You are here: Home / Weekend / Weekend Like A Mother 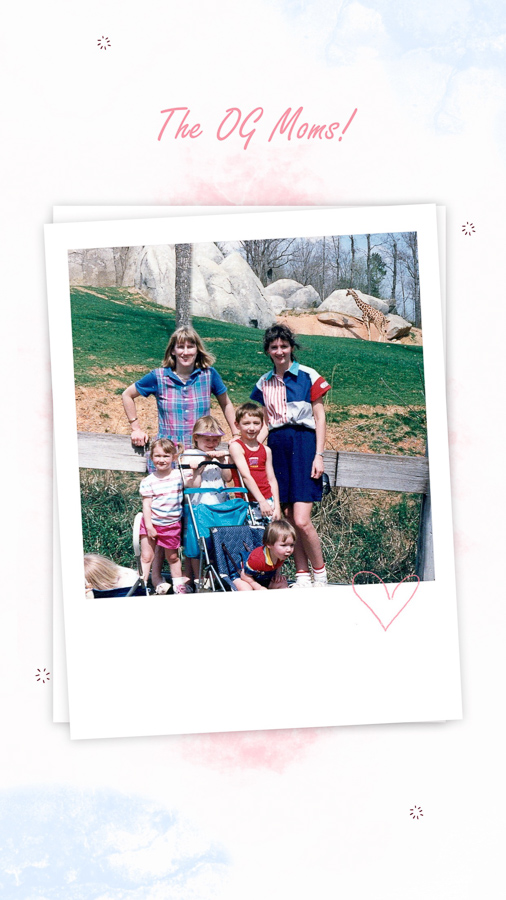 ^^My mom and her friend Cathy rocking out their 80s outfits! My visor was very on trend those days too

We had quite the whirlwind of a weekend! On Friday afternoon Matt and I took Mazen to the dentist to have a tooth pulled from complications with tooth grinding. This tooth was not loose and the grown up tooth will not come in for about 5 more years, so it was not an ideal situation. Surprisingly Mazen was not nervous because I told him the Tooth Fairy brought an extra large surprise for teeth that are pulled. And we promised a trip to Target afterwards.

He handled the appointment like a champ. And Charlottesville Pediatric Dentistry did a great job keeping him calm and comfortable. 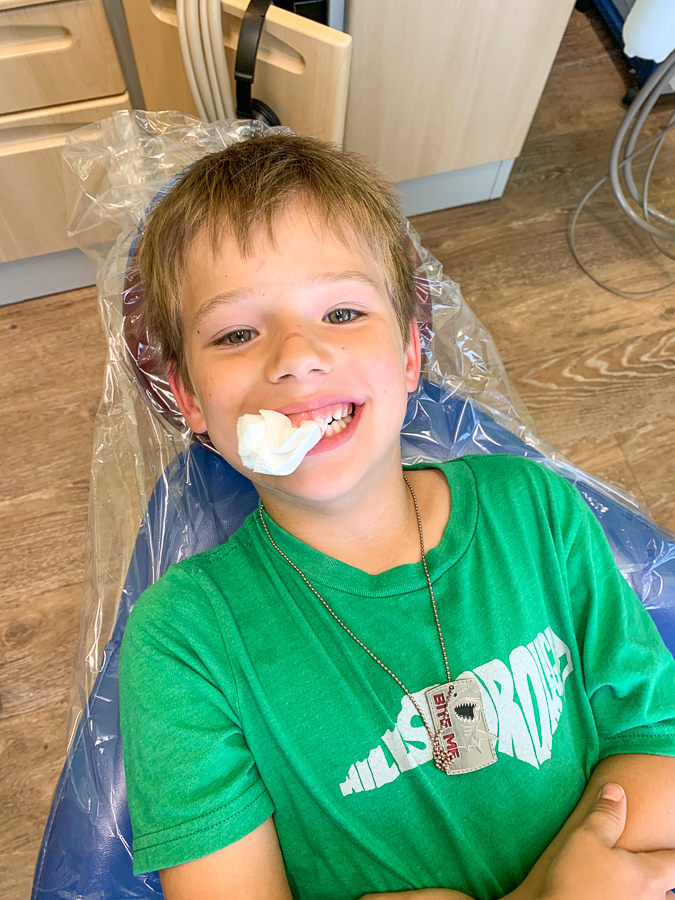 For an early dinner, I had the second half of this Roots bowl that I had for lunch. Plus a slice of broccoli cheddar quiche from Plenty. 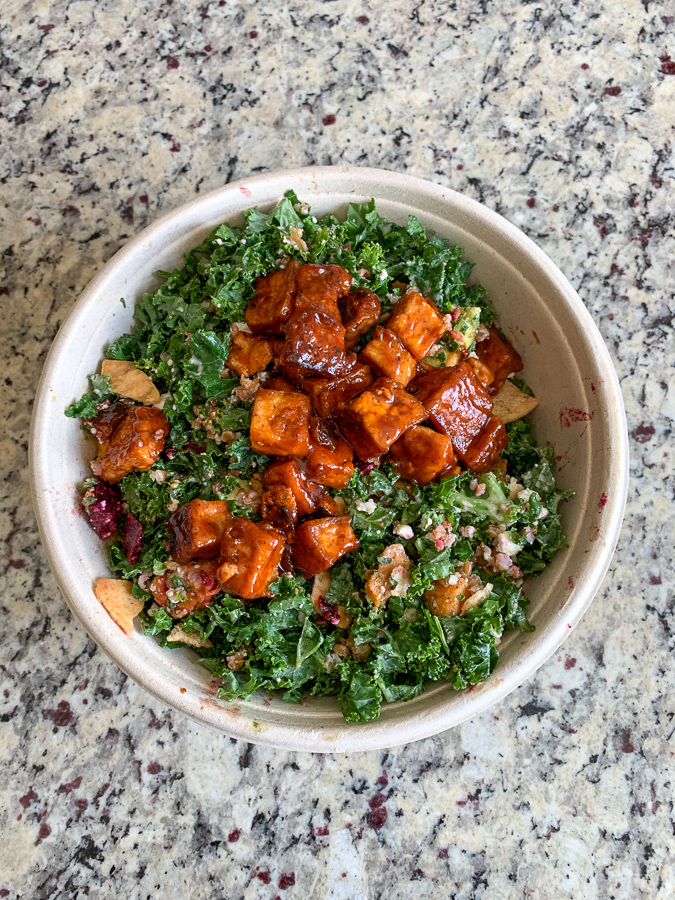 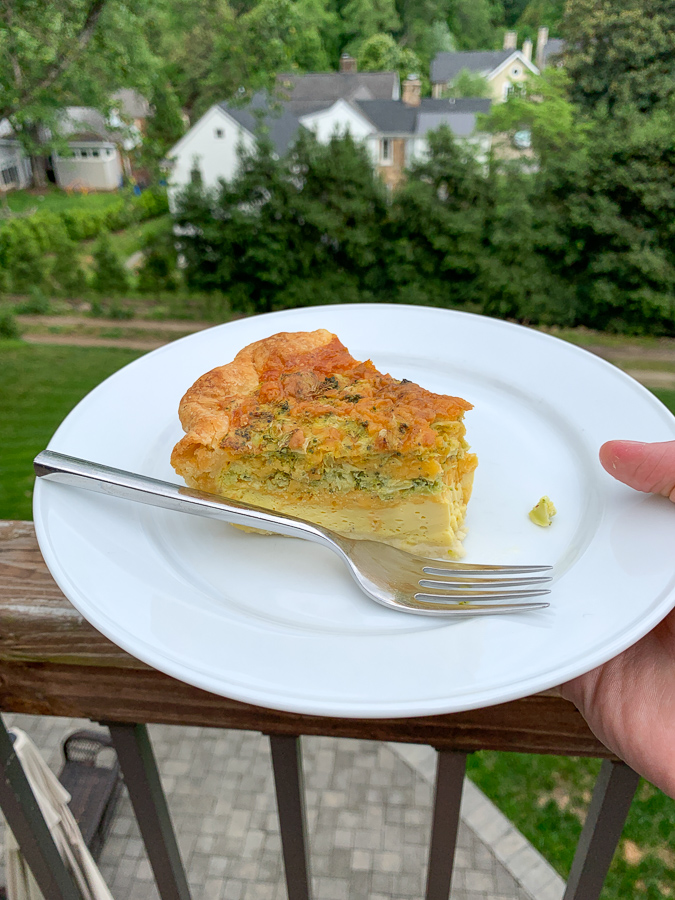 And I headed to the ACAC Rooftop to meet my friends for a little girl time. 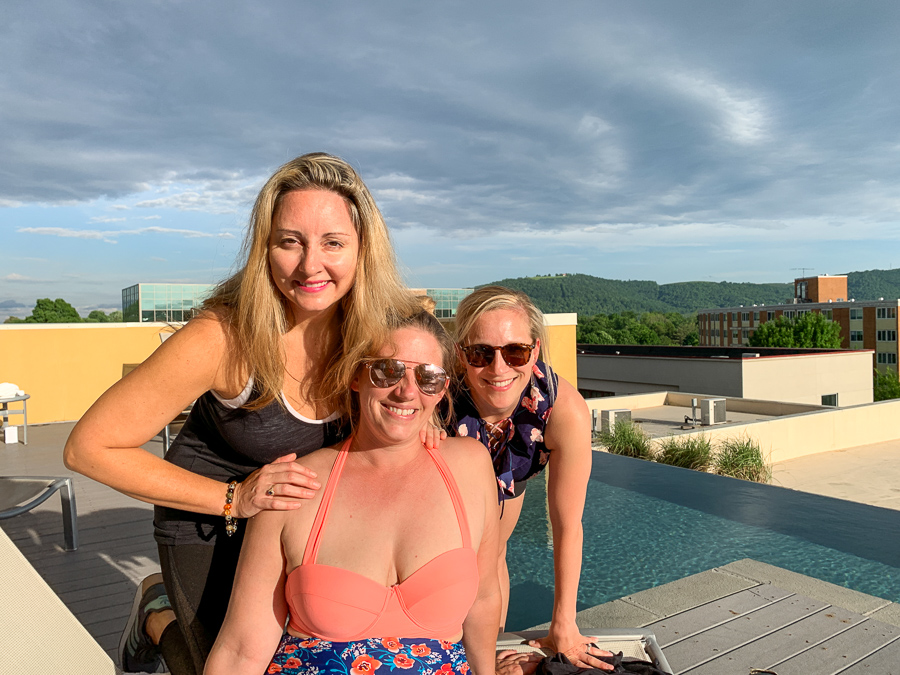 They will be serving drinks on the roof this year, so they had a special table set up and some apps. I had a Minute Man. 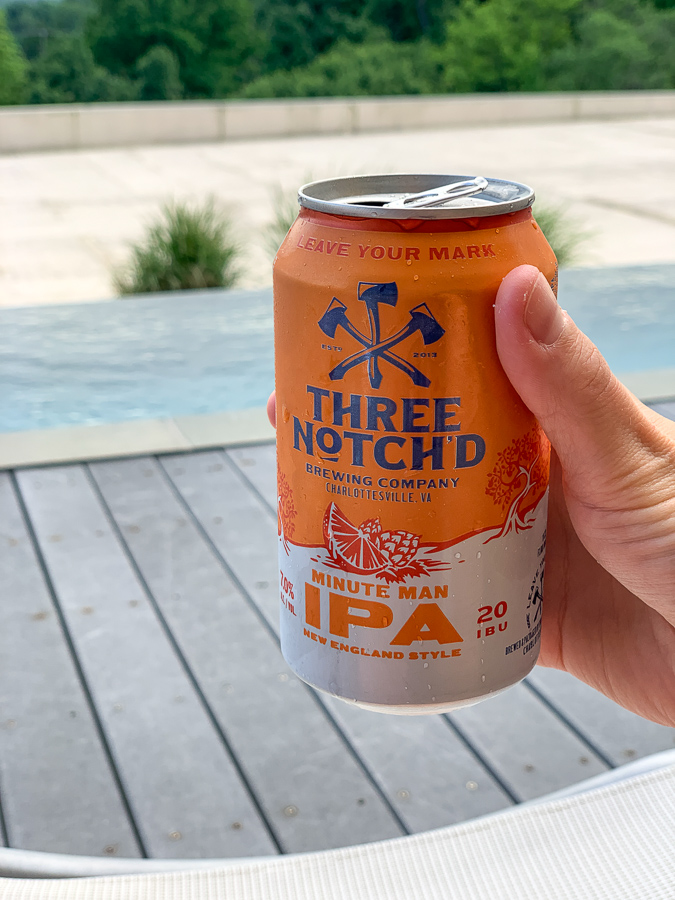 Back at home, Mazen wrote the Tooth Fairy a note and put his tooth (in the little chest) out along with the bigger chest “for the treasure she brings.” 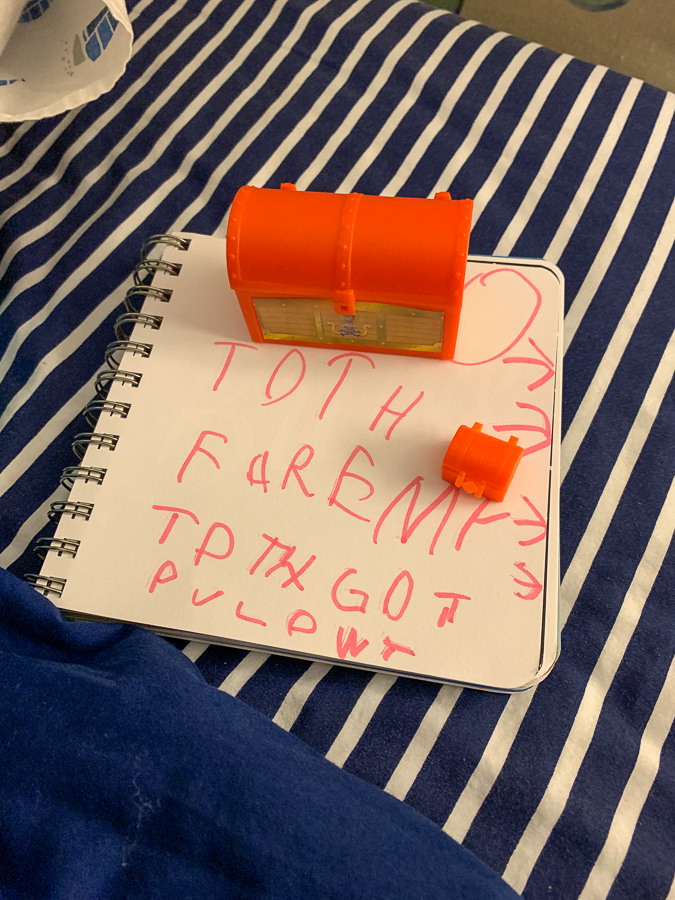 She came early in the night and brought him some of the half dollar coins Mazen is obsessed with along with a large bill. She is also hoping that the rest of the teeth fall out naturally so she can go back to paying just $1 a tooth, which is her standard rate 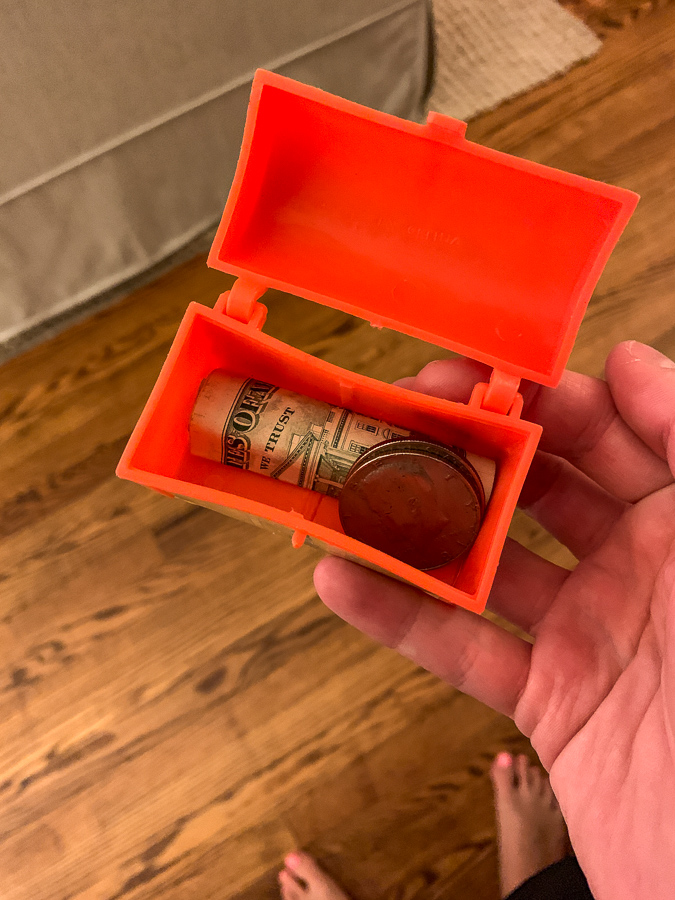 Early the next day we were all up getting ready to hit the road for Williamsburg to attend Thomas’s cousin’s baby shower. I did a really fun iFit run through a Tanzanian national park on the treadmill before having some of the French toast Thomas made for us. 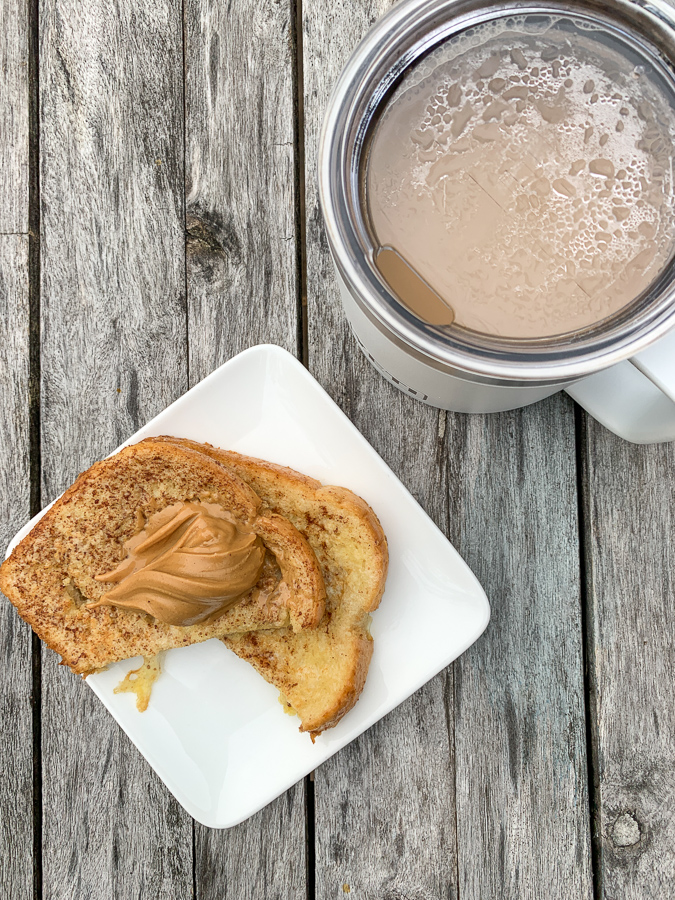 Thomas’s mom, Eileen, met us and we headed out just after 9. Birchie slept for about 45 minutes in the car and did well the rest of the ride with his Nona beside him. (The return trip did not go so well!)

Thomas went golfing with his cousin-in-law (is that a thing?!) and we went to lunch with his aunt and cousin’s daughter. It was our first time trying out the new Phil and Ted’s Lobster seat I bought at my sister’s recommendation. It was SO great to have! 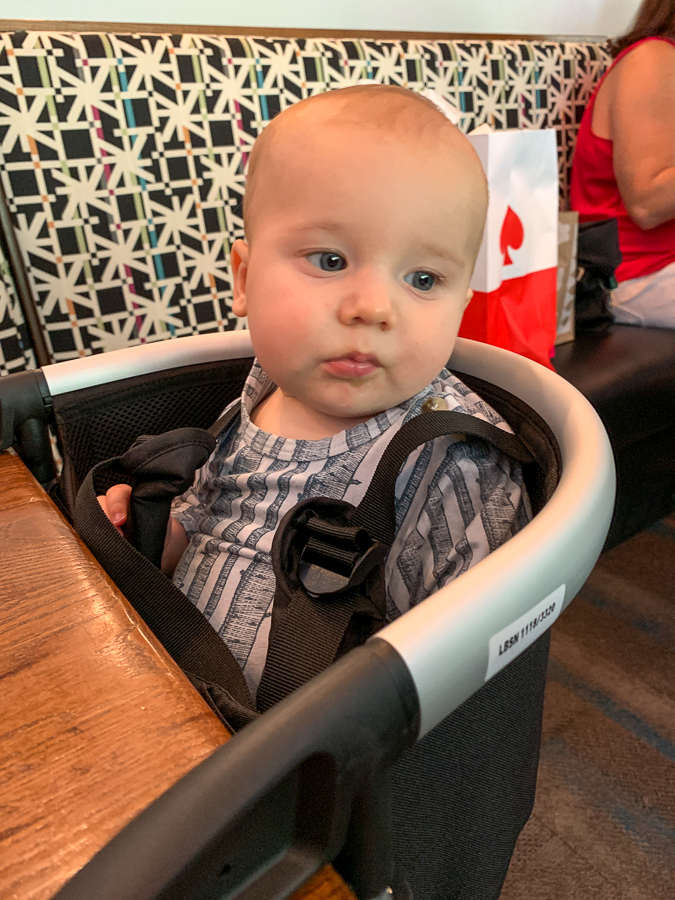 I had two fried oysters and this superfood salad, which was yummy! 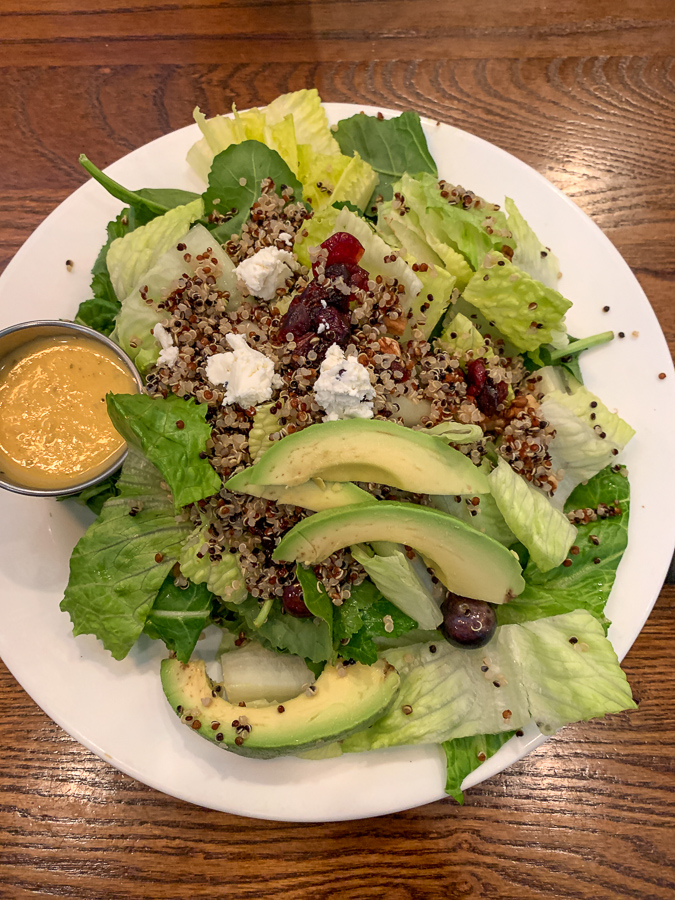 Birchie was ready for his second nap and luckily took a small one on Nona towards the end of our lunch. She has the magic touch. Doesn’t he look snuggly? 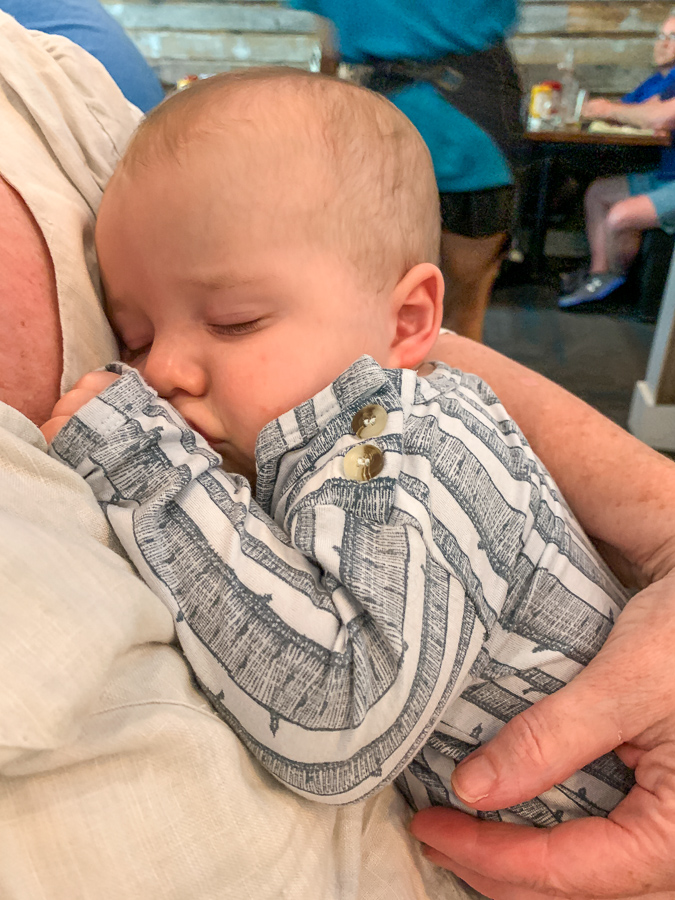 The shower was hosted by a family friend in a beautiful home. There were ham biscuits, chicken salad, fruit skewers, and hummus. 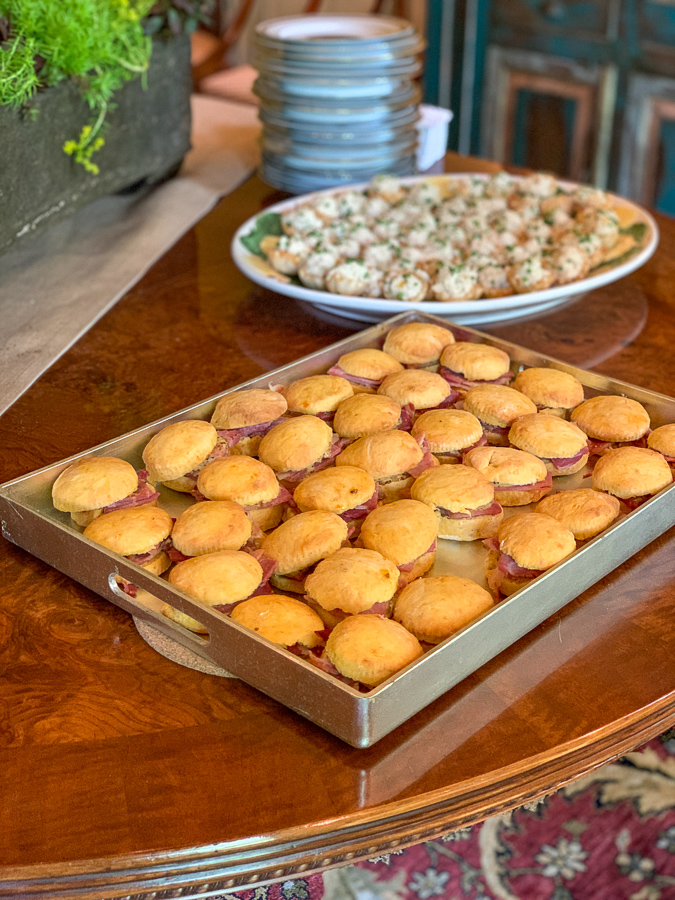 And the most delicious macarons. 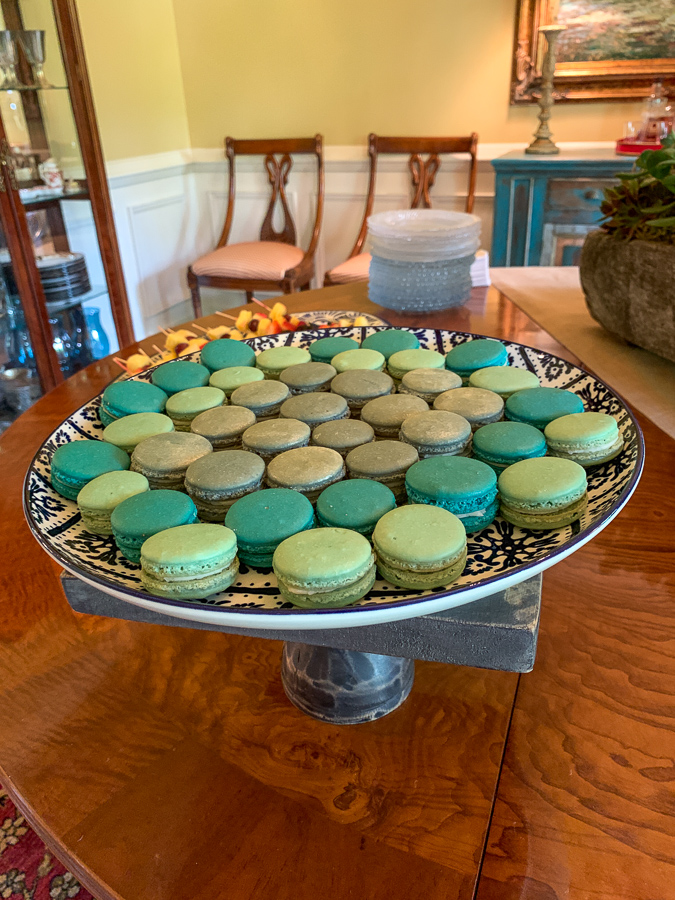 I sipped a glass of William Hill wine – a winery I visited with my sister on our last trip to Sonoma. 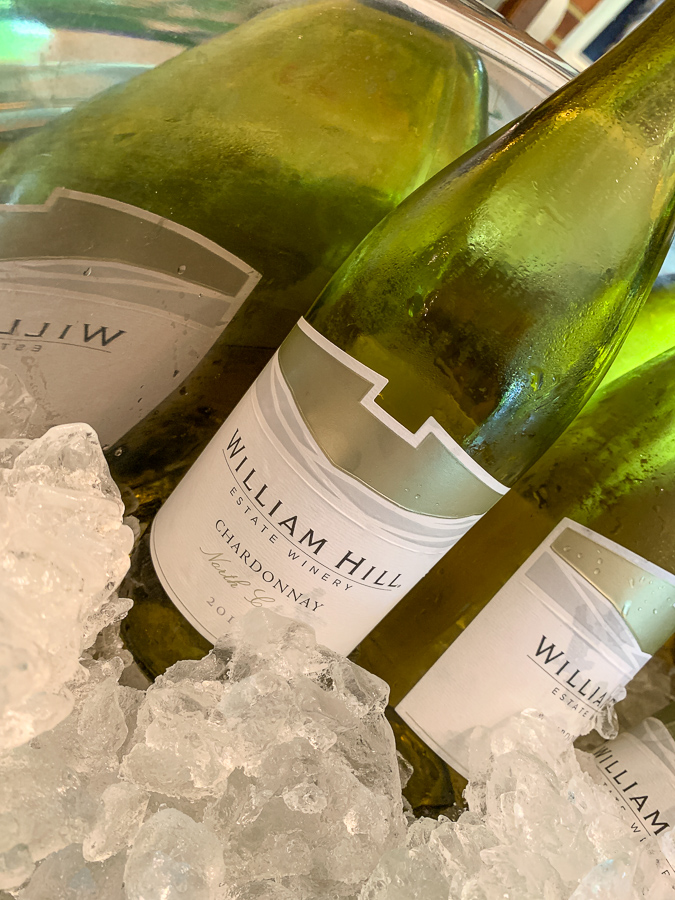 Lindsey received some cute animals for her baby boy and her niece tried to claim them as her own! 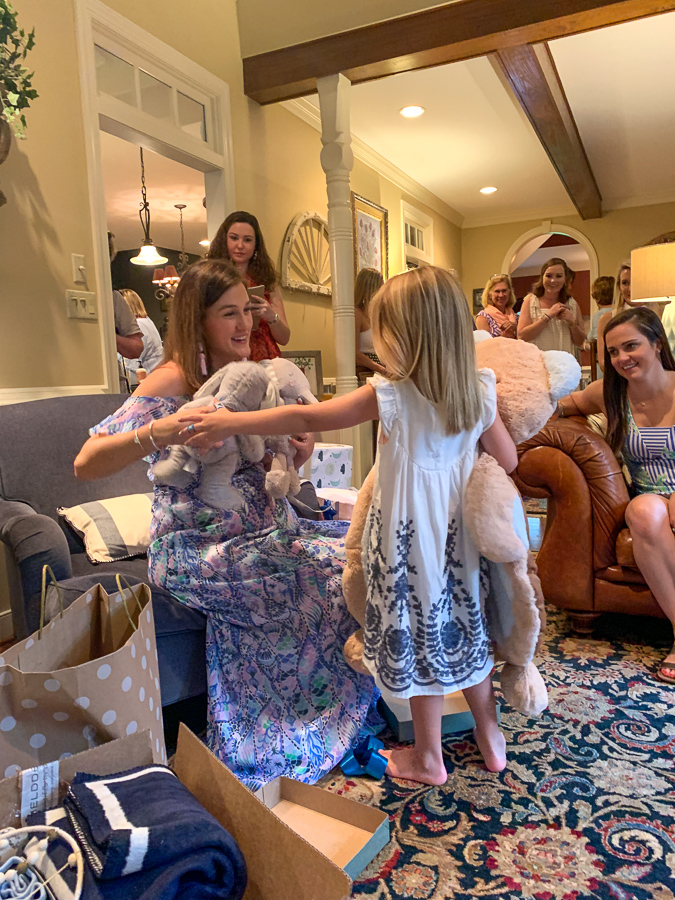 We headed out to meet up with Thomas and stopped by Old City BBQ before heading back to town.

This little guy slept for a little bit and then was SO OVER his car seat by the time we got home. It was a lot of driving in one day, but it also makes me worried for our beach trips later this summer. I think it’s time for the Clek Foonf to come out of storage. 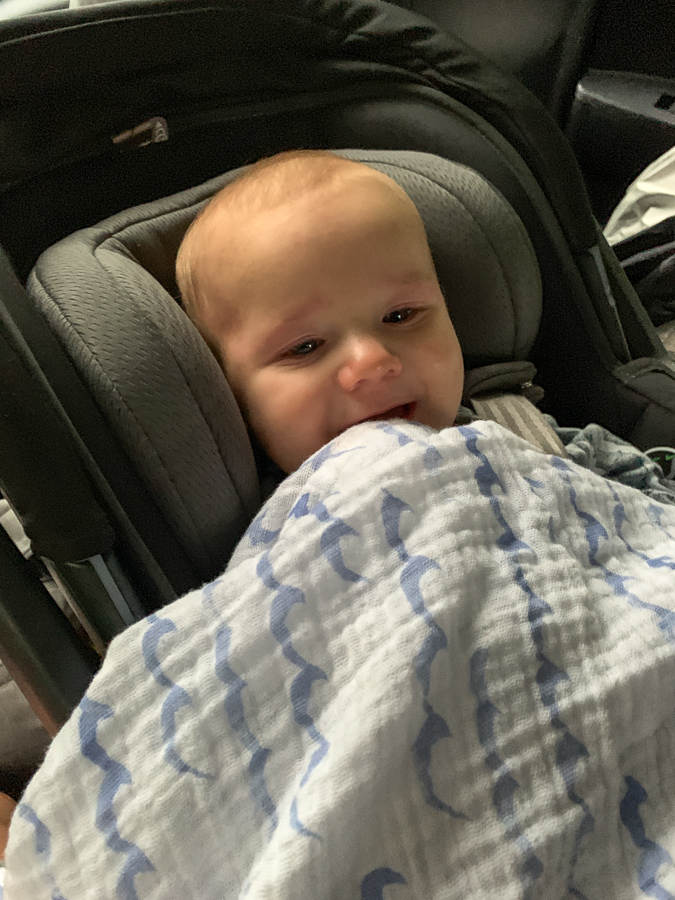 Once home, Thomas went to the grocery store for Mother’s Day supplies, and I ate my BBQ dinner, which was so good! 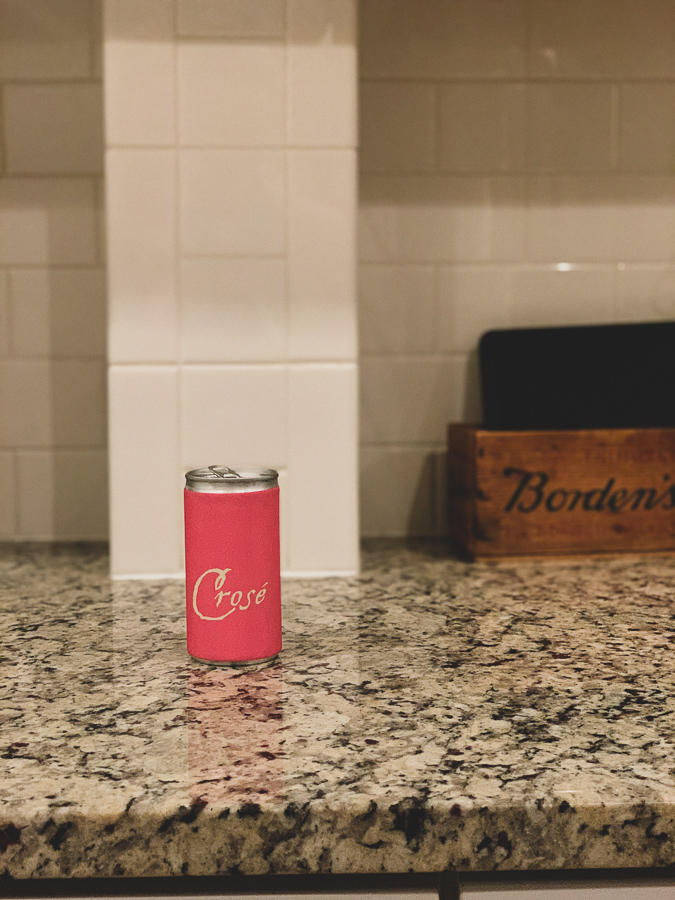 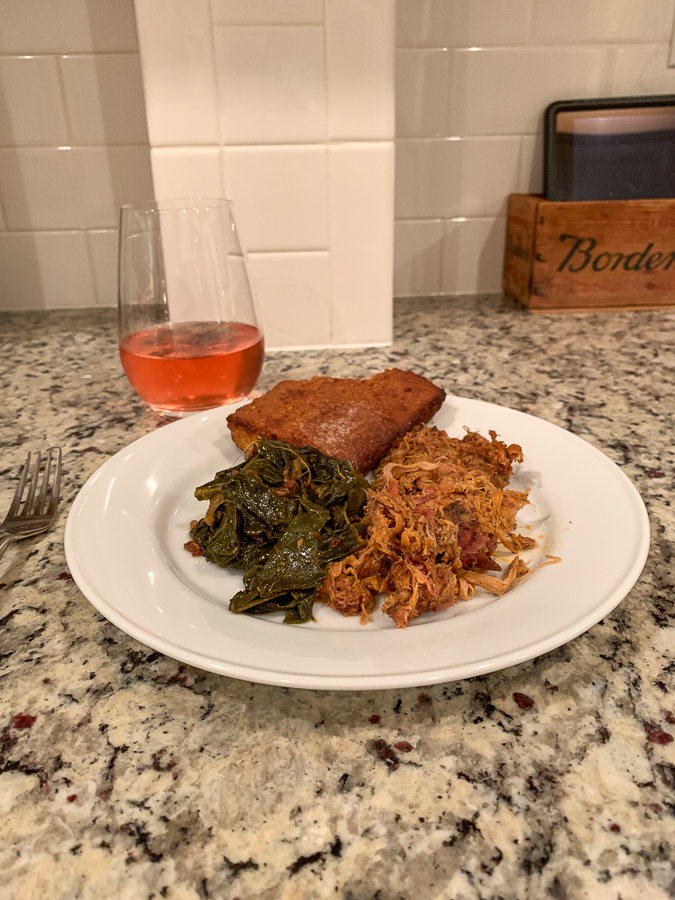 Thomas’s late run was worth it for a taste of this!! OMG – so delicious! 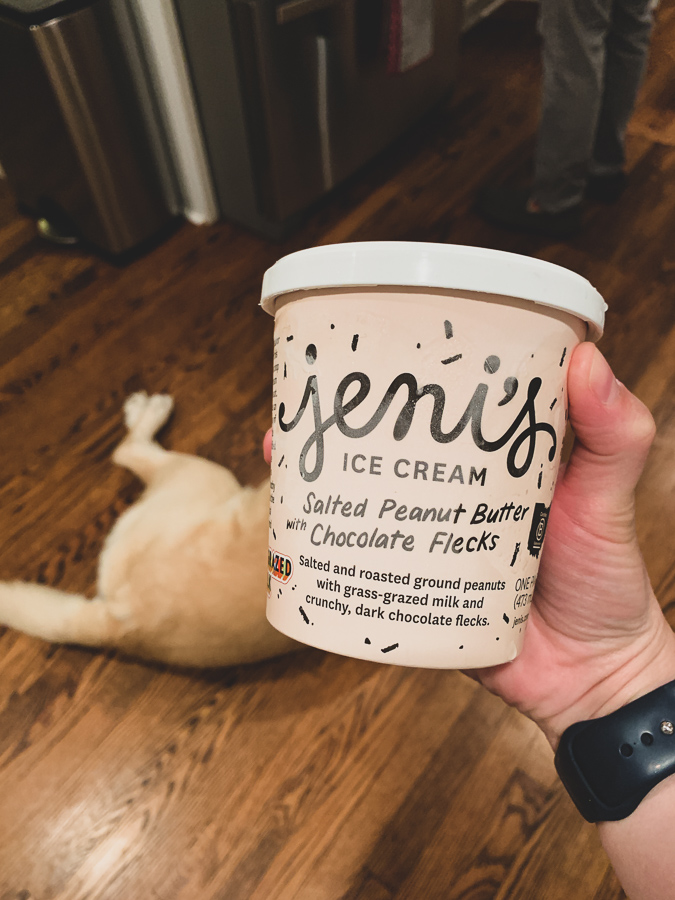 Happy Mother’s Day to our mom!! 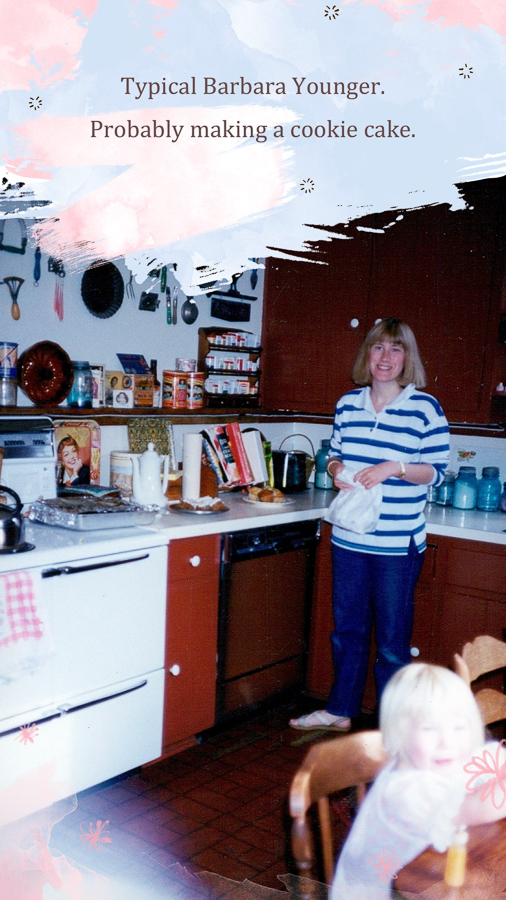 Thomas was up early working on a special brunch for our family. He also showered me with flowers and a card and lots of love! 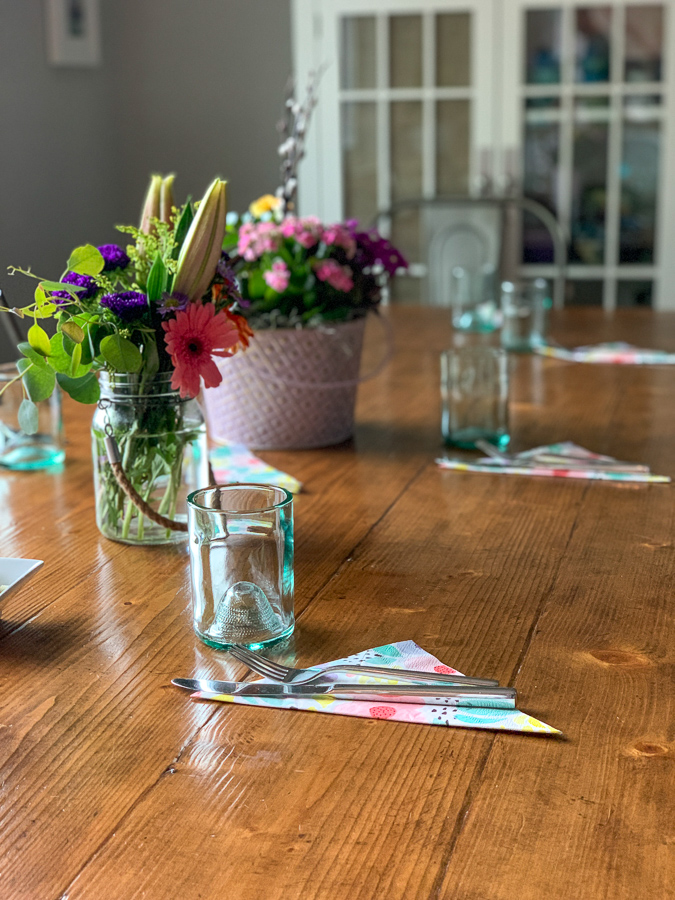 He made eggs Benedict and homemade waffles with bacon for the whole fam. And Clay brought a pretty fruit salad! 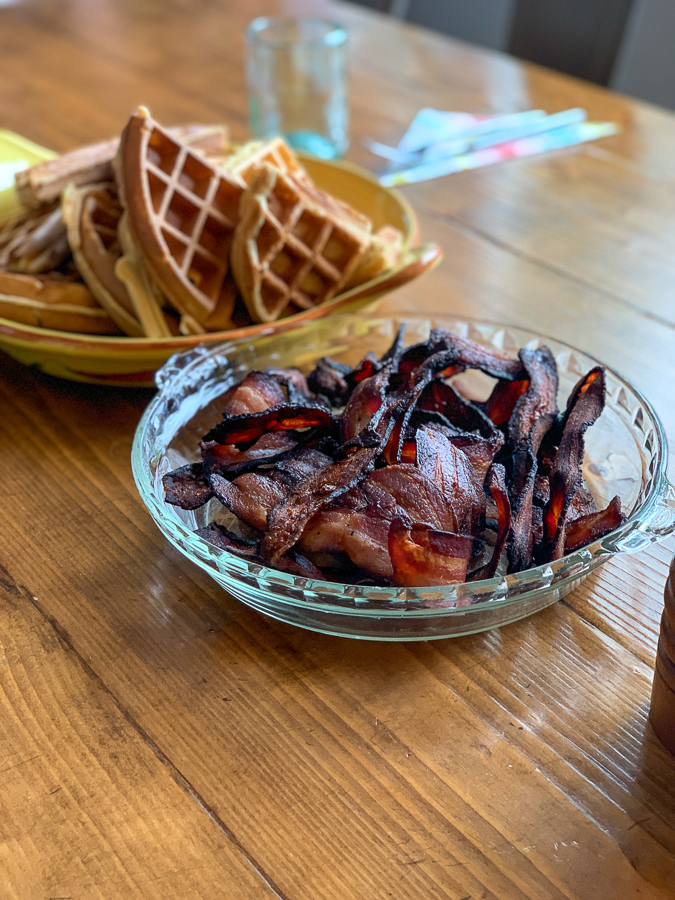 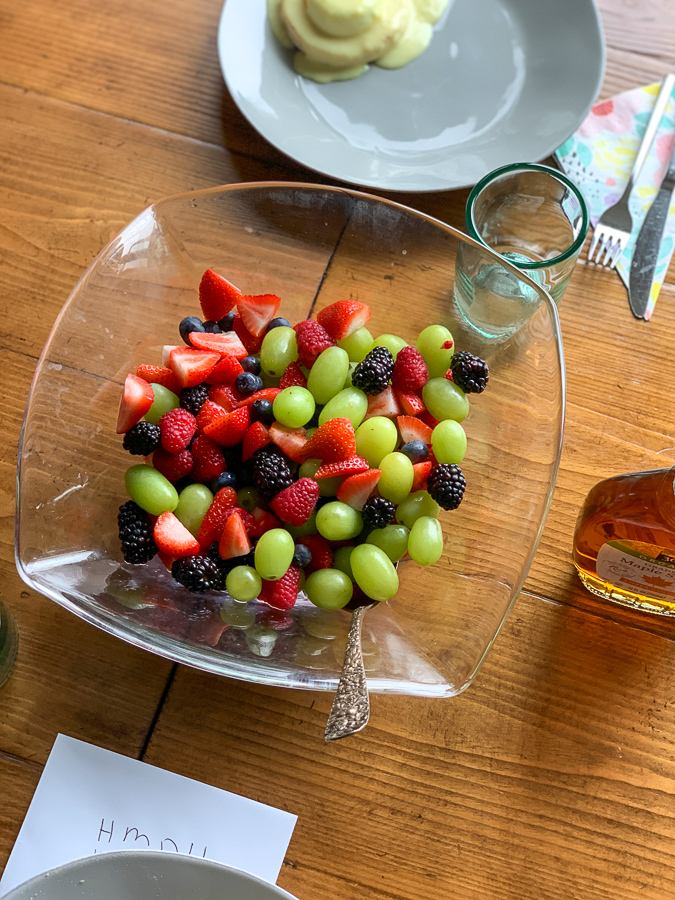 Hope you guys enjoyed your weekends <3