You are here: Home / Lifestyle / We Have A Winner! 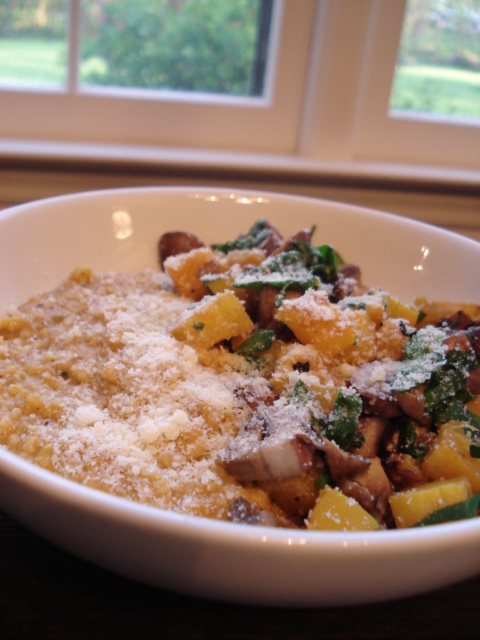 WOW. wow!! This was SO GOOD!!! I don’t think I have ever made such a flavorful recipe. And I think I owe it all to the Imagine Brand Vegetable Broth. 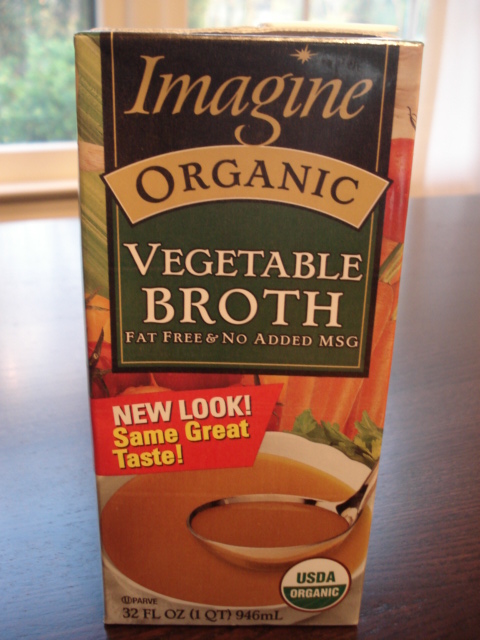 I used this guy because we were out of our homemade, but it had SO much flavor I couldn’t believe it. I normaly think broths are so overrated and use water lots of the times because it’s free, but this was amazing. There is NO squash or pumpkin in the oat risotto – it’s orangy from the broth. 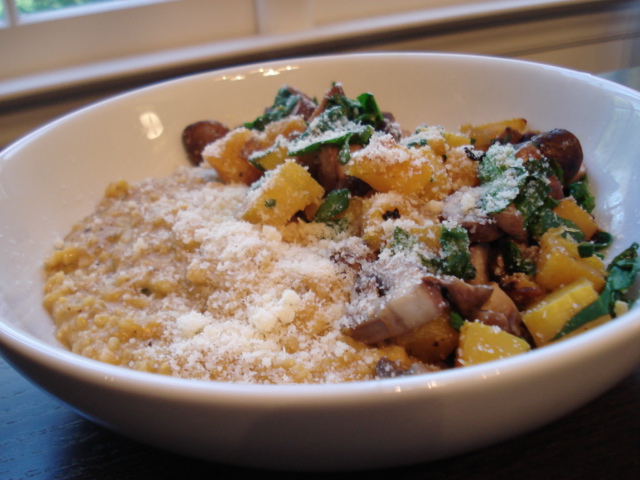 But I also owe some credit to the Finger Lakes Riesling that I polished off tonight. About 1/3 a cup of it went into the risotto and really packed in the flavor.

Here’s a link to the inspiration recipe from Cooking Light.

For my version, I baked half a large butternut squash for 40 minutes until tender in a little S+ P (I also microwaved it to give it a head start).

For the “risotto” I sauteed garlic and 1/2 a cup of steel cut oats for a few minutes and then added 1/3 a cup of wine, followed by who knows how much broth, 1/4-1/3 a cup or so at a time. I’m guessing I used about 1.5 cups of broth? I just kept adding it every time the oats dried out on the bottom of the pan until it was time to serve the veggies.

In a skillet, I sauteed the mushrooms in 1/2 a tbsp of real butter (one of the few times I think it’s really worth it because you can TASTE the butter!). Then I added the squash and spinach when the shrooms were done.

When the risotto was done, I stirred in another 1/2 tbsp real butter, 2 tsp sage and 2 tbsp parmesan.

Then I poured the risotto into bowls, topped with veggies, and sprinkled another tbsp parmesan in each bowl.

Each bowl was about 480 kcal, 14 grams of fiber and 18 grams protein. You could lighten it with Smart Balance instead of butter, even omit the butter. And use less parmesan. 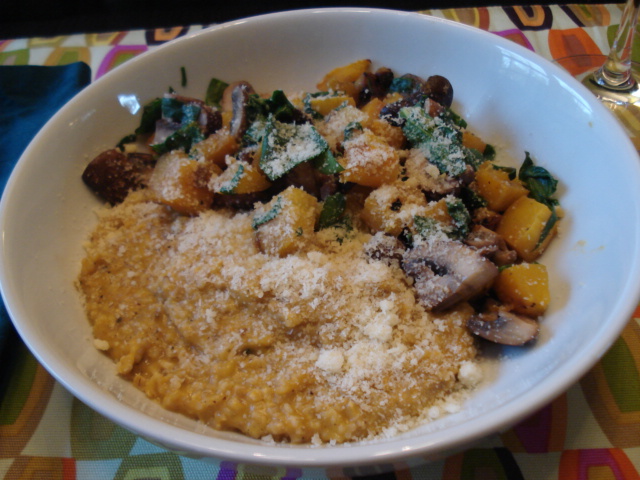 I had a 4 oz glass of the Riesling while cooking 🙂 Next to my lavender decor! 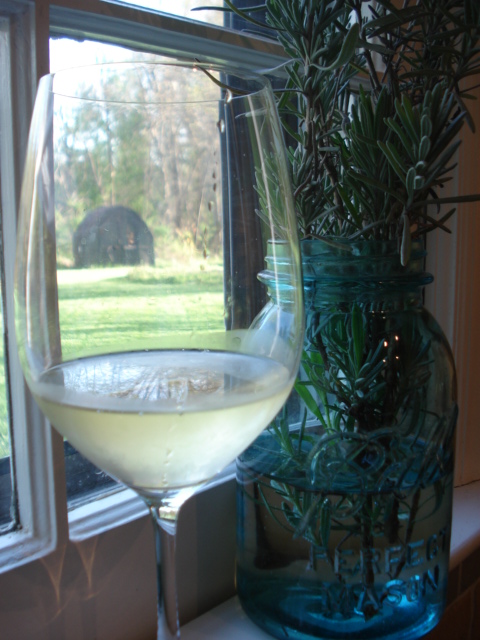 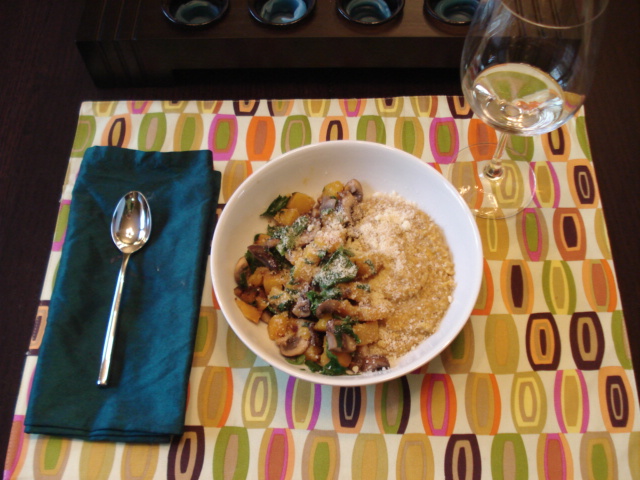 After dinner the husband and I tried one of BethT’s Chocolate-Covered Figamajig bars – yum! I had 1/3 he had the rest. 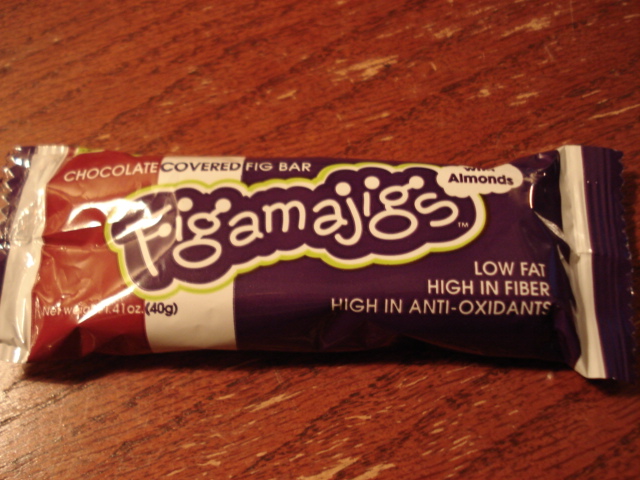