You are here: Home / Lifestyle / Two Many Cooks

We’ve had a crazy morning despite my extra time. We were up at 6, biking by 6:30, at the gym by 6:45. I normally don’t bike in the dark, but I told the husband I would bike if he went with me and he loves it when I ride my bike so much he was willing to get up on his day off 🙂 (Plus it keeps his body clock ticking early). At the gym I did 30 SPEEDY minutes on the Stepmill followed by some upper body work: pullups, pushups, shoulder raises, triceps. All the hard stuff! Then we biked home. It was cold, but it’s not bad if you wear a windproof jacket and good gloves. I love biking there because it’s like 150-200 extra calories burned without realizing it (since it only adds about 10 minutes to my commute there and back). 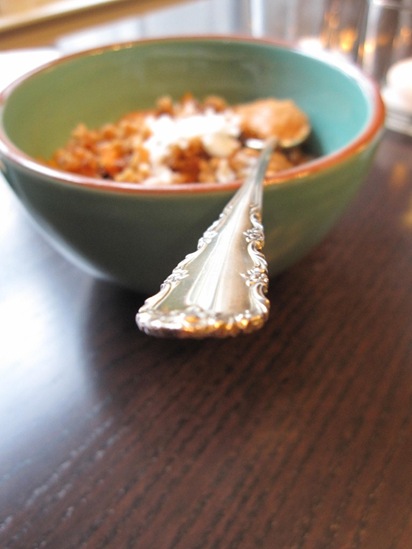 The husband and I were like two cooks bumping around in the kitchen this morning. We both wanted coffee and more than half a cup so we had to do double French press. I wanted pumpkin oats and he wanted egg oats, so we had another burner on and more microwavable stuff going. Add on oatmeal toppings and photography and it was quite busy! 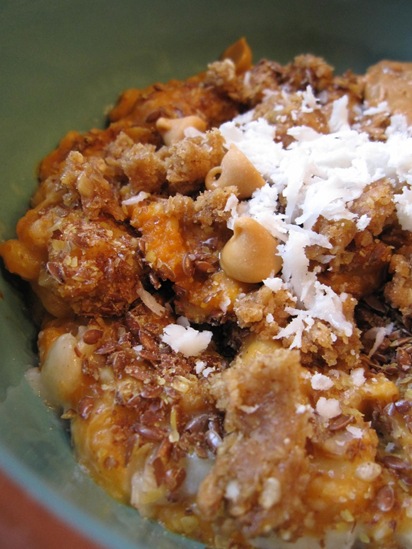 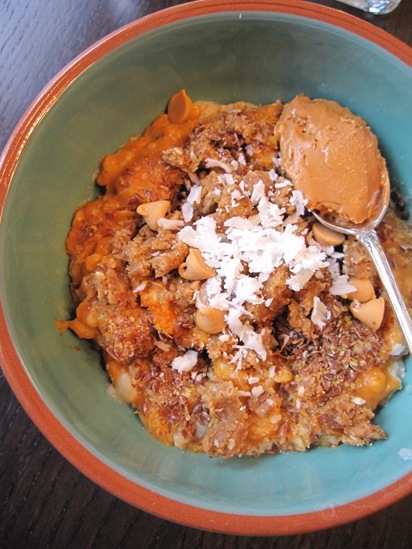 I don’t know if it was the coffee or the stress of getting everything ready, but I can feel adrenaline pumping (I just typed pumpkin!) in my veins – 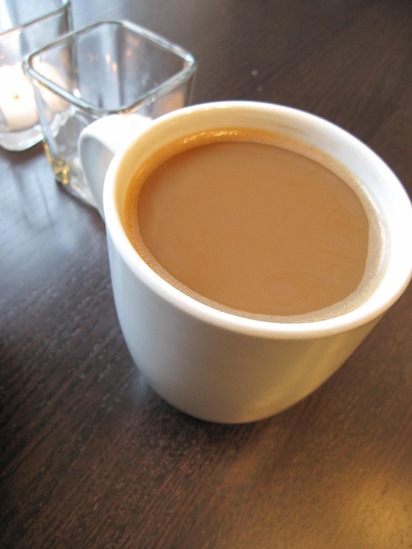 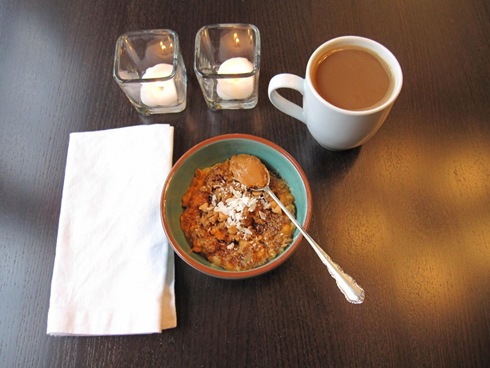 Today three of us are doing a potluck lunch. I’m in charge of bringing bread and fruit 🙂