We rarely repeat recipes, so it’s amazing that this is the fourth time we’ve made Happy Herbivore’s Red Lentil Dal and Saag!! I asked the husband what he was craving for dinner during our run today and this was his answer>. It’s got a TON of flavorful spices in it. I’d love some more super-spice ethnic recipes to try if y’all have any recommendations.

As you can see, we’ve mixed up the combos and styles a lot:

And tonight’s! I think the only thing we’ve made consistently is the dal. 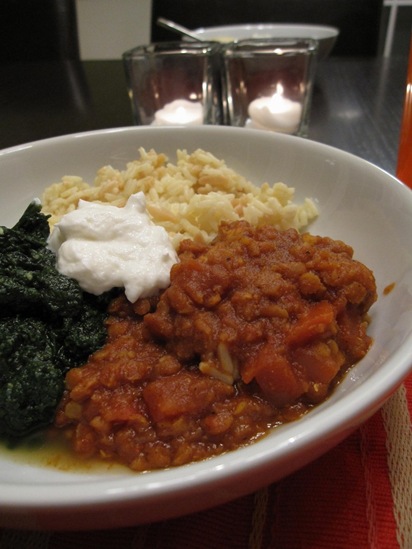 We had quite the production line on the stove tonight: 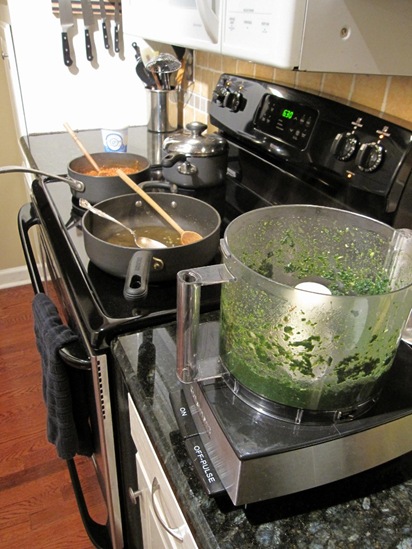 The rice portion was from a box – a Near East Rice Pilaf that I received as a sample from Quaker. It was a bit salty, so I’ll probably use less of the spice pack next time, but we both liked it overall. I should have also added some raisins like I did the last time we made the dal + saag! 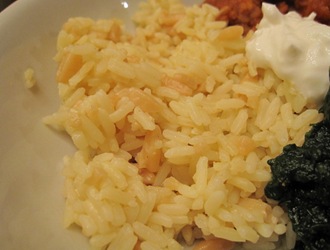 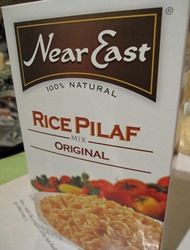 This was the first time we pureed the spinach (I’m usually too lazy to clean the food processor), and I really liked the consistency! 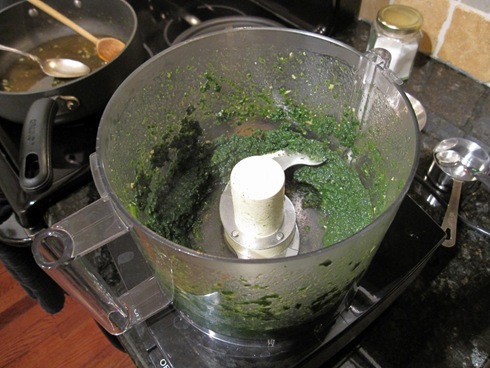 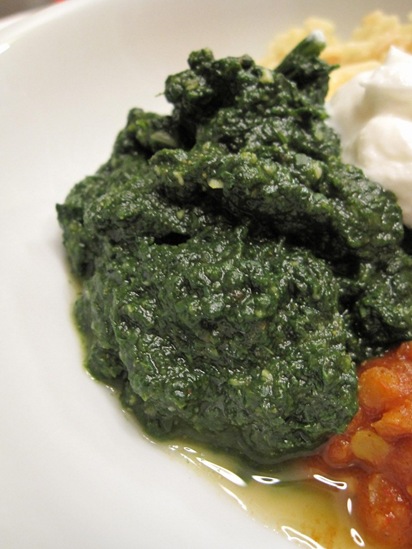 And finally, the dal. Which was yummy as ever – 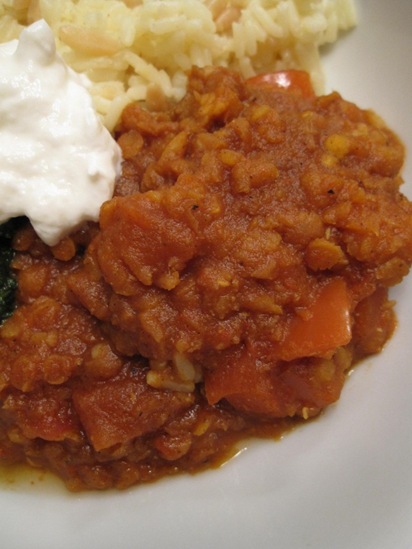 With a dollop of yogurt – 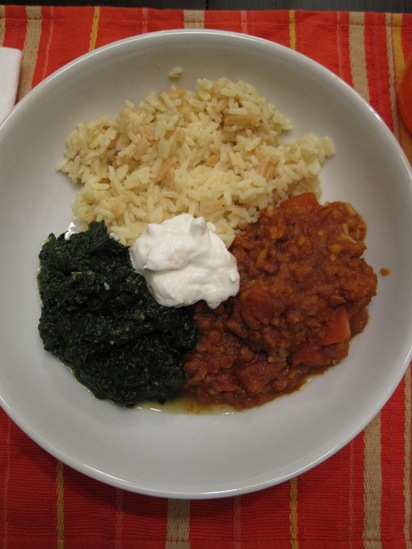 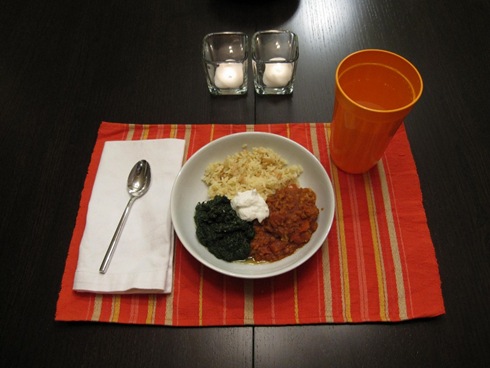 The husband made one of his peanut butter cereal surprises for dessert (he was still hungry, so he says!) and I had a few bites of it for taste purposes. 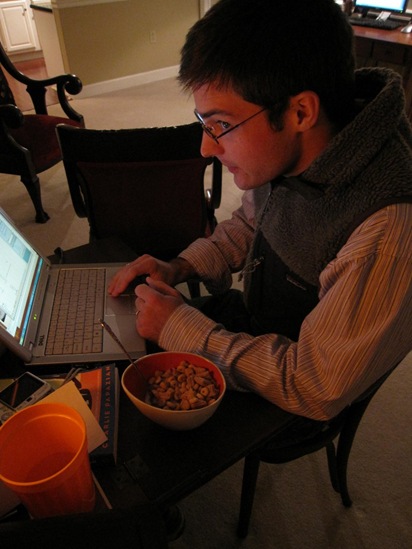 We’re having earlier dinners these days to accomodate his early morning schedule, so we were finished eating by 7! That leaves so much evening time to fill. I suppose I should be studying something….

I’d like to take a bath tonight to wind down the weekend. Good news is that I don’t have my first class tomorrow so I get to sleep in a bit later 🙂