We said goodbye to Montana with the news that…. 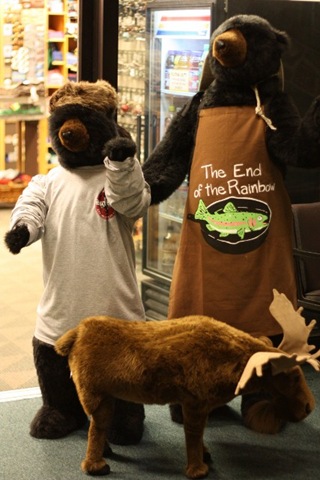 I tend to be pretty reserved about things that aren’t certain until they are confirmed, so now I can officially get excited about this amazing opportunity and lifestyle adventure!!!!! And I’m kind of in shock! I can’t believe we’re doing this, yet I know in my gut and my heart that it is such a perfect match for us. The next year – with my ADA Internship, all of the tasks involved in opening a small business and MOVING – is going to be quite the whirlwind. So excited to move onward!

More really fun news: because of my Delta silver medallion status from the billions of miles i accumulated going to Africa this year, we were upgraded to first class on our flights today! I didn’t even ask – we were just called to the front. How awesome! I collected some Biscoff and a banana on our first flight to save for later.

Upon arrival in Minneapolis, we had exactly one hour to change planes. Since hundreds of you recommended the French Meadow Bakery, we made every effort to go. After a very brisk 15 minute walk to the complete other end of the airport, we found it, not realizing it was a sit-down format.

However, Junior, the friendly bartender, coerced us in and said we’d have plenty of time to dine. 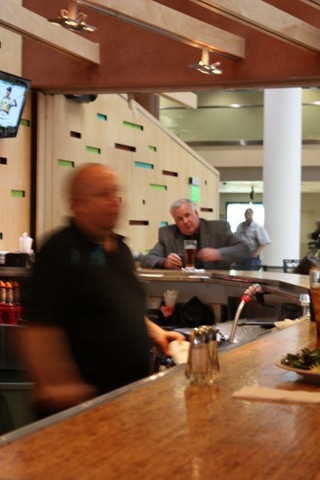 He was a very good salesman because he managed to sell Matt a beer (although how hard could have that been, really!) 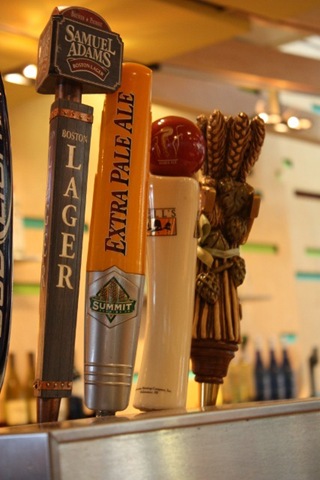 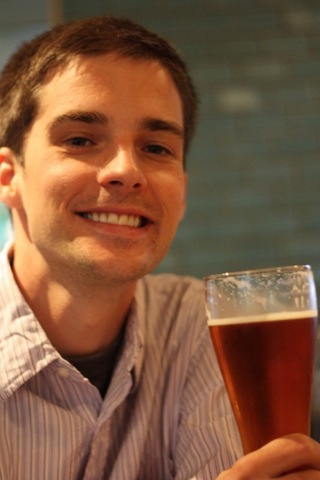 You know I had a few sips too 😉 Plus a sample taste of the Budweiser Wheat Beer that he gave us. I didn’t think it had that much flavor though 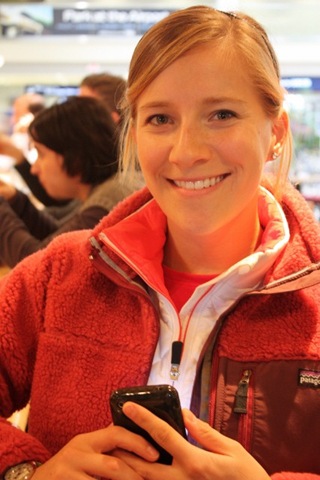 We had to quickly decide on lunch and I really wanted a salad, but with some heft. I eventually settled on a veggie burger on a sprouted grain bun that came with organic greens 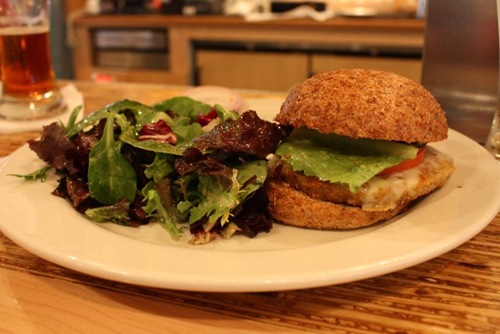 I didn’t know it came with cheese, but it sure tasted good. I blame the bun for the goodness!! The greens were fabulous too with hints of rosemary. 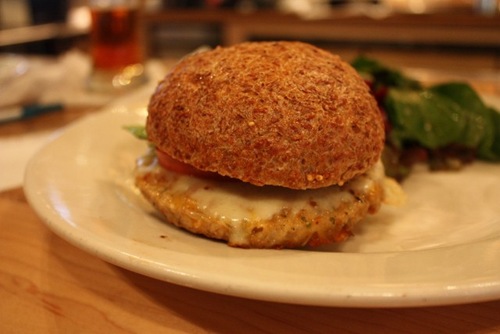 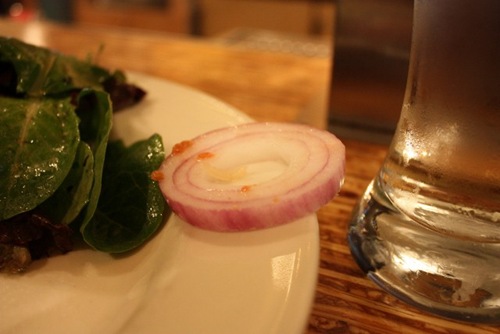 Matt got a croissant turkey sandwich with baked potato wedges – it was pretty good too! 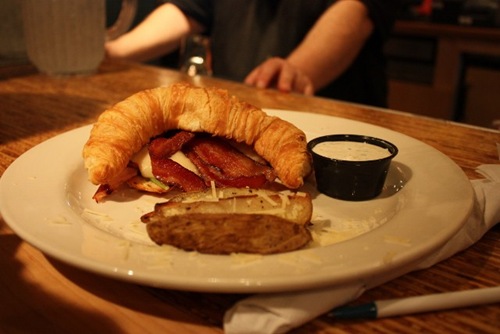 By the time we’d taken a few bites of lunch, we figured our plane was boarding and we had a hike to go to the gate. So we packaged up the sandwiches to finish in the air. 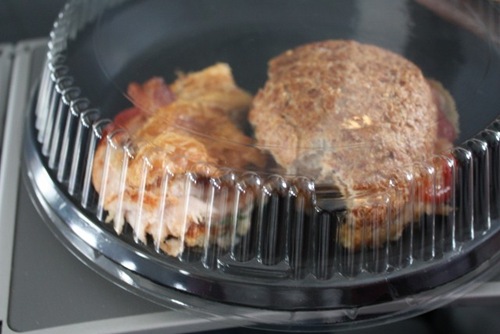 I finished my whole burger on the plane – I was starving because of my cereal breakfast. I told you I never holds me over as long.

And had a Biscoff from flight #1 for dessert! 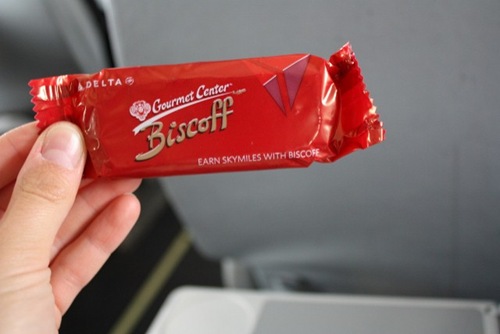 Mid-flight the flight attendant came through the first class cabin taking LUNCH orders!! D’oh!! I imagine our lunch was better than the chicken wraps and chef’s salads that were served, but you know I can’t pass up free food so I asked if I could just have the fruit and brownie portion.

I was pleased to find a Dancing Bear brownie!! However, I wasn’t really in the mood for dessert having had lunch not too long ago, so I’m saving it for later. I did eat the fruit and my vodkaless vodka cranberry 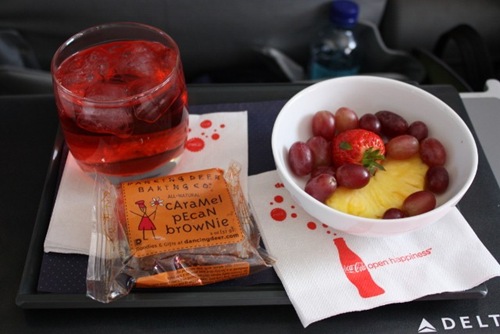 And finally, you know they give out free alcohol on first class flights (boy did we score with this upgrade!)

I didn’t need or want wine, but I think she misunderstood my "no thank you" with a "thank you" and Matt and I were served anyways!

And you know I drank most of my glass 😉 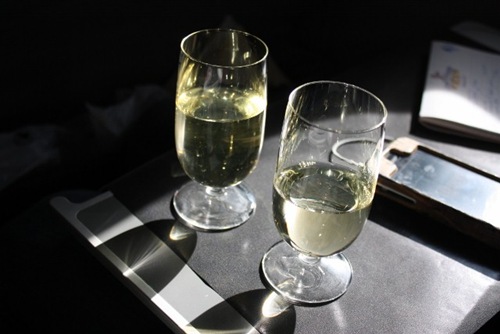 I’m feeling so good about my school work load this week and am excited that the next two weeks will be pretty low-key with minimal traveling. And a birthday!!!

A big thank you to Amanda for picking us up from the airport!!