You are here: Home / Lifestyle / The Palace

Wow are we impressed with the Wingate Inn!! Don’t know if it’s in contrast to our frontier hotels from the past two nights or what, but everything here is so nice! The fluffy bed with down pills, the citrus-smelling shampoo and soap, the towels that smell like clean laundry, the extensive continental breakfast. Definitely recommend this hotel!

The past two nights we have debated exercising in the morning, but we’ve had to be up so early anyways that would have meant a 5AM wake-up and we decided it wasn’t worth it. We have plenty of time to exercise the rest of the week 🙂

So we roused and went down for breakfast.

I decided I was in the mood for cereal when I saw they had some whole grain options. I got a packet of Total Raisin Bran and some Cheerios. Plus a banana 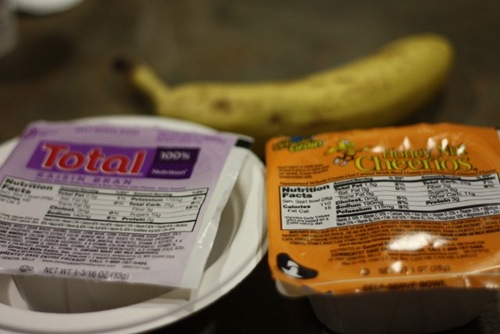 And – some old fashioned peanut butter. Folks, trans-fats will not hurt you in a tablespoon portion a few times a year. 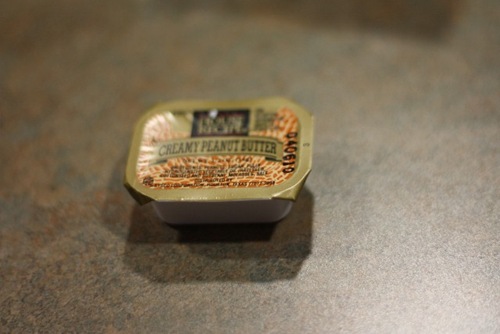 My bowl was delish 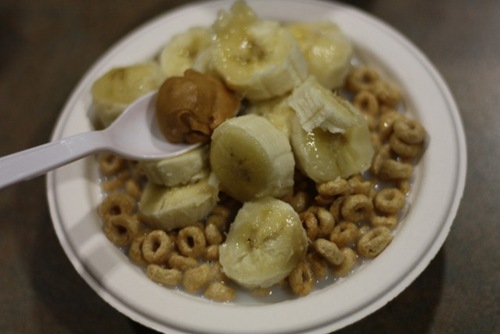 But not the mooooost filling. I think something about hot thick oats makes them stick to your ribs!

The coffee was rather meh, so I’m keeping my eye out at the airport. 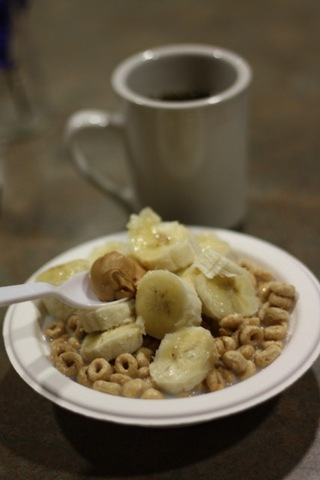 Gotta get there soon – our flight leaves at 8:45 and we should be back in Charlotte by 5PM if all goes well. Lunch will be in Minneapolis and hopefully our hour layover (almost wrote hangover!) will be enough time to grab something hot. Otherwise the snack bag it is!