You are here: Home / Exercise / Tortoise Or Hare?

Oops this was supposed to go up tomorrow but I pushed publish too soon! Enjoy the double post Thursday!

Guess who registered for the Charlottesville 10 Miler! 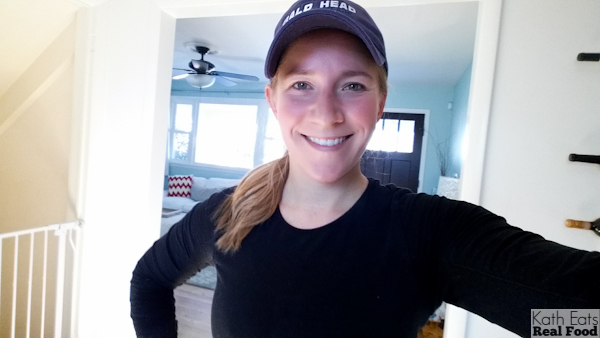 I haven’t been in a good running grove since…2011 maybe? Back in the day I used to run outside a lot, and consistently 6 miles or so at a time. Once time I did 8 for fun (imagine that!) I used to sign up for races more often, and my greatest distance was the Racefest Half Marathon in Charlotte (at an 8:41 pace!)

That’s not gonna happen this time around. First off, I’m older 🙂 And second, I’m just not planning to train like I did then. I was focused on getting the best time I could, and this time I just want to run for the fun of it! These days I run once a week for about 4 miles…with the occasional 5 miler or second run in the mix.

Ten miles seems a lot easier than 13+ though. I’m sure I could run them tomorrow if I needed to. Of course that’s not the best plan of action for my legs 🙂

I started training last weekend with 5 miles, one more than I’m used to, and it took me about 48 minutes (with a few stretching breaks). My cardio fitness was great (thanks, athletic conditioning and soccer!) but my muscles sure were stiff. I blame the freezing temps. Boy I wish I was in Florida right now!

Here’s my basic training plan for the weekends between now and March 21 pulled from my Google Calendar and discussed with my friend Nelle, who is a speed demon runner:

Ideally I’d do 2 outside runs during the week in addition to the weekend longer run, but I don’t think that’s going to be feasible with Mazen, so my plan is to do at least ONE 4 mile tempo run outside during the week (hopefully on Tuesdays when Matt can either go into work late or come home before sunset) and one treadmill run of 3ish miles at the gym, probably Fridays. Treadmill is not ideal, I know, but I can’t leave the gym with Mazen in Kidszone, and it’s too cold/dark to run outside with him this time of year. I’m also going to have to plan around soccer games. I shouldn’t run the day after a game because my legs are usually really sore, and our games come and go on random days.

As for my time goals, I once ran 10 miles in 1:29 when I was training for my half. I’m not putting that kind of pressure on myself this time, but I’d like to shoot for less than 1:45 or so. I have heard that the 10 miler course is pretty tough, but since my 5 miler this weekend was about 48 minutes long, I think shooting to double that (and assuming some improvements in pace during the training) is reasonable. That would put me at 96 minutes, or 1:36. Add a little time in for slowing down in the second half, and 1:45 sounds good. Maybe it’s a little too easy of a goal, but again, this is for fun! I have a handful of friends who are also running it, so we’re hoping to do some of the training runs together.

I just bought some new shoes and dusted off my Camelbak! (I wonder if my Garmin will still hold a charge?) I prefer to sip water slowly instead of stop at water stations, and my Camelbak Charm is pretty comfortable. This time of year though, I hope the water doesn’t freeze in the tube! I’ll probably do another batch of my homemade sports drink for the longer runs since that worked so well last time.

So that’s my plan. I’d love to hear any suggestions from any hard-core runners out there! Should I be running 10+ miles before race day? Should I be dropping down to 4-5 more often?