I ran like the wind!!! And we had such great weather. 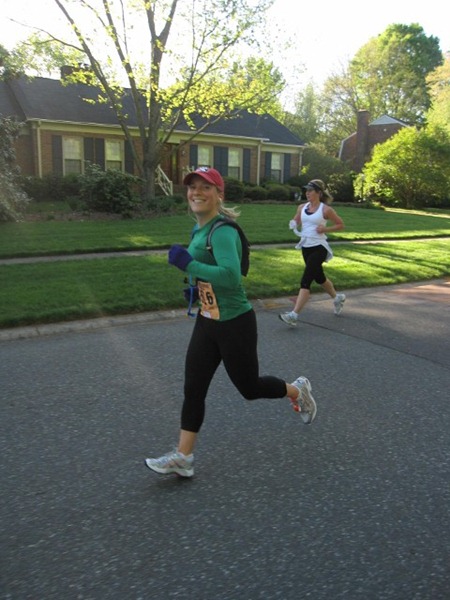 Backing up to this morning….

I rose at 4:45 when the alarm went off and marched straight down for oatmeal and coffee. To be honest I really wasn’t hungry and it was too early to eat, but I knew I had to or I wouldn’t digest in time!! But of course, oatmeal never tastes bad 🙂 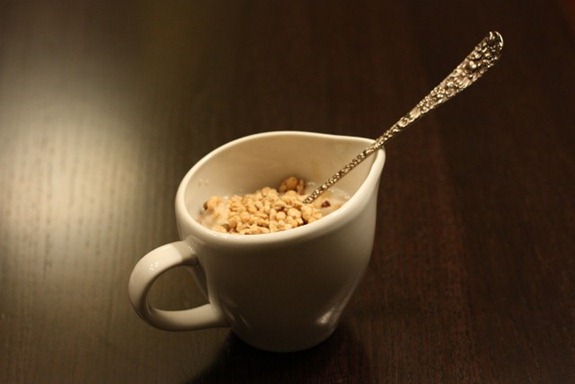 I was SO THANKFUL I had done a trial of everything and could reference it for my oatmeal amounts. I decided to use quick oats that we have on hand for their higher glycemic index (and therefore faster digestion) but went with 1/4 a cup of milk this time and some granola on top for fun. 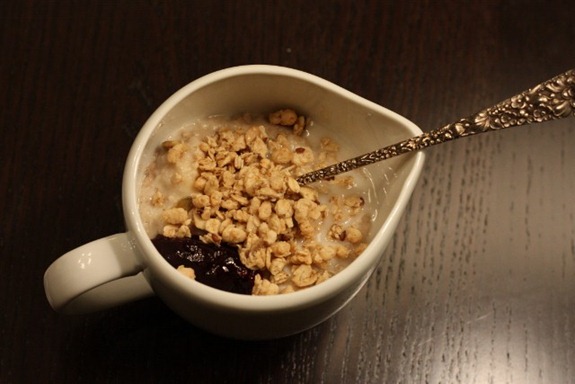 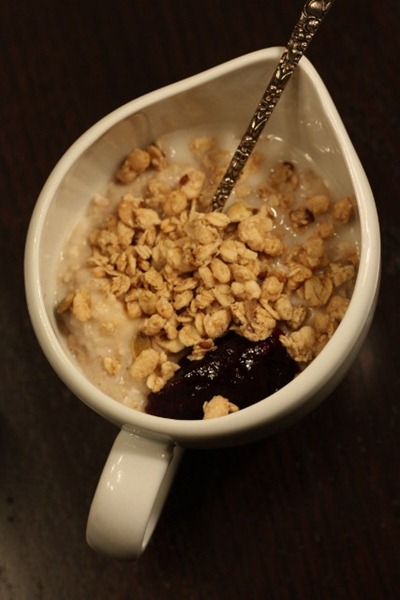 My ergogenic aid and laxative 😉 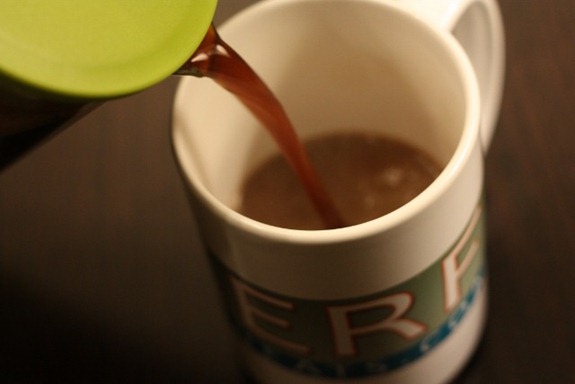 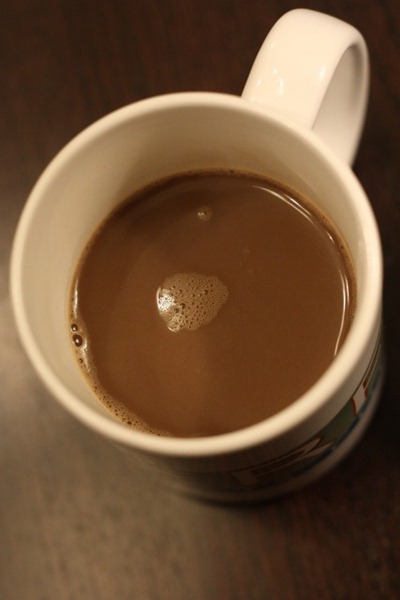 Perfect breakfast!! I was totally digested and ready to go at 7:30 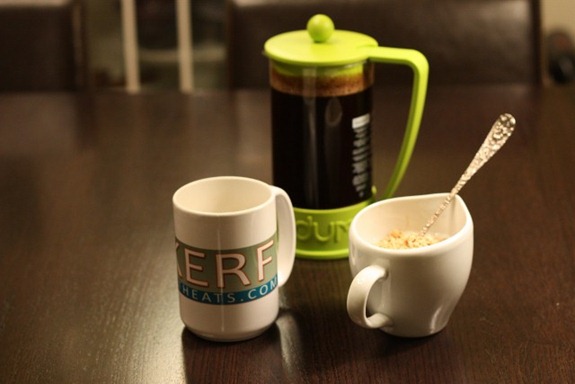 I mixed up my homemade sports drink according to last time’s measurements. But this time I used Simply Orange instead of fresh orange because that’s what I had on hand.

And then Matt and I departed! The race was 4 miles from our house 🙂

It was QUITE cold out there before the race, but parking was a breeze thanks to the start being at the mall so we didn’t have to stand outside too long. I got to wear my fleece, which was great. 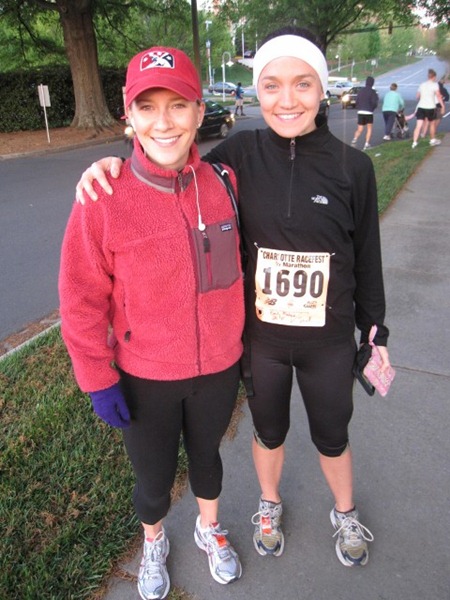 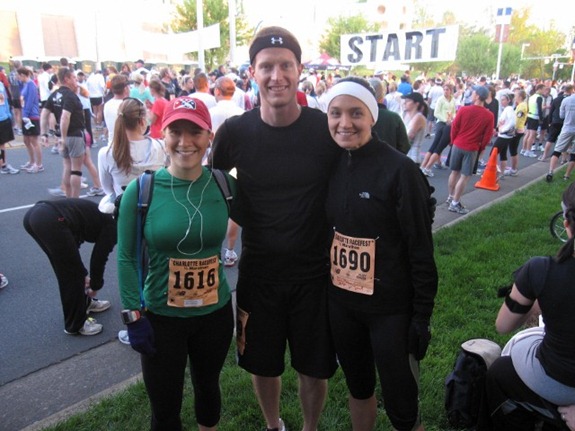 There was a bit of congestion at the start (which thankfully was right at 7:30!) because the half marathoners had to be in a different area and they waited until the last minute to tell us. But we probably only lost a little bit. We encountered some annoying clogging of the street in the first mile, but by mile 3 it was pretty spaced out. 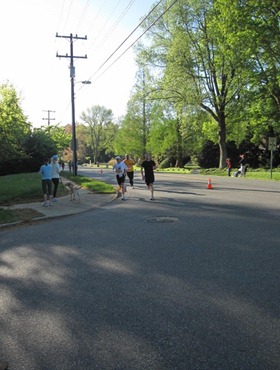 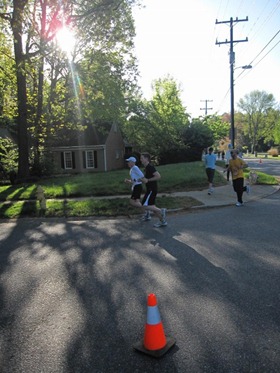 The first 6 miles were pretty easy, as they were last time. Emily said I was running too fast at one point – a sub-8 minute mile!? I don’t believe her, but I did slow down a bit so we could continue running together and to conserve energy a bit. We talked a bit around miles 6 and 7 about going to the beach together! Fun topics 🙂

The mile 7 hill was tough, but I was mentally prepared. But I lost Emily on that hill. If you remember, she had to take a few weeks off of running due to some lung sickness and didn’t know until this week if she would even be running! Luckily her lungs healed fast, but she didn’t want to give this race 100% (or might not have been able to!) so I went a little ahead. I looked back a few times, but I didn’t want to trip so I just went on and told Matt, who was biking beside me at the point, to go tell Emily I said rock on! 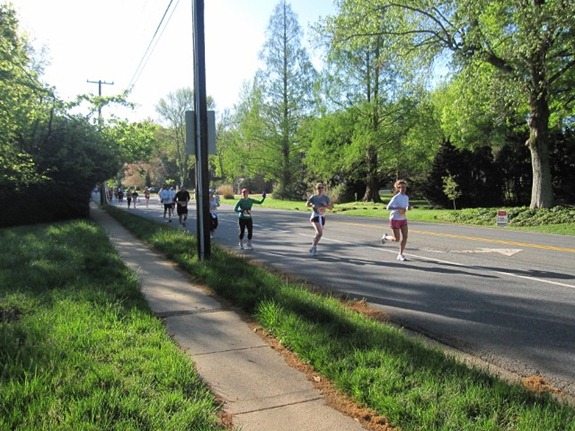 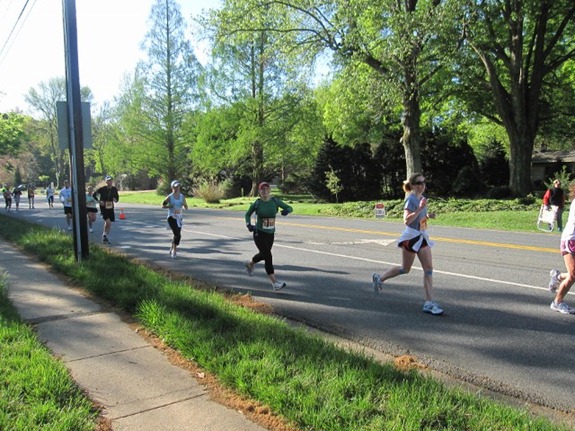 Turns out Emily was just behind me! 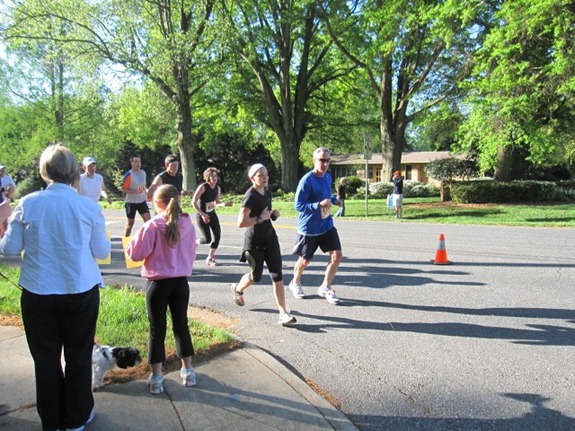 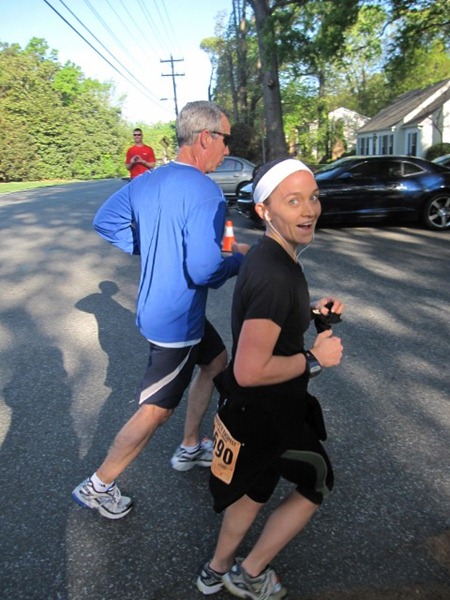 Here’s where Matt biked with me! The other lane was open to traffic in the neighborhood so he was not in the way at all. It was fun to say hi!! 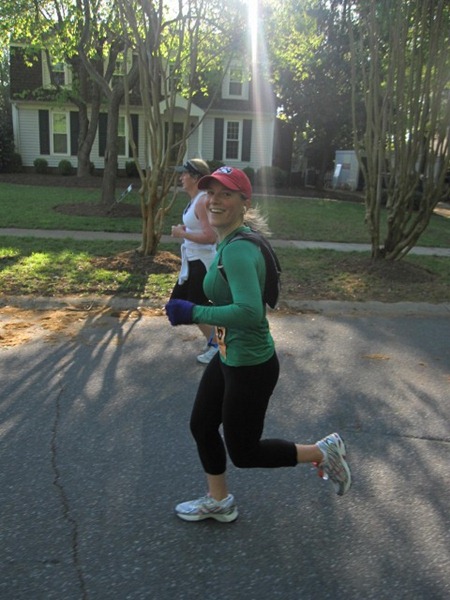 Here are my splits. Unfortunately I didn’t turn my Garmin off when I crossed the finish so that Lap 14 is skewing everything. But I calculated my average pace in Excel and came out with 8:32!! Sweet!!! Never, ever would have thought that was possible!

I could definitely not have done that without my camelbak of fuel. I also listened to GLEE’s “Can’t Always Get What You Want” on repeat 5 times in a row. That really helped!! Mile 13 was uphill and really tough, and during the last 0.2 I thought I might throw up, but I made it!

And I was greeted with FLOWERS from Matt!! 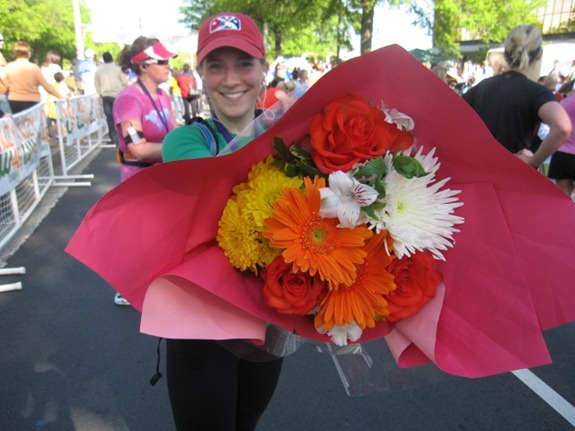 A few minutes later (literally!) Emily appeared!! Casey had already joined her and I jumped in for a sprint to the finish! So glad we could finish together <3 She ran a sub-2:00 half despite all of her troubles! So proud.

I really could not have done this without her help and encouragement!!! xoxo 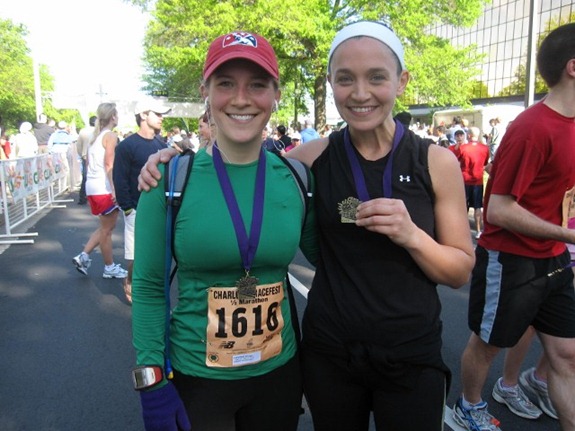 She needed some sweet nectar!! 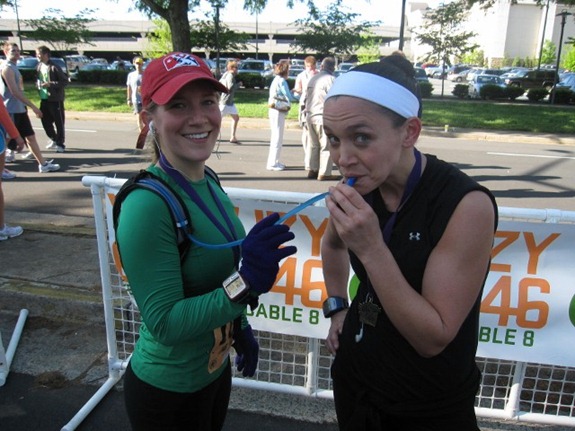 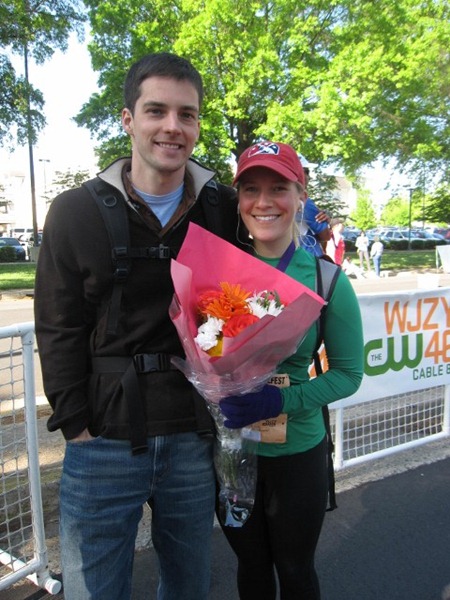 On the way home, I literally popped into Dick’s Sporting Goods and bought a foam roller!! I knew I’d need it ASAP 🙂 I rolled after our lunch and it felt SOOO GOOD! 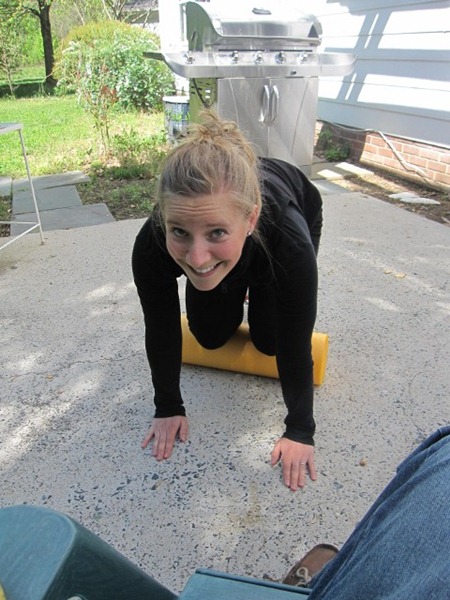 We came back and made some delicioso smoothies to replenish our burnt out legs. MORE COCONUT BUTTER. Can’t get enough of this stuff!! Cali bowls representin’! 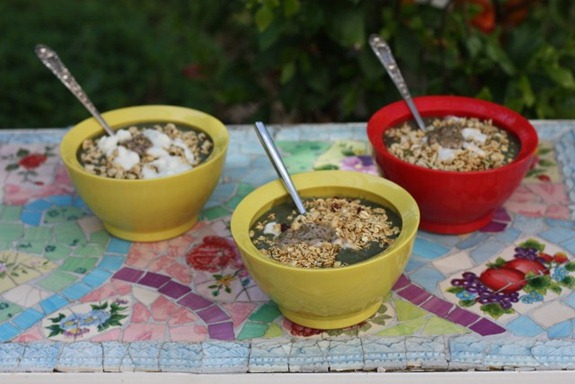 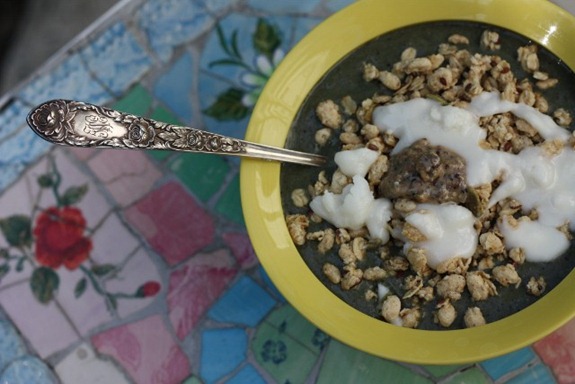 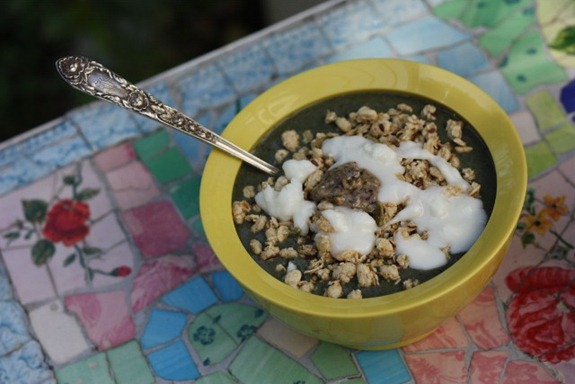 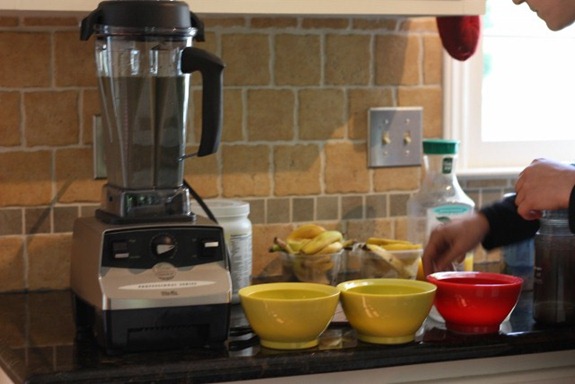 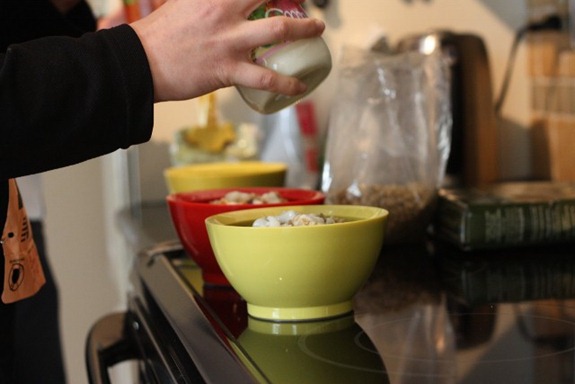 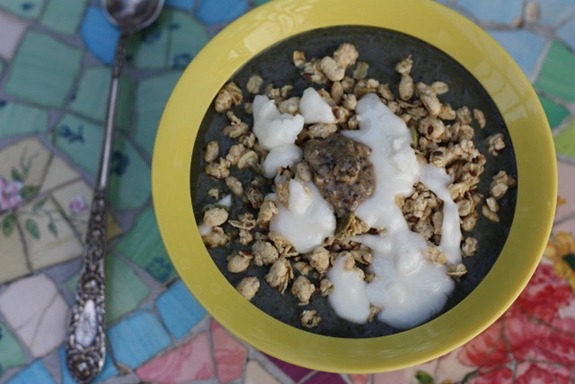 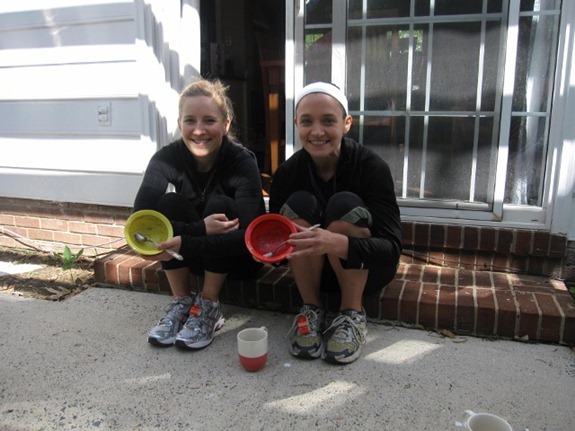 Fun fun morning! Maybe I’ll run another half this summer 🙂

THANK YOU, LEFT FOOT, FOR GIVING ME THIS GREAT OPPORTUNITY!! 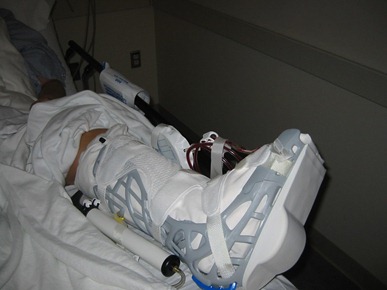 Another hilarious post-foot surgery photo while on crutches at a formal! 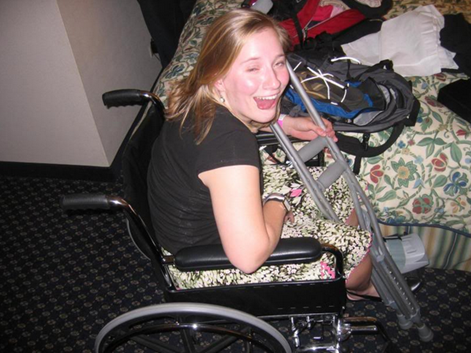 My body HURTS. Running fast really wears me out so much more than the same distance at only a few seconds slower pace. I hope I don’t have any injuries! My knee tendon behind my leg started feeling tight early on and hurts when I move it in weird ways now. Better ice!

Must go shower, then go to the mall with Matt!

Speaking of Matt, he just cleaned the whole house. Can’t thank him enough for all of his [unsolicited] help!

Have a great afternoon!!

(Confused by the avg. pace. It seems Excel can’t do math!)