First off, sports nutrition was so cool and interesting again as we learned about carbohydrate use before, during and after exercise. This class is answer>ing all the burning questions I’ve had for years and have always wanted to know the science behind. One in particular: pre-workout snacks . Here’s what we learned today:

Bottom line : It’s all based on the individual, so do what works for you .

I asked specifically about working out first thing in the morning and how important snacks are given glycogen stores are significantly depleted after the overnight fast. His answer>:

Bottom line : Only those concerned with pace and training for an event should try to get a dose of carbs before an early morning workout. Or those going for over 90 minutes.

That said, if you wake up starving and a banana or piece of toast doesn’t bother your stomach, a small snack won’t hurt.

this !
Thank goodness I have cooking experience! I knew a lot of it already. Because of our test, we got to start lab at 11 today, which meant we were done around 12:30!!! I had my trail mix at 11 and sampled some of the lab so when I got home I had lunch around 1:15. Now I’m stuffed!

First project was making mayo from scratch using different techniques: traditional, with butter, with double the oil, with egg whites, and one more I forgot. The result? Traditional techniques work for a reason!

I didn’t sample the mayo… 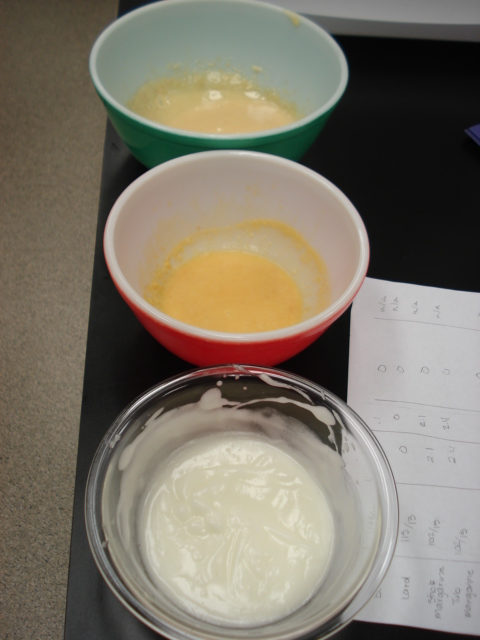 Then we tested frying squash in just oil compared to breading it and then cooking it in oil. The breaded tasted MUCH better because the breading absorbs the fat and the veggie stays fresh inside. The plain ones tasted like pure oil. Yuck! I sampled half of each kind. 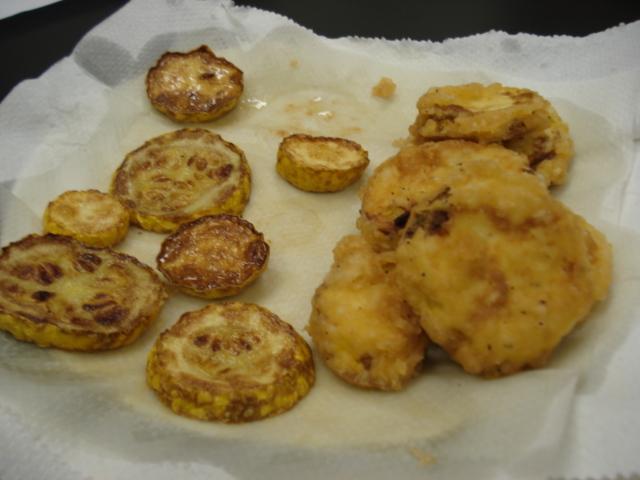 On to BROWNIES !!!! My team made applesauce brownies . They were definitely not nearly as good as the classic ones, but because of the applesauce’s water content they were battery on the inside! I sampled a small piece of each kind – and had another applesauce one that was from the battery middle. 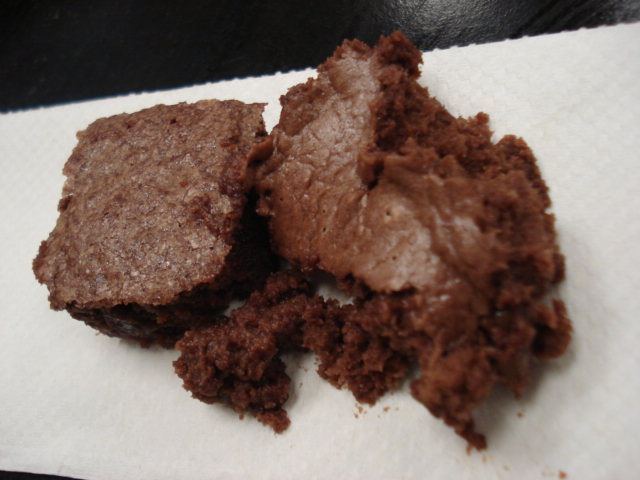 Lastly, we tested blueberry muffins made with oil and made with shorting 👿 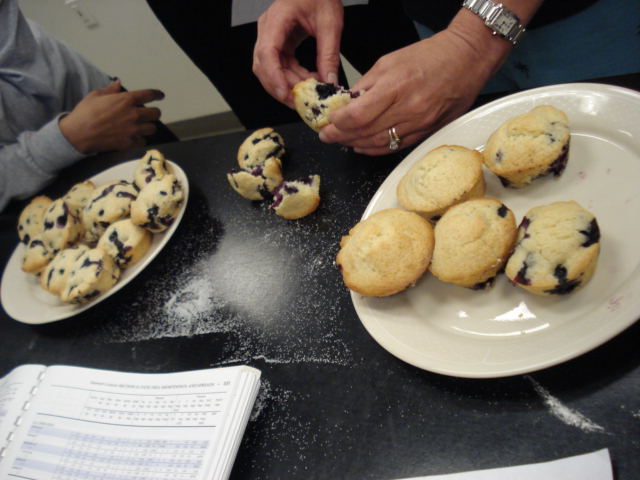 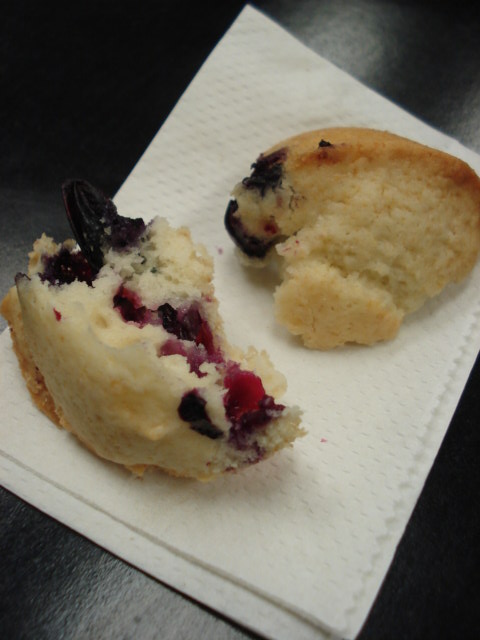 I’m too much of a foodie to not sample these things we make in labs!! I’d say I had the equivalent of 1 squash piece, 1 normal sized brownie and 1/4 of a small muffin. But since they were just tastes, I definitely still needed lunch….

An hour later I had leftover Greek Pasta Salad, veggies with lentil dip (still in log shape from being rolled in plastic) and Fage with wheat and blackberries . 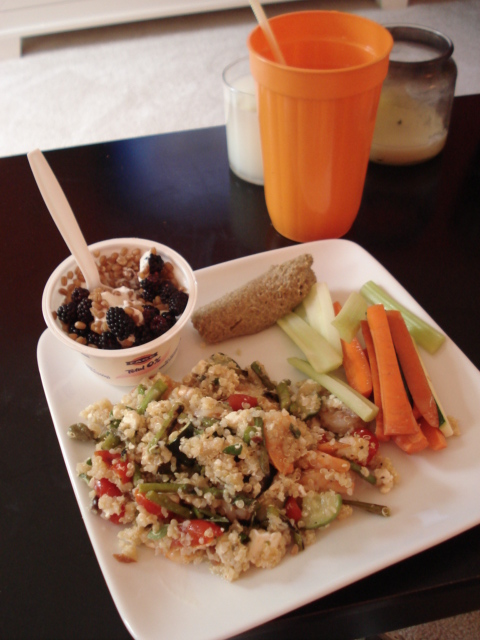 By the time I got to the Fage I was STUFFED from the extra snacks, but since it had been sitting out I knew I couldn’t put it back in the fridge so I ate it anyways. 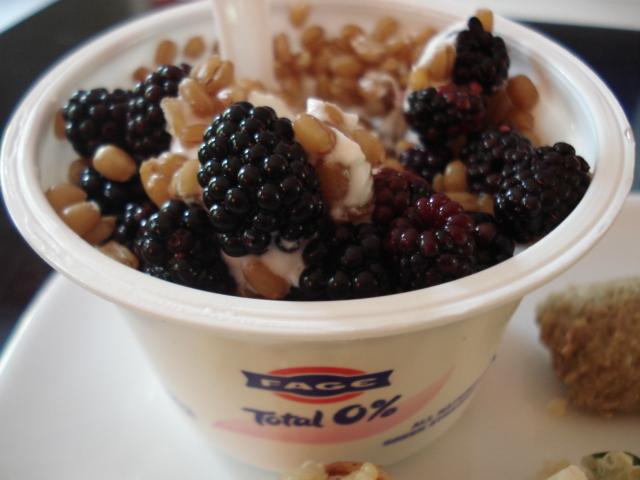 I’m hoping I digest soon because I’m hitting the gym soon and am not sure I can handle movement right now!

Now for the best news : NO CLASS TOMORROW!!!!!!!! For two totally random, completely unrelated reasons, both of my classes are canceled tomorrow (but I still have a chem lab exam). That means I have the whole first half of the day off. Yay! Study time, since I have 2 big tests on Wednesday.