You are here: Home / Lifestyle / The Warm-up

Today was a practice run for the rest of the week

this !
I don’t have to be at Winthrop until 11, so I had time to take. Lucky us, Matt had off of work today so we were able to spend the morning together!

We woke up before sunrise to head to the gym.

Snack of Warm Cinnamon H2H with milk beforehand. This didn’t hold me over as well as when I have some fat (i.e. nut butter) before my workout though. 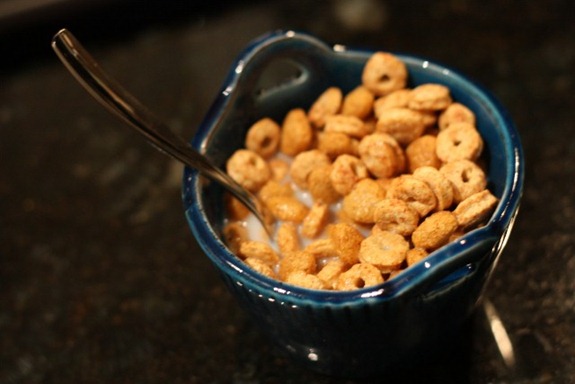 We had a great workout. Split for cardio – I did 30 minutes on the Stairmaster plus 10 on the Squirrelliptical – and he did …… something sweaty! Lol. Then we rendezvoused for weights.  We alternated free weights and machines for about 15 minutes of all the big muscles and hit the road.

I was going to have a SIAB today but since Matt doesn’t eat them and he does love eat oatmeal, I changed my plans and joined the oat crowd. 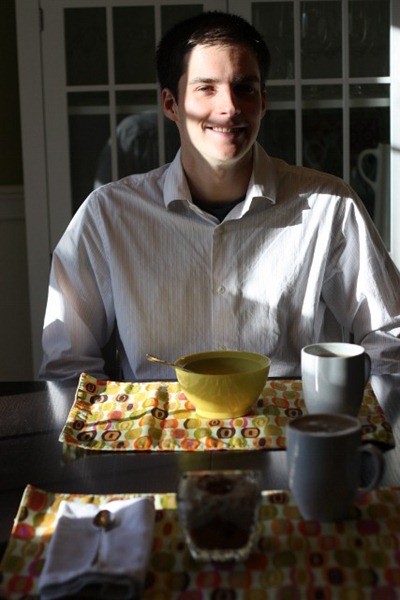 Matt’s brother Andrew gave us this Disaronno Amaretto for Christmas. Matt has me convinced that adding it to oats is just like adding vanilla extract (since he just puts in a dash) so we had almond-scented oats today! (But to be honest, I didn’t really taste it 🙂 ) 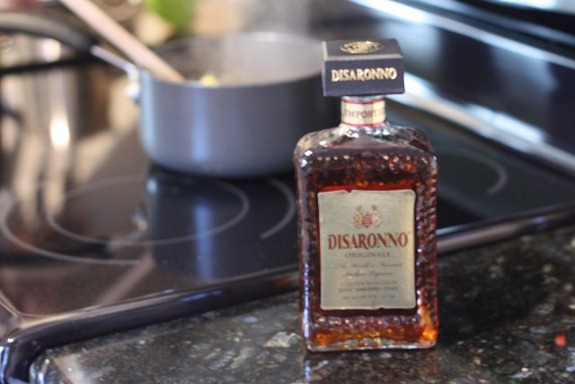 I think I was even more excited about this little bowl that came with it! 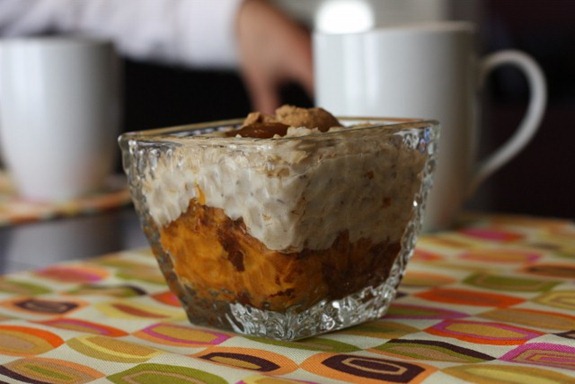 Note the fun pumpkin layer! Matt doesn’t like pumpkin oats very much and I always have the debate of how to add pumpkin to mine. I usually heat it up in a bowl and then stir when the oats get dumped on top. But that is not very photogenic!!! So today I kept the layers separate since they were fun to see from the outside and it was a fun time. 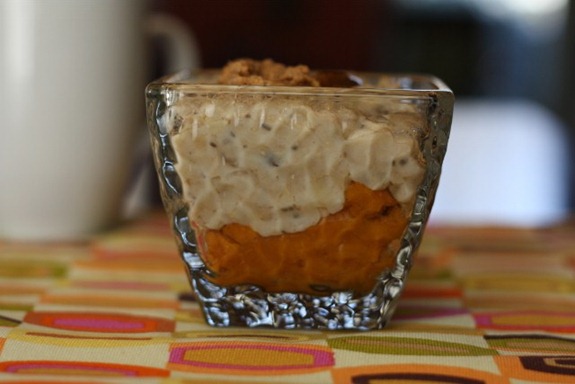 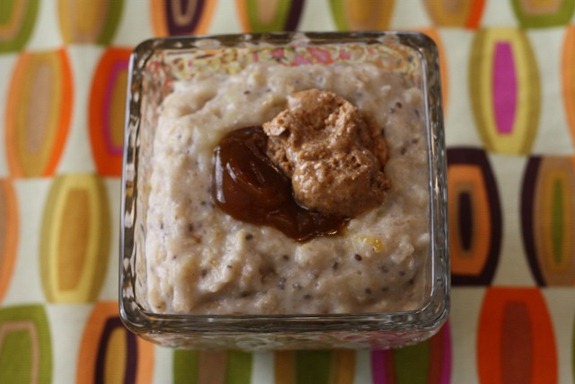 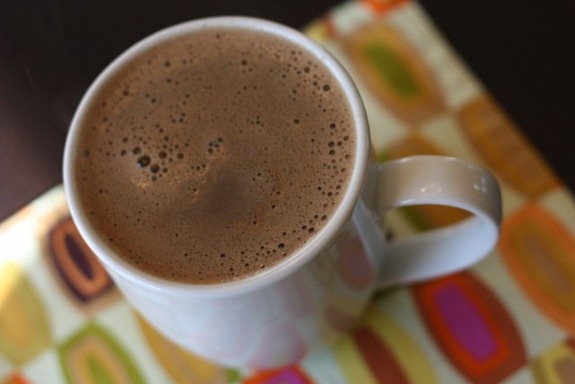 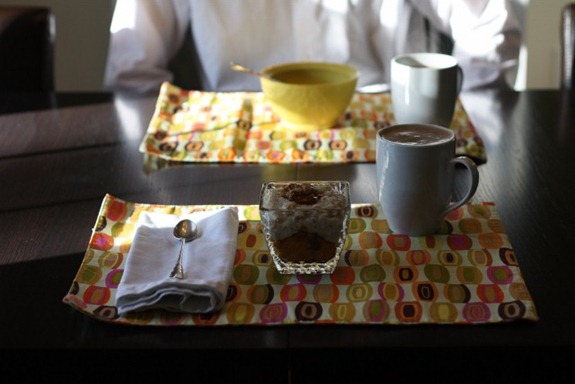 Not sure of my blogging availability through dinnertime today. I hope to be able to at least iPhone blog at lunchtime everyday through my internship, but I won’t know till I get there. Some days I might get more time to do a laptop post; others no post at all. As much as I want to post every meal on time, I gotta be flexible.

Since it’s 10AM and I just had breakfast, also not sure if I’m going to be up for lunch at noon!! I might have to snack my way through it during breaks. Not the smartest idea to fill up so late in the morning!