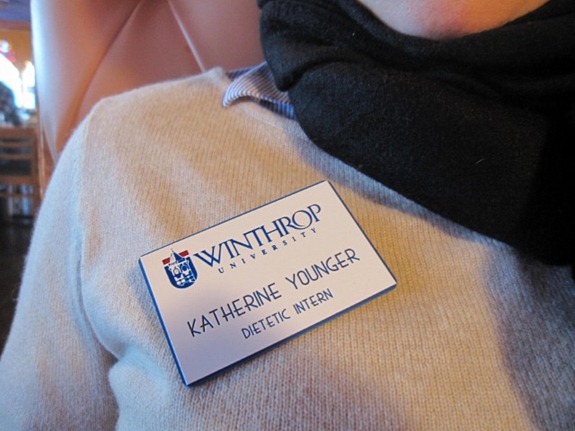 The day went by very quickly (probably because we didn’t start until 11AM!)

The next 6 months are going to be so much crazier than I ever expected. On top of the time commitment and all of the tasks to be done during the days, we have a HUUUUGE list of competencies we have to complete and many of them have to be done on our own time 😥 I will survive. It just won’t be as fun as I’d hoped.

After checking in and ruffling through tons of paperwork, I decided I better eat at least part of my lunch (at 12:30) or I might not get another chance until dinnertime. Luckily we had breaks so it worked out well, but I went ahead and took photos of the contents before I left in case I had to eat under the table. 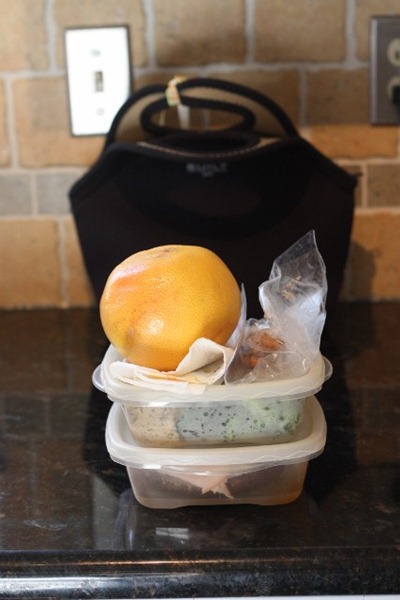 It was such a delicious and healthy lunch! 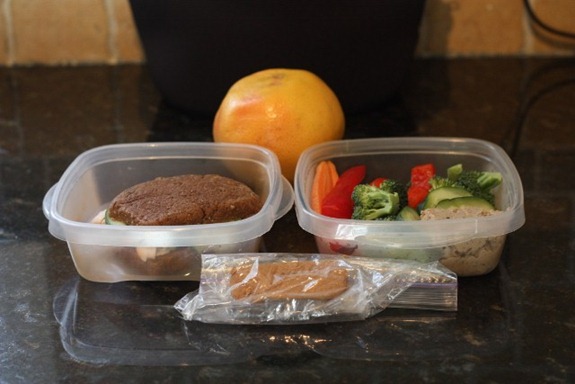 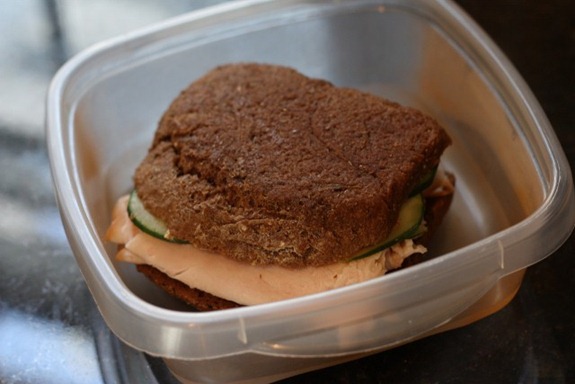 And half of my veggies. 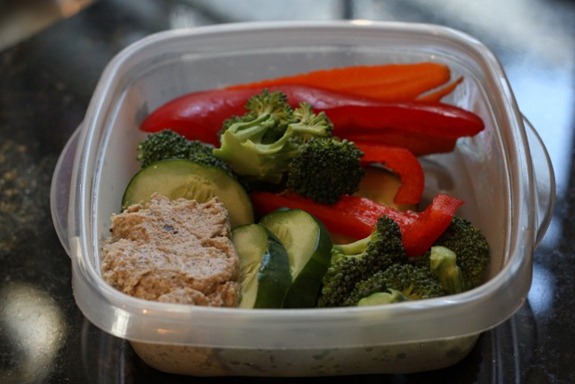 I packed some of the kalamata olive hummus I made on Sunday with the veggies I cut up on Sunday in a nice little fort on the side so it stayed put. 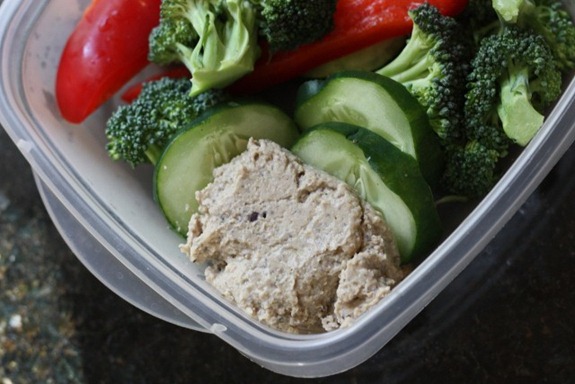 A Biscoff for dessert! 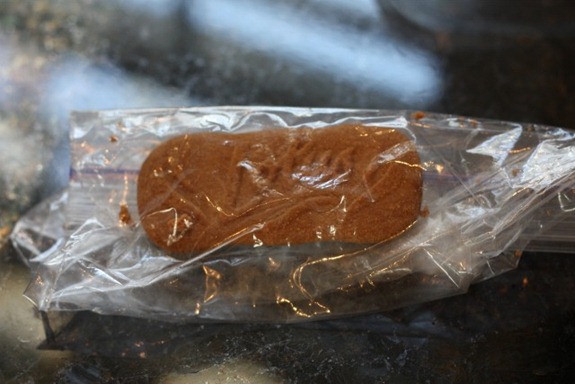 And then ate my grapefruit around 4PM at break #2. It was SUCH A GOOD GRAPEFRUIT! I love eating them like an orange. So juicy! 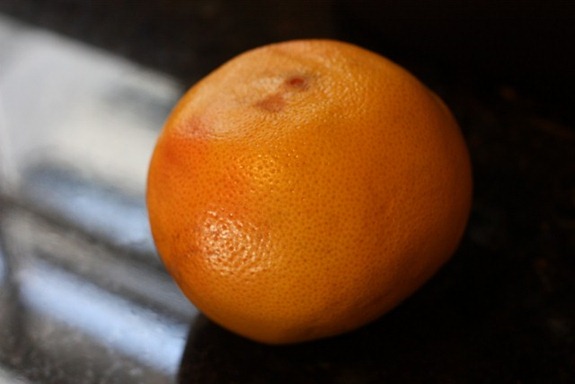 We broke around 4:30 and headed to a Mexican restaurant for a mandatory networking social hour. 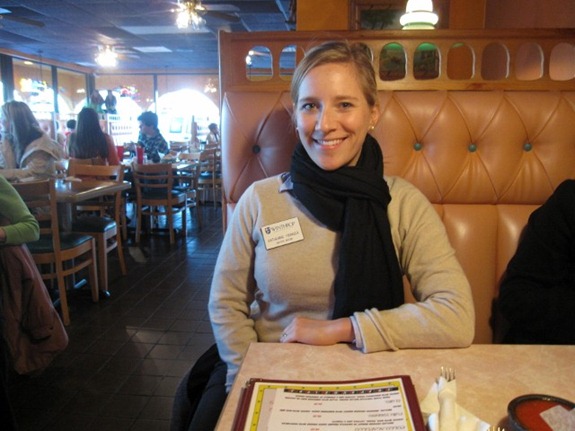 I knew I had dinner waiting for me at home (but I did have a few chips to tide me through the commute!) 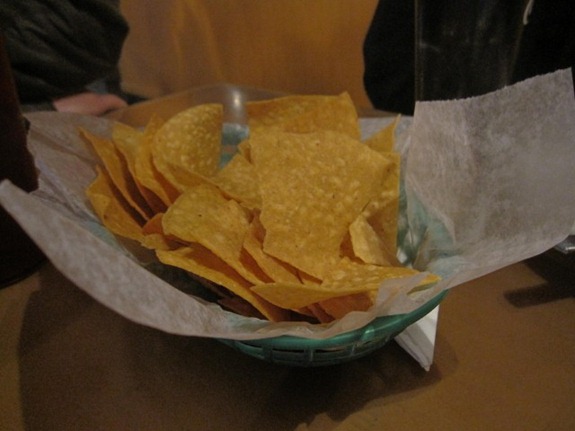 I’m glad I didn’t order anything at the restaurant because I walked in the door and helped Matt put the finishing touches on this beautiful display of nutrients! 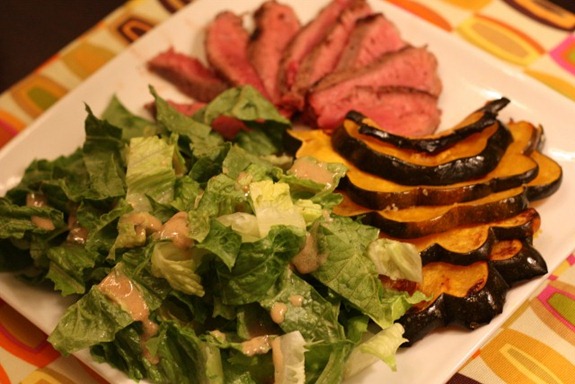 Organic flank steak from Greensbury Market. Matt seasoned  it perfectly with pepper and garlic powder and seared and sliced it just like my dad used to. [Yes, I know it’s rare – to each her own!] 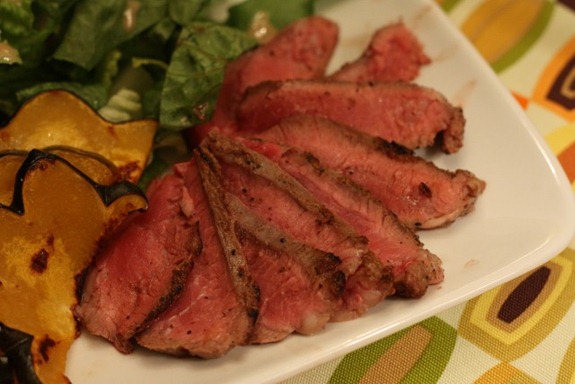 I’ve really enjoyed the meats Greensbury Market sent. I think I was having a hard time eating meat last year because I’d read some of Michael Pollan’s books, but by eating organic I feel like I’m supporting a good cause (and meat is very nutritious!) Last year was all about cutting down the budget; this year is all about spending the dollar wisely and I hope to get some kind of organic meat once a week. 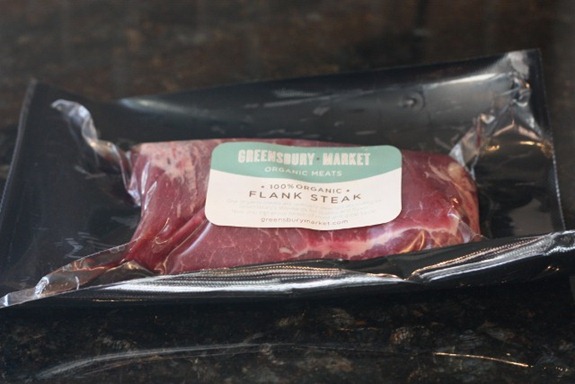 Drumroll…………….ACORN SQUASH. Love, love it. Especially cooked this way (Roasted at 400* for 20 minutes per side and drizzled with canola oil and kosher salt) 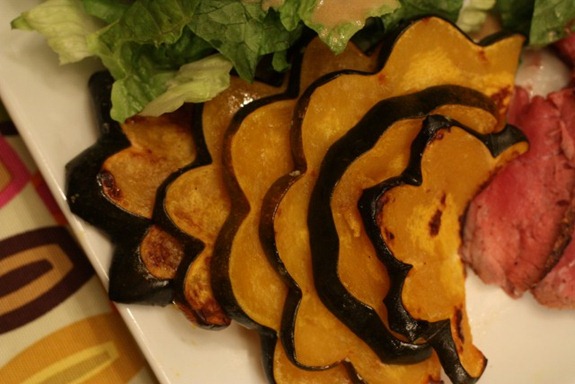 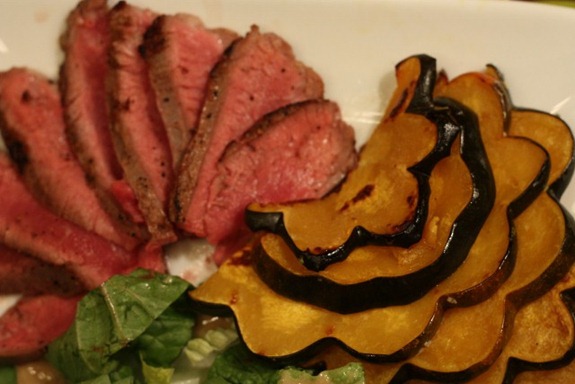 For our greenery we just had some romaine dressed in Annie’s Goddess. It was delicious and took 30 seconds to prepare. 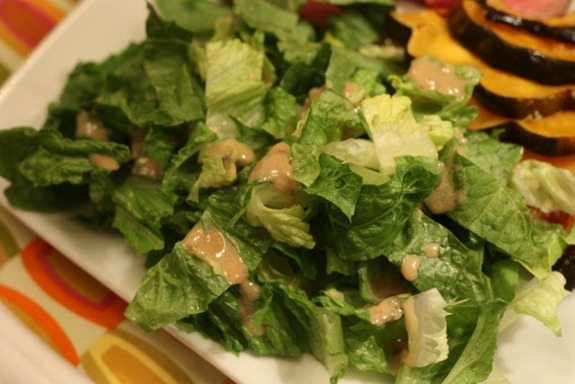 We also enjoyed the scent of this new candle from Cheryl! 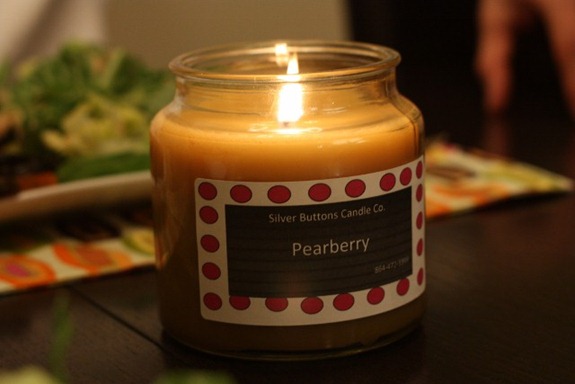 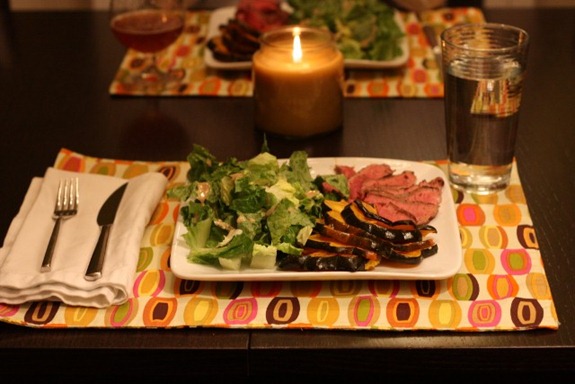 Dessert was a Vosges Peanut Butter Bonbon from VeggieGirl.

This second one was even better than the first. These guys have amazing flavor!!! 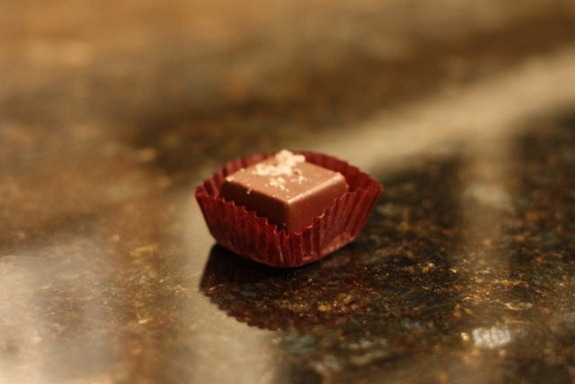 Off to unwind so I can rewind for tomorrow’s much earlier start!