You are here: Home / Lifestyle / The Unscratched Itch

If you guessed hot yoga, you were right! I dusted off the ole mat and towel and headed downtown for yoga – bikram yoga to clarify. 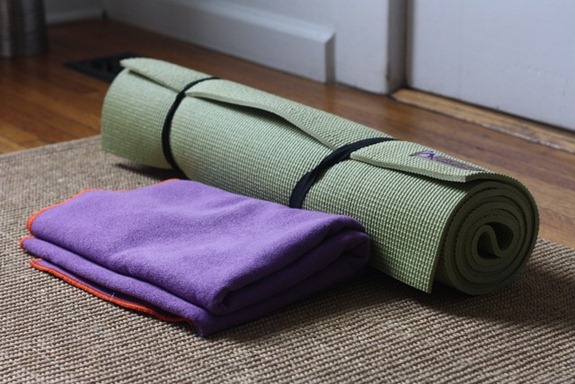 I am giving it a second chance. As many of you know, I fell in love with hot vinyasa yoga at Y2Yoga in Charlotte. The studio was hip, modern, and filled voids in me I didn’t know I had. So when I first learned that Charlottesville does not have a hot vinyasa studio, I cried. Seriously. Back in March, I gave the bikram studio here a try. I hated it. But being a new resident with limited choices, I was CRAVING hot yoga this week and figured that even if the style wasn’t my favorite, it would still satisfy that craving.

The studio has a $20 for 1 week unlimited pass, so I decided to get that and cram a bunch in in 7 days.

On my way there I thought that the hotness was more important than the style. I hate cold vinyasa! But I think that I need to find a flowy studio, hot or cold, to suit my style better. My yoga itch remains unscratched!

When I arrived back home, Matt was making dinner! 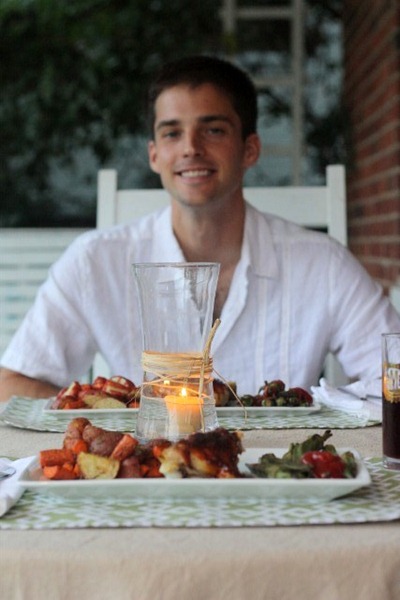 Who needs coconut water after yoga when you can have beer!? 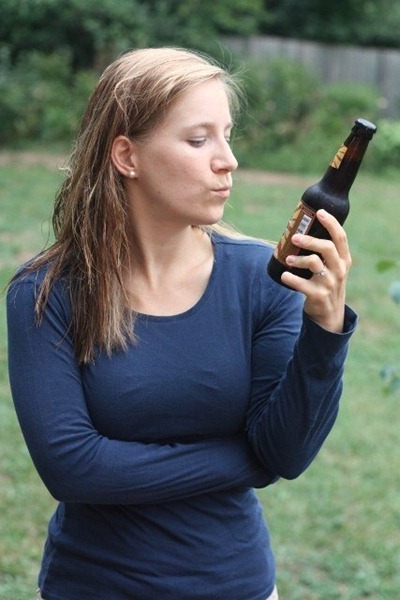 Matt and I shared this guy 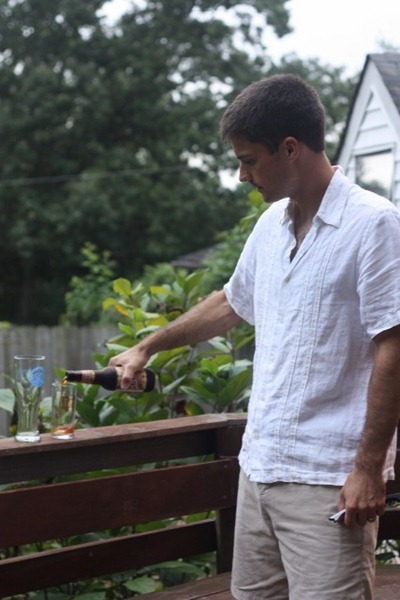 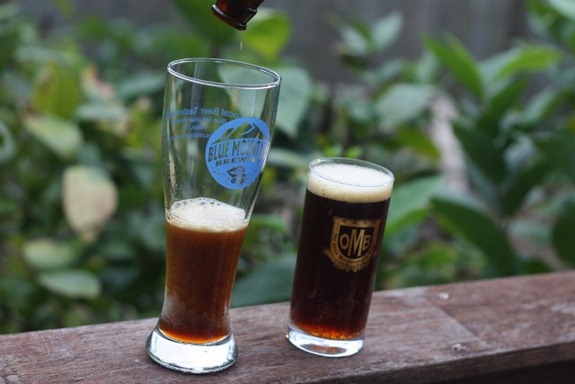 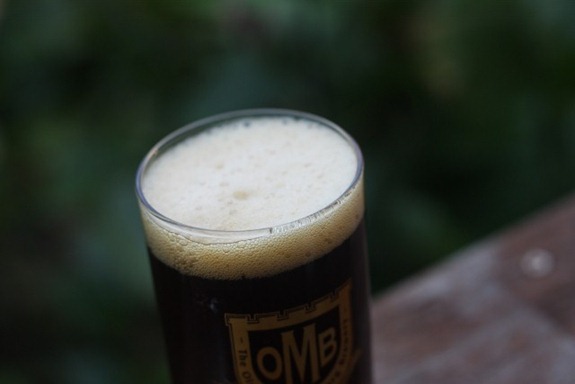 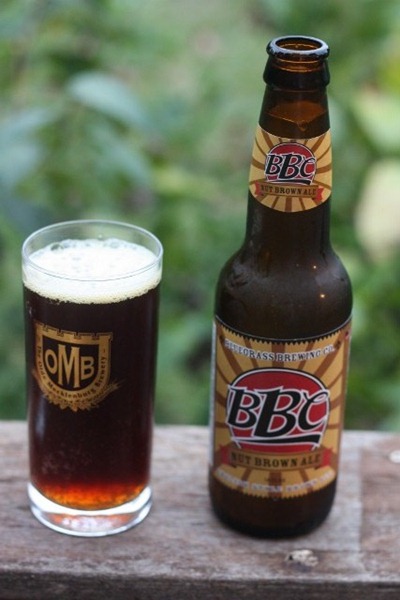 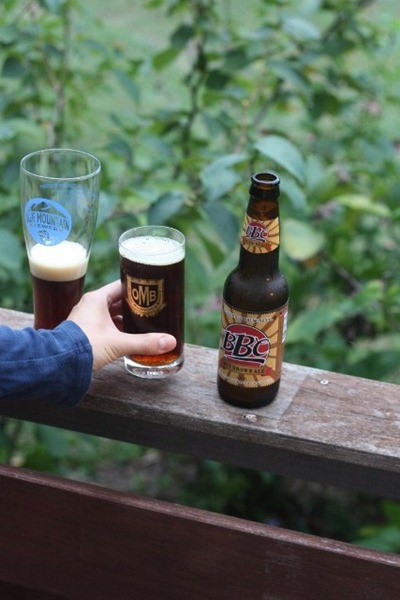 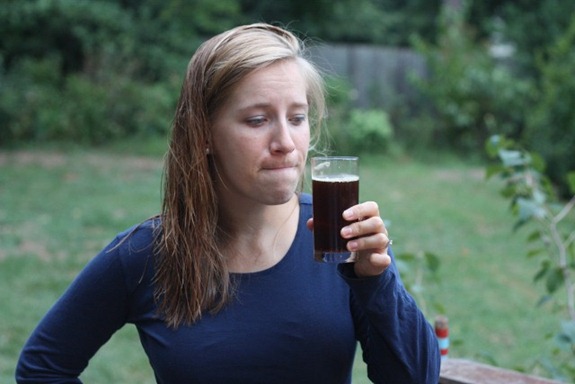 We are now picking out one meat a week at the farmer’s market. This week we got two pasture-raised chicken legs from Davis Creek Farm. They come frozen, which I love, so we can save them for the night we want and just need to remember to thaw them the night before. 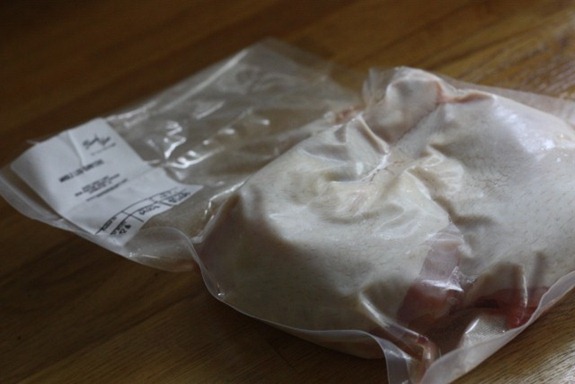 The guys at the farmer’s market booth recommended a honey glaze, so I had glaze on the brain. While I was gone, Matt created a delicious honey orange glaze! 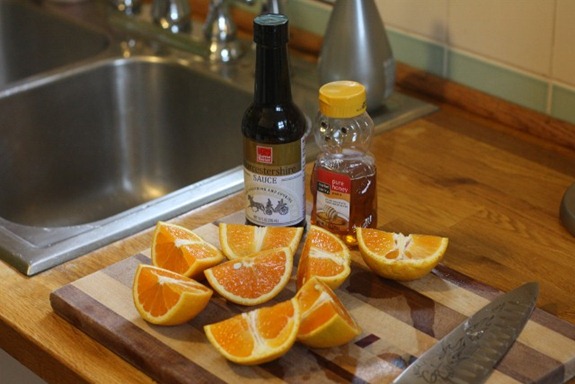 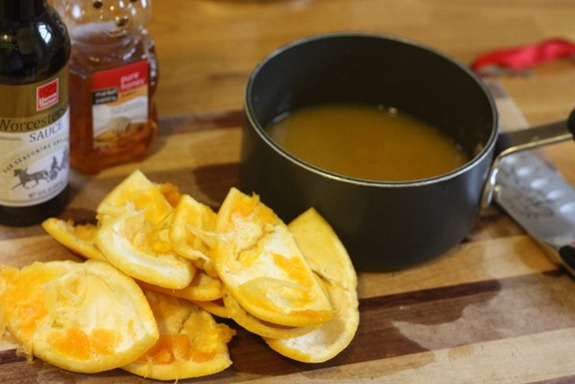 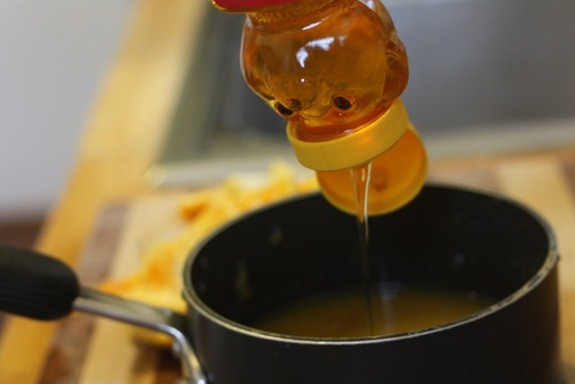 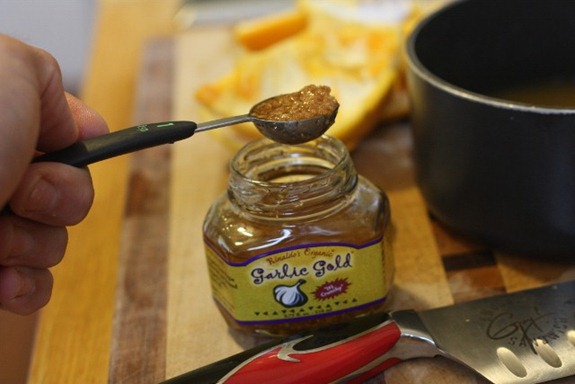 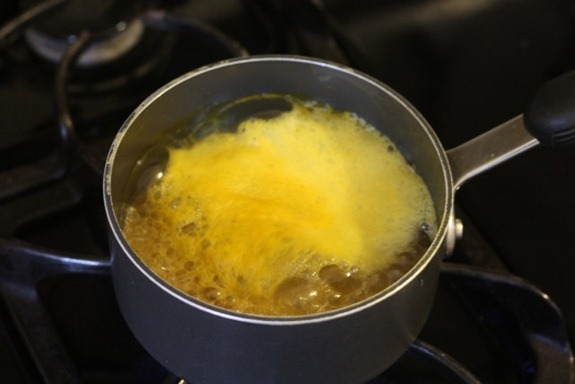 Heat all on stovetop on medium for about 15 minutes, until syrupy and thick.

He also brined the chicken legs this afternoon 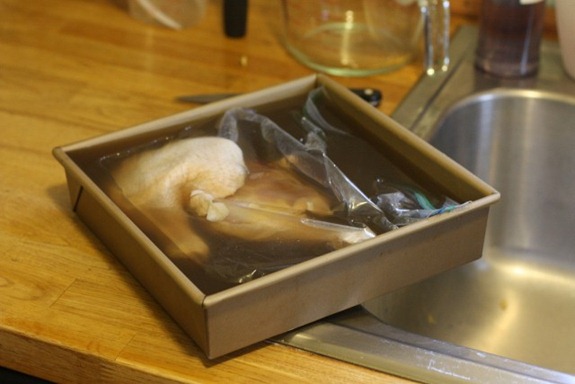 Looks like he baked them at 350* for about 30 minutes until they were to temp! 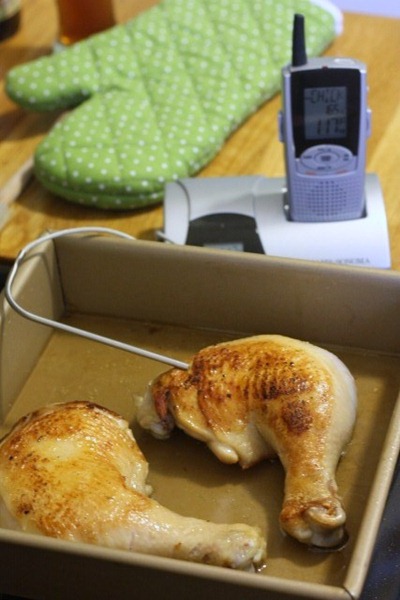 In addition to the chick-a-dee, we had baked okra fries and some roasted taters and carrots in a rosemary-garlic gold season 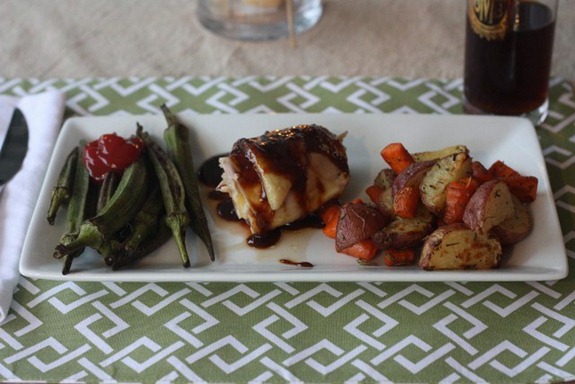 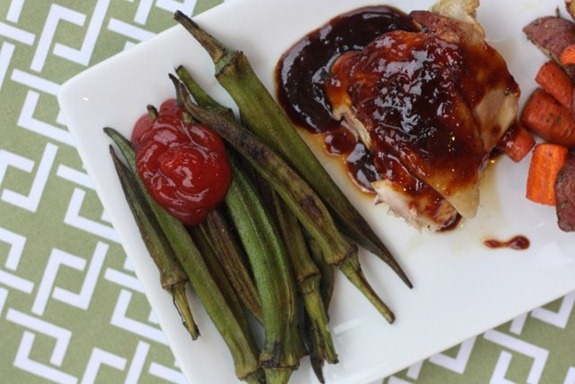 The okra were WAY to fibrous – kind of like eating a grasshopper!? Guess they were a bit over ripened on the vine 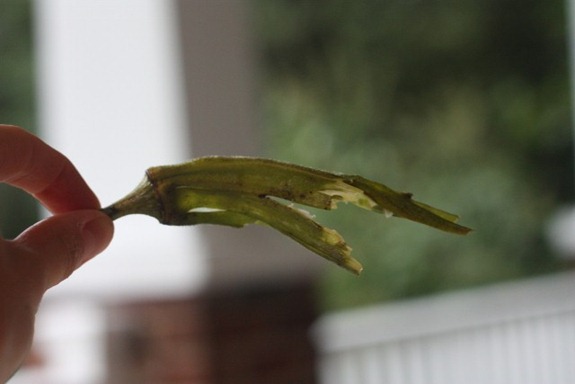 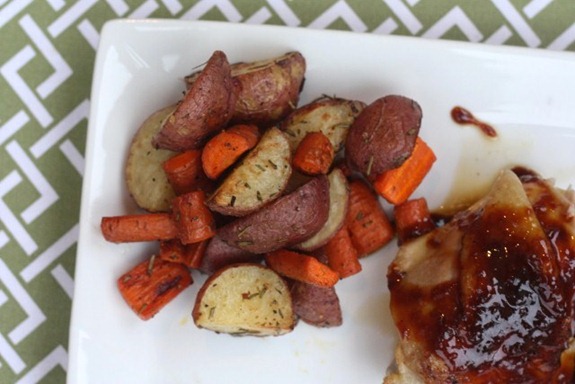 Everything tasted amazing – including the half leg I had with the thick, sweet glaze 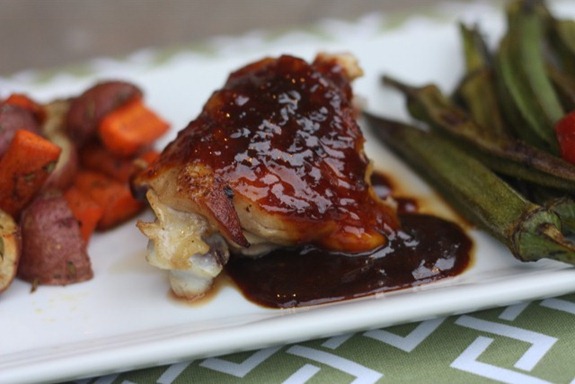 Matt had ketchup for dinner! 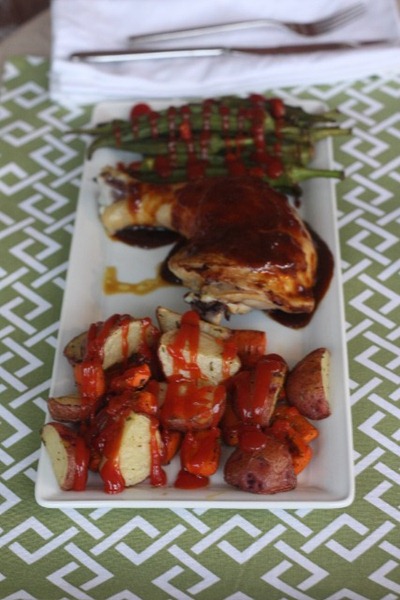 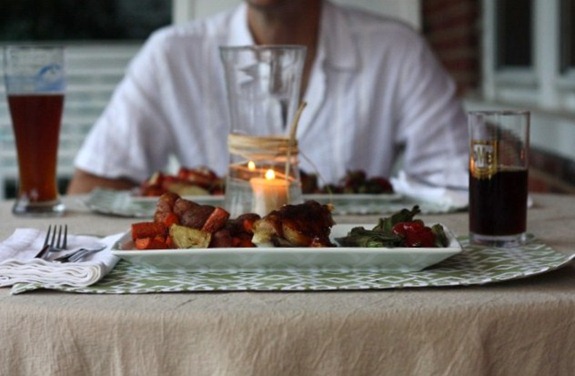 I’ve been eating Adora calcium dark chocolates from the Healthy Living Summit for dessert at night and they are delicious!!

Going to watch the So You Think You Can Dance episodes I have yet to see! [Unfortunately I already know who wins – someone blurted it to me!!]