You are here: Home / Weekend / The Rest Of The Story 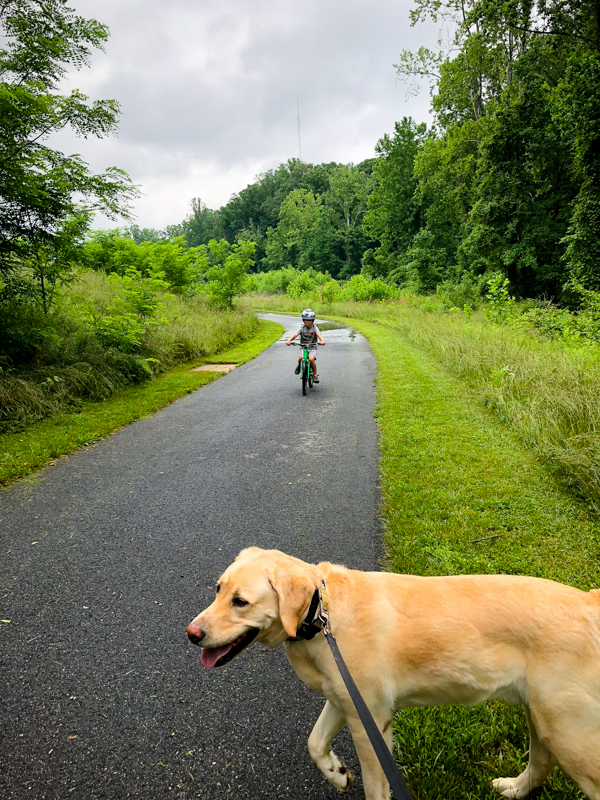 Here’s the rest of our weekend in story form. (And some other stuff!) We arrived home from Richmond to more sunny skies and headed straight to the pool with Mazen. 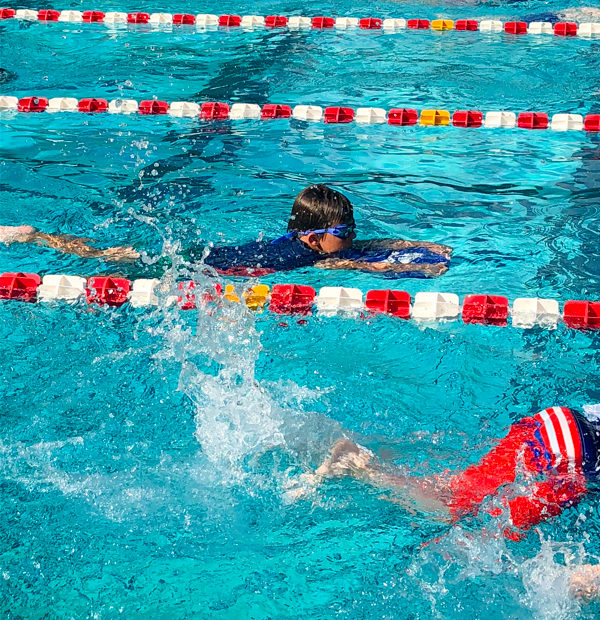 He’s doing so well with swim team! He can swim a whole lap without rest, which is such a huge improvement from last year. I can’t wait to see how he does as the summer ends.

Question for you moms of boys: I love the UV rashguards because they are so much easier than using a shot glass of sunscreen on his torso. He doesn’t seem to mind wearing one at all. But Thomas was wondering if the rashguard should come off for swim practice, as it could be slowing him down? He’s so used to wearing one that I’m nervous that if he takes it off for swim team he’ll never want to wear one again. But I want him to have the best swimming experience! Any thoughts? 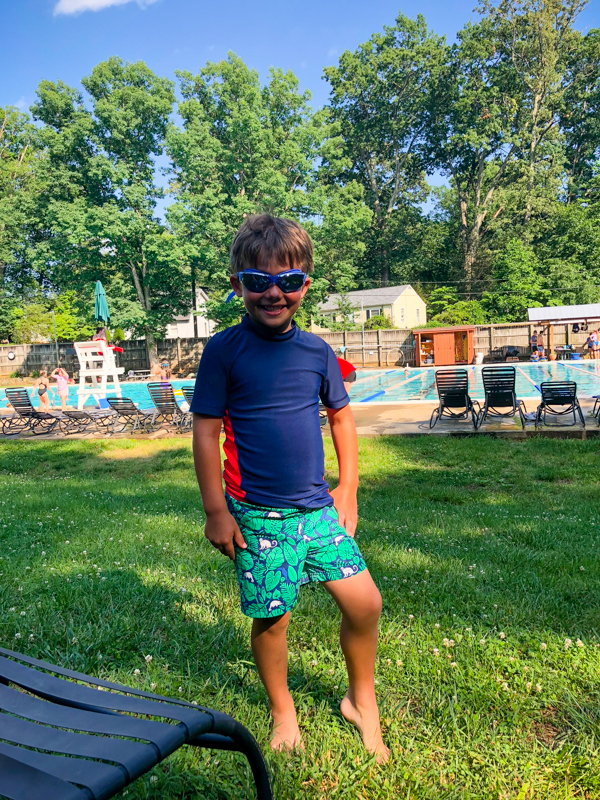 We all got in to play together after practice and it promptly thundered a minute later. Ugh! The storm never even hit, but it was getting late so we went home and made dinner.

Hot dogs on the grill and broccoli slaw made with Greek yogurt, mayo, and spices! I am suddenly ravenous all the time, and I easily ate two hot dogs! 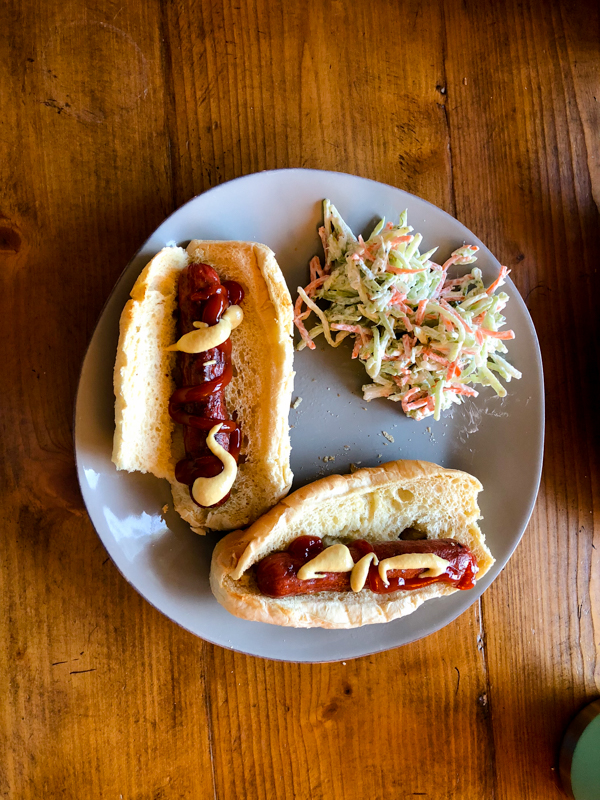 I went to bed early on Friday since we were out late on Thursday and I had plans to be at the gym by 7:45 on Saturday morning. (That is early for this mama-to-be!)

I had a quick breakfast before I left. 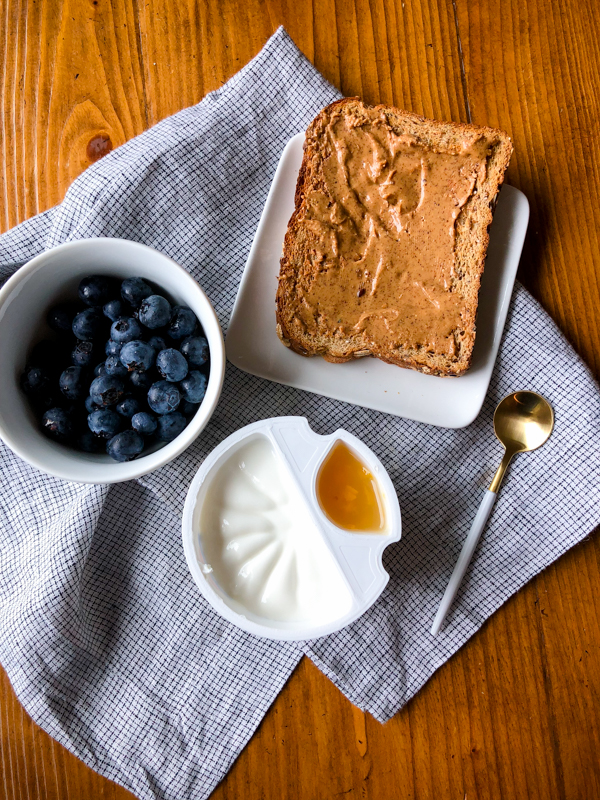 My gym task wasn’t a hard workout (although I was so jealous it wasn’t!) but to shoot some videos for Afterburn for Chris to use to to promote the class on Instagram and for a conference he’s attending. I am so not a video producer, but I think I got some good clips in the set. 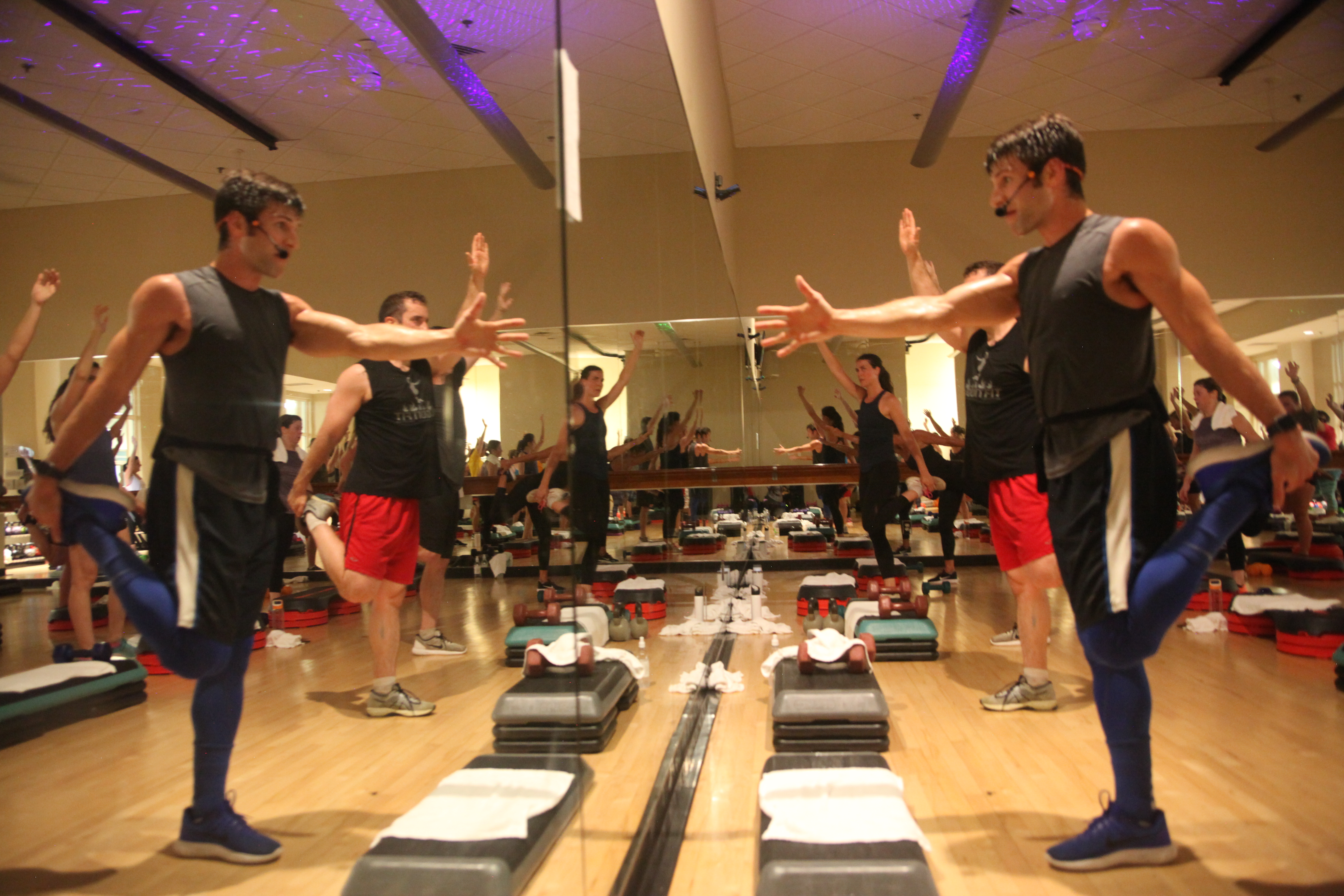 Afterwards I did a lame elliptical workout and then headed home to Thomas and Mazen who were chipping golf balls in the yard and setting up our new Nintendo Switch. I am not thrilled about the introduction of video games, but I suppose it’s a rite of passage for kids! (I loved my Super Nintendo.) Mazen will have a limited use schedule, I promise. We ended up going to a game store to buy Mario Kart (and then had a fun time all playing together, so the bonding was a plus!)

New shark outfit from KK by Mini Boden! They have the cutest stuff! 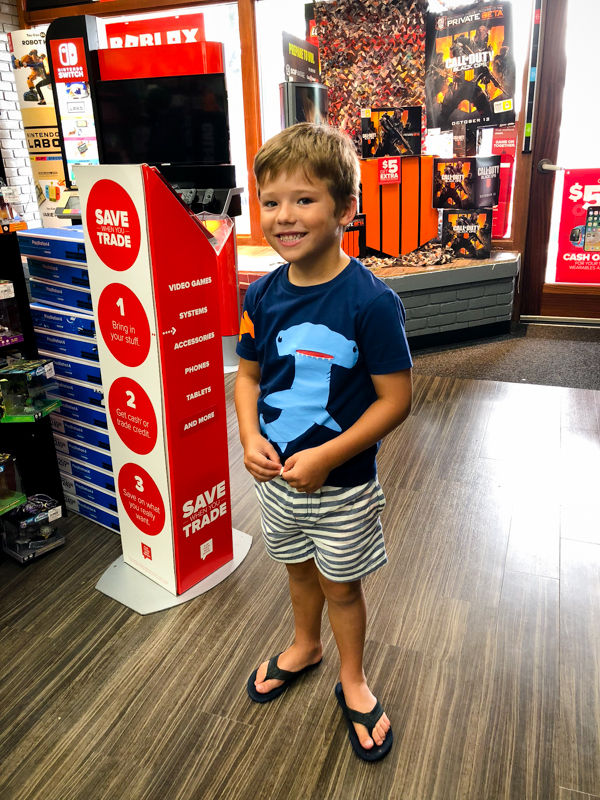 After the game store we popped into Hair Cuttery for a quick cut for Mazen. I think his hair must have nerve endings in it because of the scowl he had on his face the whole time. 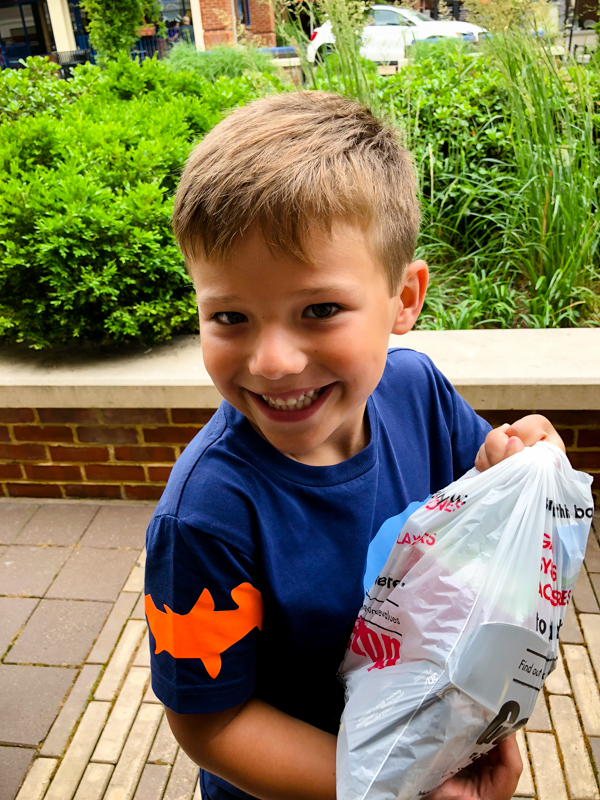 For lunch we tried the new Poke Sushi Bowl spot at Barracks Road. I got a pregnancy-friendly cooked shrimp bowl, but Thomas’s spicy tuna volcano bowl looked so good! 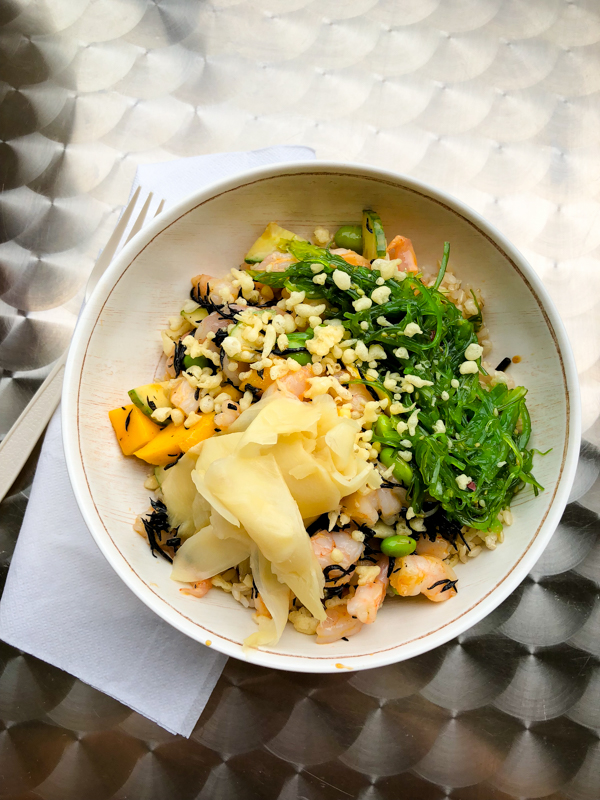 We had a lazy afternoon – I took a nap! Mazen went over to Matt’s for the evening, and T and I got ready for a party. 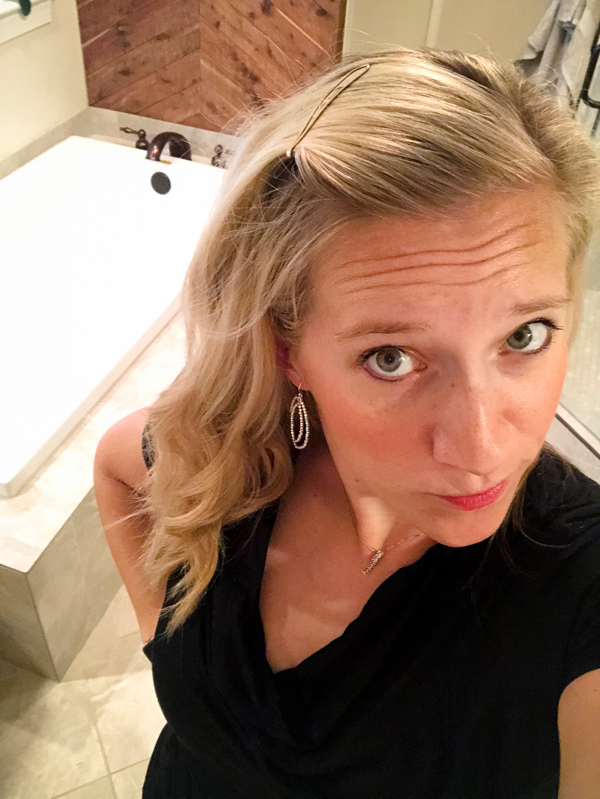 The party had BBQ catered from Mission – SO, SO good! I’m having some trouble regulating my eating schedule a little bit these days. I’ll elaborate more in my next pregnancy post, but I go from not having an appetite to being STARVING so quickly, and it’s so unpredictable. I had 1.5 plates full of this delicious food and could have kept going! 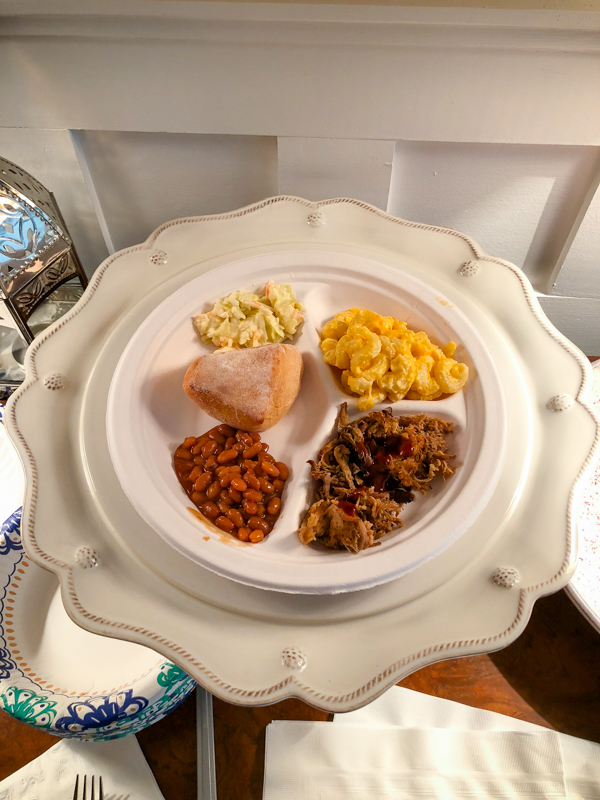 Plus some tart and half a cupcake for dessert!

Sunday morning’s breakfast was simple, followed by leftovers for lunch a while later. I had such a lazy Sunday doing laundry, meal planning, a little blogging, and relaxing, and I didn’t leave the house all day! The weather was soggy rain, otherwise we would have been at the pool all day for sure. 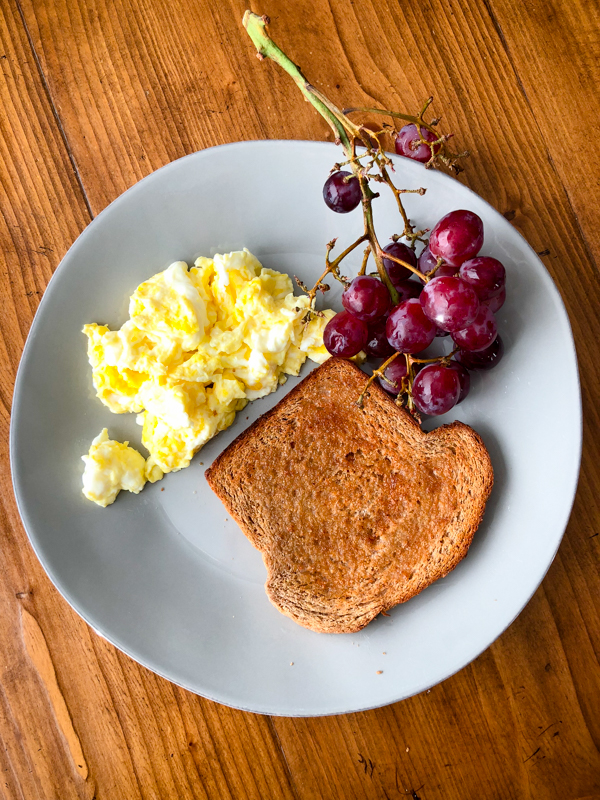 For dinner we had rotisserie chicken, easy green chile grits and green beans. 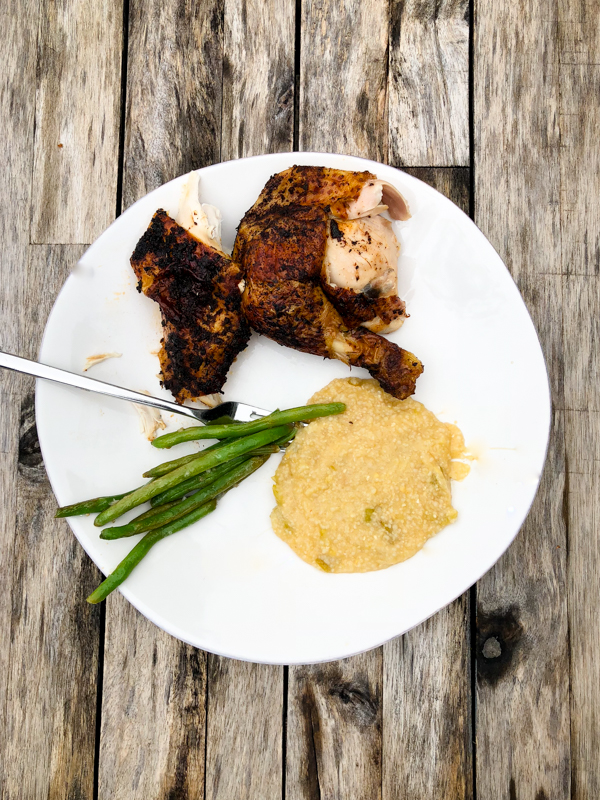 And I felt my first strong, obvious baby kick!