You are here: Home / Lifestyle / The Opposite Of Sweet 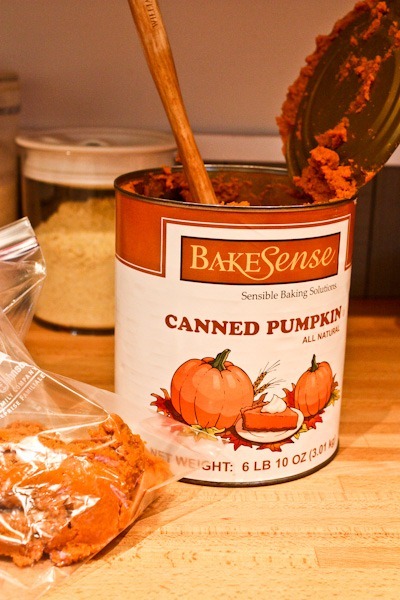 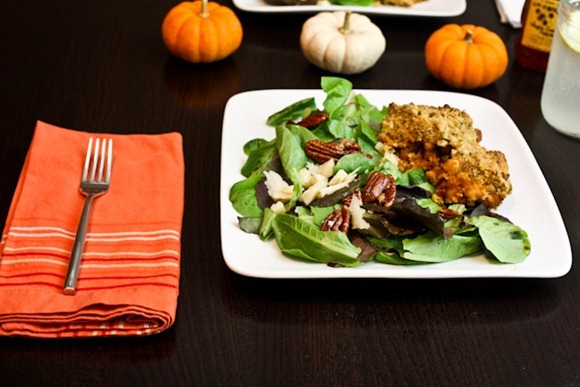 I DID end up doing yoga today!! A 75 minute Dave Farmar podcast that I actually managed to finish. Woo hoo! Felt so good, just like I knew it would. Thanks for your encouragement!

As I wrapped up, I got started on dinner – Angela’s Pumpkin Maple Baked Bean Cornbread Casserole 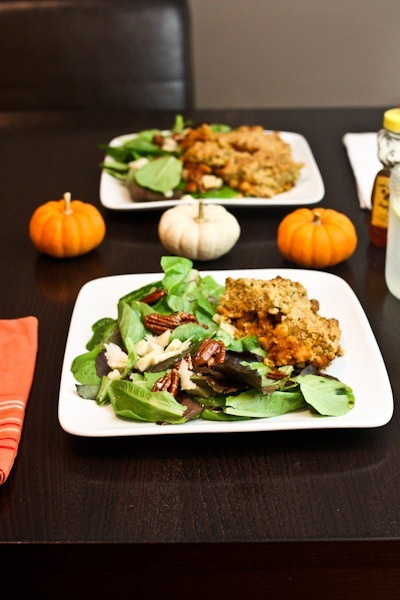 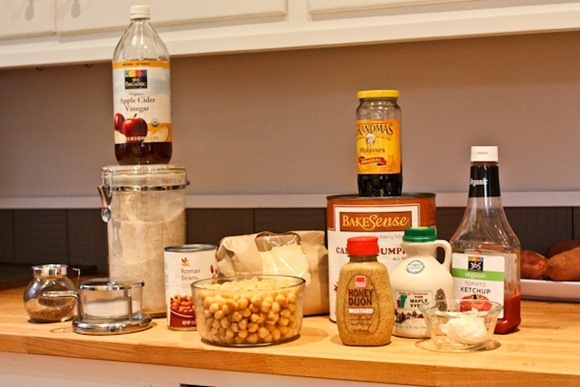 I’m in a habit of listening to Pandora on my phone while I’m in the kitchen. It’s the best way for music at this time! 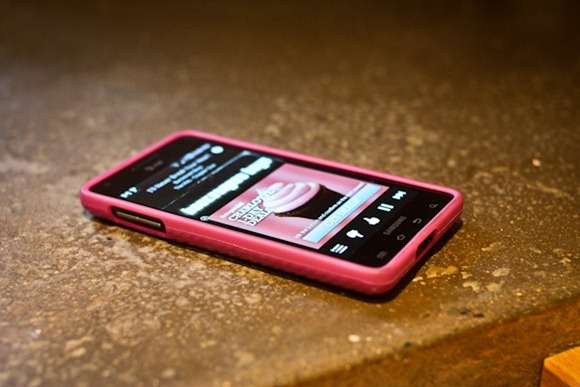 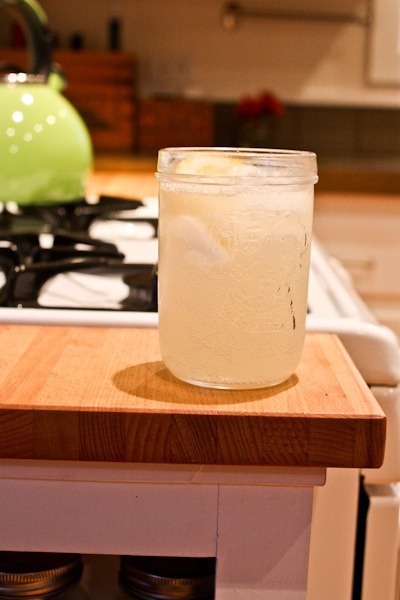 This recipe was SO easy to make.

Heat baked beans [ dump a bunch of things in a pot. Heat.]

Mix cornbread [dump a bunch of things in a bowl. Stir.] 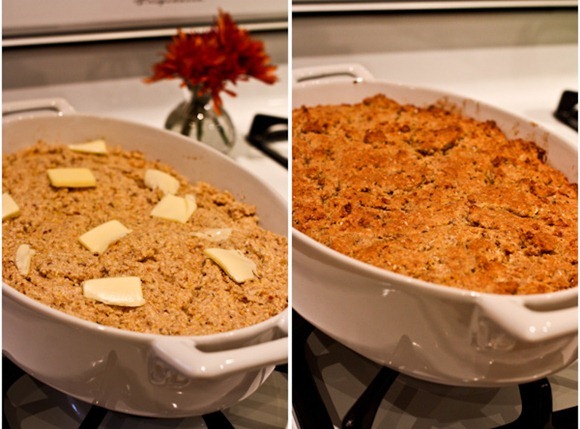 I LOVED the vegan cornbread. Vegan breads are always more doughy than eggy breads – I need to remember this! The recipe was very similar to Ashley’s cornbread. Just like I did with hers, I used 1 cup cornmeal and 1 cup whole wheat flour (I think Angela used some gluten-free flours). Turned out great!

My dish was reallllllly big so the mixture was very shallow – but everything spread out just right. Loved the crispy cornbread edges! 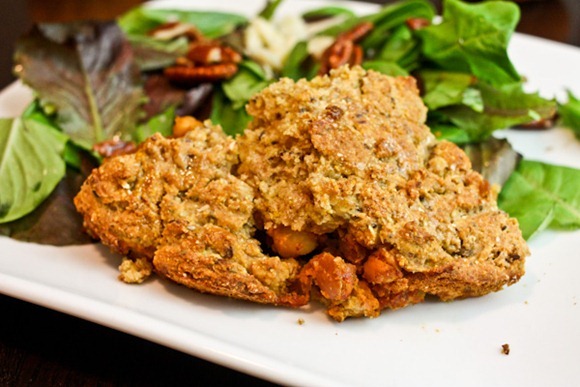 The pecans were the best part! I came up with this idea on a whim when I was dry-toasting them in a skillet. I poured on 2 tsp of maple syrup, a pinch of kosher salt and a pinch of cayenne pepper. They all got swirled together for 2-3 minutes until the syrup was caramelized and very sticky. Then I served the nuts on the salad right away (don’t think these would keep very well because they were so wet?) 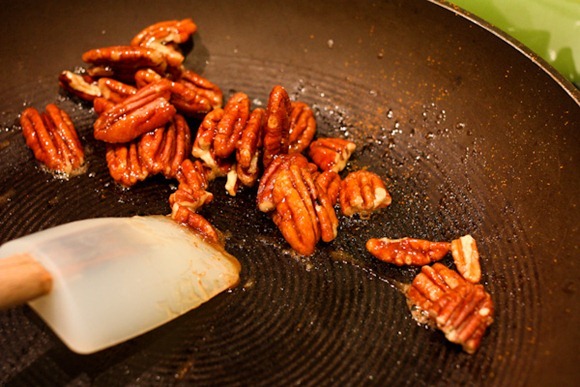 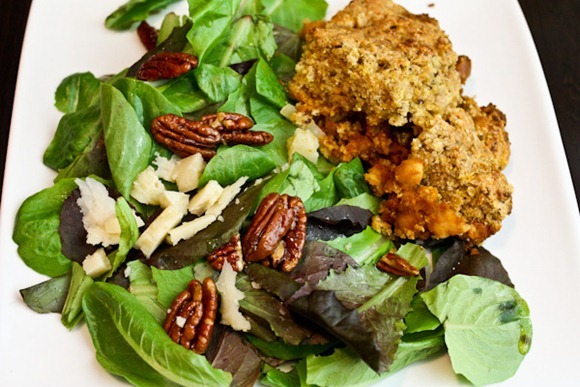 Matt’s portion was about 2x mine! He’ll eat anything and be satisfied so long as there is ample volume. 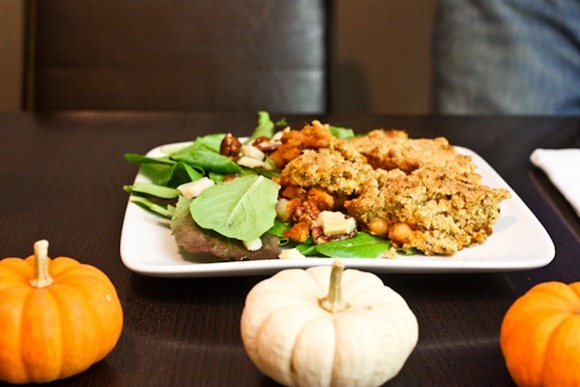 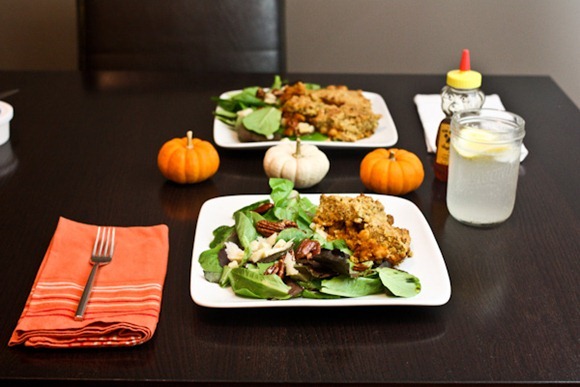 And now back to sweet pumpkin

Matt brought home some of our new Pumpkin Cream Cheese Spread – OMG it’s like mom’s pumpkin chiffon pie! So delicious. I’m hoping to have some on a graham cracker sandwich a little later! 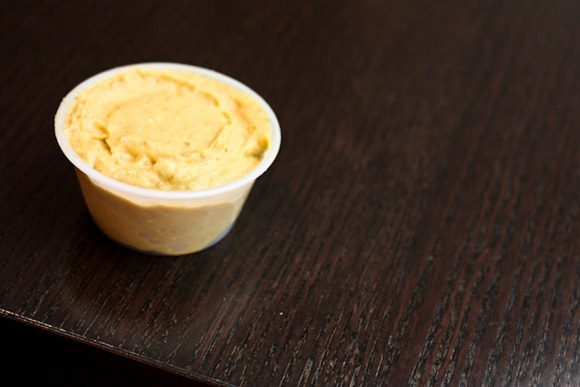 Off to watch Prohibition!