You are here: Home / Lifestyle / The Olympic Athlete 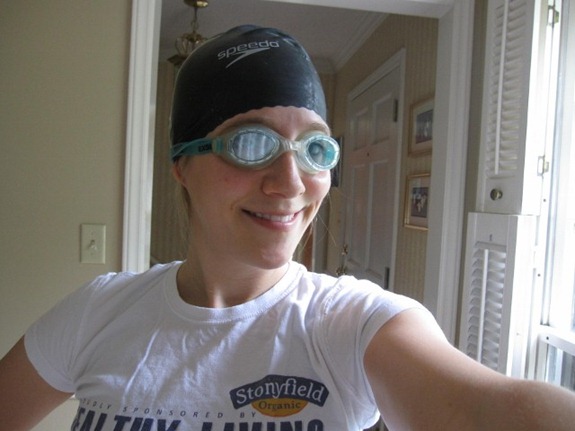 Two days of total body rest and I was ready to get going again. But nothing hard on the leg. Just some good old swimming.

I’m actually a pretty strong swimmer. Was a lifeguard in college and did really well on the swim time tests. My stokes aren’t fine-tuned, but I can go pretty hard and fast.

I dislike swimming for a lot of reasons:

HOWEVER, it IS good exercise and you gotta do what you gotta do! If you can’t run or bike or walk, then you must learn to like swimming. Hopefully I won’t have to do it as my only exercise, but I can assure you that if it was the only exercise I could do I would learn to LOVE swimming.

So today I pretended I was an Olympic athlete. I dusted off my $5 Target goggles. I made a mock sport suit with some black simple bathing suit bottoms and a purple sports bra that looks just like a sport bathing suit top (you really couldn’t tell that it wasn’t a suit, but I do need a one piece because I won’t comment on what happened every time I pushed away from the wall…)  I packed my bag and towel. Played grown-up in the locker room. And I swam for about 35 minutes.

The first 20 minutes were steady and boring. I decided that I needed to challenge myself with some sets of something so I did 4 lengths of the pool and tried to beat my time 4x in a row. I believe my pool is 25M, so I was doing 100M in 2 minutes. Does that sound right?

If anyone has any time challenges for me as a beginning strong swimmer, please share!

Before I got in the pool I also did 15 minutes of core work and weights for my arms. My arms didn’t seem to notice the weights before swimming that much. Not sure how tired I was at all after the workout – another reason why I need a drill to do!

I showered at the Y so I’d be all ready for dinner when I got home. My eyes looked awful from the goggles and smeared eyeliner!

My LEG felt great. I think the water and gentle kicking movement was therapeutic!

I came home to a house full of split pea soup smell! 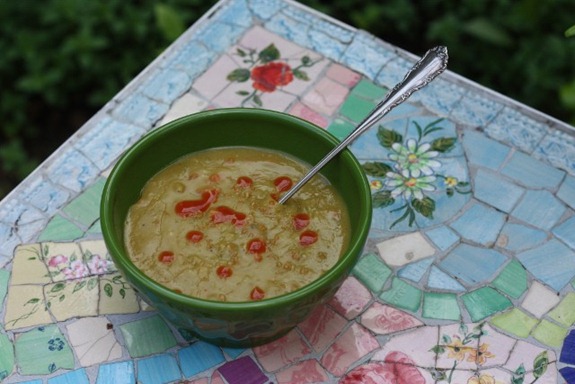 Topped with Frank’s Red Hot and Garlic Gold!! This stuff goes well on everything. (The coupon is still good all week = GarlicGold) 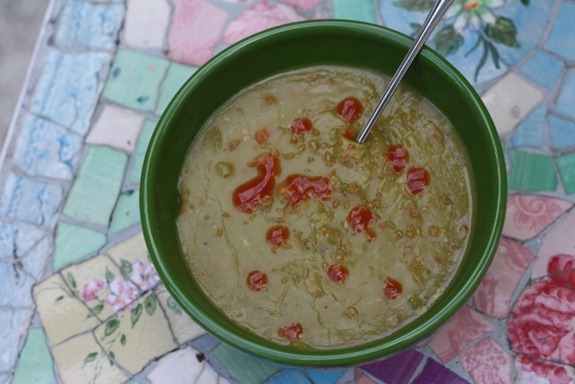 Matt was instructed to throw a pound of split peas into the crock pot with a quart of chicken broth, carrots, celery, herbs and spices and the result was the creamiest pea soup I’ve ever had! I did have to stir it several times and move it from high to low quickly. Unfortunately I don’t have the recipe instructions because Matt is already up in bed, but the recipe linked above is our go-to one with bacon (which you can omit) and the ingredients are about the same. Just put in crock pot and turn to high for several hours. 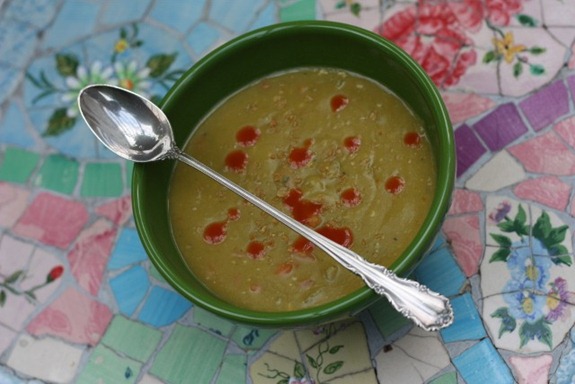 Served with a slice of 9 Grain Toast 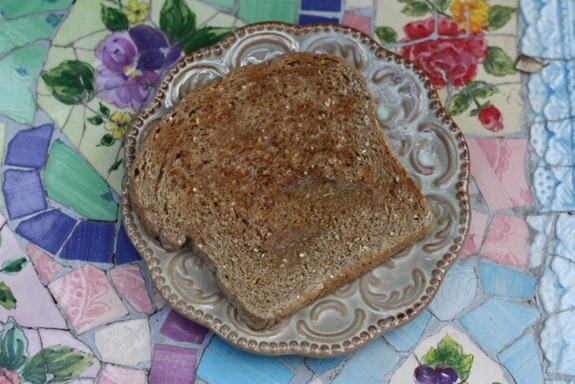 Spread with a thin slice of real butter 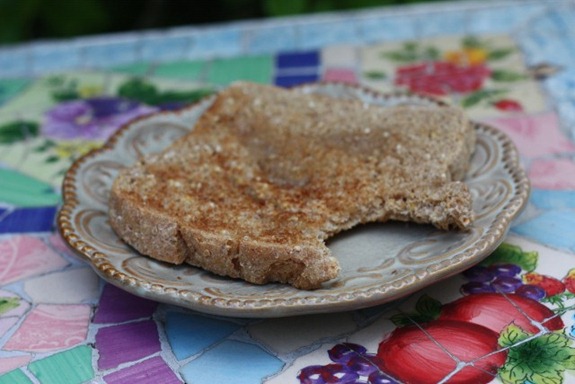 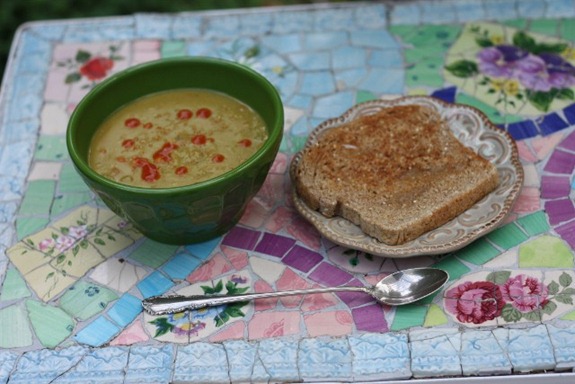 After dinner we watched GLEE. Very disappointing. Will I horrify you if I say I really don’t like Madonna’s music? At least not for a show choir. I’m on Puck’s side! One Madonna song (Like A Prayer) would have been awesome. 10x was not fun to watch. More variety please.