You are here: Home / Weekend / The Non-Perfect Dinner

You guys know I don’t eat a lot of red meat, but I was actually kind of looking forward to having this London broil that the husband marinated in BBQ-y flavor and froze while I was at BlogHer. But it was just blaaahhhh! Neither of us was really that hungry for dinner too, so we just kept it simple and it was disappointing. Sorry to keep letting you guys down with mystery recipes and/or boring meals! 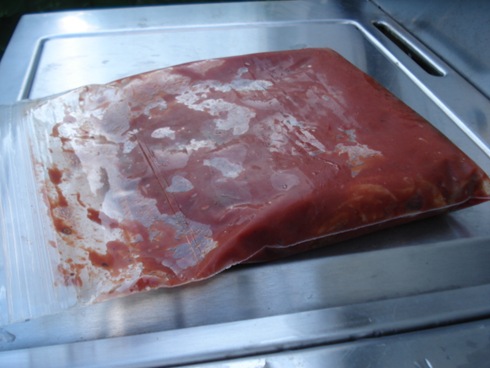 About 3 oz of grilled steak – 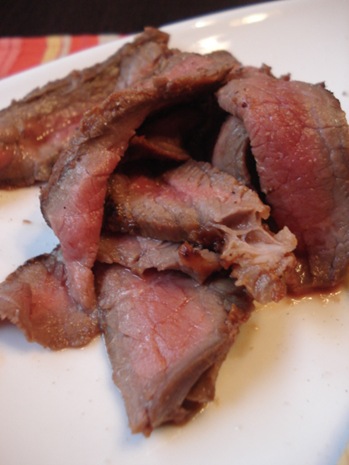 And grilled CSA squash on the side – 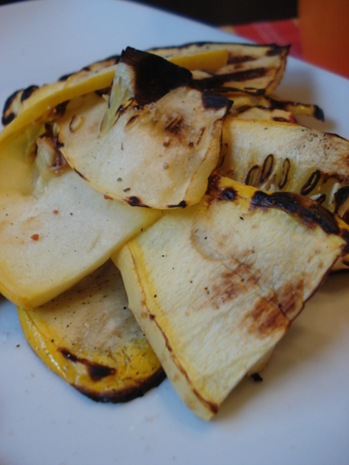 I know I’ve had too many kashi crackers today, but my plate needed something to spice it up!! 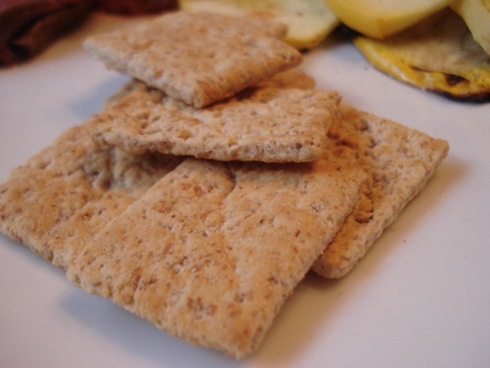 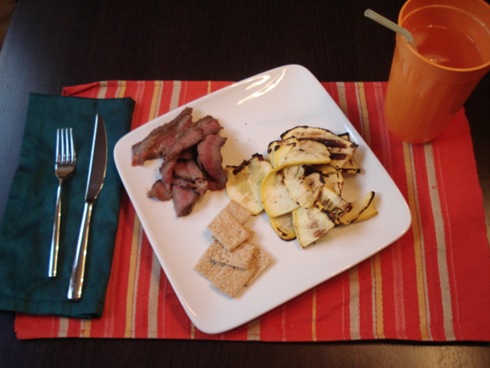 Pre-dinner mocktail (with some cherry juice, a cherry, lime) and a FIG! 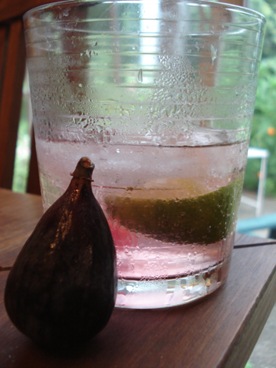 But the fig (a California Mission) turned out to be gross. Kind of a cross between an eggplant and a plum. Not that sweet at all 🙁 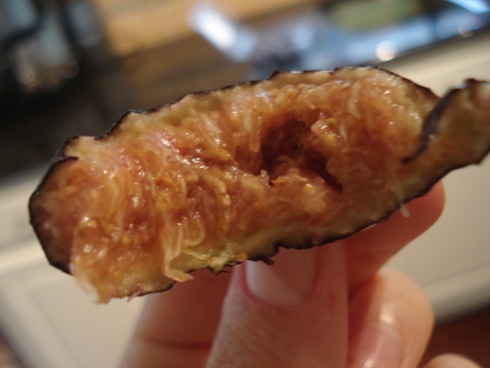 After dinner we went on a nice walk. It’s freezing out there!!! I’ve been in jeans all day. But it was really nice to get some fresh air. I missed my workout today! 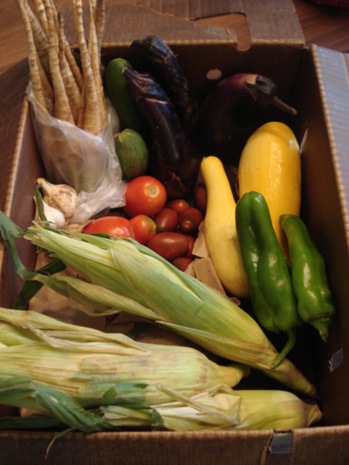 On my way home I stopped into Fresh Market for coffee. The husband had been working on a bag of their winter blend, which is the first coffee of theirs we haven’t fallen head over heels for. I think their coffee is far superior than most flavored kinds I’ve had. I started jumping up and down when I came across these two flavors!!! 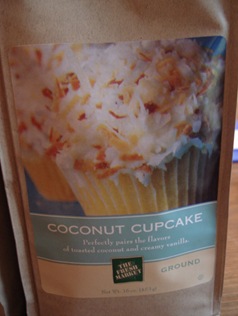 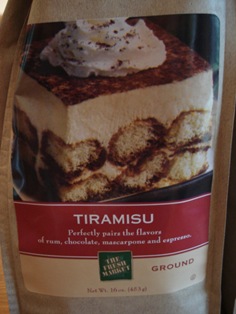 Coffee was unappealing to me for most of the summer, but my taste is coming back. I still don’t want to become dependent again, so I’m going to try to rotate coffee with decaf tea throughout the winter when I have to have a hot beverage with breakfast or I’ll get frostbite.

While in Fresh Market I sampled: a baby cup of coffee (with a splash of half and half), had 2 jelly beans, tasted 2 wines (about 1/2 an oz each) and 2 kashi cracker samples. I totally had to pretend that I’d never had them and said “ohhhh these are so good!!”

You know, I’ve been living off of the Honey Sesame, which I think is by far the most superior flavor. I used to love 7 Grain but now I think it has a slight herb-y taste that I’m not all that crazy over in comparison to the Honey Sesame. But the HS are REALLY addicting. Maybe I need to have a kashi cracker detox too!

I watched the women’s team gymnastics tonight. So sad that they made so many mistakes but you can’t complain much about silver! I’m really excited about the all-arounds – hopefully we have a TV in the mountains. Or at least I’ll have to watch on my computer when I get home, although then it’s too easy to get impatient and fast forward and just watch the Americans! Oh, and Michael Phelps is both amazing and hilarious.