You are here: Home / Lifestyle / The Great Thaw

The ride home was quick, and two conference call interviews kept me busy. We stopped into EarthFare to pick up a week’s worth of fruit, veggies + dairy. I iPhone-snapped a shot: 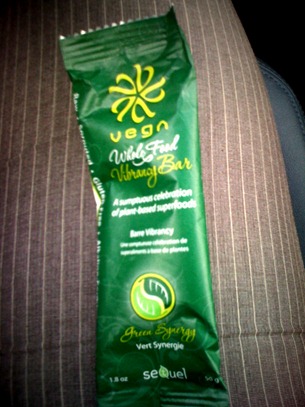 We came home to a FA-reezing cold house!! I had the heat on hold at about 50* and I think the house was even colder. We were worker bees for about 2 hours straight unpacking. Unpacking from Christmas is the worst because you have gifts to unwrap and put away too! I was going to do some kind of workout this afternoon, but I decided unpacking was a workout in itself. You’d think all that moving would have warmed us up, but we were freezing straight to dinner. ALSO, the whole house was chilled to the bone because every time I’d open a drawer cold air would puff into my face!

I was also planning a snack when I got home but my busyness made me forget to have one and soon enough dinner was on the table.

Matt picked out a celery root and a bag of parsnips at the grocery store to put into a soup.

The result was a thick root soup with a nice bite to it! 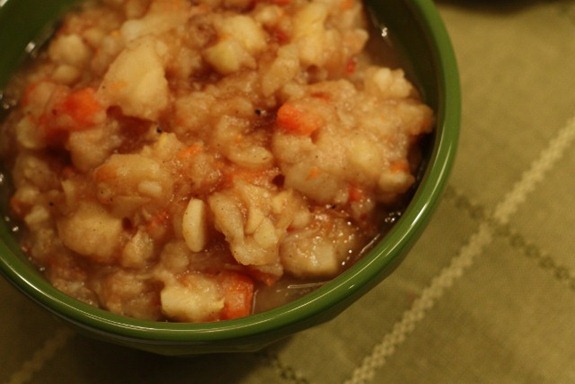 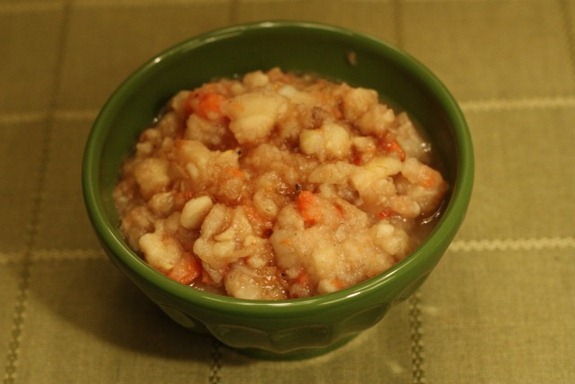 The maple finish was stellar! OH – and that’s my new Anthropologie bowl Santa brought me!! Love those bowls.

On the side I had some Sea Salt Melba toasts, which were part of the shipment I was sent to review a while back. Also presented in a new Anthropologie dish! 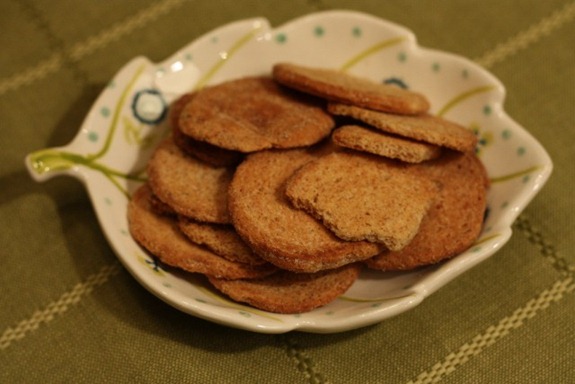 Here’s its sister so you can see the design 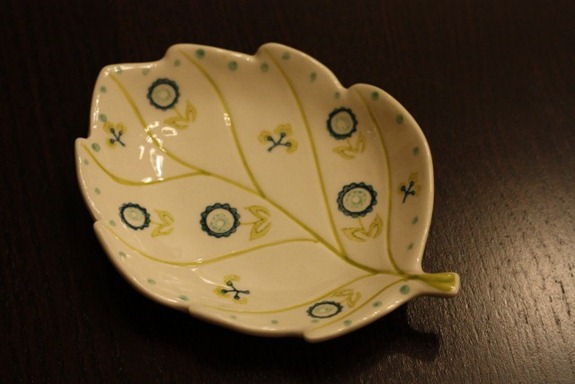 These melbas were the best flavor yet!! 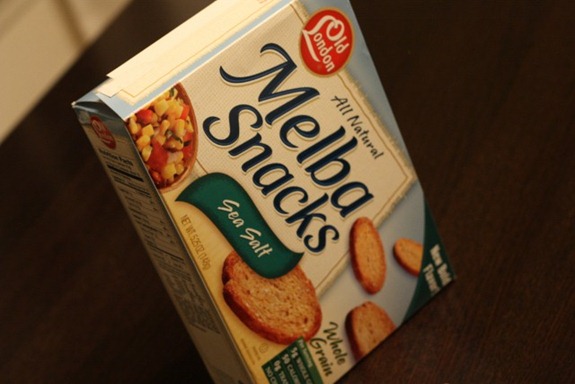 Dinner was served with tea to help us thaw 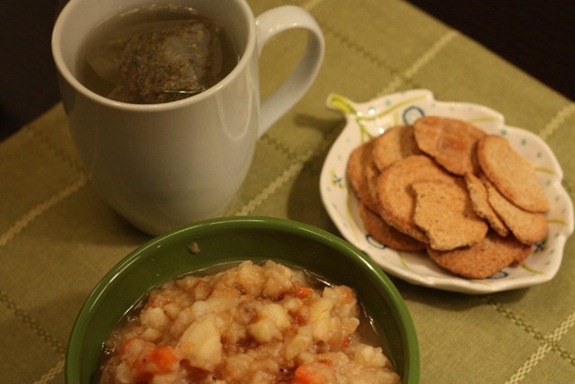 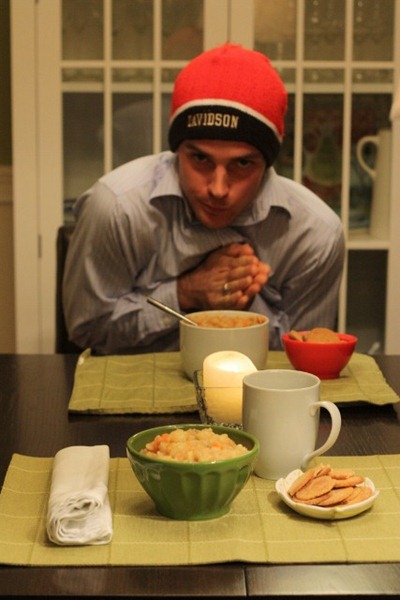 We had some packages that the neighbors captured for us while we were gone. 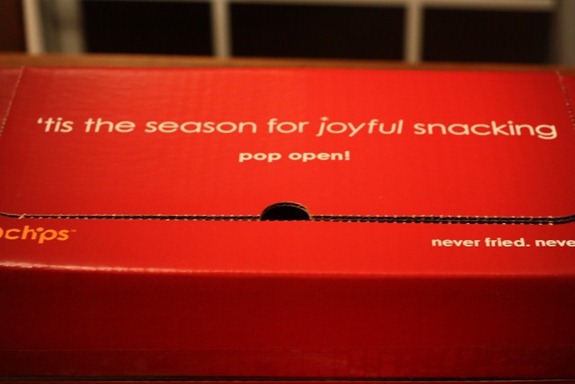 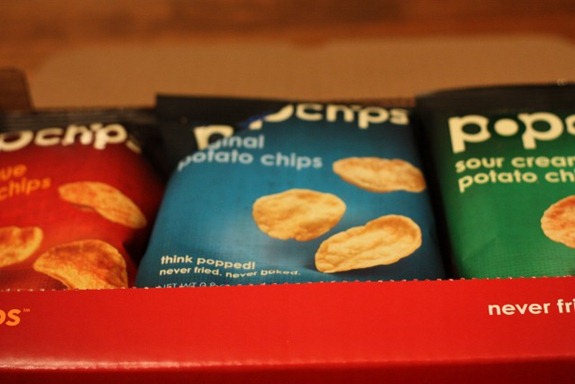 And a really fun surprise from VeggieGirl!! 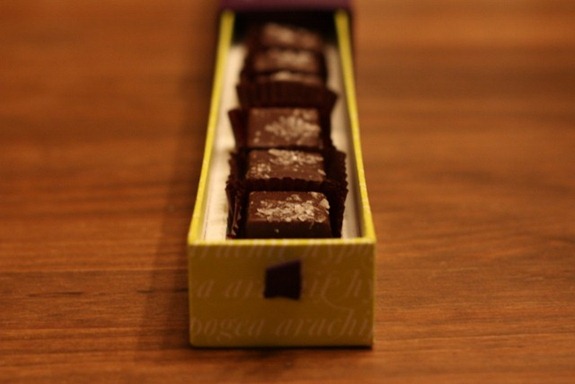 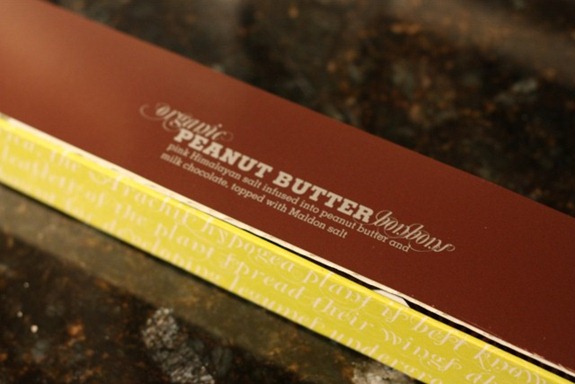 I had one for dessert – HOLY MOLY this was good!!!! The salt was incredibly flavorful and the peanut butter subtle and rich. 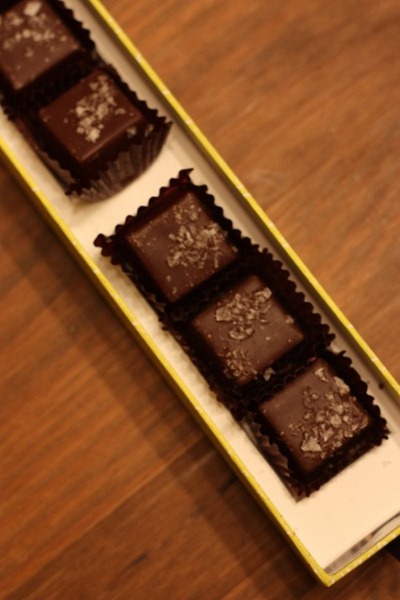 Thank you so much Liz for your friendship!

Off to drink more water. I think the combo of marsh-flavored water and my toxifying NYE left me as dried up as a grape in the desert

24 hours until I’m going to bed for my first full-time job week again! It’s been 2 years and I’m scared.