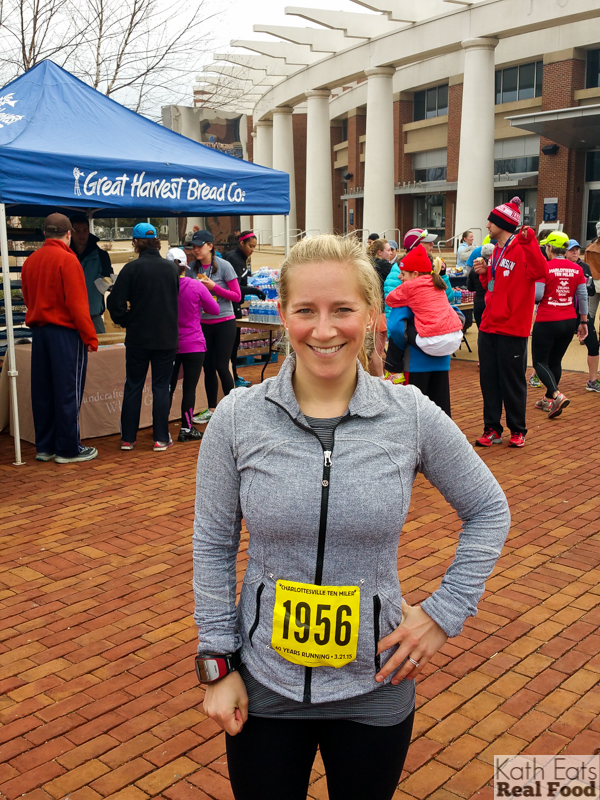 And not only survived, I had a great race. It’s kind of all like a dream now that I’m sitting down to write about it hours later.

I started the day at 5:30 with toast topped with banana and almond butter. And half caf coffee! I considered full caffeine, but I didn’t want to be too jittery. 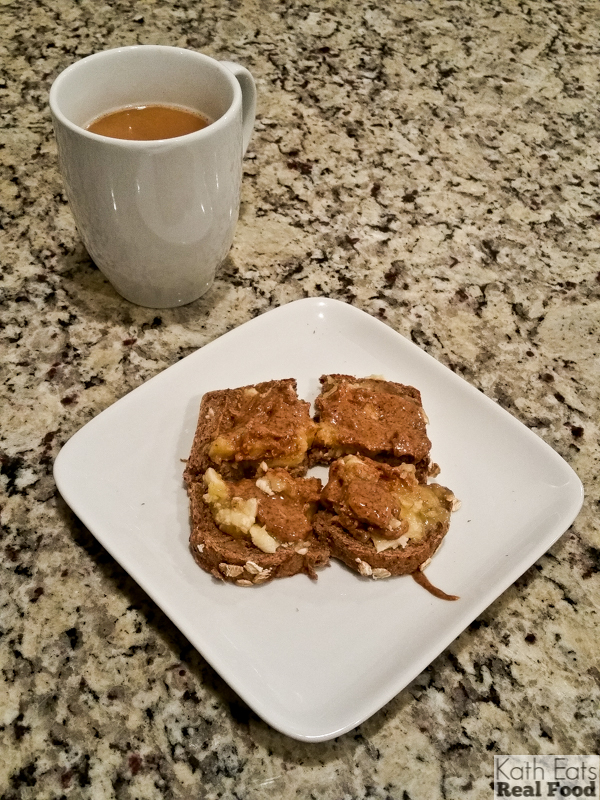 This is the only pre-race shot I have with some of my friends – at soon as we started we separated and then never found each other again! 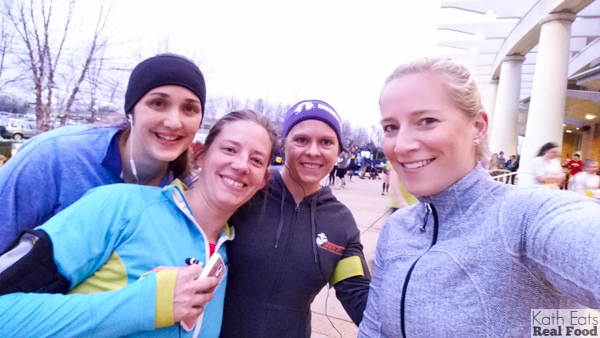 The race was a perfect storm for me. My legs were rested. The weather was decent (although on the cold side). I felt generally energized and strong. I gave it all my all, and really surprised myself with my time.

The race information packet gave quite a bit of information on running your best race. The tip they hammered in was to make your first mile the slowest. This wasn’t too hard to do because it was SO crowded for the first half mile or so, but I think it set me up for a strong run.

The biggest surprise for me was that the hills weren’t as bad as I was expecting. In the 5 years that I’ve lived here, I’ve heard so many comments about the hills on the 10 miler. But honestly – there weren’t many steep hills at all (compared to the ones I ran my training runs on!) I knew from the race packet that the Lexington hill was “the mental one” but I think since I’m used to running that a lot it was easy for me. The hard one was the hill by The Corner and UVA – at mile 9 that was killer! After my slow start with mile one, miles 2-6 were pretty easy. Miles 6 and 9 were my hardest, and I tried to sprint it in to the end and ended up with mile 10 as my fastest. The cheering and live music, as always, were so uplifting. I knew once I saw that I was easily running sub-9:00 miles that so long as I kept my average pace under 9:00 I’d be set for a 1:30 race.

I took water and Gatorade wherever I could and ate dried tart cherries from my pocket a few times. I also had the Dixie Chicks, Ben Rector and Glee Season 1 to thank for some nice tunes!

Here were my splits:

I’m so surprised that I had a sub-90 in me. I really had no idea considering a ran 9 miles in 1:33 just 2 weeks ago on a nice sunny day. Maybe it was the adrenaline or maybe my legs just remembered their old stride.

I have to say, I hadn’t felt an adrenaline rush like crossing that finish line since I gave birth!

And man, if I had known I was so close to a 1:26 time, I would have trucked it that much harder in the beginning : ) 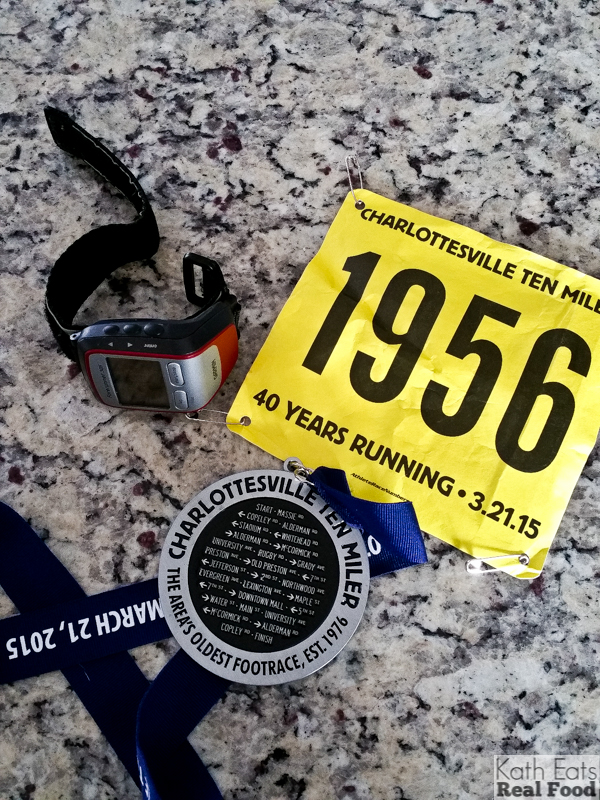 Post race I had cinnamon chip and a quick massage! 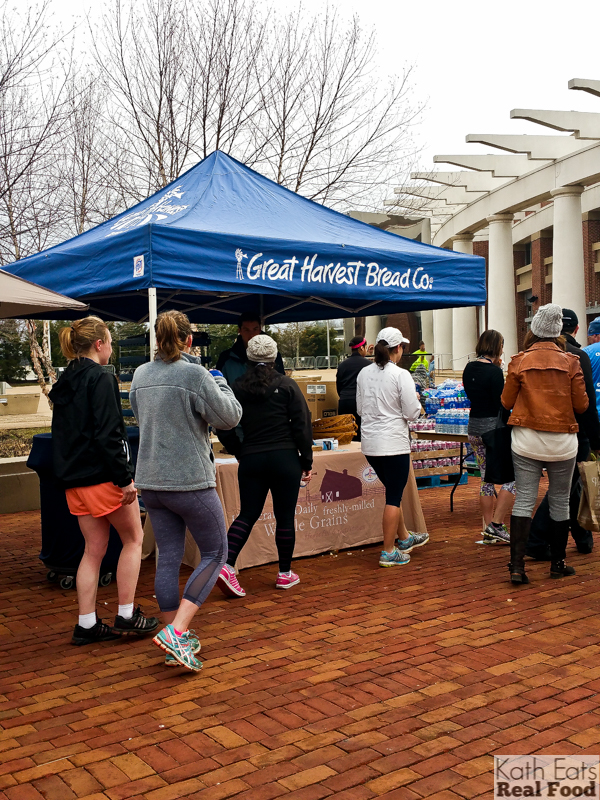 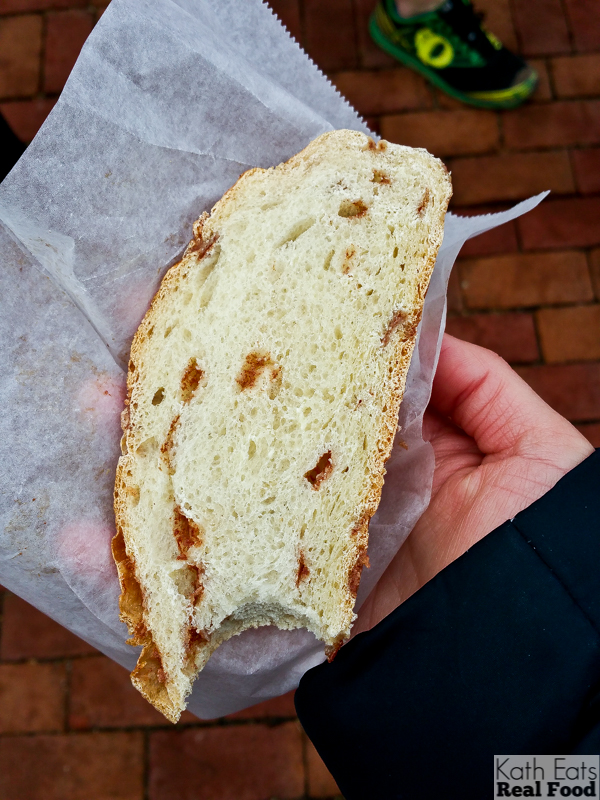 My only complaint about the whole experience was how cold I was after the race was over. I was wet head to toe with sweat and it was probably in the upper 30s or 40s. Freezing! Thankfully I had my down coat with me and we could go inside to warm up, but I was chilled to the bone until I was out of a hot shower at 10:30. 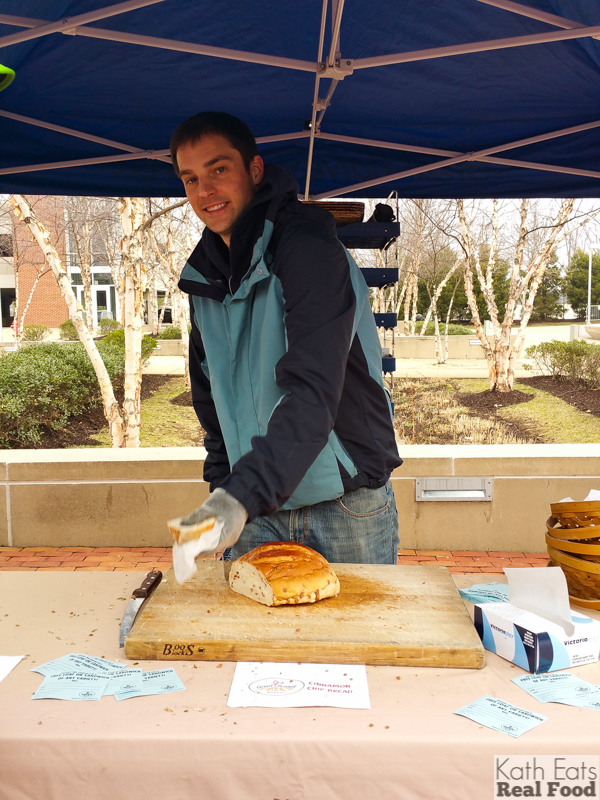 After taking Karen to the train station, Matt went back to work and Mazen and I went on a date to First Colony Winery, which was having a Kite Day! 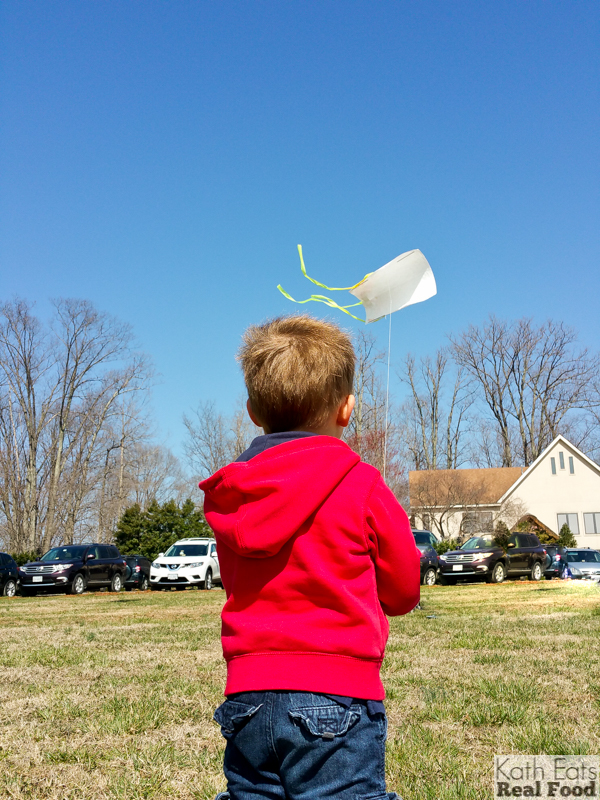 Mazen painted his own kite and we met some friends there for a picnic. 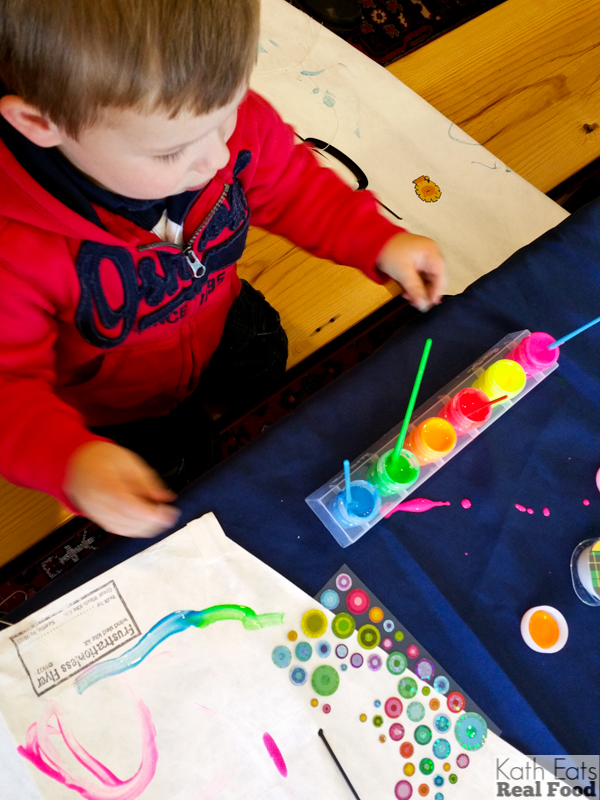 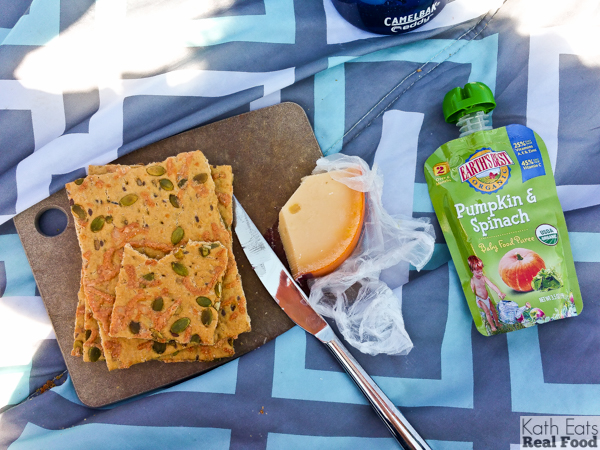 And lunch (which I had waaaay too late and was starving!) was crab cakes and french fries. Mazen went up to the food truck and said “Excuse me I need some french fries” after he saw another child with them, so I couldn’t say no. The crab cakes were awesome! 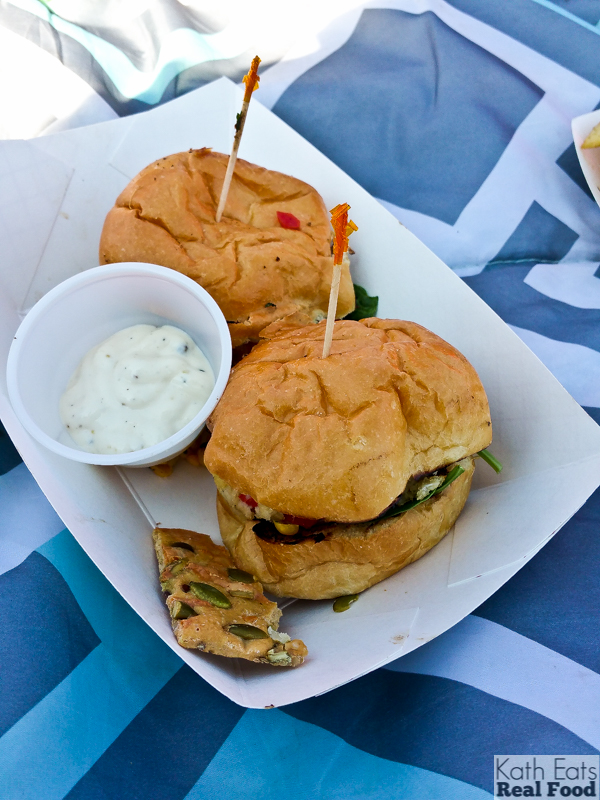 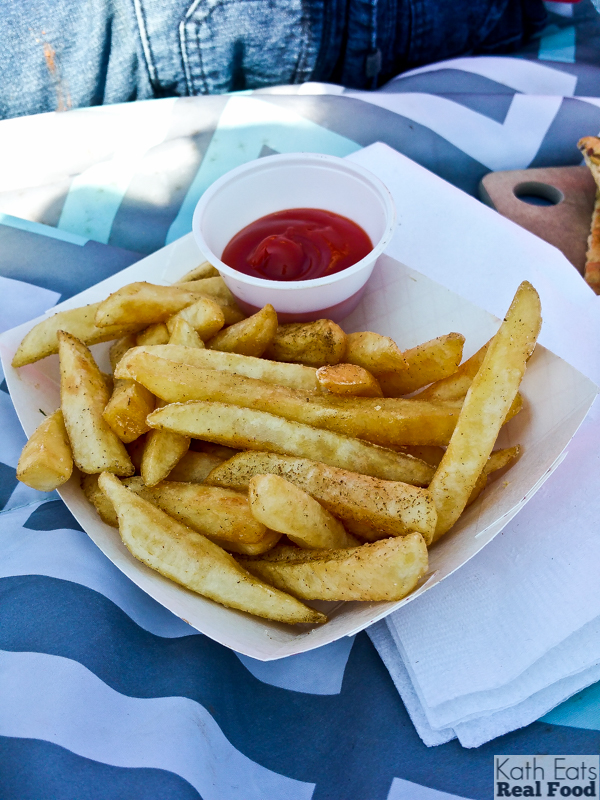 I’m ready to put my feet up and chill out for a bit for the first time today. Totally exhausted. 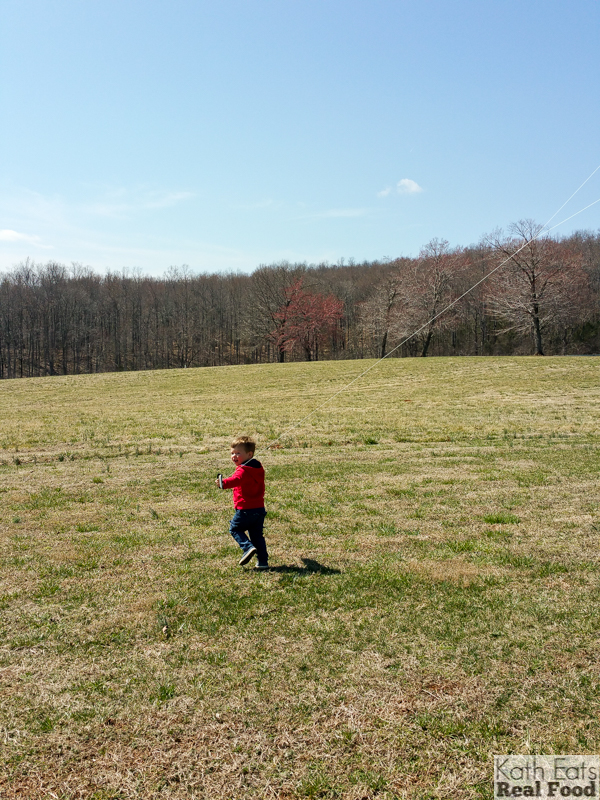 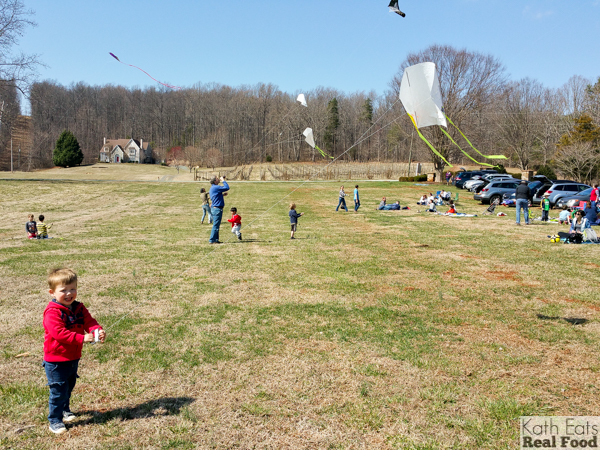 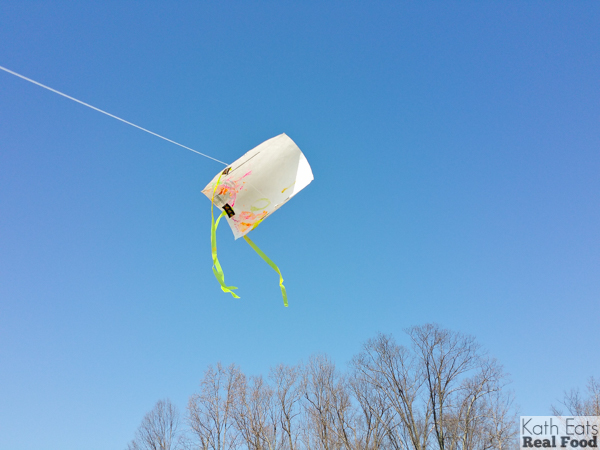