You are here: Home / Lifestyle / The Bears Face Their Fears

An update from Grammy Buzz who is entertaining the Bears for the summer!

The Bears have enjoyed a glorious summer filled with intrigue and adventure as well as some quiet times just hanging out with Grammy and Granddad. Thank you all for your kind inquiries into their activities and whereabouts. They are happy, free spirits in so many ways, but as the summer progressed, I realized each had a fear that was holding him back. So this week, with gentle prodding, I encouraged the Bears to face their fears.

Beaker is afraid of snakes. We had a friendly garden snake in the yard two weeks ago. Beaker bolted inside. I couldn’t get him out of the house for three days. I explained that we never take chances with poisonous snakes, but that other snakes are our friends. We began by inviting just one snake over to play. 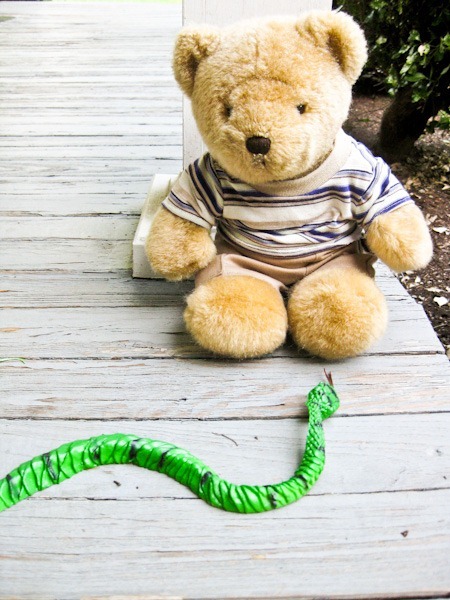 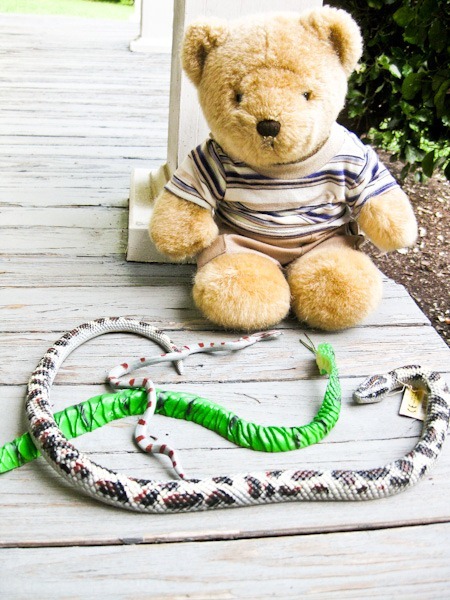 Then the whole gang. Before long, Beaker understood that these snakes were gentle, friendly souls. He has now made such fast friends with the whole crew that he has invited them to Charlottesville this fall. Fun! 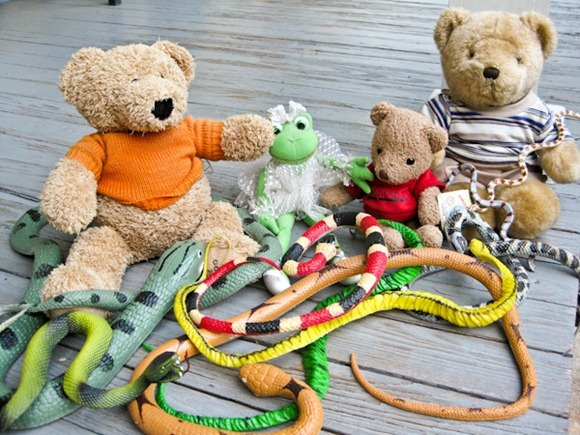 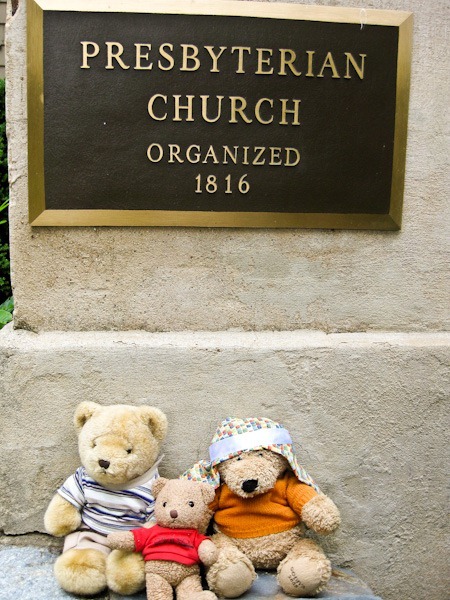 I suggested he pretend the congregation was only wearing their underwear. He thought that was so funny, that he agreed to give it a try. He donned a shepherd costume and did a lovely job reading Psalm 23. 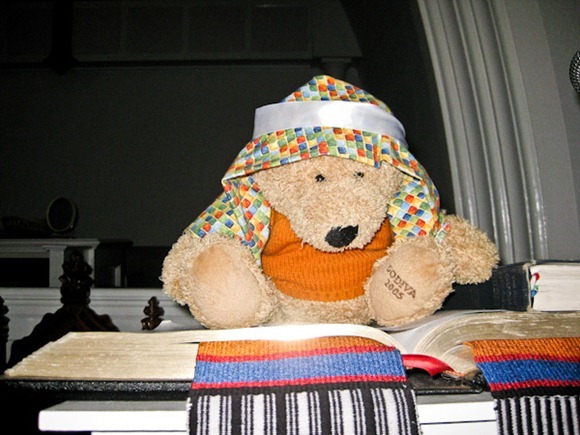 His brothers listened with great enthusiasm from the front pew. 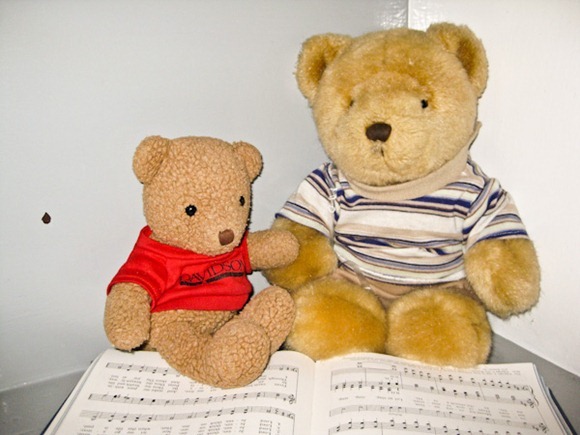 After the service our little shepherd posed with the pastor, Dr. Bob Brizendine. 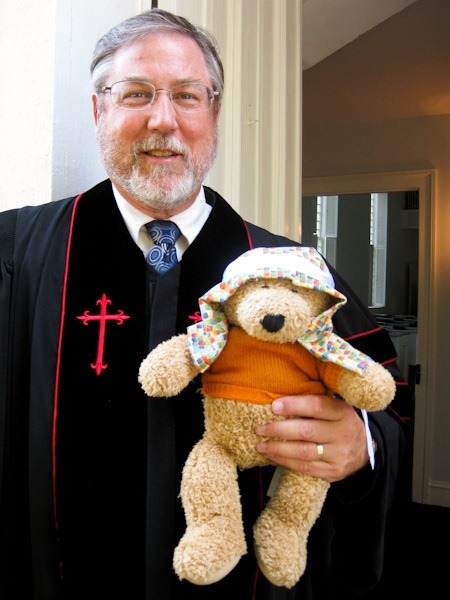 When we got home, Churton said, “Grammy, I think I might like to be a minister or an actor or maybe even the President. I’m not afraid of public speaking anymore.” Yes!

Bocker is terrified of the moon. For a long time, I couldn’t figure out why. Every night, we have to close the curtains in his room. If he is forced to be outdoors after dark, he is constantly checking to make sure the moon is still in the sky. Finally, the truth! It turns out that a middle school bear told him that once a summer, the moon picks a small bear to snatch.

We’ve all worked hard to help Bocker befriend the moon.

I bought him one of the lovely Moon Bear books that features a bear who looks a lot like him. 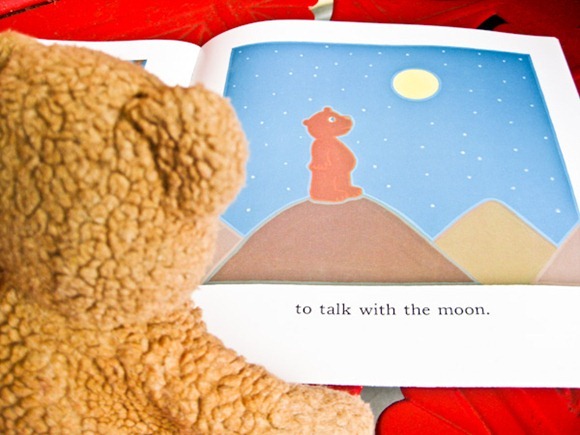 His granddad gave him a camping kit. Gramps thought a sleep out would help, but Bocker darted inside as soon as the sun set. 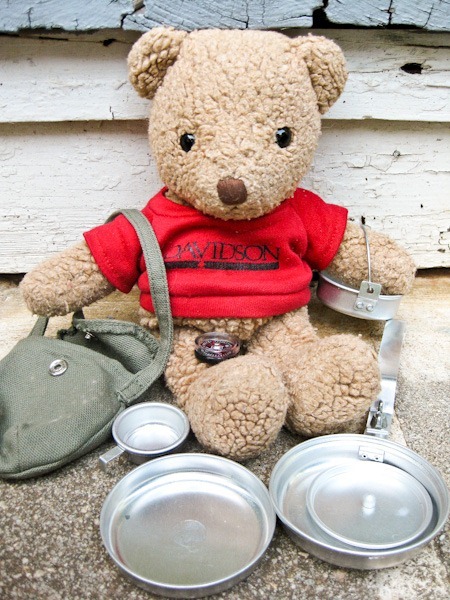 We’ve sung about the moon. 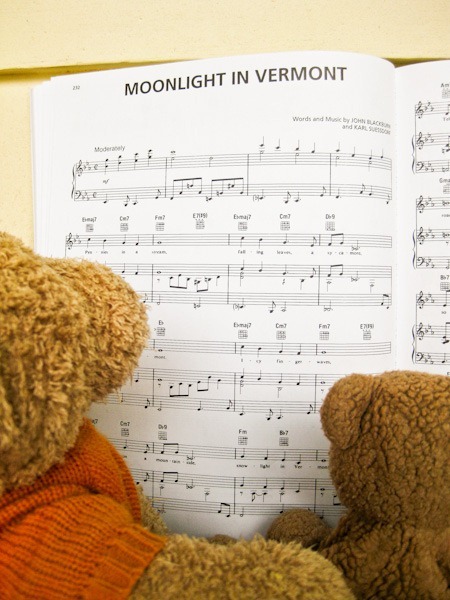 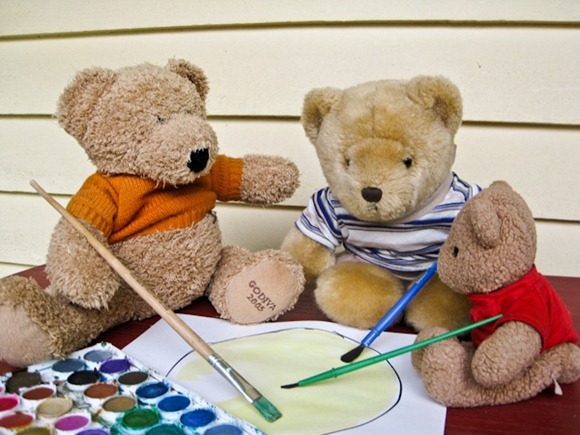 Dressed up as the moon. 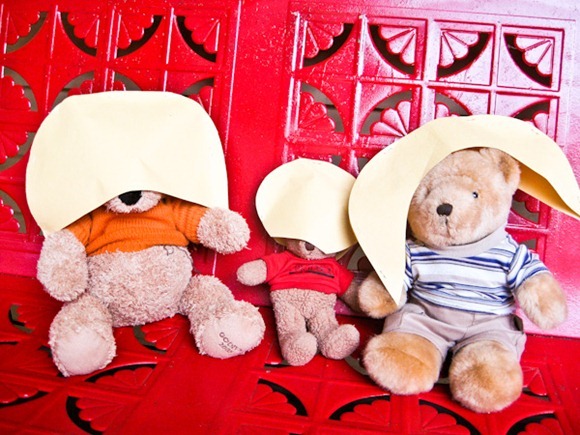 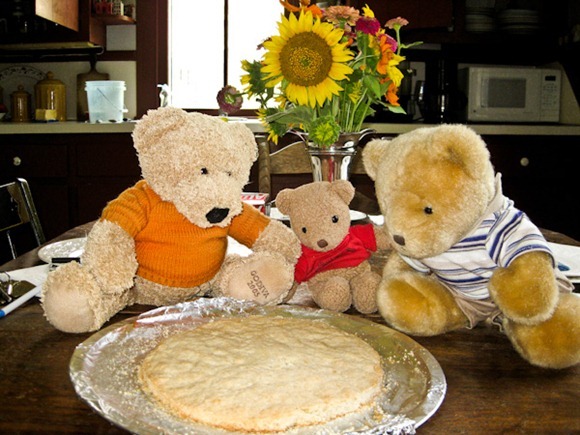 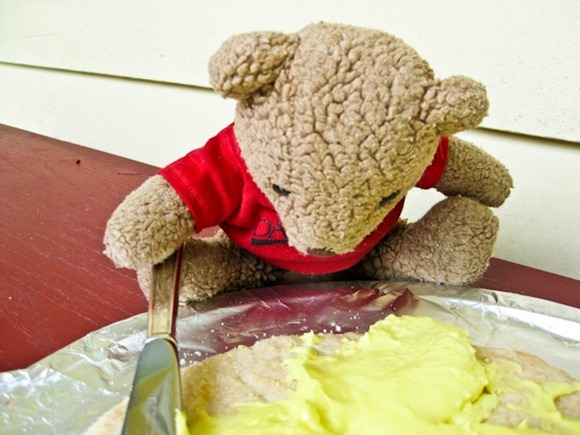 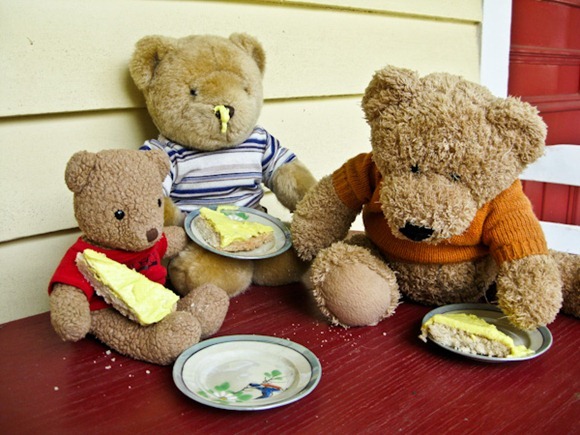 Nothing has helped. Every night, while his brothers are chasing fireflies, Bocker waits for them inside. 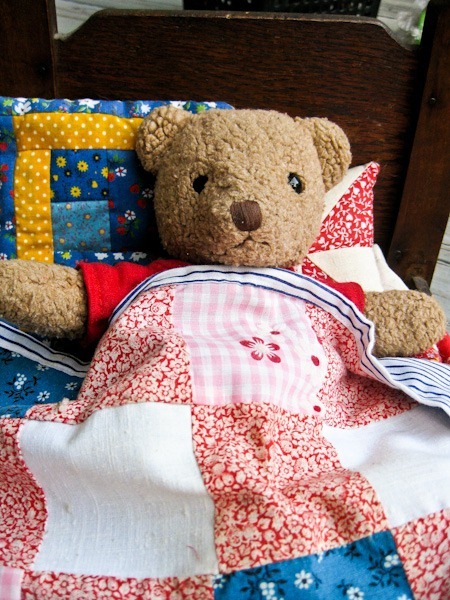 So I’m calling on Kath’s clever readers. I’m desperate. Any suggestions? How can we help this sad, terrified young bear enjoy the world outside at night?