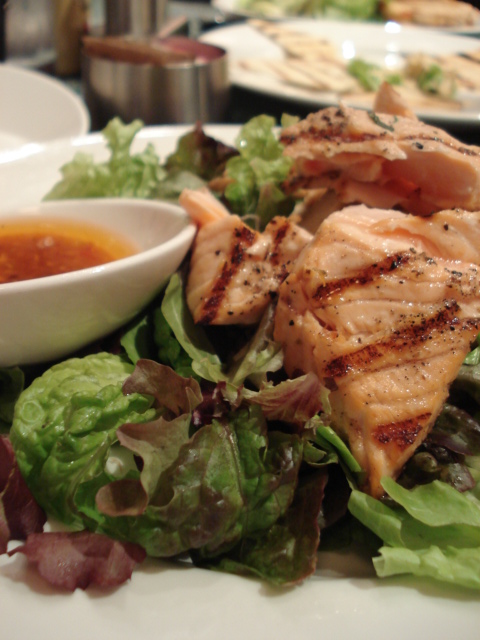 Back from our trip Uptown. Boy the lightrail was slow today. I can’t believe we hadn’t eaten at Sonoma Kitchen before – it’s right up our alley. Hip, swanky, and modern.

We ordered the hummus and pita to start for the table to share. It was good hummus – had cumin in it – and the pita was very thin so you got to have a lot 🙂 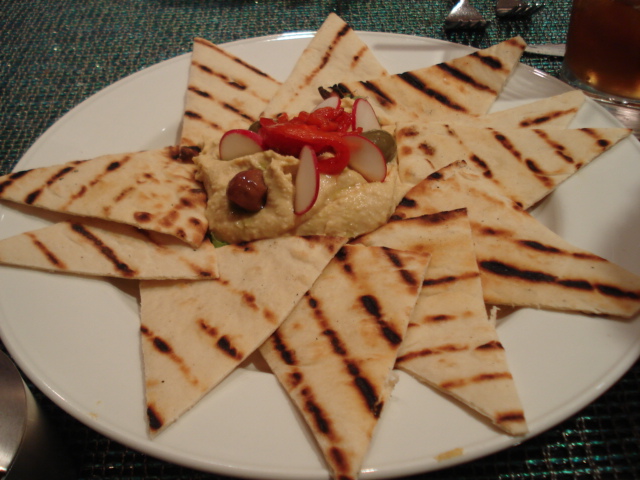 My triangles. I had a third plain one after my salad to cleanse my palate 🙂 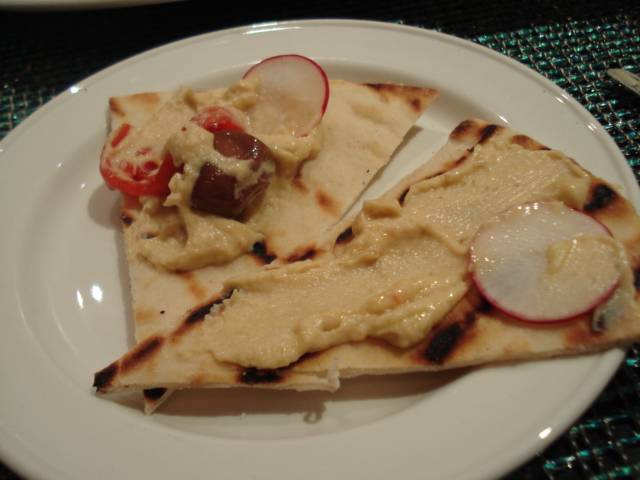 I ordered the Salmon Salad, which came with 2 big artichoke hearts (buried!) and a plum-lime Asian chili dressing. I poured off most of the oil and ate the flavor part of the dressing, which was delicious. Rather garlicky though! 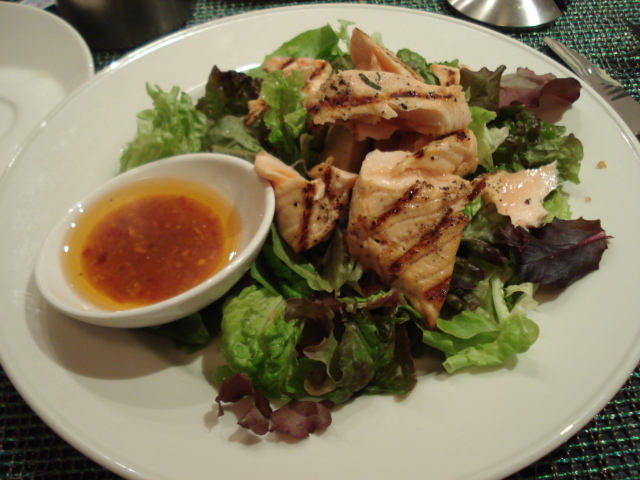 This was seriously the best salmon I have had in ages. I ordered it medium rare and rare it was! SO delicious! 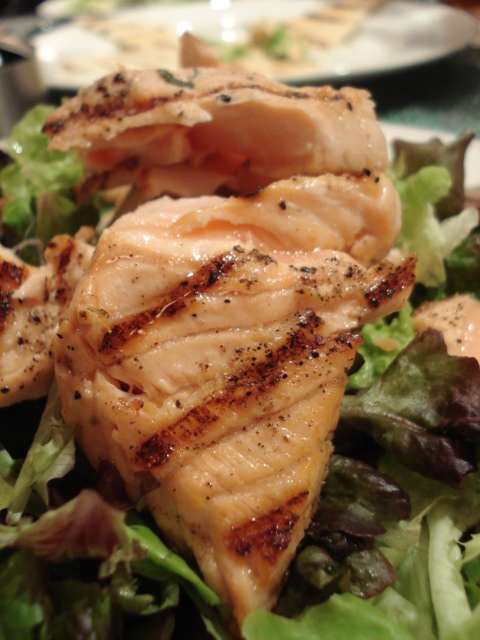 I had 2 cups of plain hot tea to drink – Mighty Leaf Ginger, which I really liked. 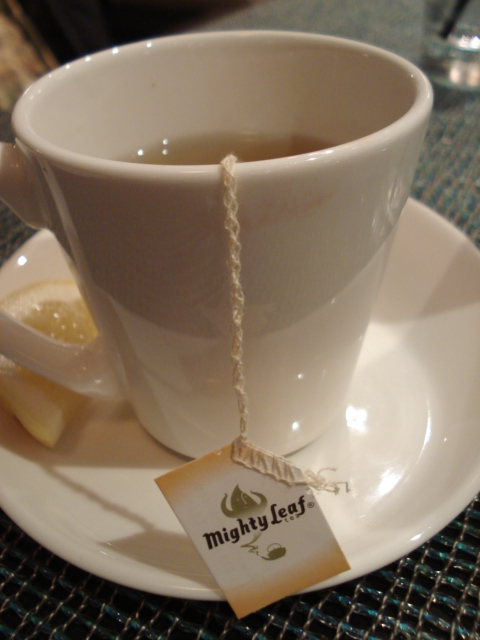 I estimated this lunch to be about 525 kcal.

Gotta go write, type, think this paper! I’m not going to finish today – there’s just too much to do, but I decided to have the first 2 sections done would be awesome.