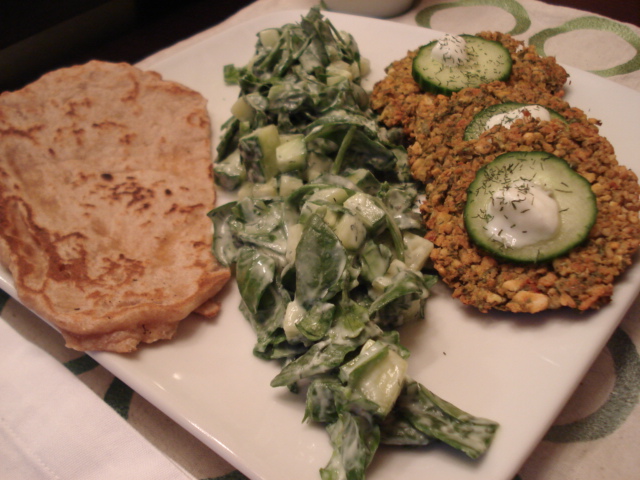 This dinner was one of those “had a little bit of every flavor” to make my palate and stomach very happy!

This falafel recipe was good, but not fantastic. I don’t think I’d make it again. Next time I might try doughier balls of it. We had some trouble with the patties sticking together. But it definitely tasted great!

I used this recipe from Cooking Light: Baked Falafel. I halved the recipe. I soaked and boiled half a bag of chickpeas yesterday – SO much better than canned – and used those in the recipe. Of course I omitted the green onions and used a handful of spinach instead. I also added about a tbsp of lemon juice and parsley only (didn’t have cilantro). My bulgur never absorbs water well, so I had to squeeze out the water too. Not the best technique.

Here are the crumbling patties before cooking – 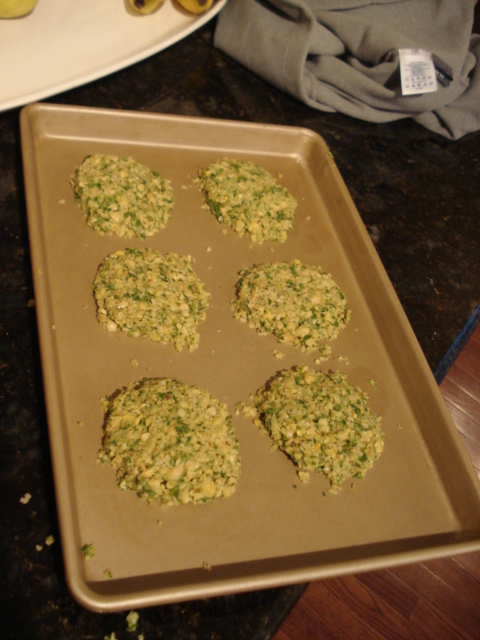 But surprisingly they browned beautifully! And we were able to flip them after about 15 minutes of cooking. The raw garlic didn’t cook very well, so it was quite strong, but the flavor of these was great. And each patty was only 80 kcal! 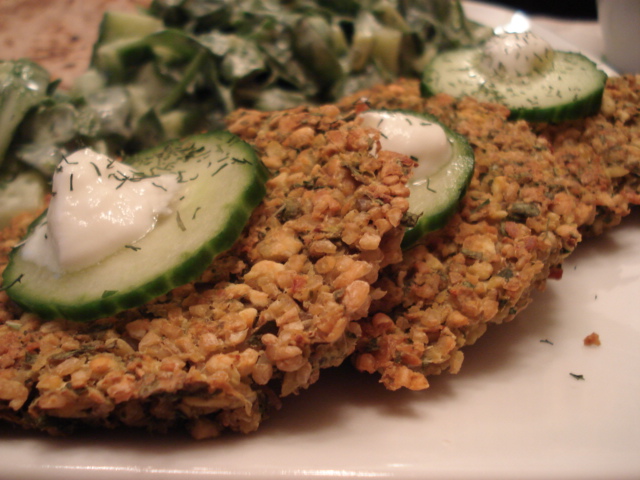 We were going to serve the falafel IN the pita bread with a small amount of yogurt sauce and a spinach salad on the side, but you can see how this meal morphed!

For the cucumber salad, I just used my imagination. About 1/2 a large English cucumber, 1/2 a bag of baby spinach (chopped), some more parsley, about 6 oz of plain yogurt (I used Stoneyfield but Fage would have been nice), dried dill, and half a lemon. And S&P.

It was delicious – and SO fresh and healthy! 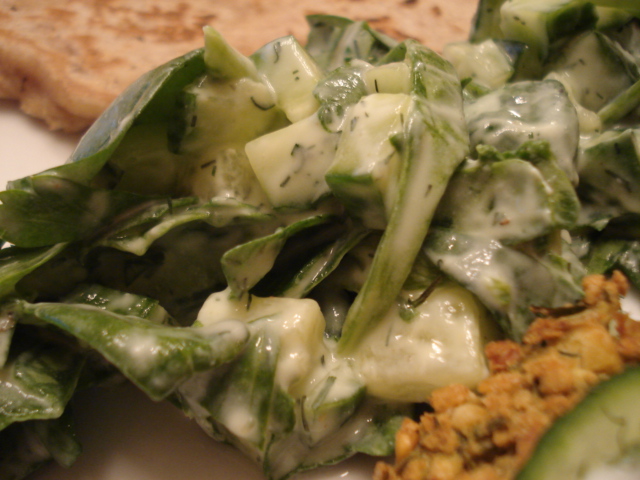 I made the dough myself this afternoon:

Mix together. Play with like play-dough for 10 minutes. The dough will stick like CRAZY to your fingers. Just keep playing. Sit in warm place for an hour. Then separate into big blobs and put on hot skillet = fried dough. So chewy, so good! Makes 2 doughs, about 170 kcal each. (We’ve made this as “grilled flatbread” before on the grill and it turned out much different – I have no idea why). 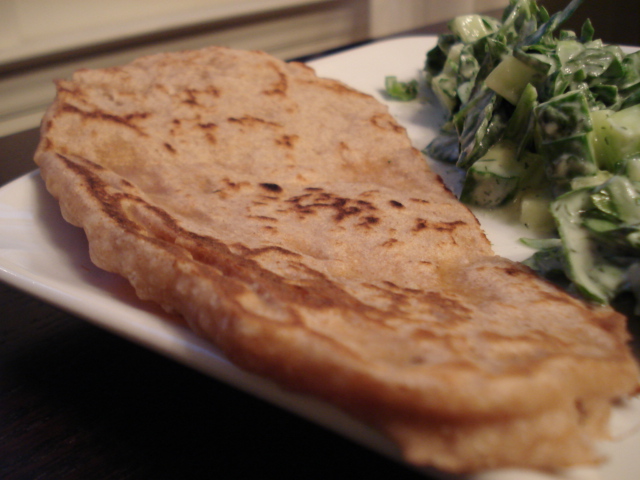 All together. More Mightly Leaf ginger tea (I got an extra bag at lunch). I really like this flavor and can easily drink it without sweetener OR milk. Maybe I’ll buy some!? 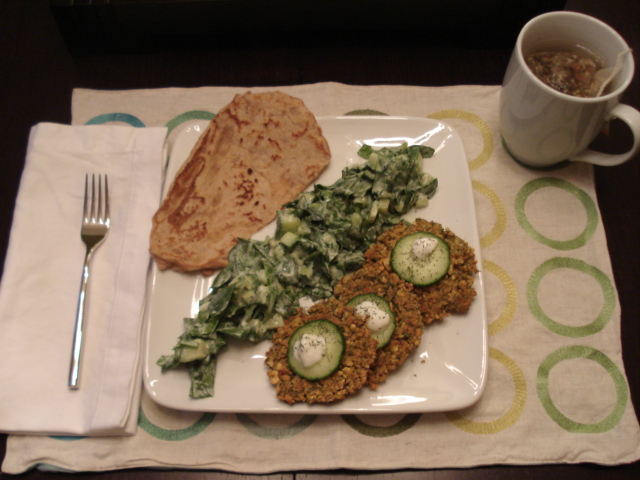 This dinner was roughly 500 kcal, 16 grams fiber and 24 grams protein.

Got a good amount of my paper done today, but not enough!! Tomorrow I’m here ALL DAY – all three meals!! So excited. And hopefully I’ll knock this paper out.