You are here: Home / Lifestyle / Super Sandwiches + Bowls Of Guac

Karen’s condo building sure knows how to throw a party! [I say that surprised because many of the residents are in their upper years of life 🙂 ] They had tons of food – this photo was taken before many of the potluck dishes showed up (we thought this was it and they just kept appearing!) There were 5 kinds of sandwiches, bean dip, shrimp, guac + chips, broccoli salad, my spinach salad, raw veggies + ranch, coleslaw, wings, chicken tenders, cornbread, pickles, potato salad, oyster crackers, chocolate cake, cookies and three flavors of homemade strudel. 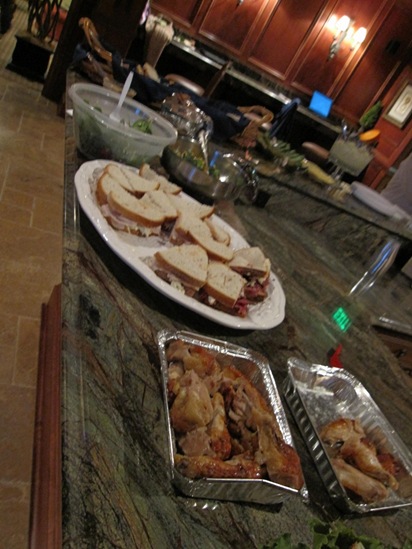 These pastrami sandwiches were overnighted on dry ice from Manhattan! 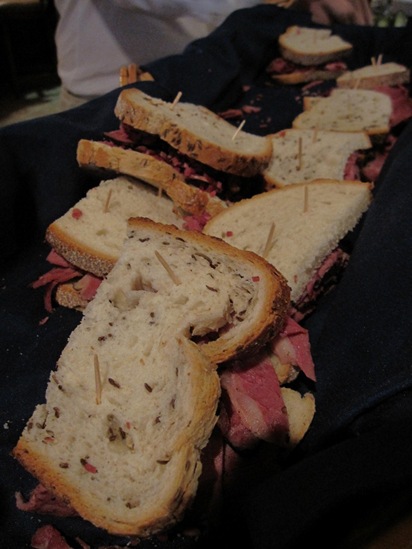 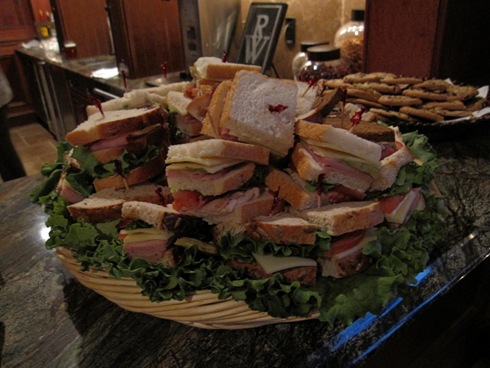 I had a ham and cheese sandwich and half of a pastrami one, pickles, a dollop of potato salad, half a plate of my spinach salad and 3 shrimp. I also had about 10 little scoop chips, some with guac, as I stood around a chatted. [That’s a big dinner size plate] 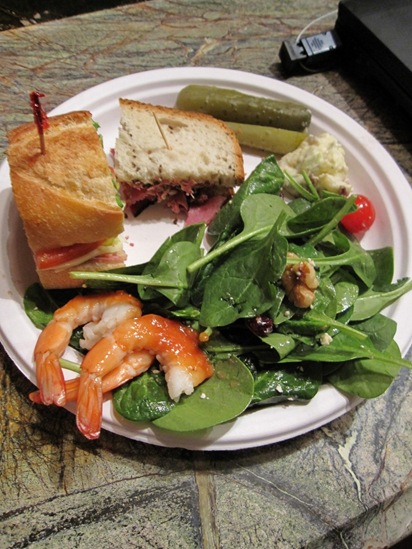 To finish off I had half of this ham roll, a small square of cornbread (Trader Joe’s mix and SO GOOD!) and about half a cup of the flaky apple + currant strudel! [This is a dessert size plate]. 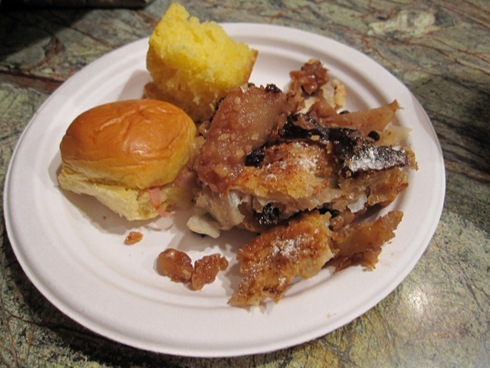 Tomorrow’s going to be an early one. The husband agreed to go with me to the gym at 5 (body clock) so we’ll be biking. We went for a walk this afternoon to the grocery store for some fruit – it was 60* and gorgeous out! It’s not going to last though, as the forecast says highs in the 40s again by mid-week.

We were chatting with the folks there so I haven’t gotten to watch much of the game or see many commercials, so I’m going to wrap this up so I can catch some of halftime! I’m routing for the Cardinals because they are North Carolina’s state bird