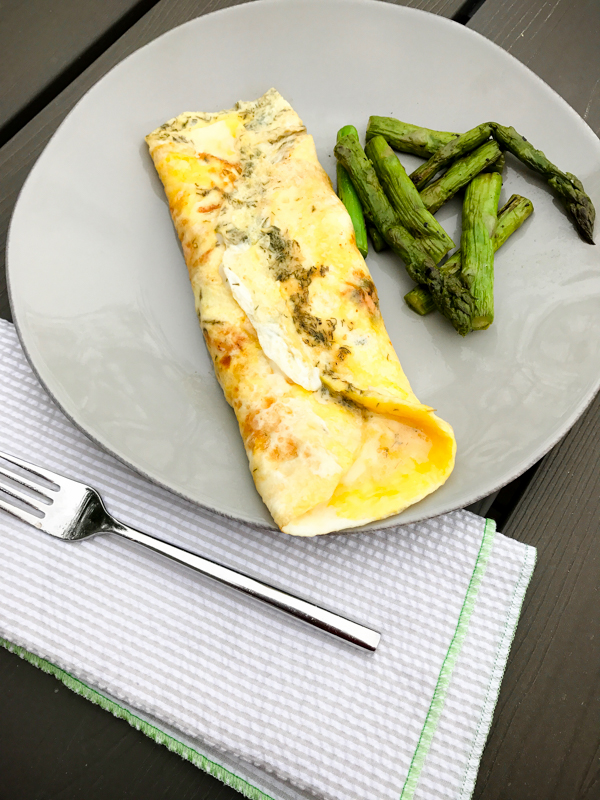 In our house we rotate through three levels of dinners depending on our schedules:

I generally plan these based on our schedules, Mazen’s schedule, weekend vs. weeknight, and other deciding factors. Well, I guess I don’t plan the throw-togethers too often, but I know they will pop up every now and then!

I made this omelette on one of those “I’m alone and have nothing planned for dinner” and it turned out so great I want to make it again! I used three eggs, chopped smoked salmon, Havarti cheese and dill. And I had a few spears of leftover asparagus on the side. Dinner, done and done in 5 minutes. 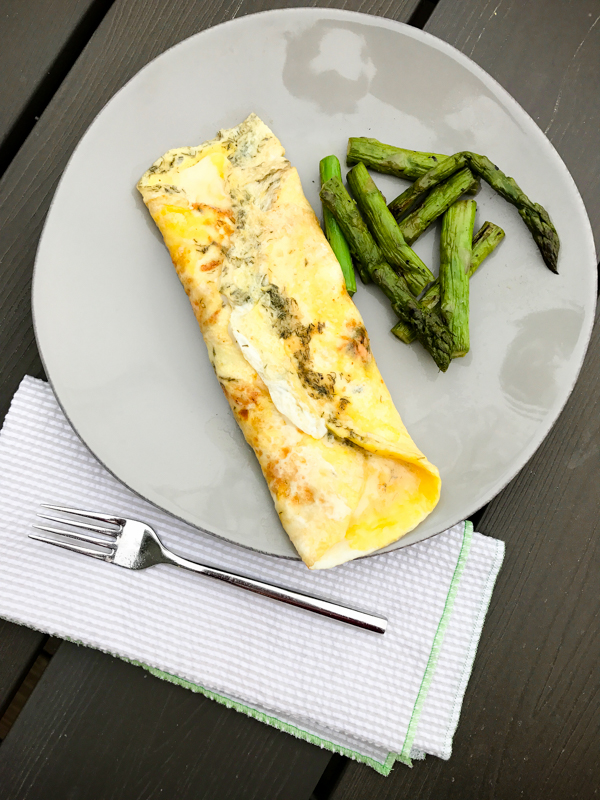 I’ve been doing a sheet pan of roasted vegetables every week lately, usually while I’m cooking Sunday or Monday night’s dinner (whichever requires the oven!). Then I have veggies to use for lunches or last-minute dinners all week long. This week’s was zucchini, two bell peppers, and a package of shiitake mushrooms that were to die for when they were roasted! So buttery-good. I drizzled olive oil, salt, pepper, and dill over the veg and roasted it for about 30 minutes. 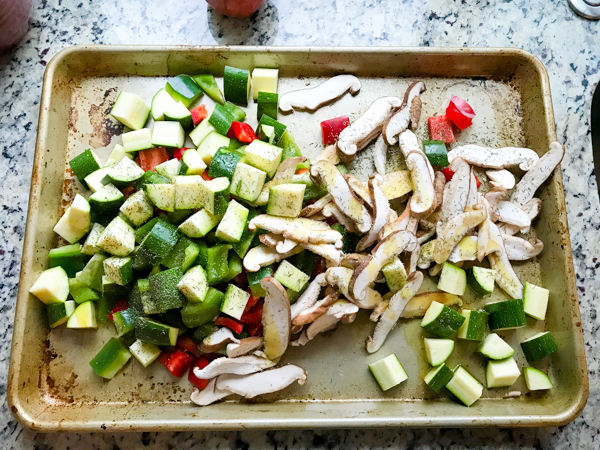 The veggies went into a wrap for lunch the next day with tuna salad and melted cheese. (Note the Bark Thins on the side for dessert!) And I had them for lunch another day and a picnic dinner on Thursday. 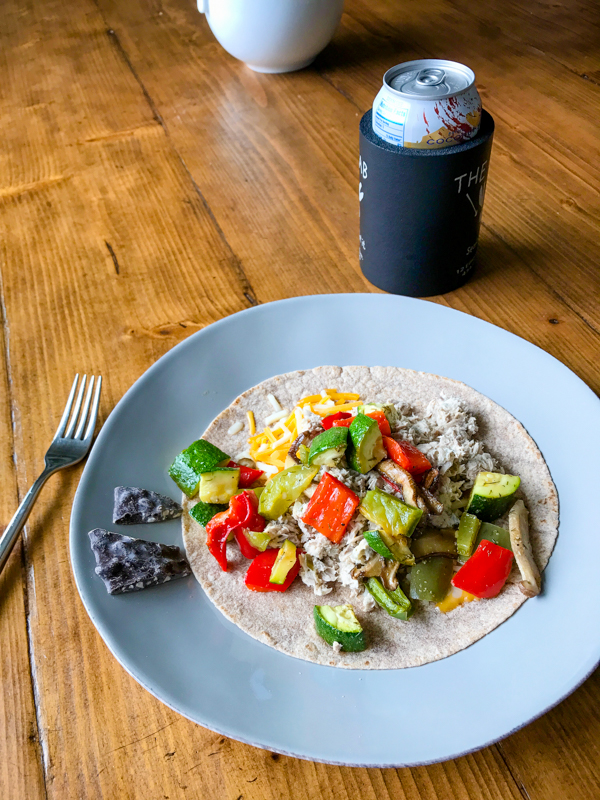 Other staples for last-minute dinners in my house are big salads, No Bull Burgers, beans + rice with leftover cheese, pasta salad, and any veggies I can find. I can’t wait until the garden grows enough to do a lettuce and herb salad on nights when I have no veggies left.

I’ve been loving Cindy’s Kitchen dressings from Whole Foods lately. This started when I asked the salad bar team which dressing they used on their kale Caesar so I could make it at home, and they pointed me to the Cindy’s Kitchen Roasted Garlic Caesar. These are super creamy and not low-fat at all, but they are one of the few pre-made dressings I have consistently liked. I have the Caesar and the Chipotle Ranch, but after perusing their website, there are SO many more I want to try! They aren’t cheap though (I think $6.99?) so I’m going to use up the ones I have before trying more. Wish I could sample them all first!

Lastly, Cook Smarts is offering 25% off all plans in honor of its 4th anniversary! If you’ve been wanting to try it, now is the time! When I need a simple, quick and awesome ____ recipe (fill in the blank with crockpot, chili, frittata, etc.) Cook Smarts is where I go!

What are your favorite Super Quick, Last-Minute Dinners?