You are here: Home / Lifestyle / Stop And Smell The Roses, Then Put Flowers In A Jar 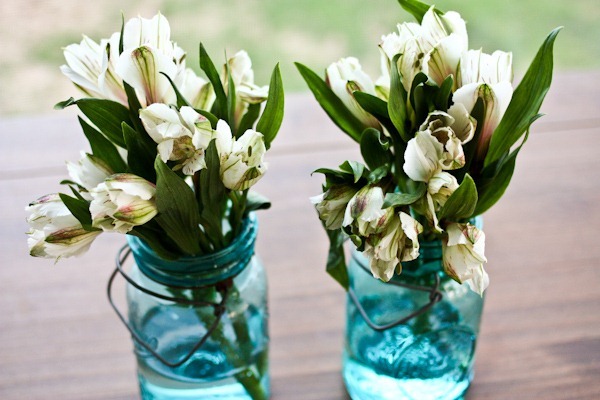 Today has just not been the best day physically. It’s like I’m back in week 9 with stomach mood swings of nausea and now a headache! Also I could barely keep my eyes open this afternoon – flashbacks from a month ago. Luckily I was able to take it easy today and caught up on things around the house. I’ve have woken up every day of this pregnancy thankful to be able to work from home. 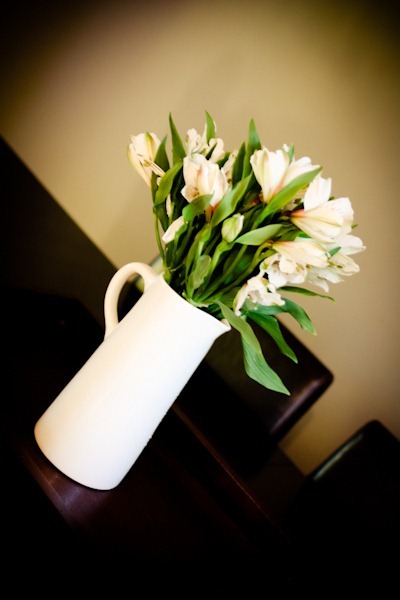 I made it to the grocery store where I picked up a bouquet of flowers for $5. Spring is the best time for flowers at home! When you’re just dying to see them poking out of the earth. What I’ve been loving lately too is breaking a bouquet into multiple vases/jars. This one was a huge steal for 5 bucks, so I split it into 3 vases and now have 3 times the joy! 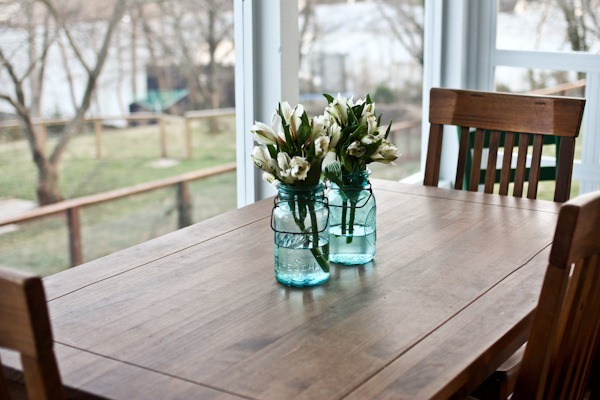 I stopped into the bakery on my way home. Granola production round II is underway! Shipment 2 went out today and our last shipment goes out either Tuesday or Wednesday, so if you ordered on the later side, expect it by the end of next week or so. 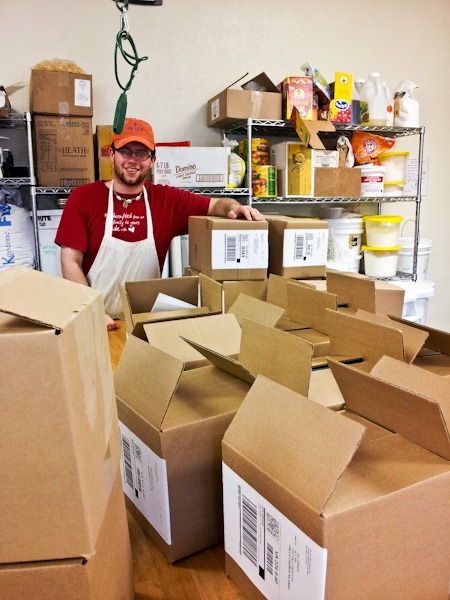 Had a taste of cranberry Savannah bar while I was there – still tasted as good as when I left! 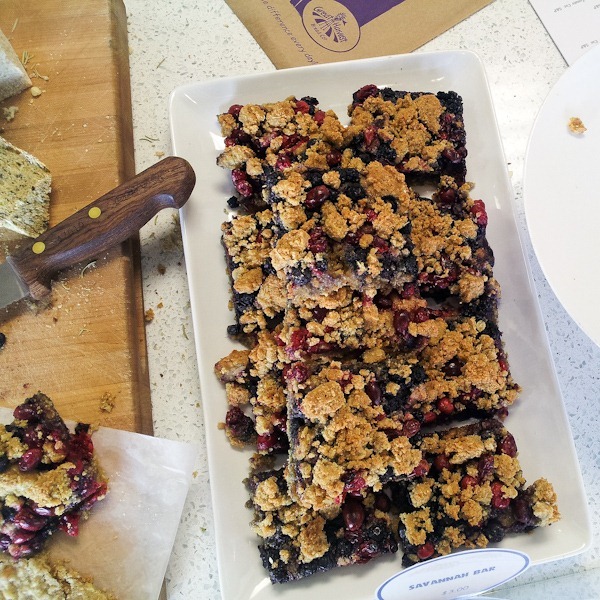 Grapes, Manchego cheese, salted almonds. I used to eat almonds every day and then bought a jar of unsalted, raw to make nut butter with. That was the end of almond snacking – I just didn’t like the raw ones. So now I’m back on salted/roasted and MY GOSH they are good!! 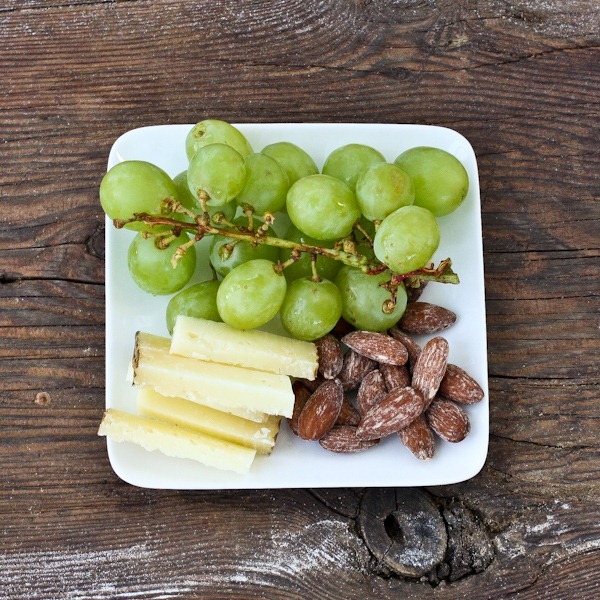 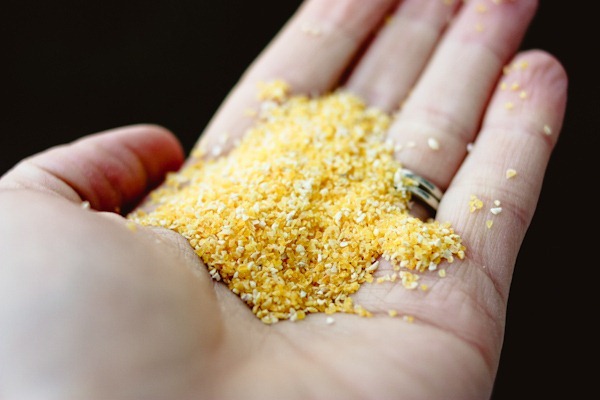 I picked up some shrimp at Whole Foods too, so I could make shrimp and grits. Rather than cooking them on the stovetop, I decided to put the rice cooker to use and checked this new cookbook I bought for a recipe. This cookbook is FILLED with rice cooker recipes – you are sure to use it with this on your shelf! 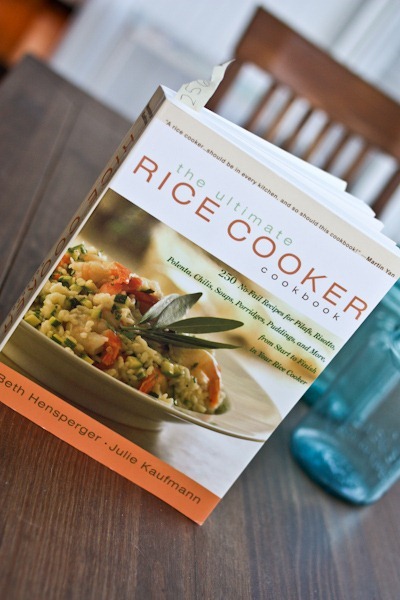 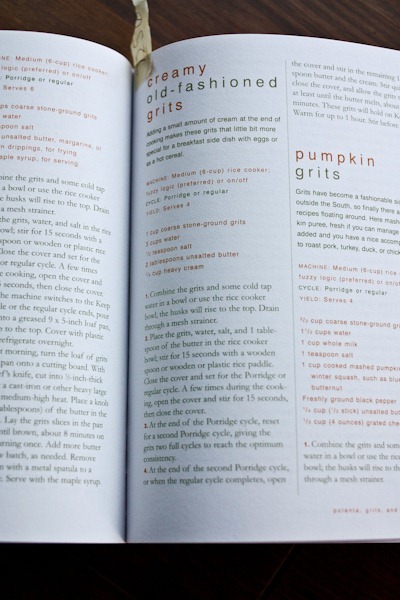 I put the grits, water, salt and butter in my pot and set to Porridge. 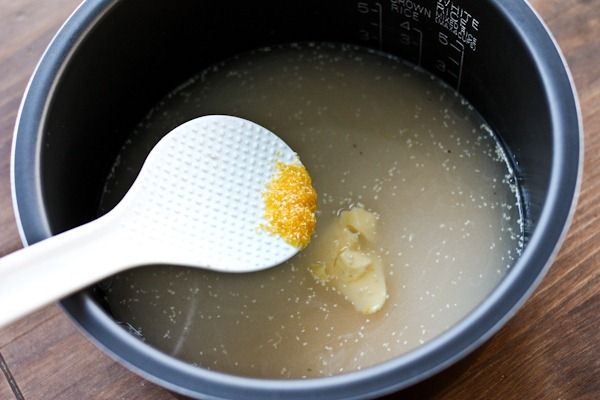 The recipe told me to do the porridge cycle TWICE – which would have been an hour and a half, but after just one cycle, the grits were ready. I stirred in some 2% milk to make them creamy and let them sit on warm until dinner was ready. Perfect hands-free grits! 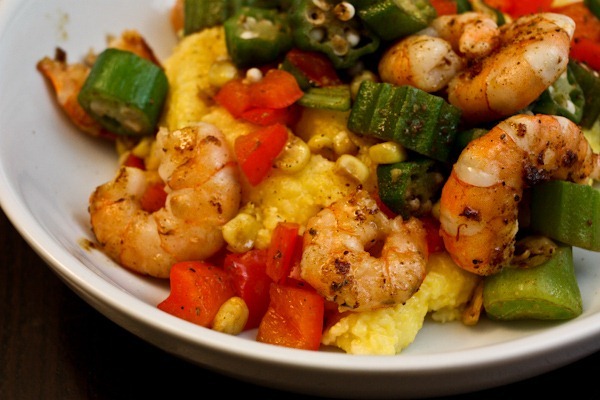 The shrimps were sauteed in olive oil and doused in Old Bay seasoning and then allowed to rest while I sauteed frozen okra (LOVE OKRA!), red bell pepper and frozen corn in the same. It all came together in the bowl: 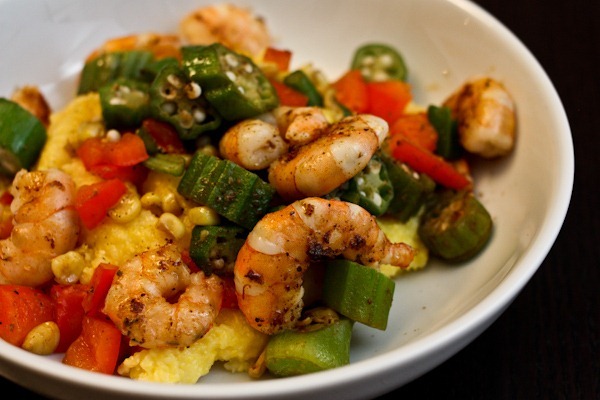 And was drizzled with a little honey bear! 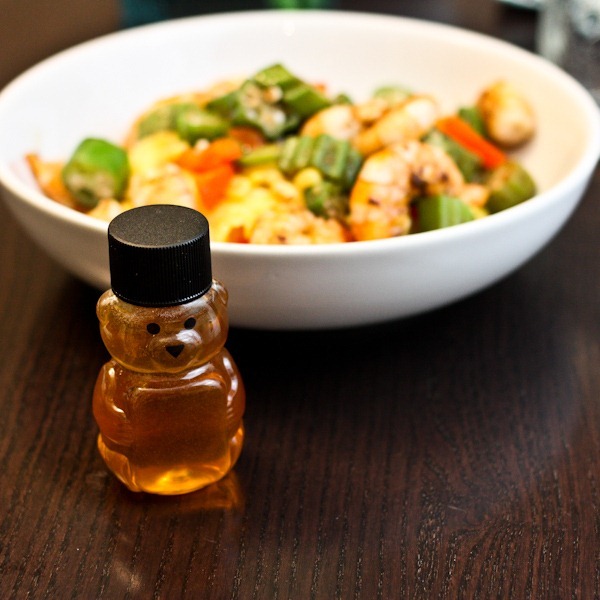 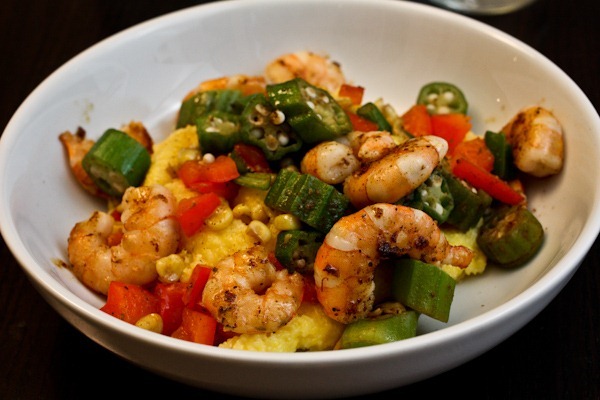 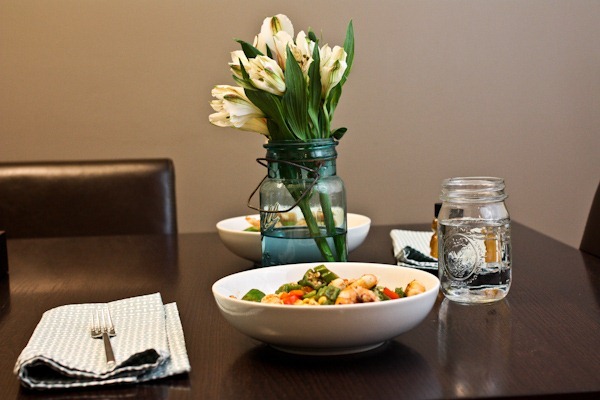 Matt and I watched the Season 3 finale of LOST. It wasn’t quite as mind blowing as I was expecting, but still good. Season 4 is already really interesting to watch!

I have a full day planned tomorrow, so I’m going to bed early in hopes of shaking whatever fatigue or sickness is chasing me. Nite!