You are here: Home / Lifestyle / Stir-Fry Me A Bourbon

Our fridge is almost empty, so please bear with me for the next 24 hours!

But tonight’s dinner made good use of leftovers – 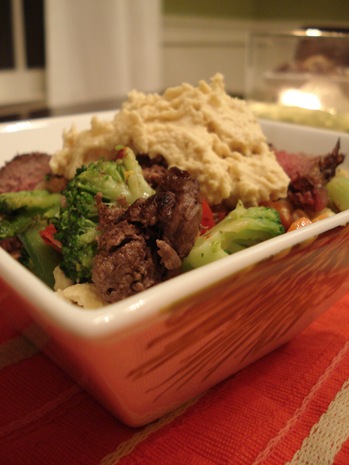 I found myself snacking on PB and crackers around 5:30 while I waited for the husband to return from shopping. I started with 2 and ended up eating about a serving’s worth of kashis and probably a tbsp of PB – straight from the jar/box. They were good. 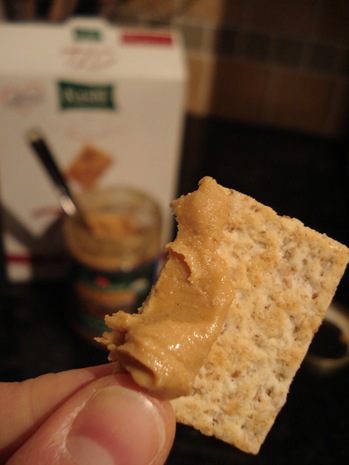 I cut the beef into strips and stir-fried the veggies (put ’em in frozen and let them get hot) and berries in cooking spray, drizzling on about 3-4 tbsp of the sauce at the end. 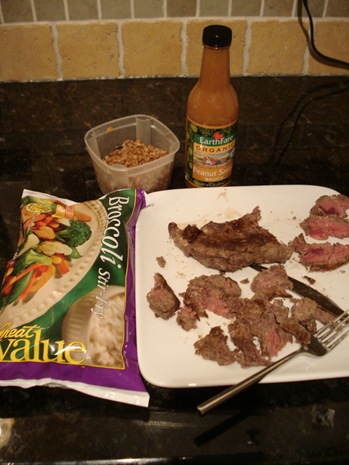 I topped mine with just a few pieces of beef (4-5?) and a big blob of leftover hummus to “beef up” the dish 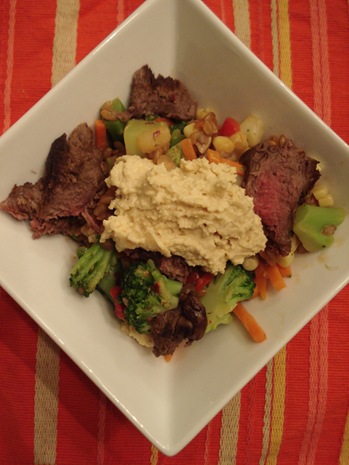 It was quite good. And this Wal-Mart onion-free stir-fry mix was awesome!!! It was nice to have something frozen that wasn’t freezer burned. I guess the trick is to use it soon after buying it. You might be seeing more frozen mixes in that case, because to buy all these ingredients separately and prep them would have been so time consuming – and expensive! 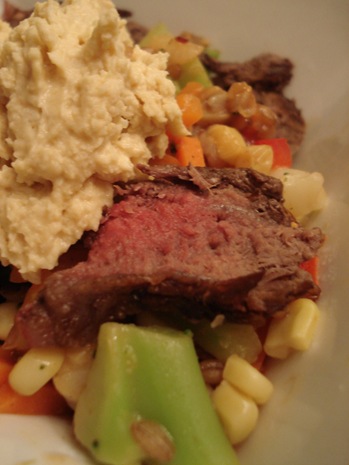 His portion had a lot more beef 🙂 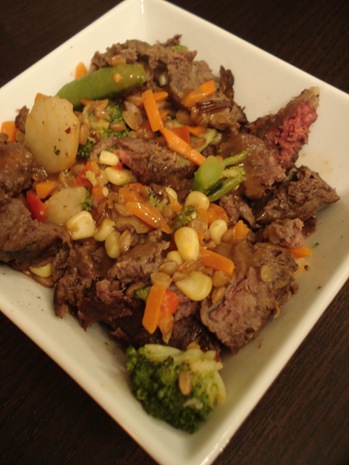 And a lot more beer!! He gave me the last 3-4 oz of this huge bottle to have with my dinner. (if you can see). 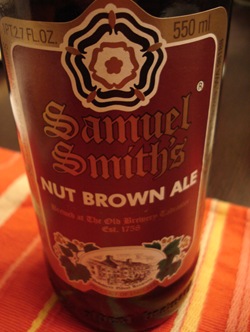 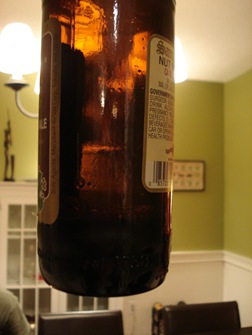 He also had some cheezy jalapeno bread, and I had 3 bites of it. 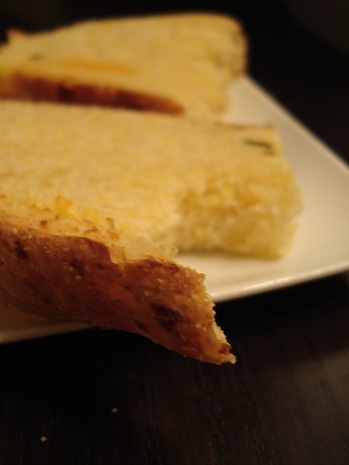 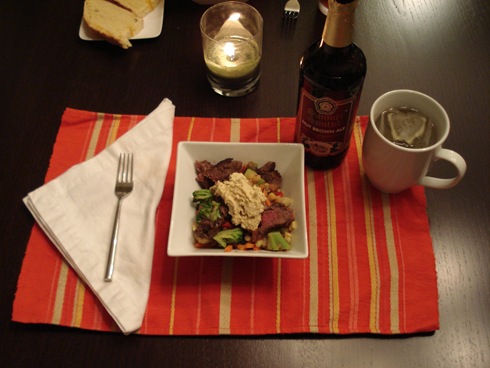 Once the kitchen was cleaned from round I, we moved onto round II. He worked on a bread dough, and I made the bourbon balls! 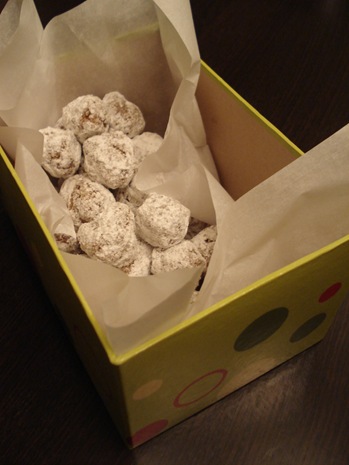 They turned out pretty good in the end, but there were several points tonight when I thought the recipe was a bust. I studied a few recipes and found that most used either vanilla wafers or graham crackers and pecans or walnuts. Since I had grahams and walnuts on hand, that’s what I used. The dough was SO CRUMBLY. I had to add 2 tbsp more bourbon (no problem there 😎 ) and 2 tsp more corn syrup, which made it very sticky at the end. So I am not sure I’d recommend this recipe but since I figured you’d ask anyway…. And if anyone has tried and true bourbon ball recipes, feel free to share with all of us!

-Mix all ingredients together and roll into balls. Mine made about 45 balls.

I ahem…cleaned off….ahem my hands after I was done rolling, which included some pretty big chunks

And then had a real one to taste test – 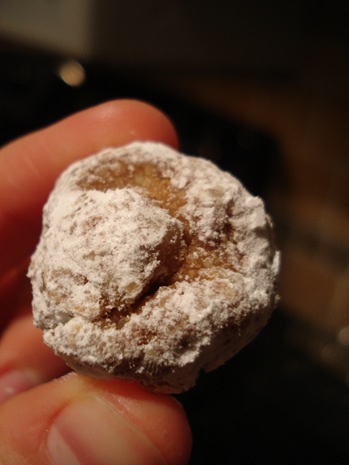 And you know what? BOURBON BALLS = LARABARS!!!!!!!!!!!!!!!!!!!! LaraBar totally should make a bourbon flavored bar 🙂 But I guess they’d either have to use real bourbon, or something artificial, and I’m not sure artificial would fly.

Tomorrow’s our big travel day. The baker is getting up at 2:55am for work and will be home around 2:30pm. We’re hoping to depart for Hillsborough by 3 to make my sister’s holiday party she’s hosting at my parents’ house at dinnertime. We’ll be in town through Christmas (Karen + Andrew are joining us) and then we’re all headed to Bald Head on Friday through Tuesday.

My goal this next week is to FEEL my best. I know that feeling my best means eating well, minimizing the alcohol to times when it’s absolutely necessary (and yes, sometimes it is), and getting in some sweat sessions when I crave them. I could care less if I overeat on calories, but not if it means that I feel stuffed and sickly. Other than feeling healthy, there are no rules 😎

Going to read in bed beside sleeping beauty!