You are here: Home / Lifestyle / Soup + A Movie

Yet another winter comfort meal! Here’s the recipe we modeled ours after from Cooking Light. Our version included the following:

We sauteed the veggies in cooking spray, added the liquids, simmered until the veggies were tender, added beans, pureed with stick blender, added kale and steamed for 5-10 more minutes.

We served it over whole wheat couscous, although the couscous really just meshed into the soup, which was runny, and became part of it. Total kcal were about 440. 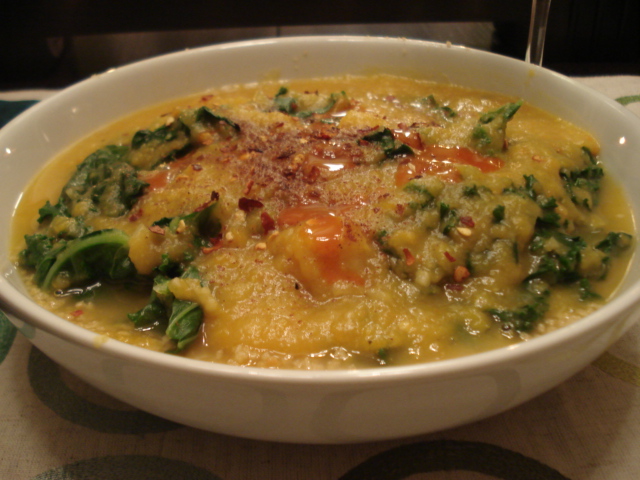 It was quite good, but not as good as our recent butternut-kale soup with turkey. I didn’t realize how similar this one would be until after it was well underway. The recipe called for swiss chard, but both the husband and I prefer kale and it was $.99 per pound vs. about $6 per pound for the chard, so we had kale, again! 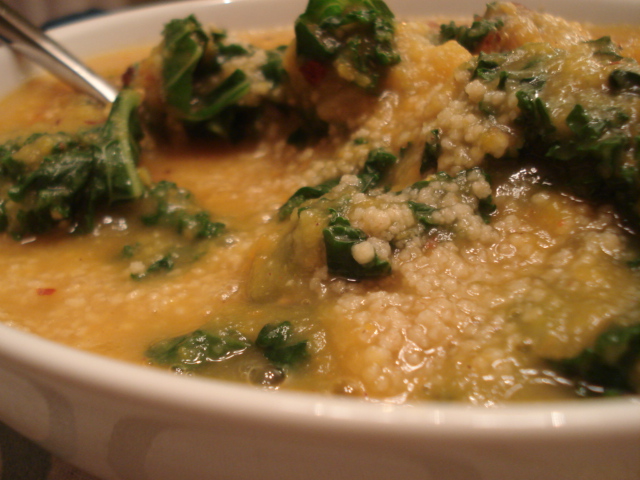 I have to say that I was uncomfortably full when I was finished with dinner. I wasn’t too hungry to start, and this was a bigger portion than I needed but I didn’t focus on my hunger and ate too much before it was too late! I gave the husband my last few bites.

I also had a glass of delicious Chardonnay! I let it come to room temperature because it’s the middle of winter. I actually think white wine tastes a little better when it’s slightly warmer. When chilled you can’t taste all the wine’s complexity. 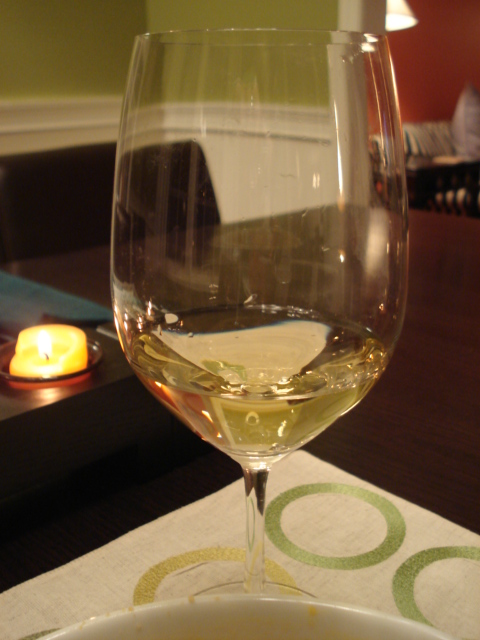 This afternoon around 4:30 I had a piece of the husband’s sourdough baguette with jam and some tea. 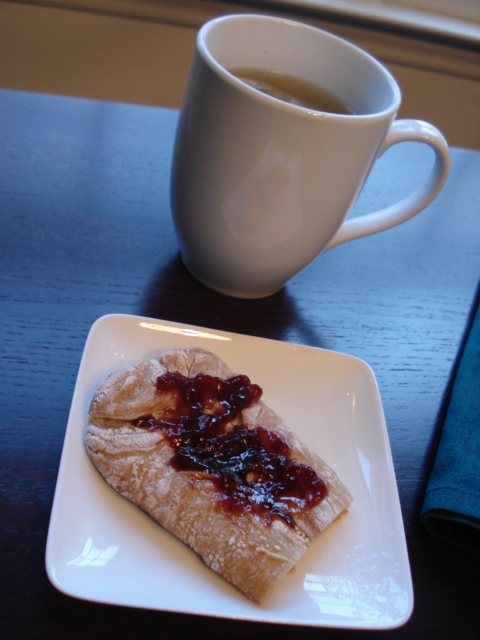 I have my labs this week so things should be busier but my workload doesn’t REALLY pick up until next week. Although I LOVE weekends, I always sort of look forward to my Monday morning workout – getting back in the grind and all. This coming weekend we’re going skiing (East Coast – and I’m NOT a skier!) with my family. I’m looking forward to it (and will bring my laptop – there’s internet where we’re going 🙂 )

The husband and I are in the middle of the movie Amazing Grace and I must return! I love historical movies and always wish I could go visit the 18th century. Did you know I once talked in a British accent for a whole summer in high school?!