I can’t believe it’s 1:45 and I’m just now getting to my breakfast post (and lunch too). Time is flying today!

Around 8:00 I had oats as usual, but with a different combination today – pear, toasted almonds, PB and cinnamon. 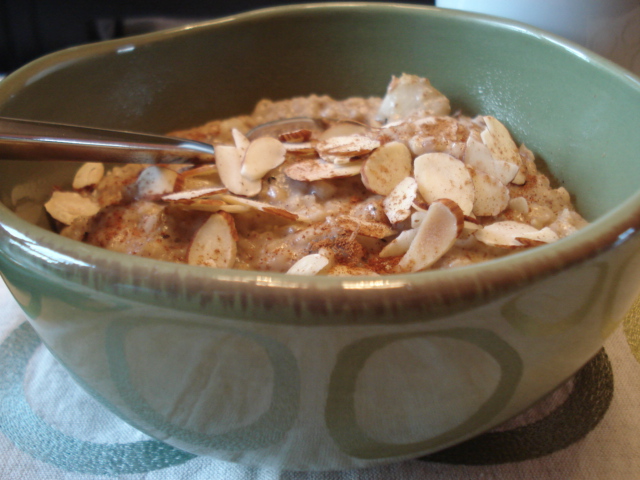 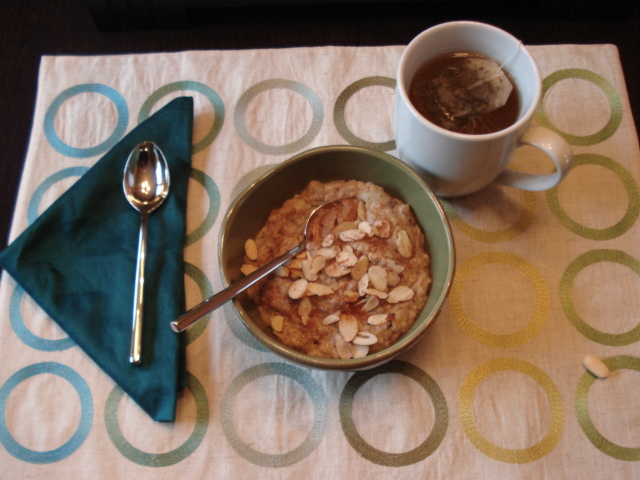 The husband and I digested a bit and left for our run around 10:00. We decided to drive to a new neighborhood – great idea!! We took a little map of our 4.25 mile route printed out from Google Pedometer, which we had to get out for “I told you so” moments regarding which turn to take. We also had fun looking at all the pretty houses and talking about the past, present and future. ~350 kcal burned. 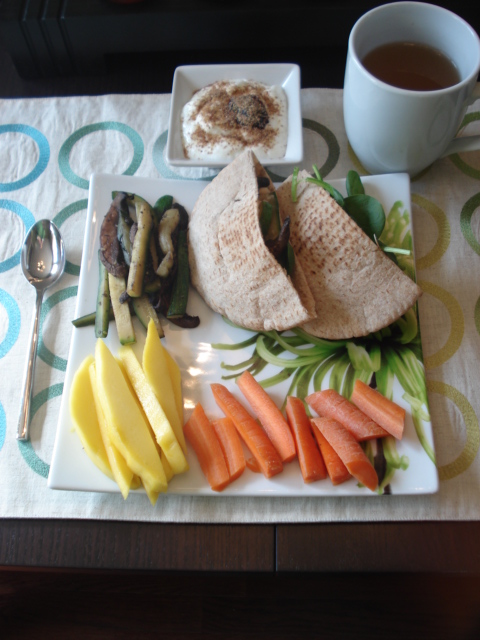 After a quick (one of our most efficient!) trip to the grocery store, we made the most delicious lunch. I had a whole wheat pita stuffed with portabella mushrooms and zucchini, spinach and beans.

I found this idea in Real Simple Magazine last year to mash white beans with a little EVOO and back pepper for a super-healthy sandwich spread (the article suggested having it with avocado and sprouts on whole wheat bread, which we did and loved). I use much less EVOO than they suggest, but since it’s got a strong flavor, a little goes a long way. Note that their sandwiches are 684 kcal each!

Here’s my 1/2 cup of beans mashed with 1/4 tsp olive oil. The EVOO really adds a lot of flavor and goes really well with the softness of the beans – 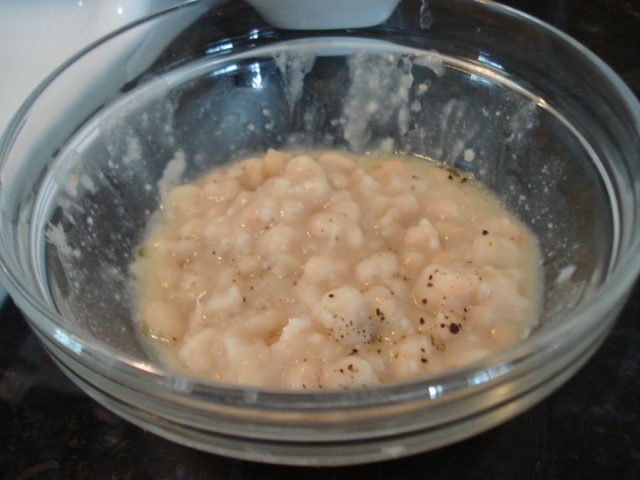 We were going to have portabellas and zucchini with last night’s eggplant dinner but we thought we had enough food so we saved them for today. We put them in a hot skillet with cooking spray and oregano until they were nice and soft.

Then I layered the beans, veggies and spinach into my pita. I had a few leftovers that I ate on the side. 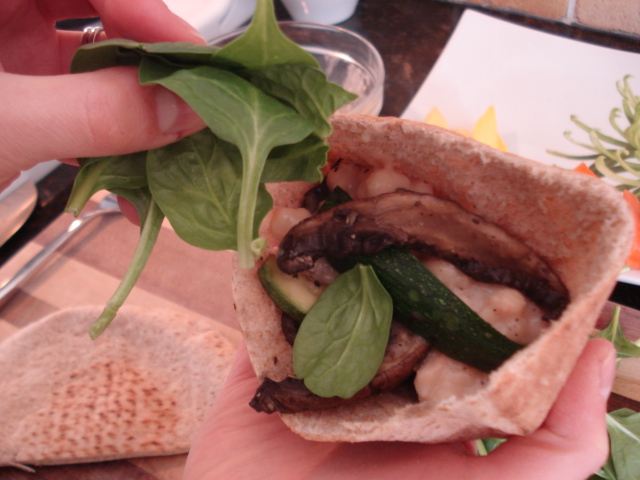 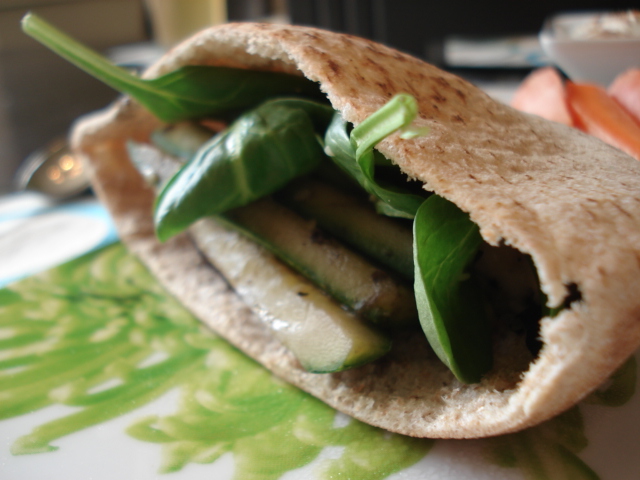 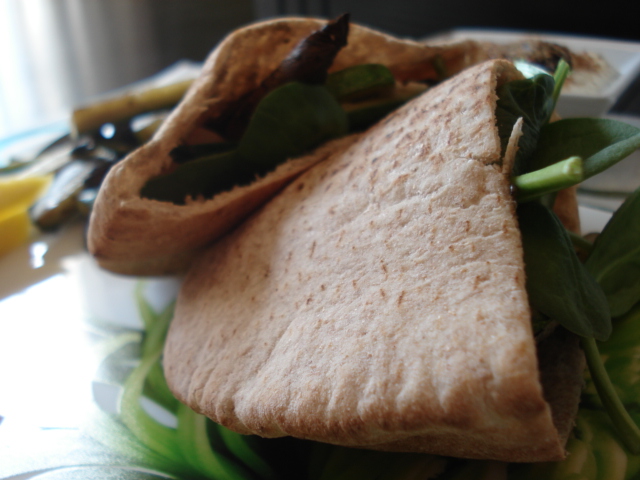 On the side I had carrot slices (my newest lunch regular) 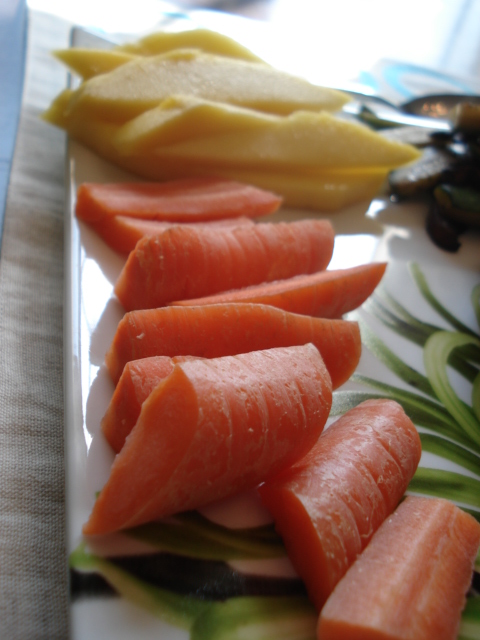 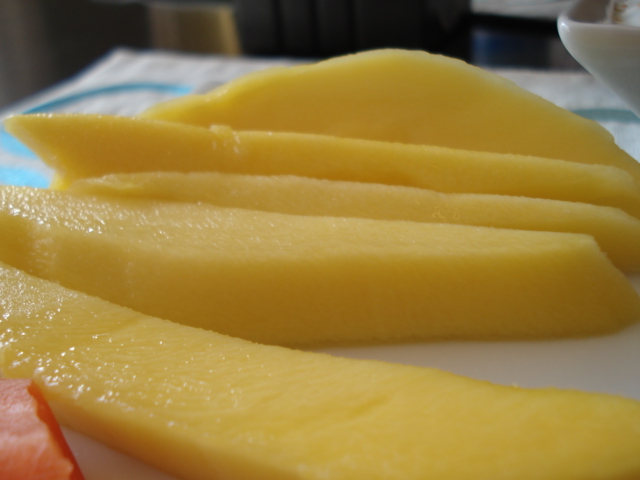 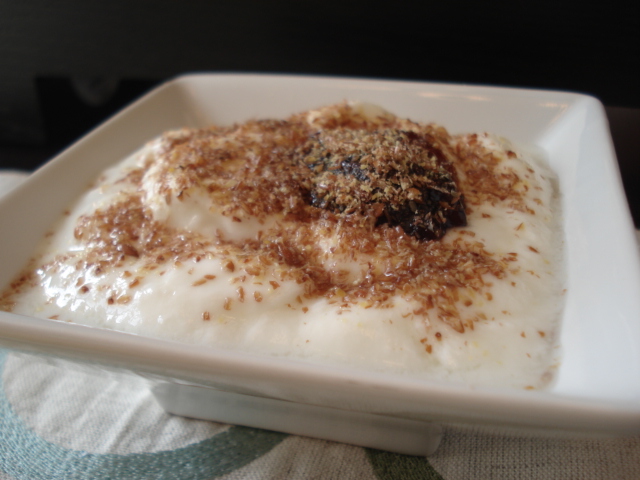 It was a LOT of food for ~500 kcal. I’m stuffed! I probably won’t need a snack this afternoon since we had a late lunch and it was rather filling. Maybe just something small before dinner.

See you for Winter Vegetable Stew and Couscous! My mother in law left us some white wine last night (I chose not to have any last night), so we’ll probably have a glass for cocktail hour 8)