You are here: Home / Weekend / Something Fishy 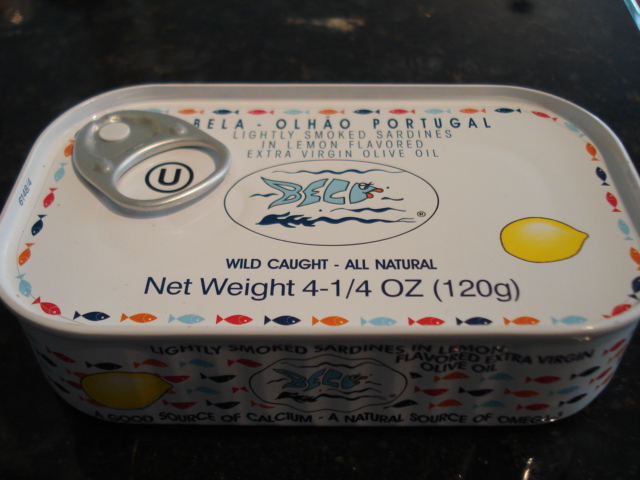 Warning: If you don’t like fish, stop reading now!!!

Sooooo….I’ve been reading a lot about sardines in magazines like EatingWell, such as this article on Vitamin D. Sardines are high in omega-3’s, high in calcium, have no health concerns and are abundant, according to this page. So since I like most fish, I thought I’d give them a try.

Costco turned out to be CLOSED when I got there at 9:30 – and didn’t open until 11. We did a big grocery store comparison to find the lowest prices of many of things we buy regularly between Costco, Wal-Mart, Harris Teeter and Trader Joe’s and oats won at Costco. But EarthFare’s bulk oats weren’t far behind, so I went there for a big bag of the thick rolled kind (they are just thicker in width and have a good chew). Anyways, while there, I recognized this Bela-Olaho Sardine Tin (it’s so cute!!!) from a magazine (I think the EatingWell article?) and decided to give them a try. I chose the lemon-flavored because I think lemon goes well with all seafood.

So then I got home and wondered how to prepare them. 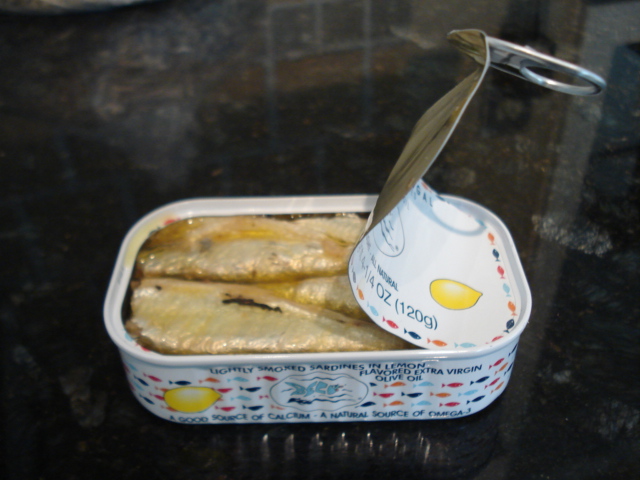 Out of the can didn’t seem to be the best way. After some internet browsing and ideas from this forum, I decided to mash them (I used half the can – 2 fish) with some dijon mustard, hot sauce, and capers and spread them on an Ezekiel english muffin (which I picked up from EarthFare because we’re out of bread) with a little goat cheese (you could use cream cheese or Laughing Cow). 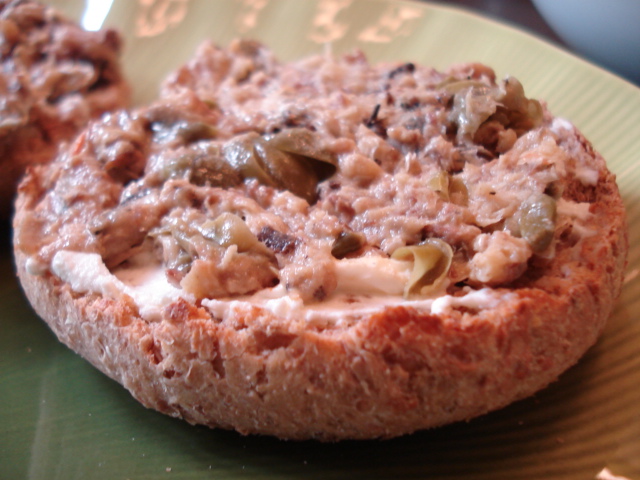 The result? FANTASTIC!!!!!!!!! I actually liked them without the seasonings (I bravely took one bite from the tin.) The lemon flavor was great. I drained out most of the lemony olive oil, but there was still enough to flavor the whole dish with lemon. 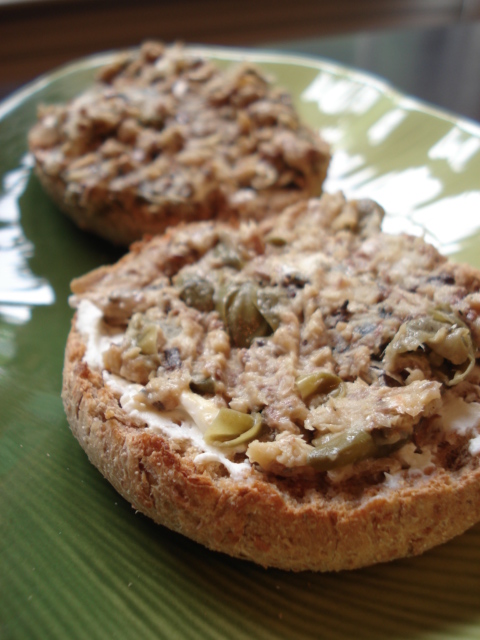 So it looks like I have a new easy, non-perishable, transportable healthy food to have for lunches! I challenge you guys to try it as well. But again, if you don’t like fish in general, you probably won’t like these. They were really no more fishy than canned tuna or salmon (and definitely less fishy than anchovies, which I think are weirder to eat b/c they’re slimy) and if there was skin and/or bones in there, once mashed I never noticed a thing. Seriously, it was like a better tasting, more-flavorful-on-the-palate tuna.

On the side I made a spinach salad with zucchini, celery, green pepper, sprouts, avocado and balsamic-dijon-rosemary dressing. 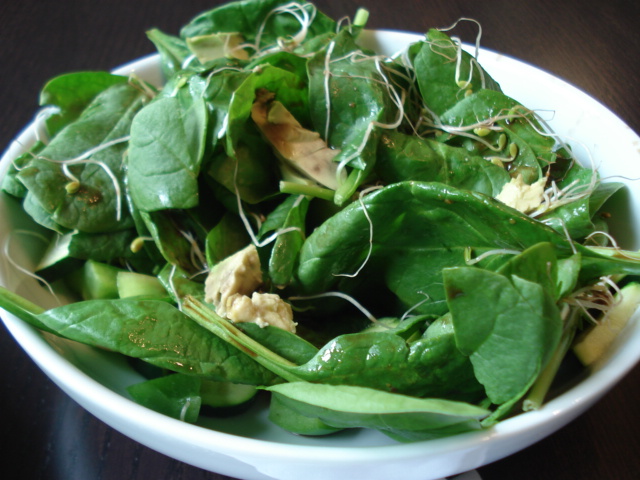 Once I was finished eating, I didn’t feel that full for some reason (I think I got too hungry while making lunch). This lunch was a little smaller in parts than normal since I’m trying to eat a little less to be hungry for dinner at 4:30, but I still thought it would be filling enough. I waited 20 minutes and drank some water, but I could still feel my stomach rumbling a little so I went back for my fillers: fruit + dairy. 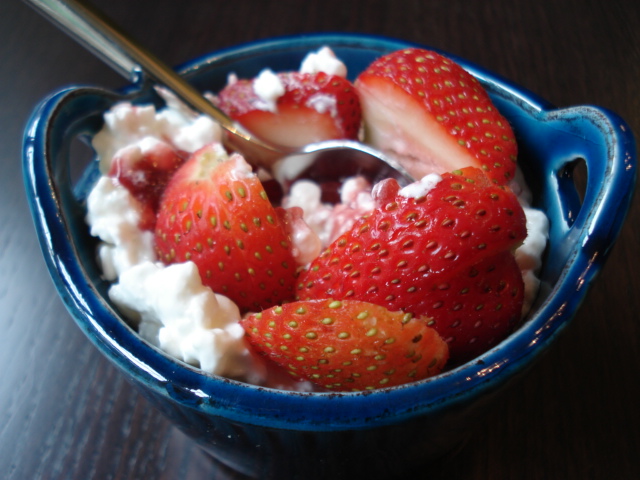