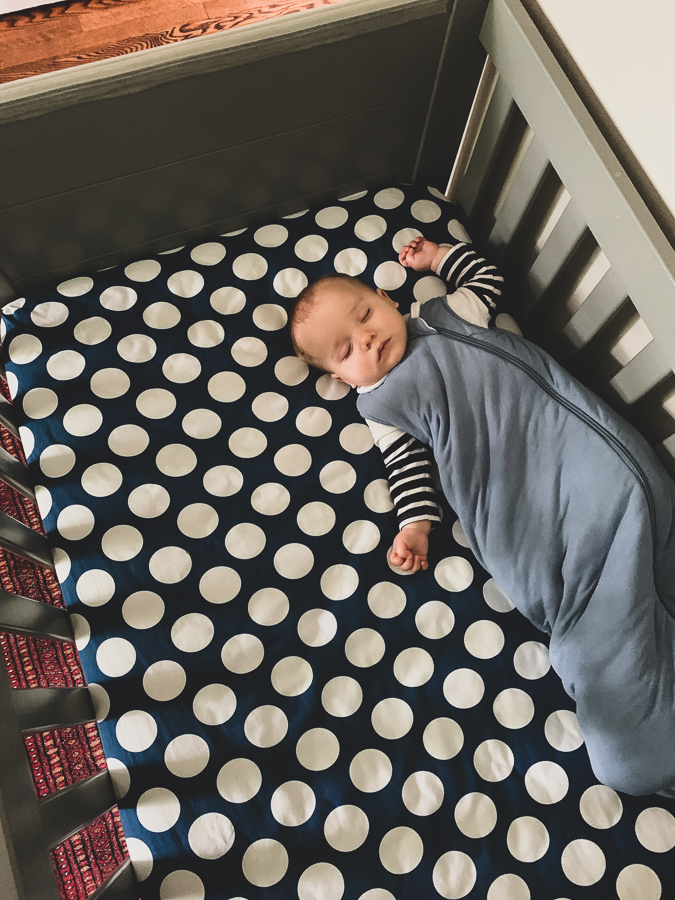 And in the blink of an eye, Birch in sleeping all night in his nursery. I hesitated to title this post “sleep training” because this experience was kind of the opposite of what we did with Mazen. But I think the entire process of going from newborn to baby who sleeps in their room in their crib all night is sleep training. Or sleep coaching. Or sleep learning. Whatever you want to call it! The final step of our sleep journey (at least for the short term!) is that we moved Birch from the Lotus Travel Crib in our room to his own room and big crib. Here’s how it went down! 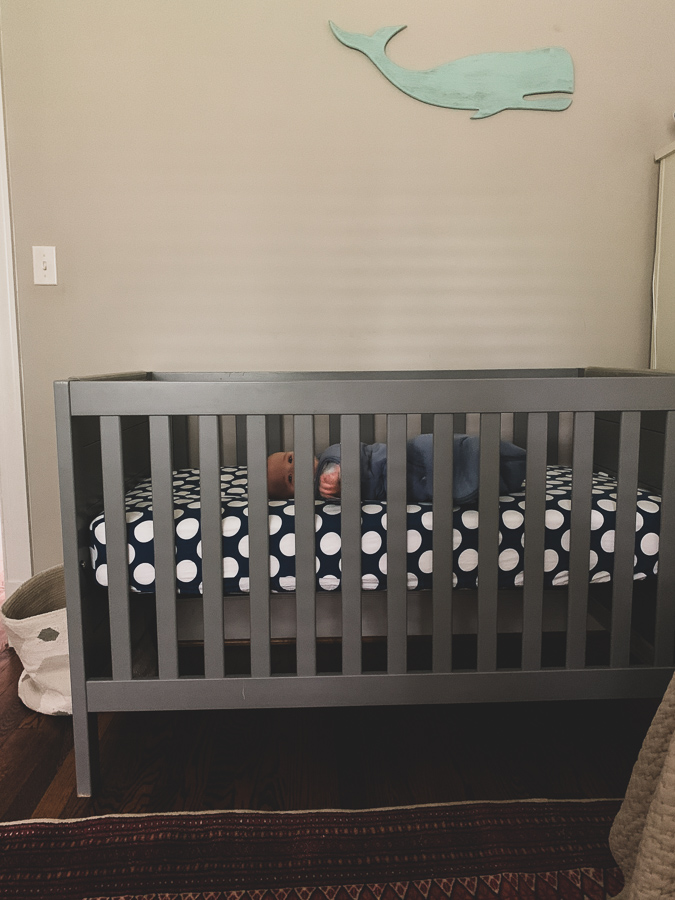 As of a few weeks ago, Birch was sleeping in his crib during the day for naps and in our room in the Lotus Travel Crib at night. I wanted him to be familiar with his crib but also wanted him close by at night since our master is on a different floor than his nursery. As far as I was concerned, he could have stayed in our room for a whole year, but I also knew the longer we waited the more we risked it being a rough transition. I had hoped that the transition would be seamless since he’s used to sleeping in there for naps, and for the most part it was.

Naps were (and still are) 2+2 or sometimes 1.5+1.5+catnap totaling 3-4 hours during the day. Bedtime was around 7:30/8. The first stretch ranged from 6-9 hours. Morning wake ranged from 5-7am and was getting a little unpredictable as well as earlier and earlier.

Once per night, usually between 2-5am. Birch would wake up and whine for a while before we would get him. (He would never cry hard.) Thomas would change his diaper, and I would nurse him for about 8-10 minutes and he’d be back to sleep. At 3 months he was sleeping through the night more often than not, but between 4-6 months he nursed once per night most of the time. I really didn’t mind the night nursing so much, and I hoped it would just grow out of it in time. I knew if we moved him to the nursery I would wean the night nursing at that point.

Early morning wake ups! I was fine with one nursing session at night if I could sleep till 7, but what started happening was that when Thomas’s alarm clock went off around 5:30 Gus would get up and start banging his tail on the wall, doing his morning sneezes (so gross!) and flapping his ears. Even though Thomas is ninja quiet getting up, we were not able to tell Gus to stop making so much noise. Birch was waking up for the day at 5/5:30 and mommy was not getting enough sleep! We could have brought the loud white noise back (which the grown up ears don’t really like), but we took this as a sign it was time to move Birch downstairs.

So How Did It Go?

The first night we put him in his crib and he went right to sleep. I think he thought it was a nap! He ended up waking up around 10:15pm. Thomas went down first and soothed him, but every time Thomas put him back down he cried. He did some Ferber Method checks, soothing every 10 minutes. After about 40 minutes, I took over. Birch was getting more and more upset. Now I know a lot about sleep training, and I know that you have to be consistent in order for it to work. But by midnight I decided something else must be wrong (teething? hunger?) because he was just not acting himself, so I decided to nurse him. He fell right to sleep. I think my gut was right and he was hungry. (This did make me feel really bad for him but as soon as he smiled at me first thing in the morning I knew it was all ok.) I still don’t know if he was protesting the change or hungry, but he slept through the rest of the night until 5am when his body clock knew it was time for Thomas and Gus to get up! Thomas went down to get started on the day and patted Birch twice, and luckily he fell back asleep until 7! 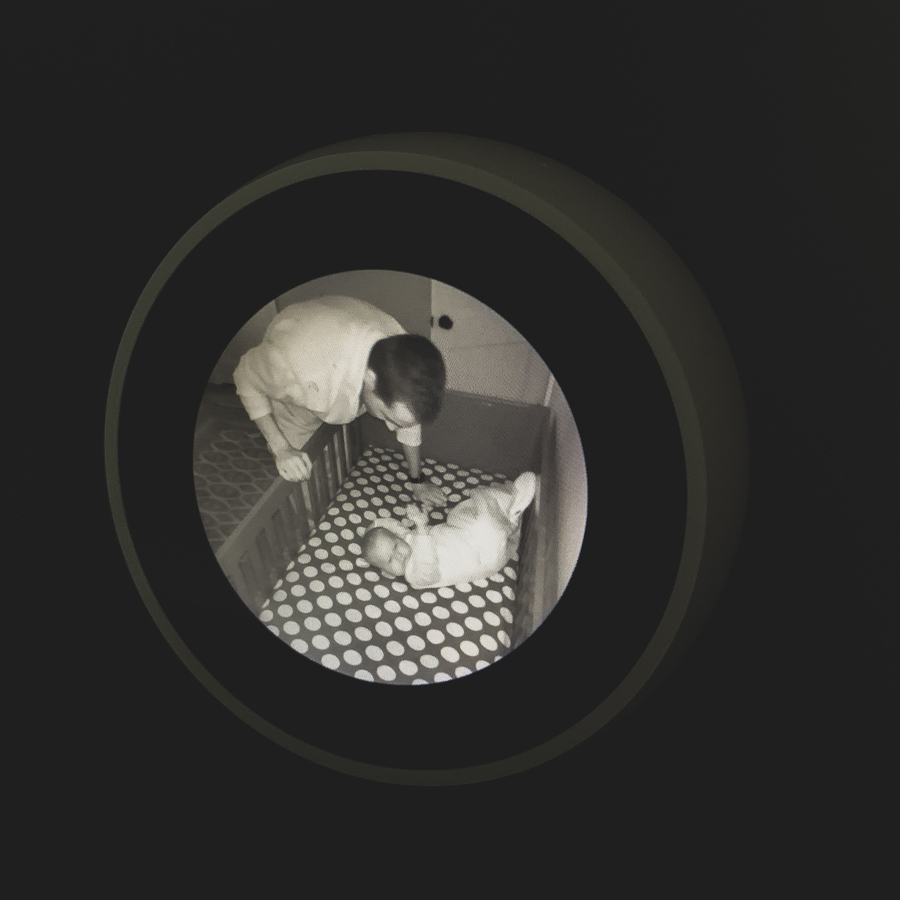 That first night might have been a fluke or that might have been the crib training, but the subsequent nights we put him in his crib and he slept 10-11 hours! He hadn’t slept that long since April 13 (I know because I’ve been tracking!) SUCCESS! Dropping the night nursing seems to have gone just fine.

Why Separate Rooms Matters Most

One thing we did notice because our monitor (the Amazon Cloud Cam) records motion is that Birch wakes up several times throughout the nights and is awake for sometimes up to 45 minutes!! But he doesn’t cry out (so we don’t hear him or wake up) and we wouldn’t even know he was awake if it weren’t for the recording. I think that’s the biggest pro to not room sharing. He doesn’t see/hear/feel us and we don’t see/hear/feel him when we wake up so both baby and parents sleep straight through. It is CRAZY in the morning to watch the recaps of him rolling around at 3am and us being sound asleep. I almost wish I didn’t know!

One Room To Rule Them All

Another big plus to the move: we’ve had split living since he was born with his clothes in the dresser upstairs and dual changing stations, etc. Now all of his clothes/diapers/sleep sacks are in his room and all of the baby stuff can concentrate in the nursery. It makes for less running up and down stairs if you forget something. 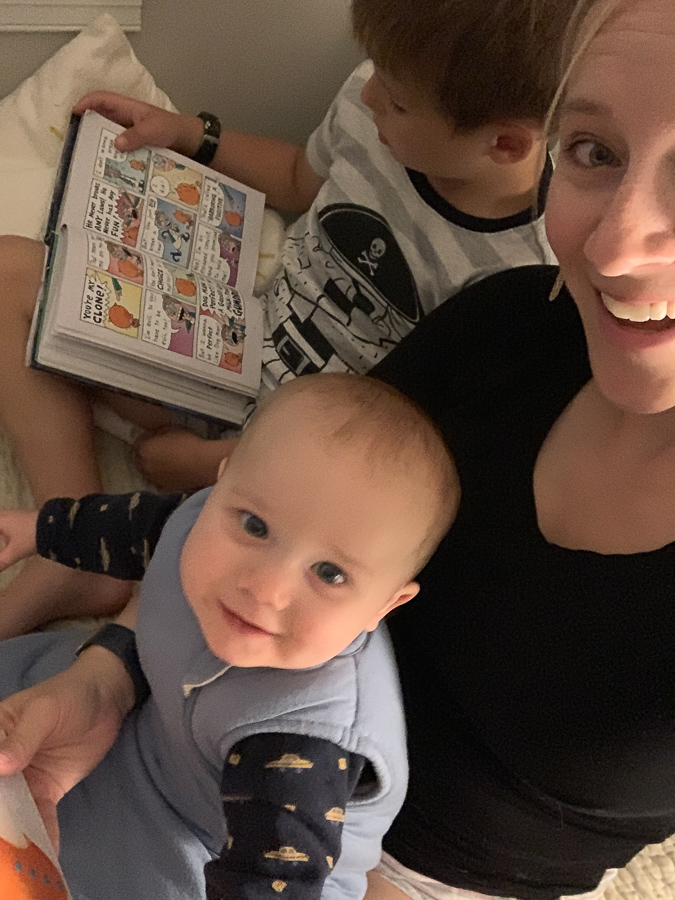 Little Mazen was a terrible sleeper and napper until we sleep trained and this go-around with Birch was a whole lot easier from newborn to all night in the crib. Not that I wished away the newborn days, but these past six months I’ve seen this milestone of truly sleeping through the night as a huge hurdle to get through. Once the baby sleeps all night, the period of sleep deprivation comes to an end. Parenting always has challenges, but that new baby sleep deprivation is one of the hardest. Hopefully I can start staying up later than 9pm!

Because someone always asks….yes it’s been an uncomfortable 2 weeks, but I think my body is finally adjusting. I used the Haaka if I ever needed relief before morning and was so nice to have that in my night stand and not have to get out of bed and fumble with pump parts.

We’re still having some pretty early mornings starting at 5:30 or 6 and I think the summer light is to blame. Here’s to hoping blackout curtains solve this problem! He’s still sleeping 10-11 hours each night, so maybe he’s just an early riser like his daddy.

I’m still sad sometimes when I get in bed and Birch isn’t beside me, but this is the first step of becoming a big boy. Many more milestones to come! 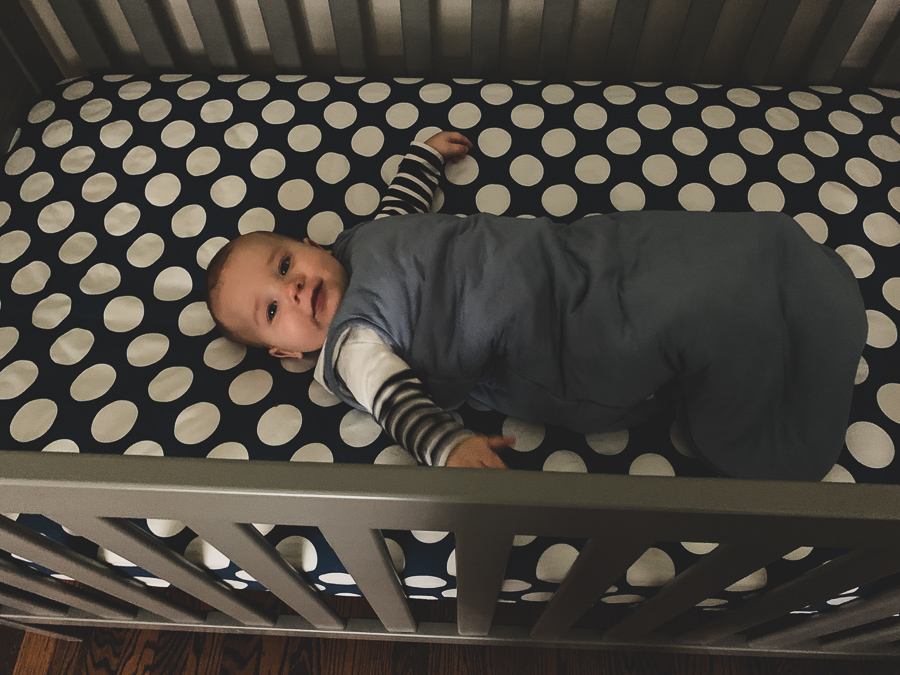