You are here: Home / Lifestyle / Shrimp Got The Boot

Howdy folks! The husband and I did some side-by-side reading this afternoon on the couch. I have been reading Intuitive Eating again. Although I shouldn’t say “again” because I really didn’t read it the first time. I read the first two chapters, skimmed the rest and concluded I wasn’t ready to try their approach. This time around I felt very ready and the book is truly fascinating. I’m not finished yet, and I’ll plan to blog about my reactions when I’m finished.

While reading, I decided that I needed to “Honor My Hunger” and had this mini bowl of snacks at 5:00 – Quaker Oatmeal Squares, roasted garbanzo beans from OhNuts.com, trail mix, a few walnuts. It was the perfect snack to tide me to dinner. 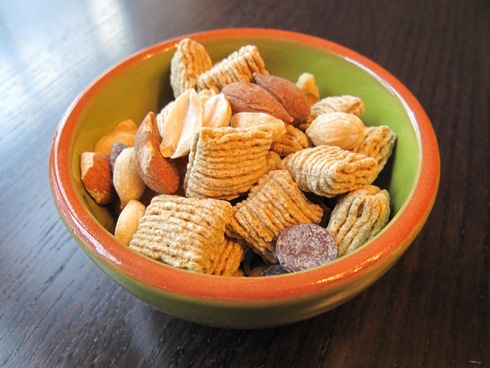 On the menu: Lemony Shrimp with Couscous And Collards

What we ate: Homemade Veggie Tomato Sauce Over Fusilli with Parmesan

I decided I wasn’t in the mood for shrimp and neither of us wanted to peel them, so we changed gears and made this great pantry/leftovers meal. 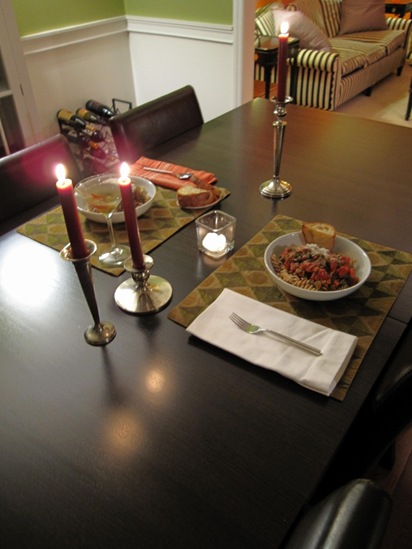 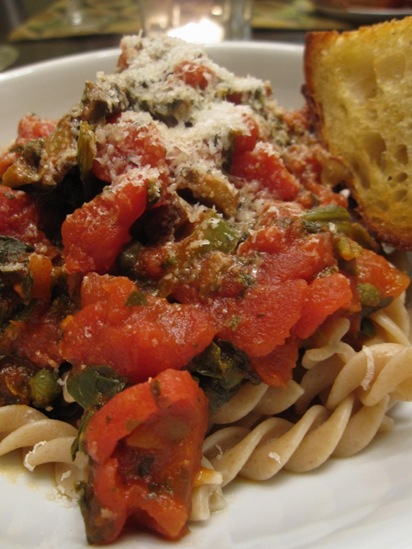 The husband was in charge of the sauce. He sauteed the pepper and mushroom in a little EVOO, poured in the rest of the ingredients and simmered for about 15 minutes on low. 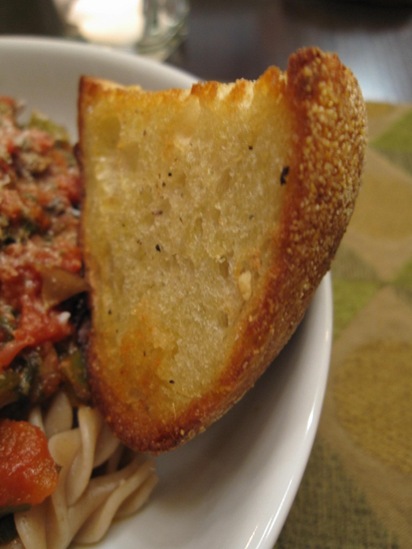 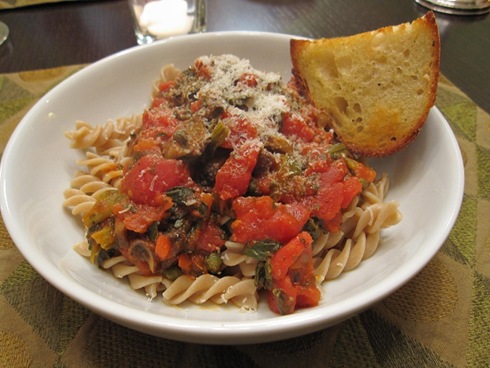 And finally, in the spirit of listening to my fullness, I only ate 75% of this. I think I had my snack a little too late in the day. I ate most of the sauce and left a pile of pasta, which I deposited across the table into his bowl 😉 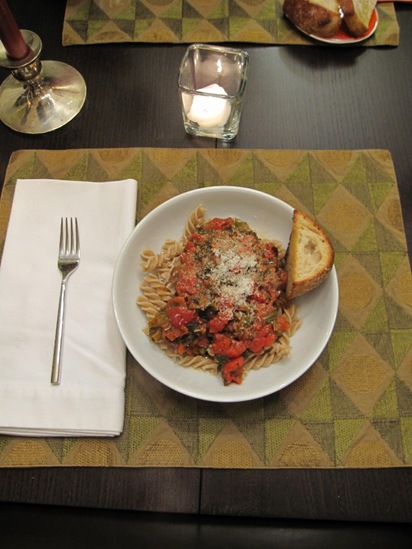 So I was totally going to submit a recipe (and I even have a good one!) to the Top Chef Quaker Competition but I always read all the rules and realized that I couldn’t do it when I read this:

I don’t think my professors would let me miss the final month of the semester and I am definitely not going to repeat my classes for this! Bummer

Off to watch an episode of Always Sunny, then early to bed because tomorrow’s an early to rise day.

After Food Lab tomorrow, I am scheduled for a photo shoot all afternoon to be on the cover of Winthrop Magazine to go along with an article on me inside! They think I am a celebrity 🙂 This will be my fourth magazine, second cover – crazy!

So I’ve got a busy day ahead. We’re going to dinner with Karen for Charlotte Restaurant Week too, so it’s gonna be a busy one. G’night!