Today is quite blah. I’m not sure if it’s the weather or the fact that I had to skip my uplifting workout this morning.

Super Target turned out NOT to be a Super Target, even though that’s what they called it. There was no produce section and the grocery store was just like an expanded version of the limited grocery section in all Targets. What a waste of a trip (since we have a perfectly good regular Target just around the corner). I did make some grocery notes, although it seems that frozen berries were the only thing significantly cheaper and we had another stop and couldn’t keep them in the trunk.

So then we went to EarthFare, my favorite grocery store. One really good thing: I found that steel cut oats in bulk were cheaper than the Harris Teeter Old Fashioned ones I usually buy – $.79 per pound. So we got a lot of those. I really like steel cut oats, but mid-workweek when I’m trying to get to work on time or even the night before when I’m busy with dinner and packing my lunch, 30 minutes to prep steel cut vs. 3 minutes of old fashioned oats just wasn’t worth it to me. But now that I’m going back to school, I’ll have lots more time on my hands to watch a pot boil and am excited to start eating them more! So we got a big batch of those as well as some rolled oats that were on sale too.

I nibbled on a few things at EarthFare (sorry, no photos): 1 piece of cheese + cracker piece, 1/2 a skinny breadstick, 2 pretzel chips. I did manage to avoid the HUGE cookie samples! I didn’t count these calories because of all the walking we did but now I’m thinking I should have. Oh well.  But sometimes when I nibble on things, as long as the total is under 100 kcal or so I just trade those calories for the 40 I was under NET last night and the 75 I was under the night before and it all evens out.

Once home, I decided I make hummus for lunch. Although it was getting late, I wasn’t starving so I had time. However, I ended up adding 400 kcal of tahini by accident (that stuff is as high as peanut butter – you have to keep a close eye on it!) and now the hummus is just not worth 50 calories a teaspoon (or however it turned out!). I had about a tsp on my tortilla at lunch and it weighed in at 50 kcal!! (Because I calculated the weight/nutritional of the recipe.) Just one of those things that I’d rather eat a huge bowl of yogurt than 1 tsp of hummus, even if it is good. Oh well again.

Lunch tasted better than my mood at this point and I enjoyed it once I finally sat down to eat at 1:30 with the kitchen a mess. 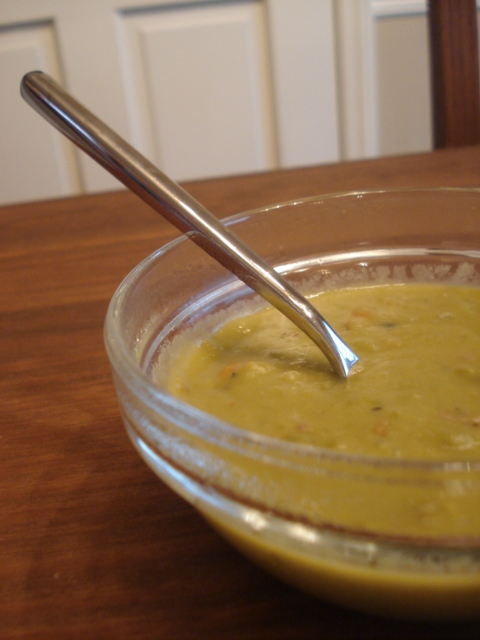 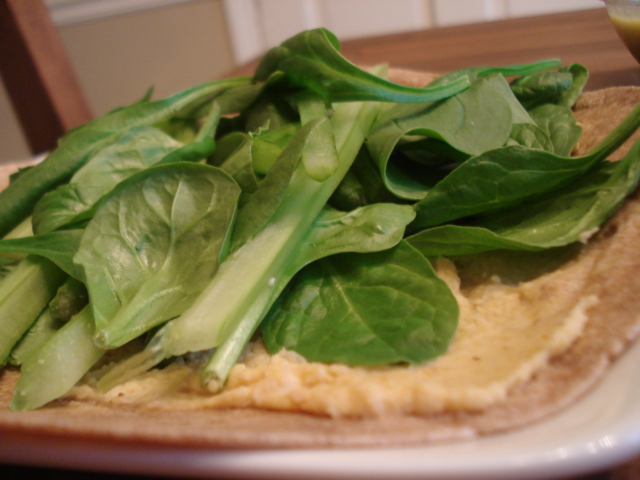 And an apple, sliced with cinnamon. (I had to throw out the dried out seeded orange I tried the first time around) 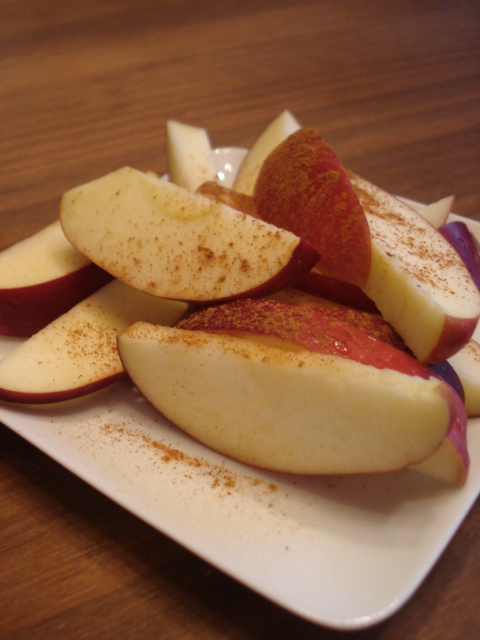 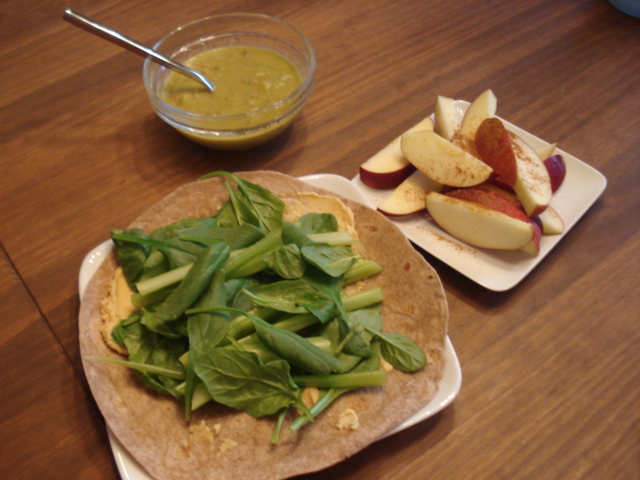 Plus I had a piece of firey peanut brittle, sorry no photo because the husband put it right in my mouth! ~25 kcal.

My mother-in-law is coming over to help us eat turkey lentil soup tonight, and we think we’re going to go to a wine bar beforehand to improve our moods with a little excitement. The husband and I both are iffy on going to the gym, but once we started making plans for this evening, we both feel that a workout would only make us enjoy it more.

Hope your day is more cheerful than mine has been 🙁