You are here: Home / Lifestyle / Score!!

We were up at 5:30 to get started on the Jingle Jog adventure. 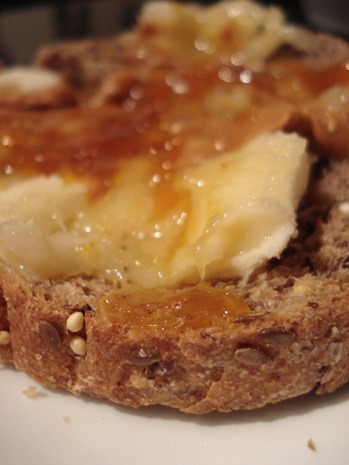 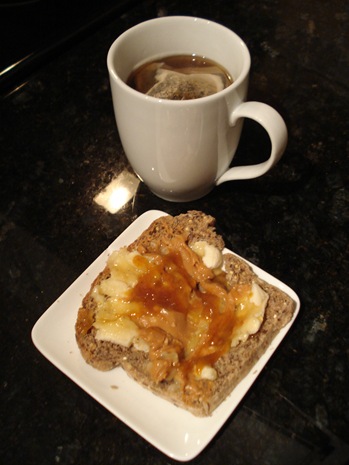 Not 10 minutes after finishing this we had to be out the door and running to the lightrail. Uggggg is all I have to say about that run. My stomach was sloshing and it wasn’t pretty, but I made it. 1.25 miles in sub-freezing weather. Luckily the lightrail came quickly so we didn’t have to stand in the cold for long.

Once checked in at the Convention Center, we browsed the expo. The Jingle Jog is part of the much-larger Thunder Road Marathon so there was lots to see. 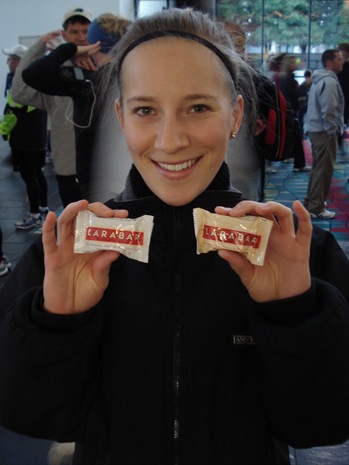 My partner in crime was such a good sport. I think he was the only one there who had showered 😉 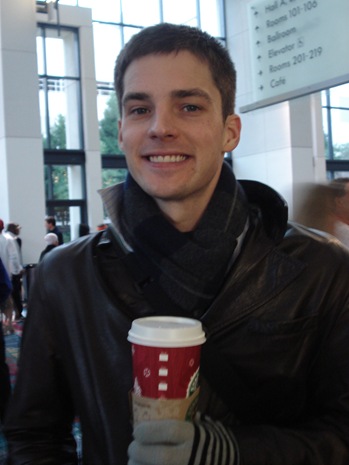 The crowds were packed and the bathrooms lined up (ewww smells too!) 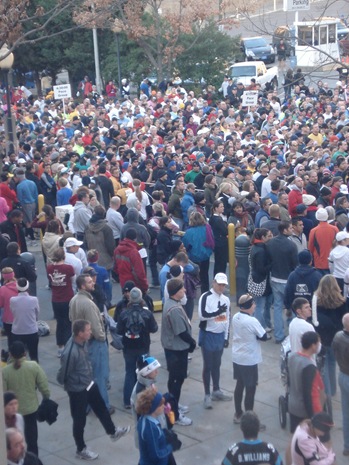 I left with about 20minutes to go to go to the bathroom – BIG MISTAKE. When I returned, I couldn’t even see the start line, much less where the end was. I had to sneak through a gap in the fence to even get in. You can imagine how slow the start was. It was HORRIBLE. I was there about a minute before we started moving, and I turned on my watch when I crossed the start line. Well, even then it took me two minutes and forty-five seconds to get up to pace. I was bumping into people and having to jump onto the sidewalk to pass people. I’d say it took a half a mile for me to pass enough people that I had room. NEVER AGAIN will I wait to get in line! My next race I want to be in the first 5 rows of people. I am not sure how this affected my time – but I think it’s safe to say it cost me at least a minute – which would mean I unofficially PRed!

I think it’s pretty clear that I improved, esp. considering the start cost me so much time. As I said last night, I wasn’t planning to run my hardest, but when I got up to the start line, I felt the urge to run my hardest. For some reason, I was thinking that my PR time was 21:26 and thought that I was much slower, but this race was a bit easier (less hills) and I felt like i ran just as fast. You know, I was really hurting at times, but it wasn’t that hard. Well, the last half mile was REALLY tough. A man said “Just one more turn and you’re there.” Well, no. There were TWO turns and at least 1/3 of a mile left! I thought I was going to die then and didn’t have as strong of a sprint finish as I did at RFTC. I’ll plan to do another 5K around April when it warms up some 🙂

Just minutes after crossing the finish line, look what I filled my hands with!!!!!!!! 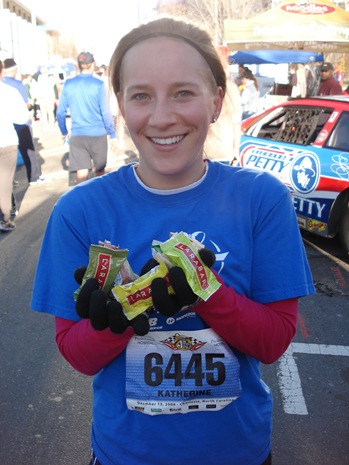 I told the LaraBar folks that they were the only reason I ran the race because everyone in the food blog world comes home mini bars from big races 😉 They laughed. 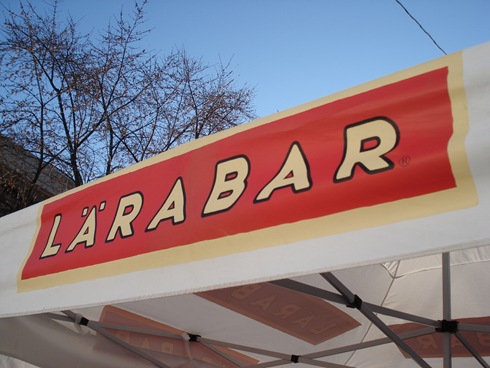 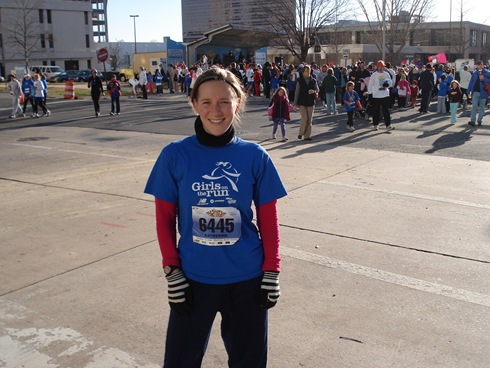 While I was running, the husband found Great Harvest and played with them instead of taking my finish line photo. They were slicing fresh bread samples to all the runners!! 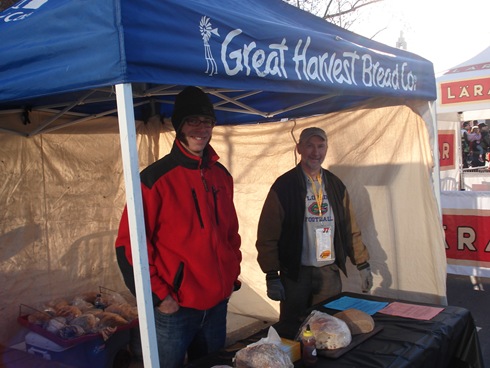 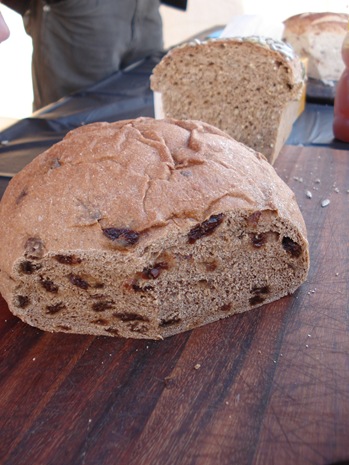 I wasn’t feeling hungry at all after the race (I was a bit nauseous) but I did end up having half of this cinnamon raisin walnut slice with honey! MMMM!!! 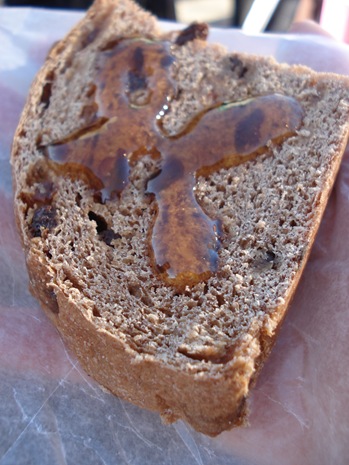 Such a good sport for being in the cold for a few hours and getting up at the crack of dawn on his day to sleep in! XOXOXOXO 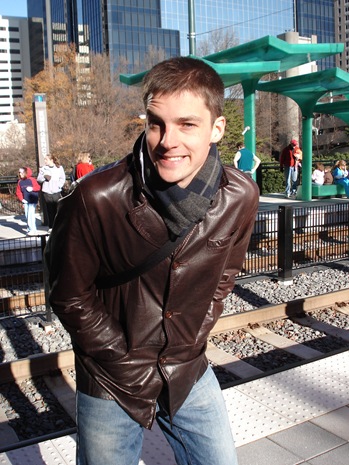 We hung around for a little bit after the race, ran into 2 of our friends and said goodbye to the few GOTR girls who we tracked down. Then we got on the lightrail for the return trip.

The 1.25 mile jog home was SO PAINFUL!! I was beat and if it hadn’t been so cold and if I hadn’t wanted to get home so badly I would’ve just walked, but I jogged and gosh it was miserable!

The loot!!! Trader Joe’s had the fruit and a granola + cookie sample. 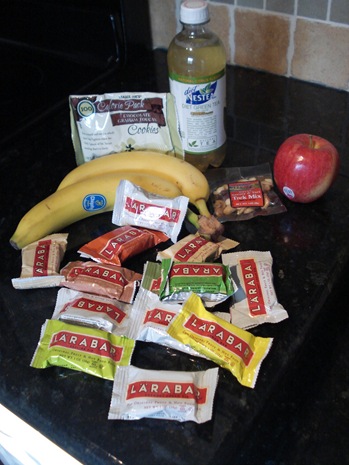 Once we were home, we made a pot of coffee to warm us up. See the steam on it! 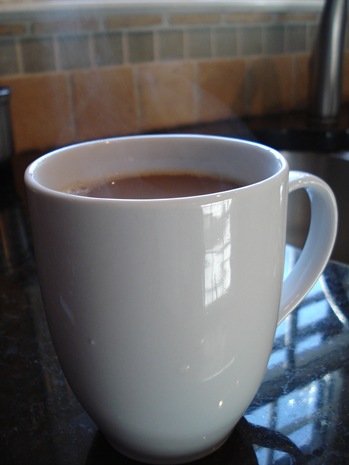 Then the husband left for work (via bike!) and I took a glorious Epsom salt bath!!! I heated some water in a big pot on the stove-top to make sure I had enough hot water. It was wonderful and really helped my muscles. (I’m sure the marathoners are now taking their ice baths – eeks!).

All of a sudden at 12:00 in the bathtub I realized I was extremely hungry. I planned out a quick lunch as I got dressed.

A slice of toast with Laughing Cow, pumpkin + pumpkin butter – 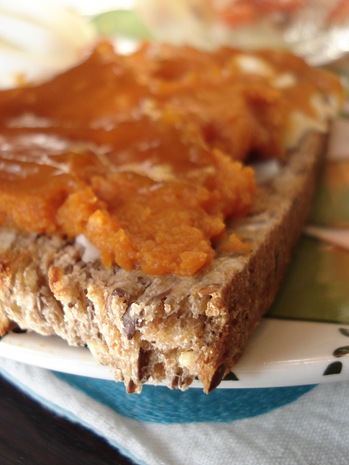 The toast with cheese was suppose to have this hard boiled egg, but I decided I wanted pumpkin because the egg would slide off. The pumpkin + cheese combo was great. 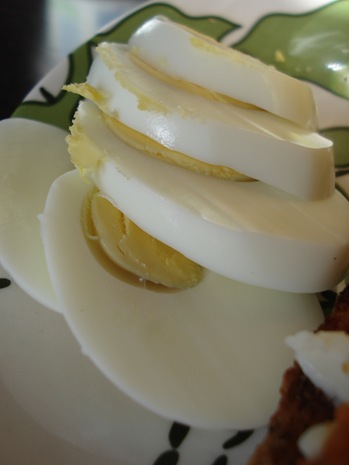 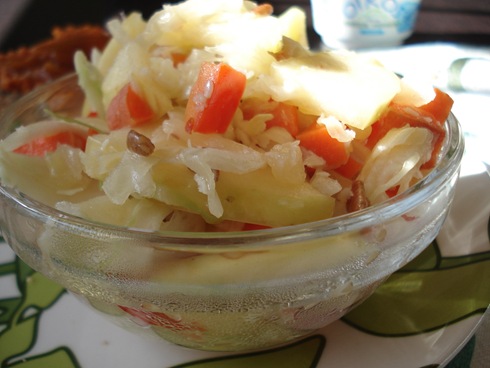 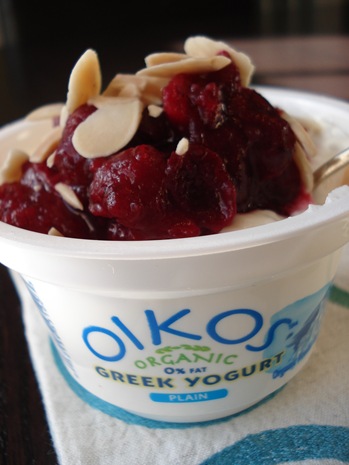 And the free tea I got this AM – 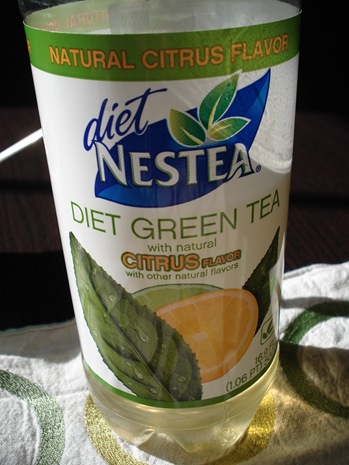 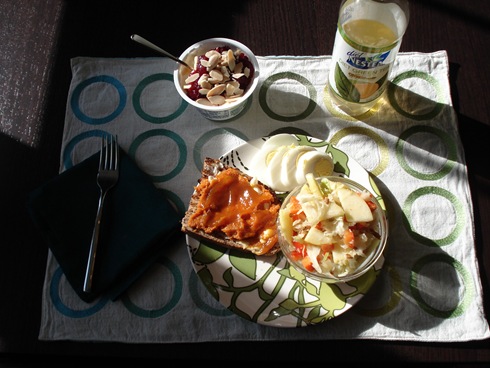 I started watching Willy Wonka (a version we DVRed that has fun facts on the bottom of the screen – did you know the movie was financed by Quaker Oats!?!?!? As a marketing ploy to sell Wonka bars after the fact.) It’s one of my all-time favorites, so I’m going to go snuggle up on the couch again. With some tea because I’m freezing! I plan on staying home this afternoon and am joining Karen, Andrew + the husband for dinner at Karen’s. I think a glass of wine is definitely in the plans 😉