We had some new friends over for dinner tonight as a means to deliver a loaf of Great Harvest Bread to them, and it turned out to be such a fun night! Diana and Dan are friends of Michelle and Ben (and now our friends too!). Diana writes The Chic Life, which I’ve been following since we first met back in November and discovered we were both bloggers.

While we were getting ready with jazz playing and dinner on the stovetop, it was too hard not to pretend it was a Saturday night and sip a cocktail. So I made a teeny little Manhattan 🙂 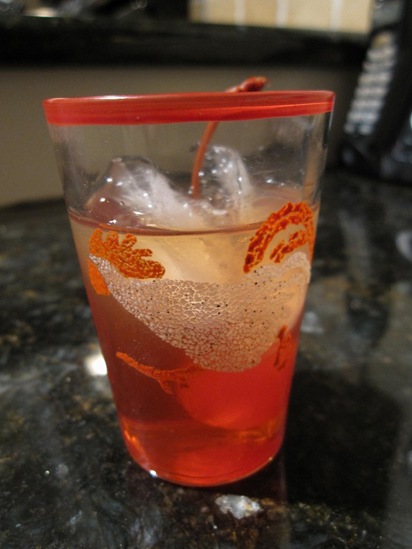 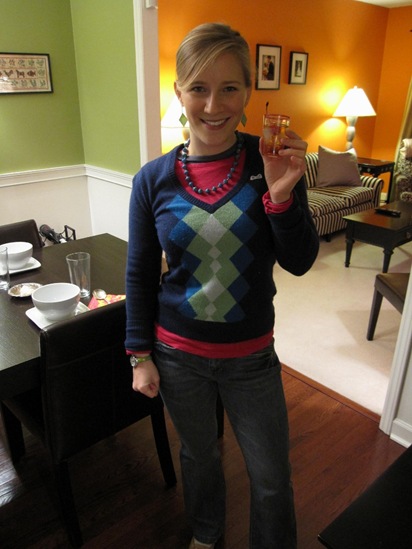 For dinner I made another Frontier Soup: Butternut Squash + Lentil. This one was from Megan, a reader who works for them! This soup was made with fresh butternut, a mix of bulgur and lentils, fresh orange and mandarin oranges. It was awesome quite good. It called for 12 cups of broth but I only used 8 and it was still too watery for us, so I pureed it, and it did seem to thicken up again. I would rank their Black Bean Soup top, followed by the Tortilla and then this one. 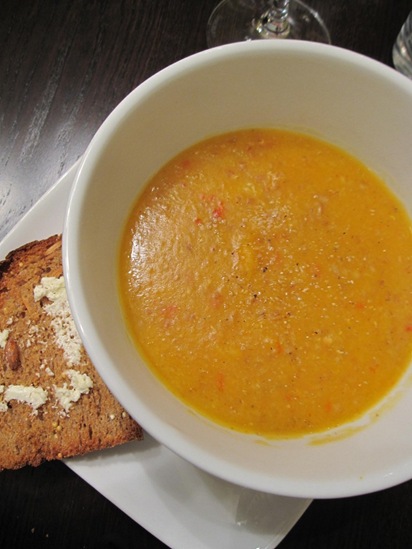 I finally got to use my grandmother’s silver soup spoons! 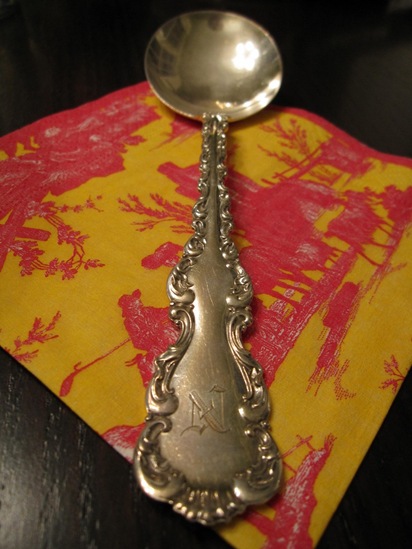 Which appear to be quite old! 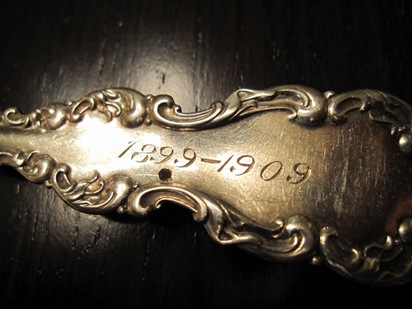 Of course we served bread on the side – with butter. 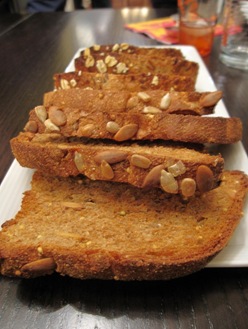 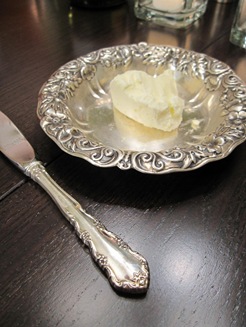 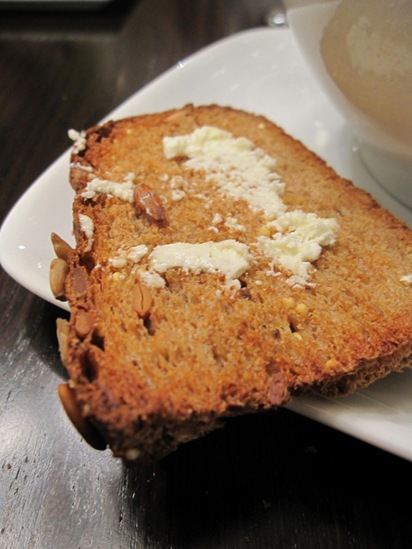 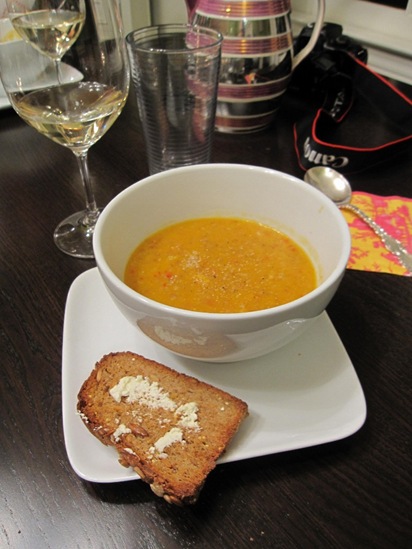 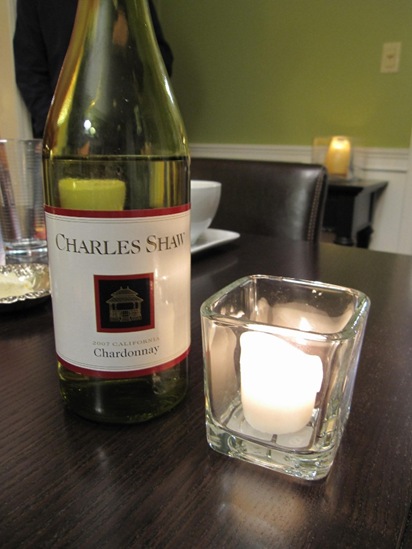 I had a glass with dinner in two installments – 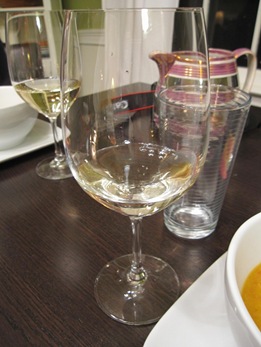 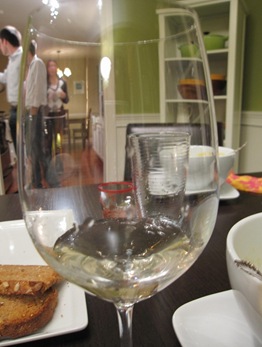 The gentlemen finished off this JUG of beer! 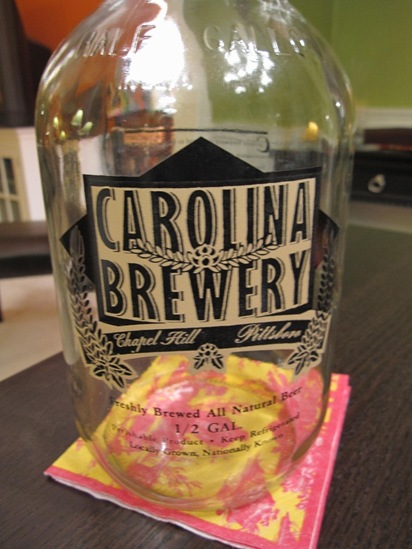 Diana made Ellie Kreiger’s Pear Crumble for dessert. We broiled it at the last minute to get the crust extra crispy and BURNED it!!! It was fine with me because I love burn, but I feel bad 😳 It was amazing – very gingery! And very healthy tasting 🙂 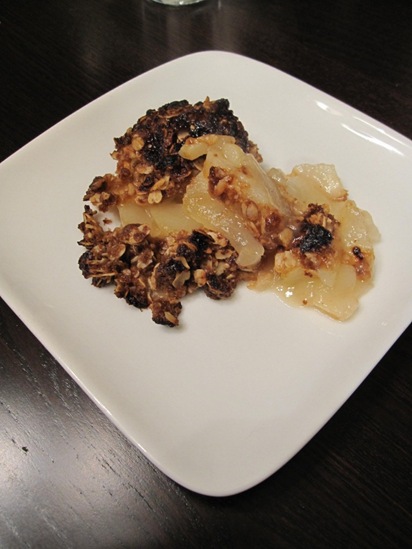 I had to have a tad bit more! 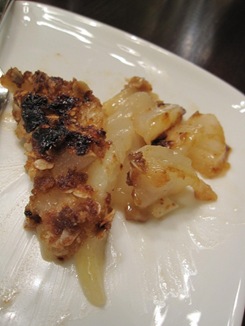 Diana brought her Canon Rebel and I got to play with it. So fun!! I still love my PowerShot though… Be sure to check her blog for some more dinner photography, SLR style! 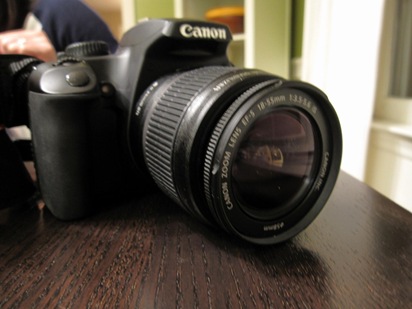 In other news, I was awarded a “Holy Yum” Award by Megan’s Munchies: Holy Yum! Oats!! Thanks Megan!! 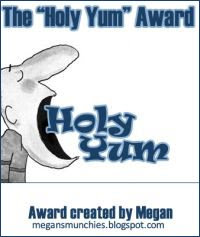 Tomorrow Kelsey and I are planning to exercise at Winthrop after class, so that means I don’t have to get up at 5! I might still get up early and do yoga to start off refreshed, followed by pumpkin oats of course. It’s already starting to late (yes, early for you guys, but late for me!) so I’m off to bed. Nite!