You are here: Home / Lifestyle / Retire My Goggles! 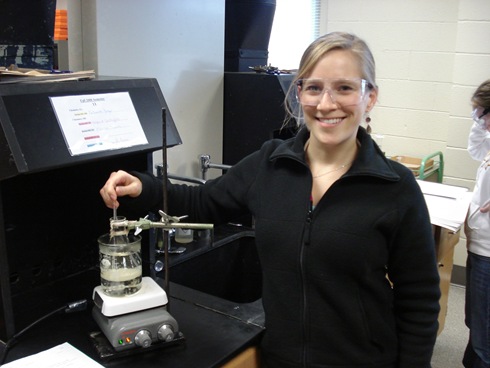 My professor took that photo

Actually, today’s lab was the coolest we’ve done – probably intentionally. We made soap! But it was still too corrosive to use as such… 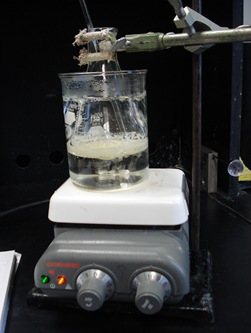 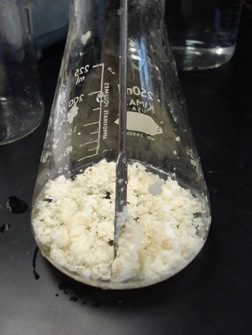 I had an empty hollow in my stomach after lunch. I swear when I don’t have whole grains at lunch I have that feeling (and I don’t think the little bit of wheatberries was enough). You’d think the protein and fat from the salmon + cottage cheese and the fiber from the veggies + apple would be good enough, but something was just missing to completely take away my noontime hunger.

So when I got home at 4:30, I pulled out a frozen Homemade Oatmeal Snack Bar to have for a snack (so as to try to use stuff up instead of open the box cereal that I was craving.) Unfortunately a semester in the freezer gave this touches of freezer burn, but luckily the Honey Cinnamon Peanut Butter covered that up pretty well. 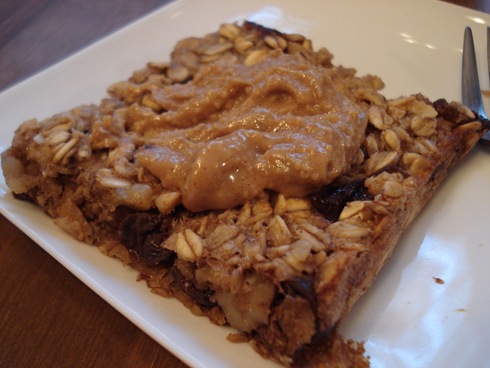 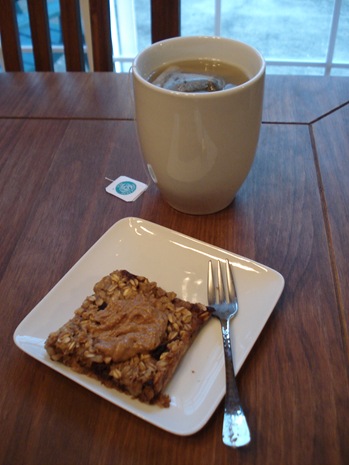 We ate dinner a little earlier tonight around 6:30. On the menu were Mushroom + Havarti Omelets! 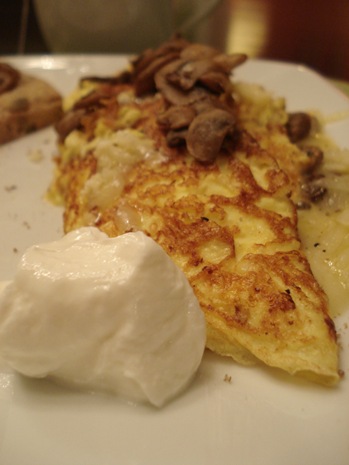 The husband brought home some almost-bad mushrooms (he’s been rolling in the damaged food items this week – he also brought home a badly dented gallon of milk that was in the “throw out pile.” EF donates what food it can to the local food pantry, but sometimes they can’t get there in time and things get thrown out.) The mushrooms made a perfect complement to the omelets I had planned. Each omelet had 2 eggs, about an oz of shredded havarti and shrooms. Plus a dollop of Fage Total, which was so rich it went perfectly. 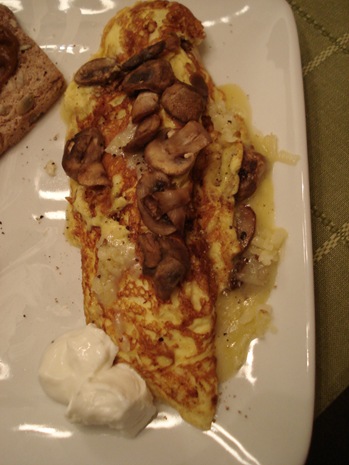 Extra shrooms on the side – 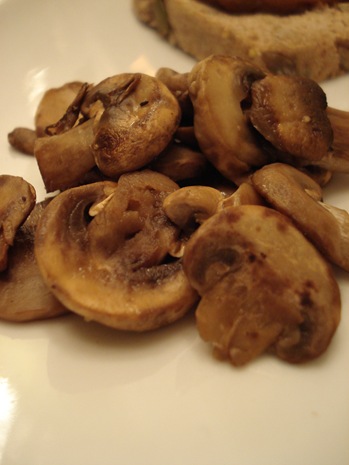 Plus a slice of GH Dakota toast with homemade pumpkin butter – 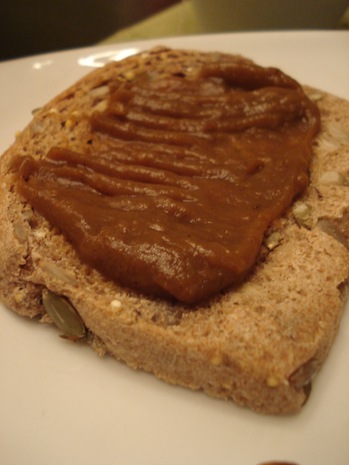 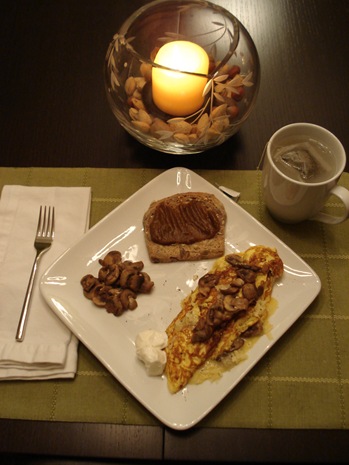 I’m off to make some Organic flash cards. The lab is over, but the worst is yet to come in the class: Test IV and the Final Exam.