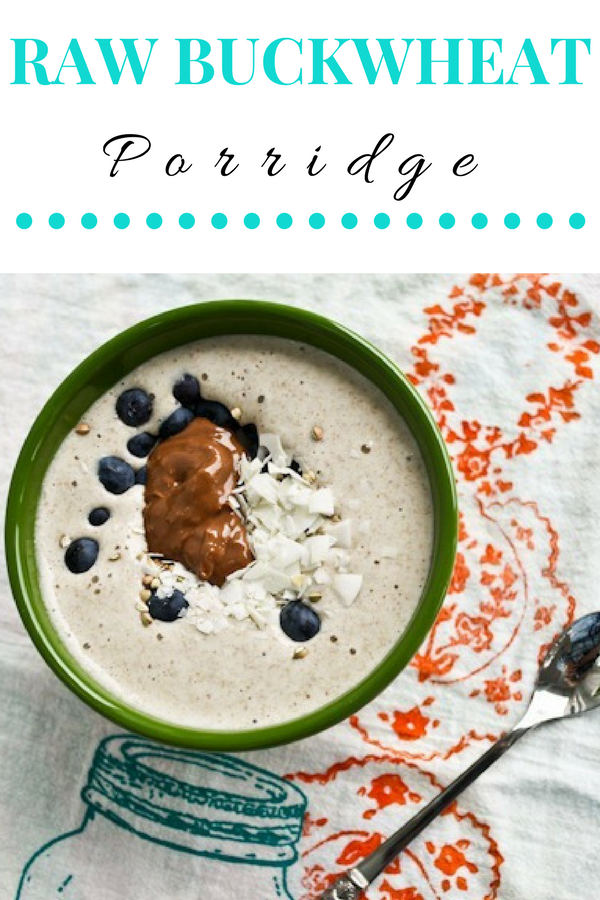 As promised, I’ve been experimenting with other forms of buckwheat! 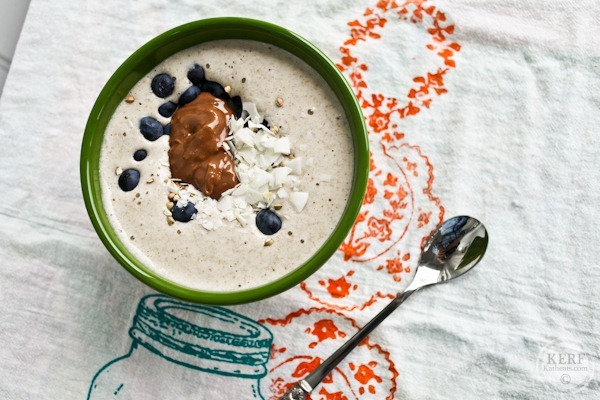 Recently, I made this raw soaked porridge very similar to the dough boy smoothies I make with oats, milk and yogurt. It was inspired by this blog’s recipe that a reader shared with me.

The night before, I soaked 1/3 cup raw untoasted buckwheat in 1/3 cup milk and 1/3 cup water. I imagine you could use all water, but I wanted the creaminess and the protein of milk. Use any kind of milk you like! I also added cinnamon and a splash of vanilla. 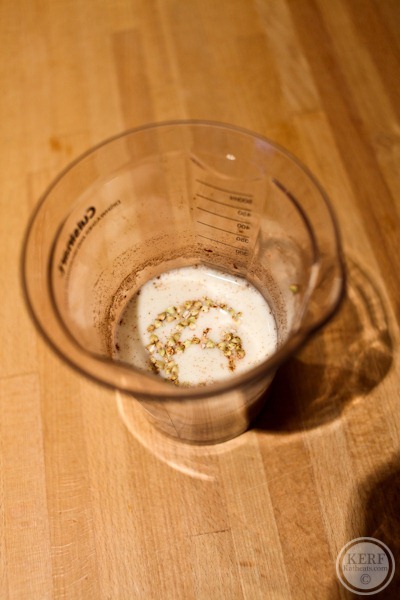 Because I’m so used to overnight oats, I sort of expected the buckwheat to absorb the liquid, but it was floating all the same in the morning. It was definitely softer to the bite though. 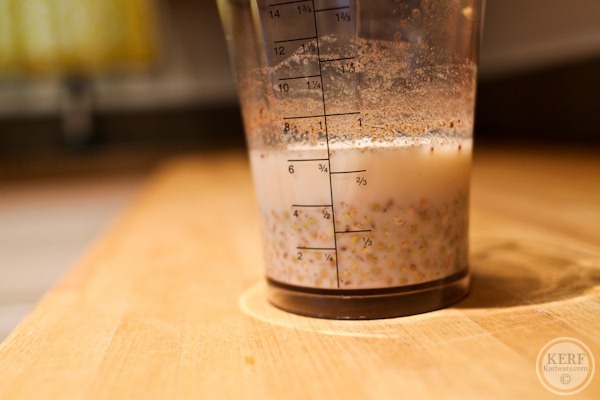 After a few years without one, I bought a new stick blender last year! Matt absolutely hated our old one because it was battery operated and never held a charge. This one plugs in and is the bomb!!! It was inexpensive, comes in a rainbow of gorgeous colors, works like a charm and is dishwasher safe – the bottom half and the bowl. LOVE it: Cuisinart Smartstick. 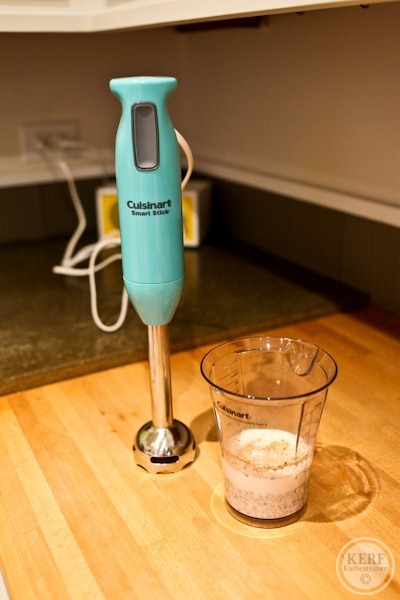 I gave the buckwheat a whirl and a taste. It was not sweet in the slightest (as to be expected) so I added  half a ripe banana. Perfecto! 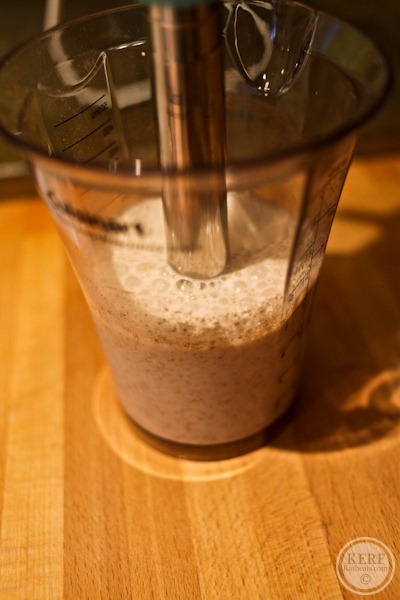 The texture was a bit gritty. My guess is that’s because of the stick blender, but I kind of liked it. Next time I’ll have to try to the Vitamix and see if it gets 100% smooth – although I much prefer the smaller stick blender container to get every last drop out easily. 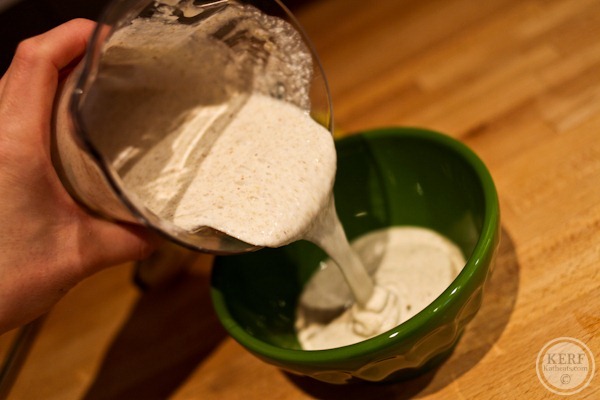 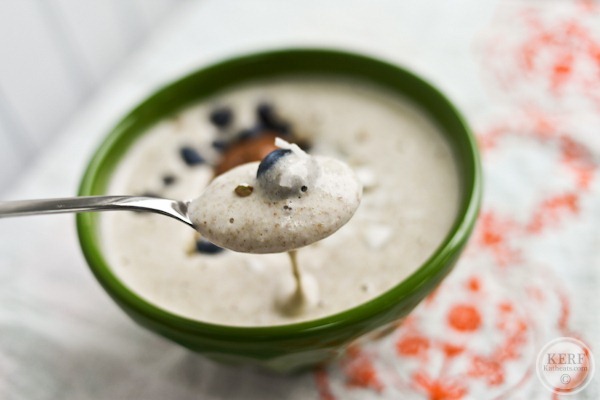 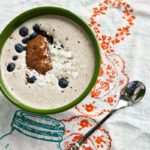 Buckwheat is soaked overnight in milk and water and then blended into a breakfast porridge bowl. No cooking at all!
Prep Time 2 minutes
Total Time 2 minutes
Servings 1 Serving
Calories 295kcal
Author Kath Younger

{With 1/3 cup buckwheat, 2% cow’s milk and half a banana; without toppings}

I’ll definitely be making this one again!!