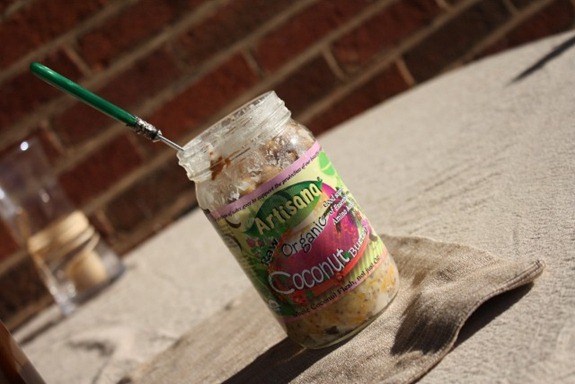 From Solid To Liquid

The texture of coconut butter is highly dependent on temperature of the room. In the summer it’s like a melting bowl of ice cream; in the winter it’s hard as wax. To make it useable, just heat it a bit. I used to microwave it, but since we don’t have one, I just put the whole jar in simmering water for a bit (this is probably a much better method anyways..) 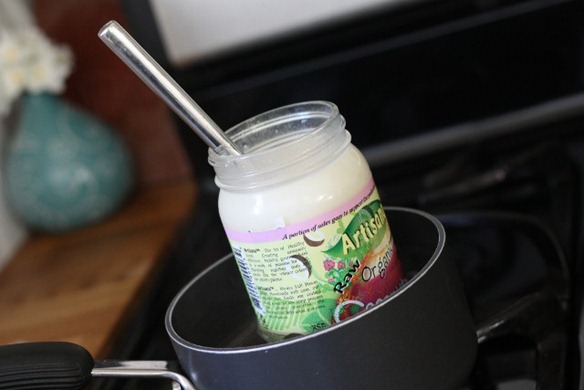 As it heats, give it a stir and try to incorporate the oils back into the meat (much like you would a natural peanut butter)

I had a drippy liquid after about 5 minutes. This is fabulous on a smoothie in a bowl as “magic shell” because the cold smoothie makes it harden again and clump together. 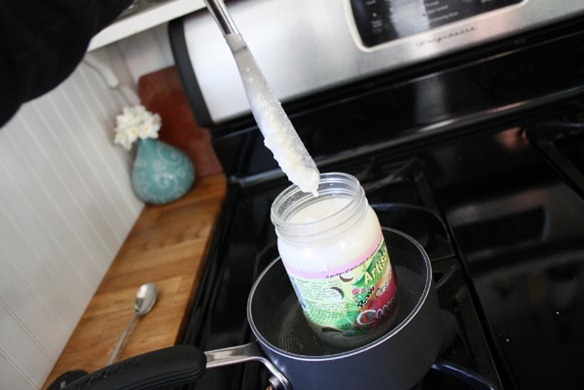 A Coconut Butter magic shell demonstration. Heat the coconut butter ONCE to make it liquidy at room temp (meaning, I did this a few days ago in a pot of hot water and it’s still liquidy). Drizzle the liquid onto the freezing cold smoothie. Watch it harden. 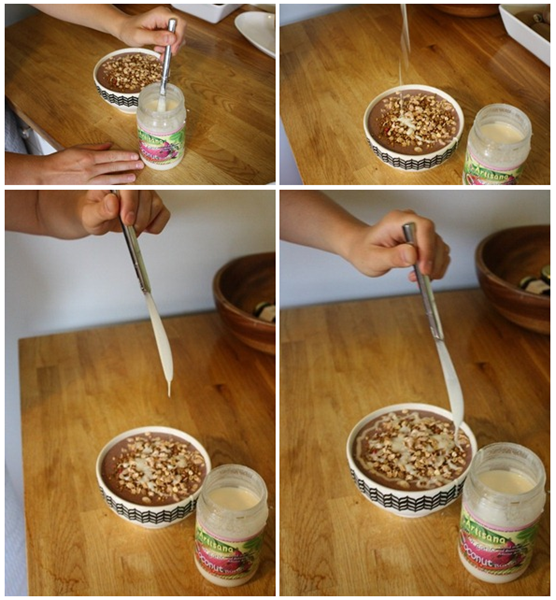 Hard as a rock! 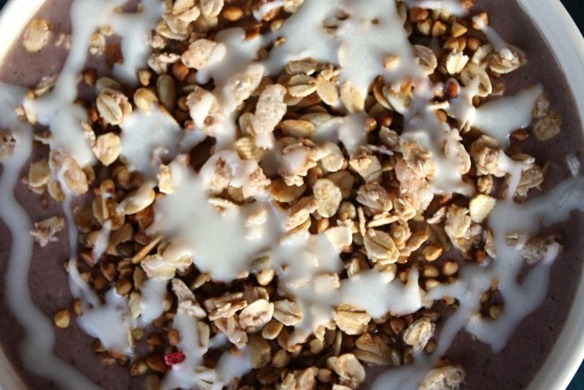 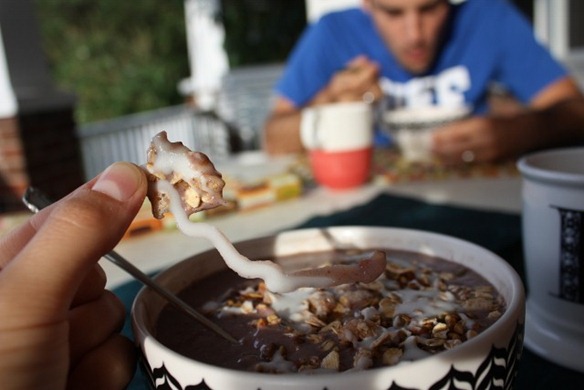 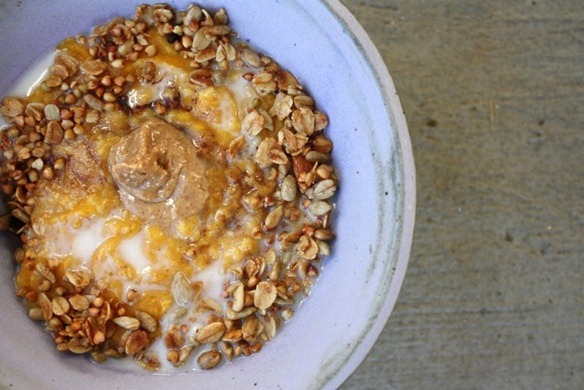 The Squash Effect! And here!

[Just drizzle over squash or potatoes after cooking!] 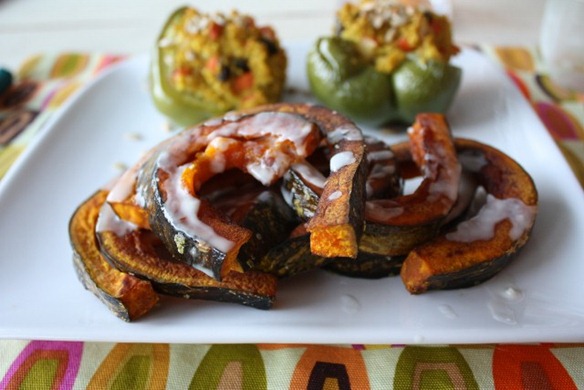 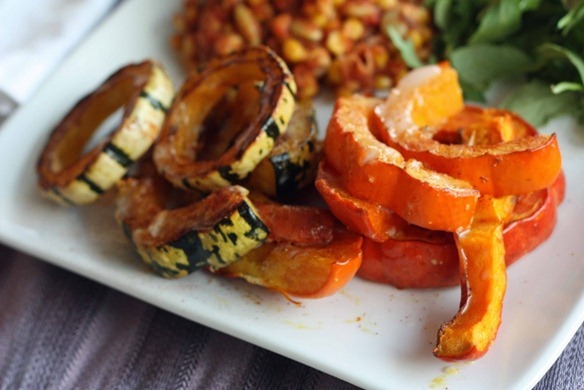 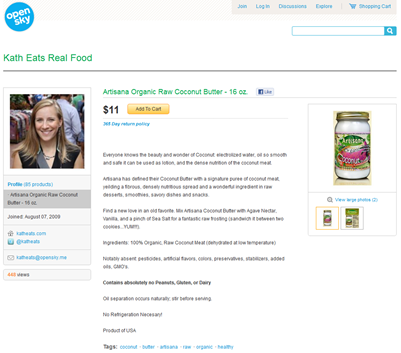