This post is sponsored by the National Milk Life Campaign 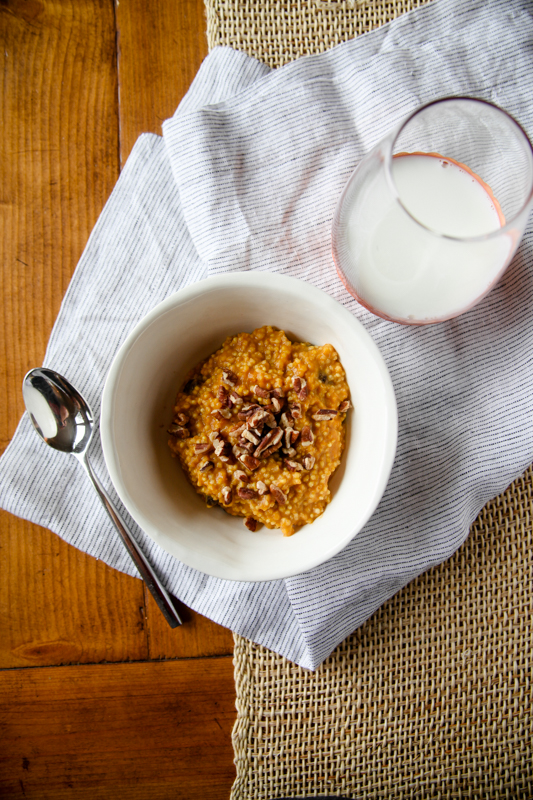 Millet is something I normally think of as a side dish at dinner, the base of a salad or perhaps birdseed! But this grain-like seed makes a wonderful breakfast porridge too. It takes a wee bit longer to cook than oatmeal, but the texture is worth the wait. Think of it as a cross between steel cut oats, rice, and couscous. Millet is also naturally gluten-free, so it’s a good option for those who are gluten-sensitive. 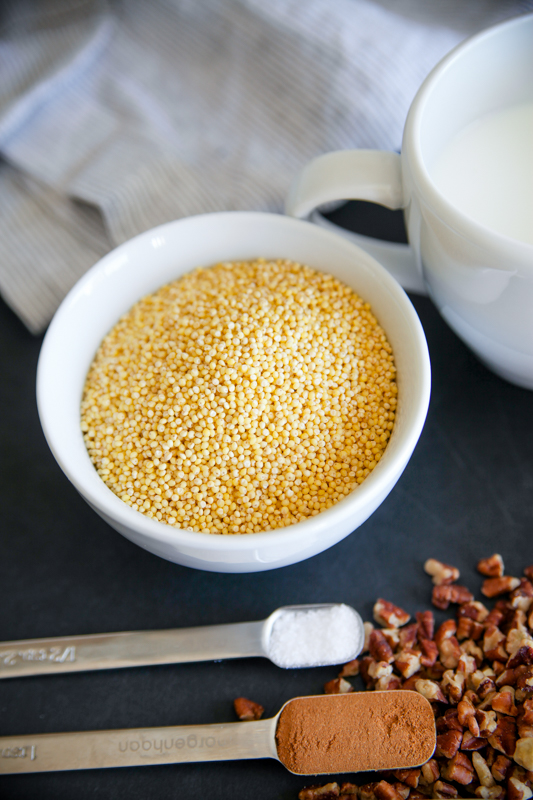 Naturally I turned my millet porridge into a fall party packed with pumpkin and the spiced flavors of cinnamon and vanilla. Pumpkin stirred in near the end of cooking adds vitamin A and fiber, cinnamon and vanilla add flavor, and pecans and raisins add crunch, chew and nutty, healthy fats. 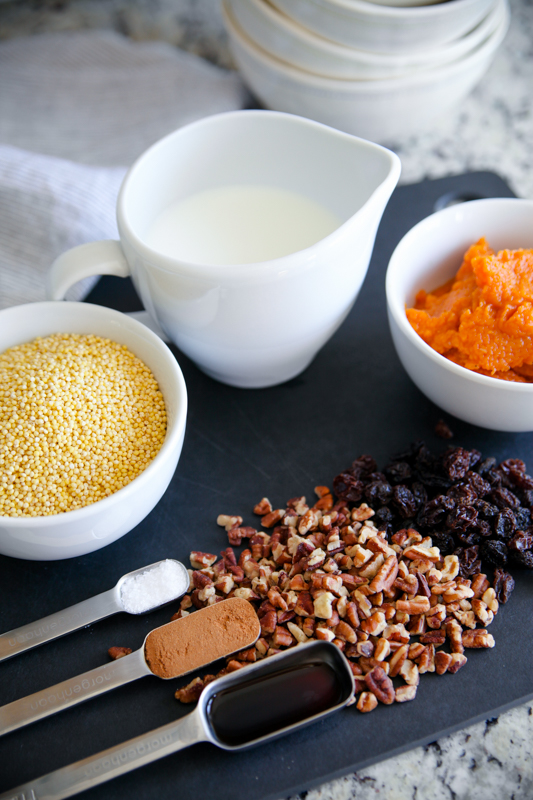 I used milk as the backbone of the recipe for an extra boost of morning protein and nutrients. Since I always have milk in my fridge, cooking with it is one of the easiest ways to incorporate more protein into my meals. Eight ounces of milk provides 8 grams of high-quality natural protein, plus other essential nutrients like calcium and vitamin D, so it’s worth making your porridges with more than just plain water. Pair this porridge with a glass of milk on the side, and you have yourself a breakfast that will help keep you feeling full all morning. I’ve eaten this for breakfast four times in the past few weeks and never have I needed a morning snack. 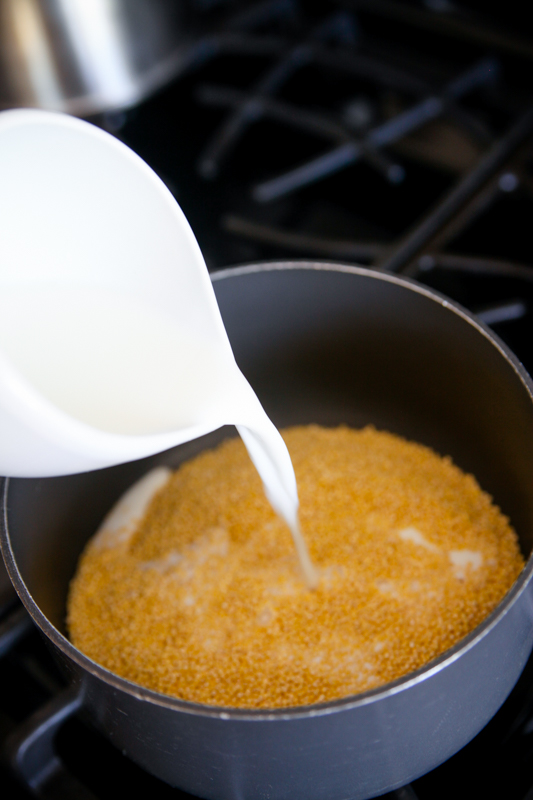 Add the millet, milk, water and salt to a sauce pan and set to medium heat. Allow millet to come to a light boil and then reduce heat to a simmer for about 20 minutes, until thick. Keep stirring to keep cooking even and the milk from creating a film. 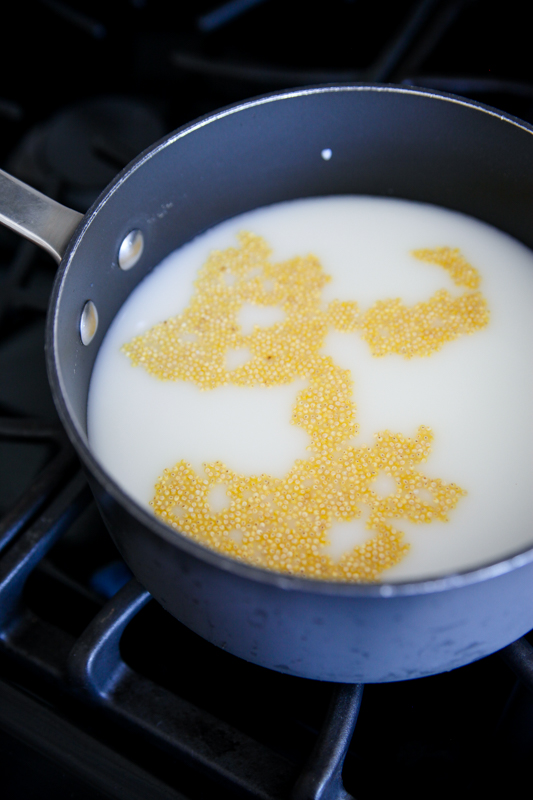 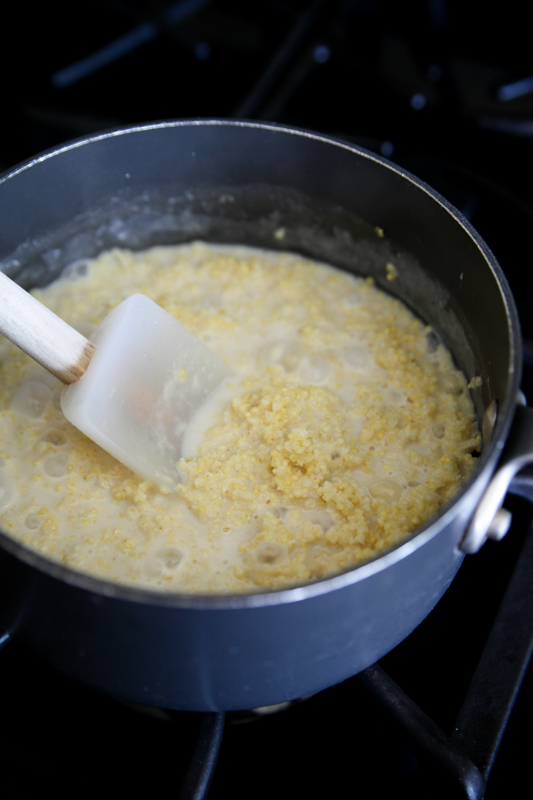 Allow everything to heat up together and then portion evenly into four bowls. 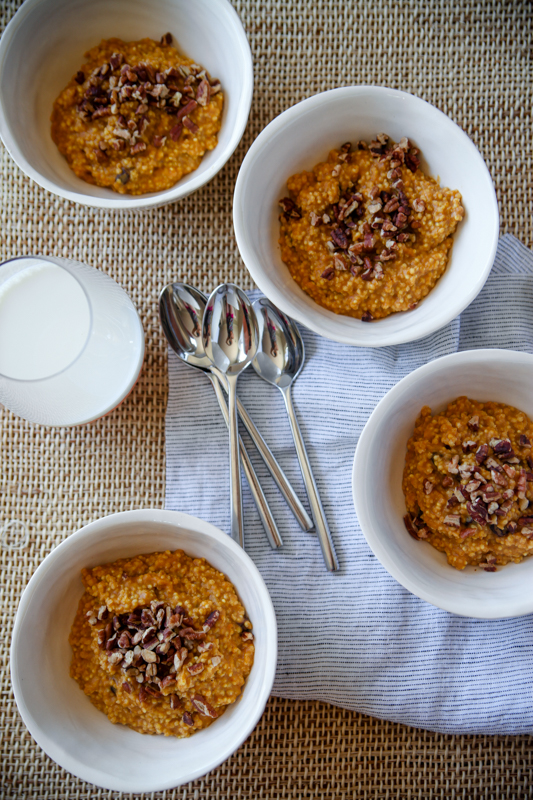 Toast your pecans until fragrant – be careful not to burn them! A few minutes is all you need. 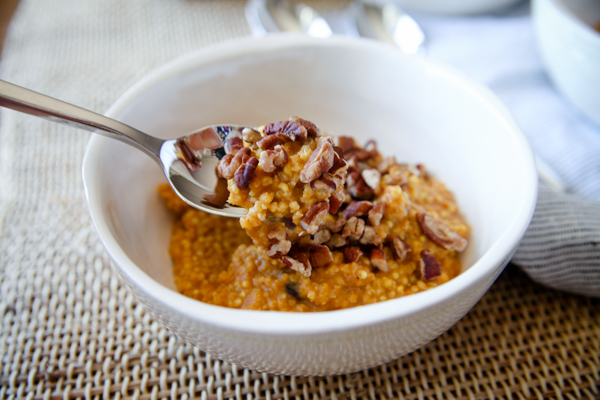 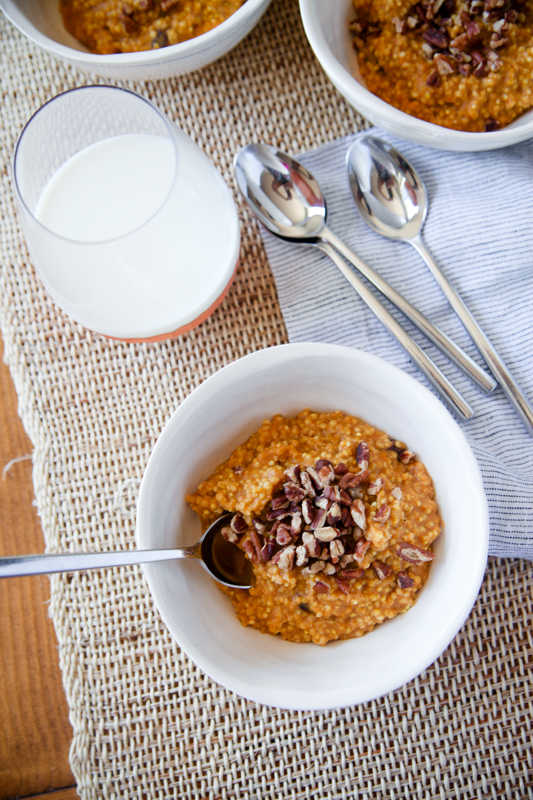 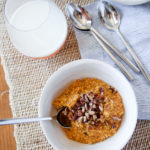 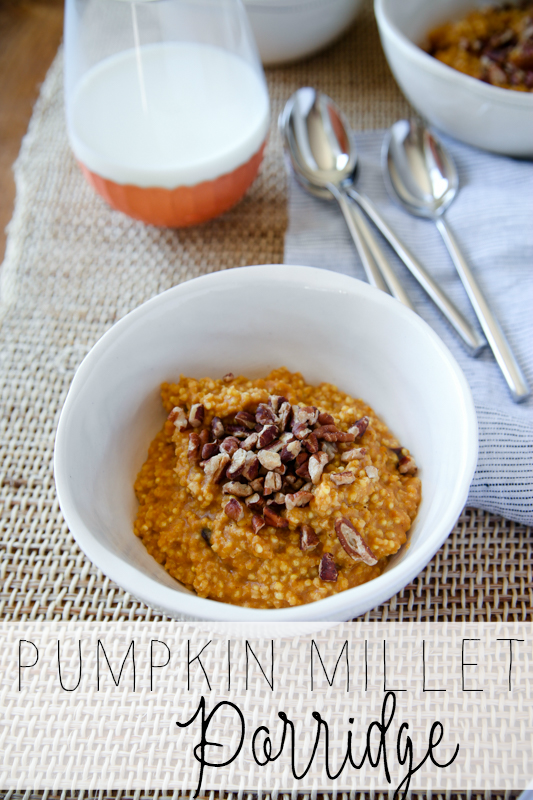 Thanks to the National Milk Life Campaign for sponsoring this post.