Virginia is quite famous for its presidential history, Charlottesville especially! Guess who came to visit us tonight!? 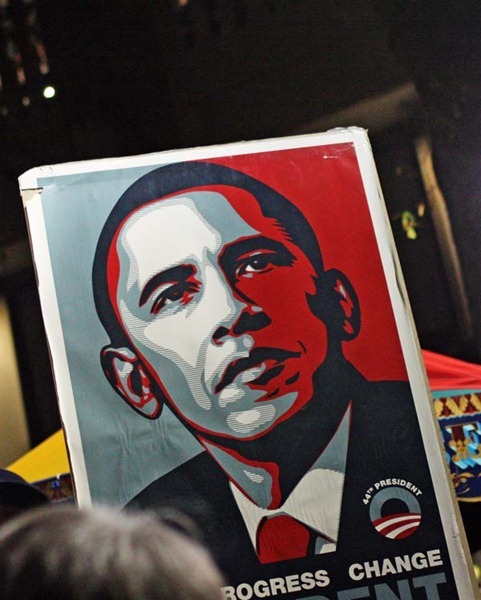 Unfortunately that’s about as close as I got. After an early dinner Matt and I bundled up and biked downtown. 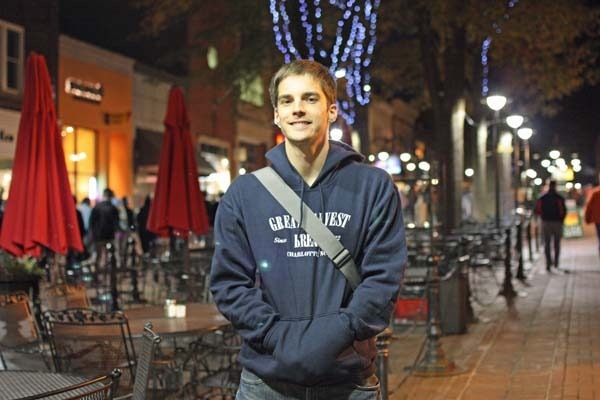 We were shocked to find a line the length of the downtown mall to get into the Pavilion – which meant it was probably at least 1/3 a mile long! 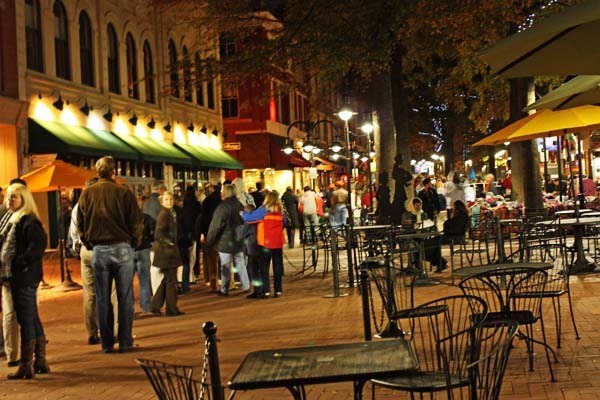 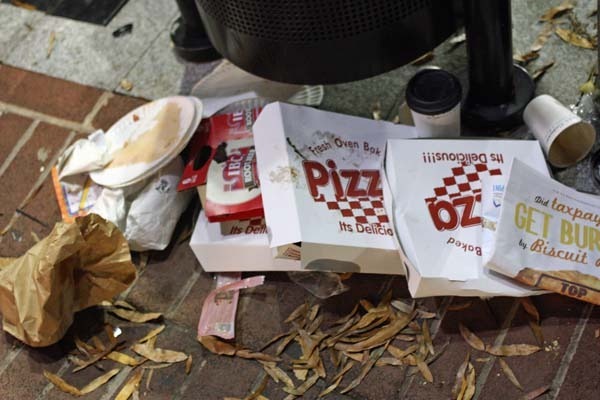 At least they had entertainment :0) 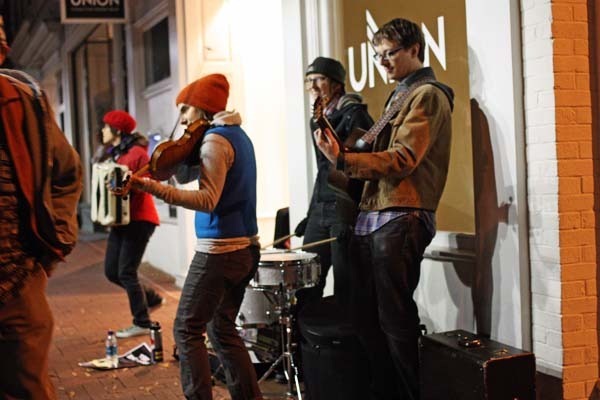 There were police everywhere – even peeking out windows! 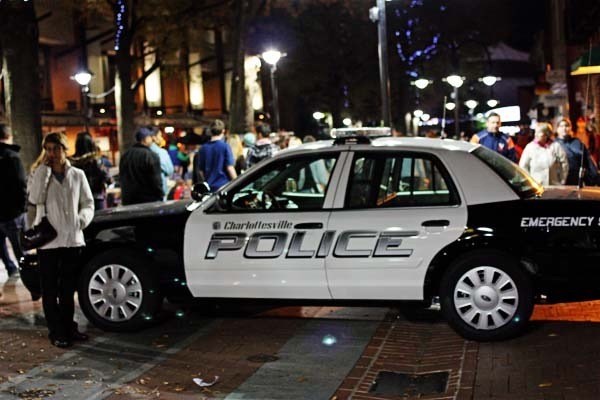 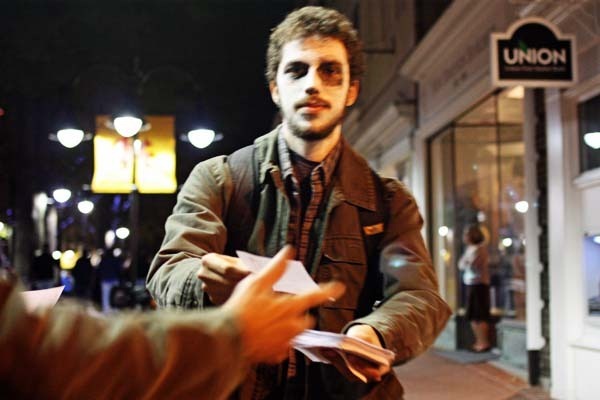 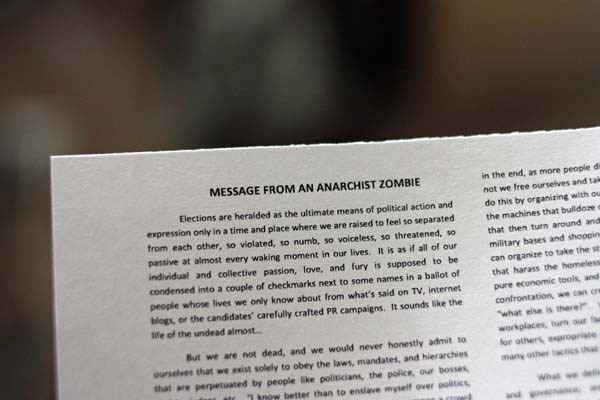 And this was my eventual view. I couldn’t see a darn thing, but I could hear it all! Obama came to support Charlottesville native Tom Perriello for Congress. 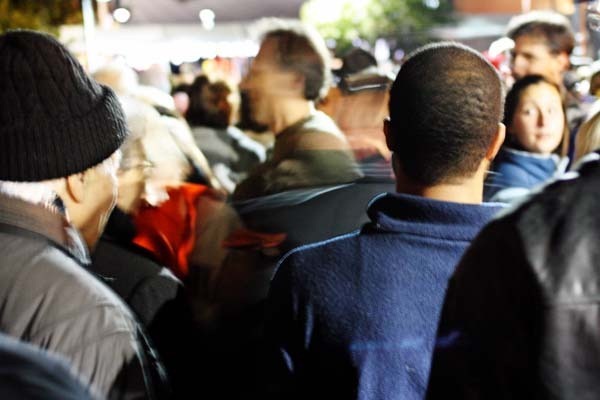 It was still very exciting to be in the energized crowd. And we did see Air Force One fly right above us before he landed!!

This visual, however, is just a silly helicopter ; ) 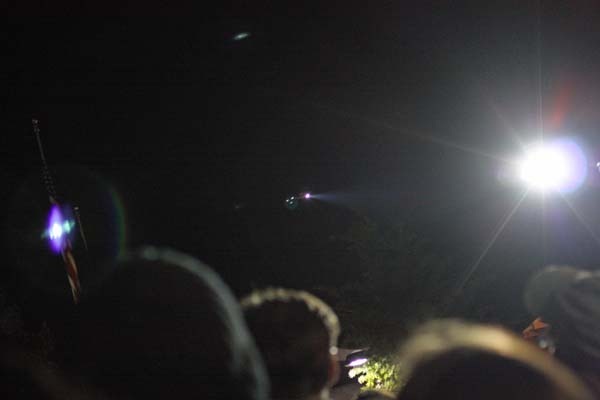 The bike ride home was FREEZING in the wrists, ankles and lower back. I have to find a way to cover those spots!

This afternoon I was really hungry again. Must be the insatiable time of the month!? 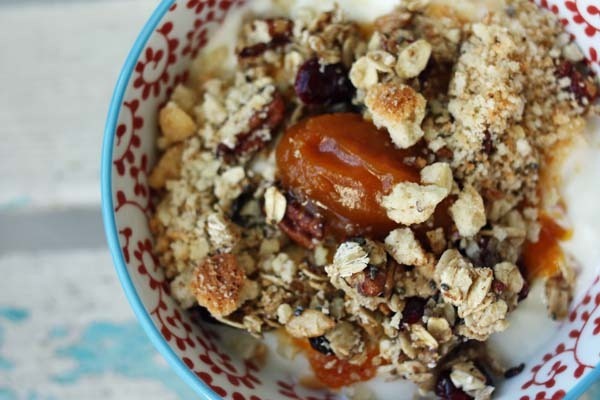 I had this amazing bowl of about a cup of plain yogurt topped with Alliebar and Mandel bread with a swirl of pumpkin butter. After this guy I was happily no longer hungry! 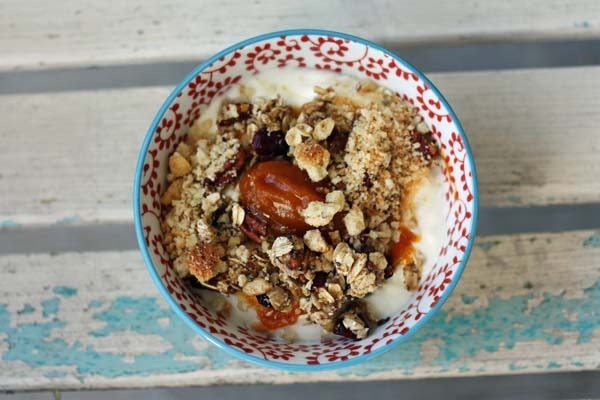 We had an early dinner – and a 5 minute one to boot! 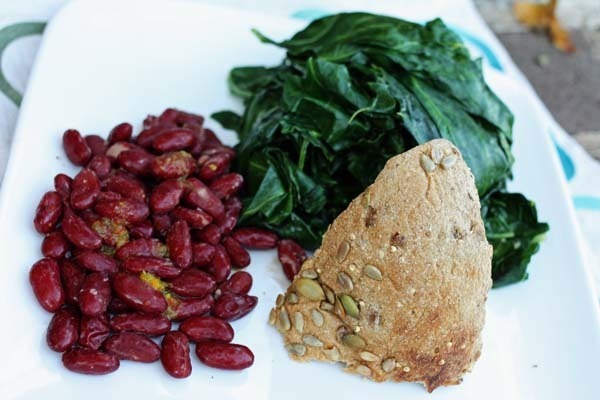 A can of kidney beans headed in a pot with… 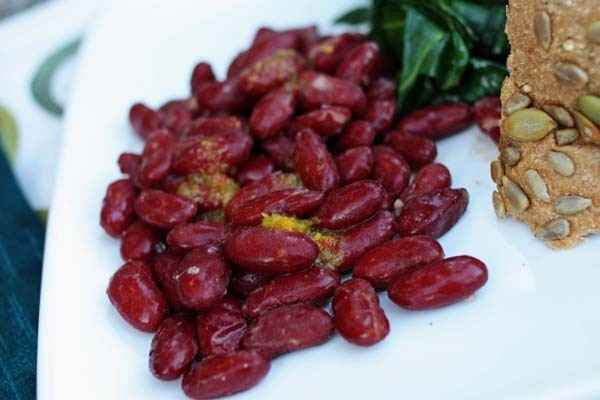 Sailor’s Swagger!! This is a PINEAPPLE hot sauce and it is AMAZING!!! 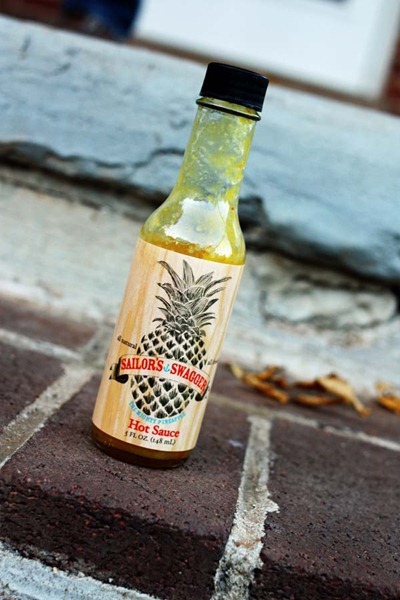 So pineappley sweet and slightly savory 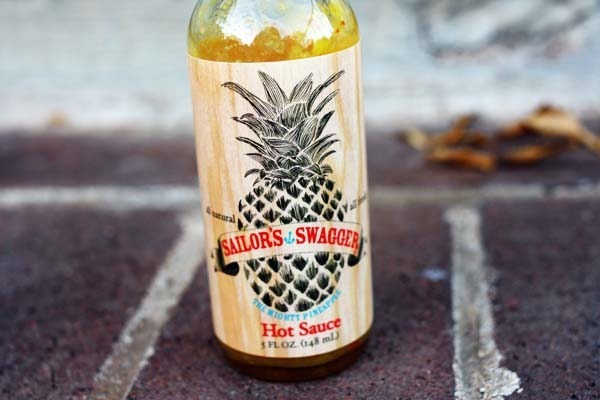 You know where you can find it!!! 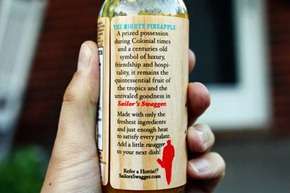 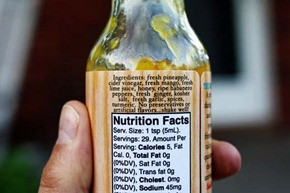 We also had a wee bit of toast (this Dakota was SO OLD but still very good!! GH bread lasts a really long time) 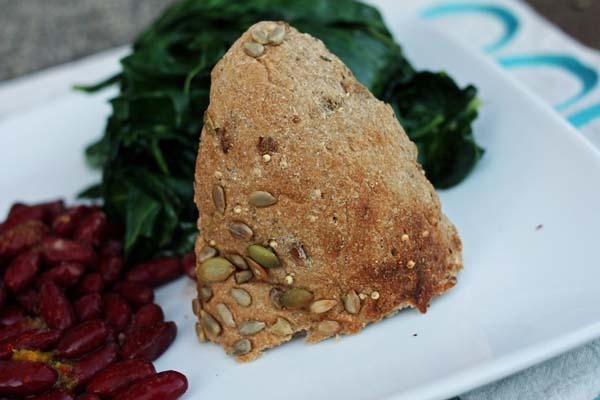 Lastly, a gigantic pile of collard greens. They were steamed in a little water with Garlic Gold nuggets and then drizzled with a dressing made of half maple and half soy sauce. It was awesome! And that was one huge pile of greens! 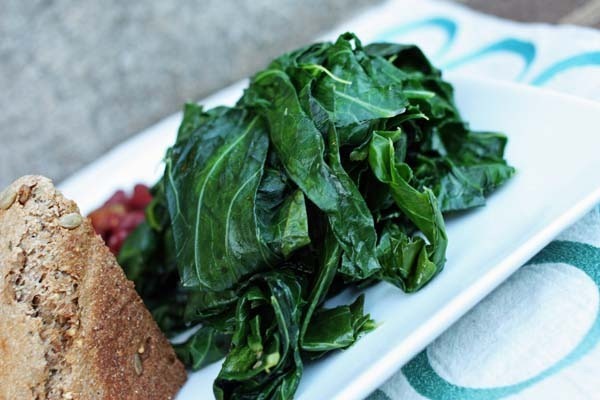 Matt put the cooking liquid in a glass and DRANK it!! Gross. He said it was like broth. And actually, I tasted it. And it was good! 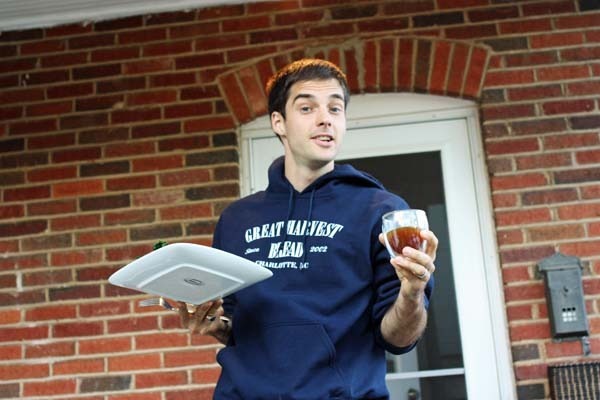 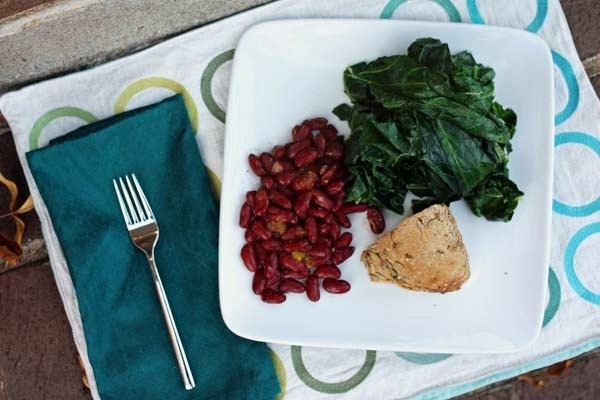 And that, my friends, is a wrap!