You are here: Home / Lifestyle / Pekanz 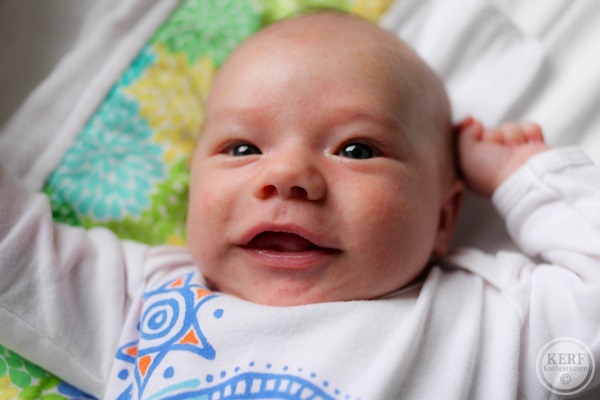 I’m working on a smiley baby video for BERF – we had such cuteness this morning in Mazen’s new PJ gown Mimi bought him at the market this weekend! 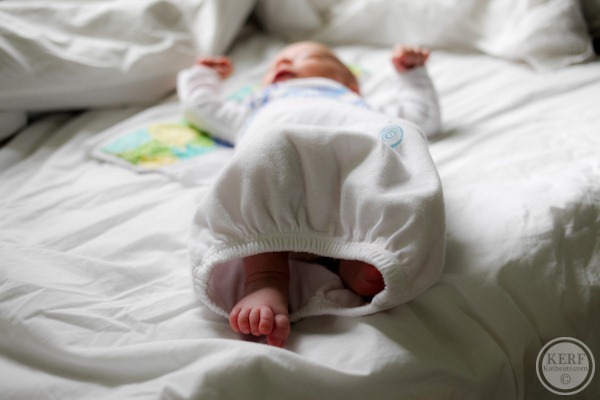 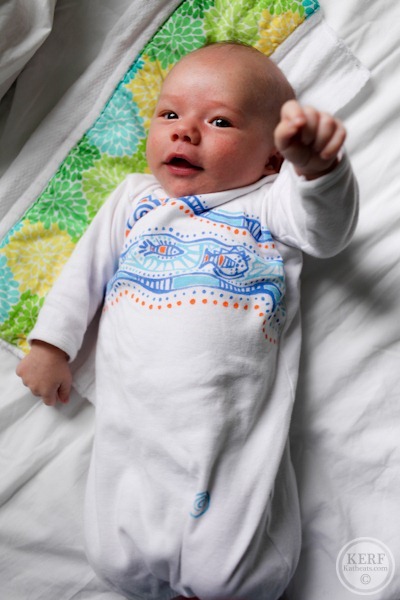 Matt stayed home for breakfast today. So much fun!! When Maze is fed and Matt his home, I deposit him in with his dad while I shower. Look where he put his hand in a bear hug!* The cuteness.

*Photo published with permission from Matt : ) 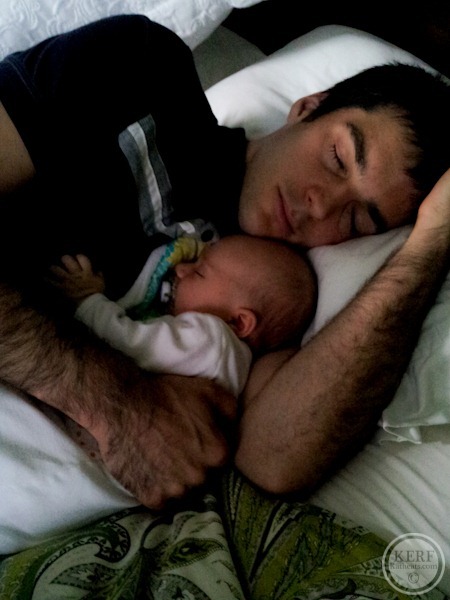 One of my favorite parts of nursing is the hand grab – caught it in action today! 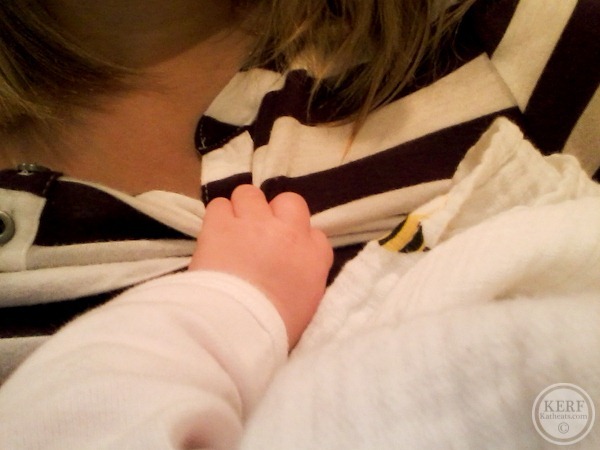 After I showered, the boys were playing so I worked on breakfast. 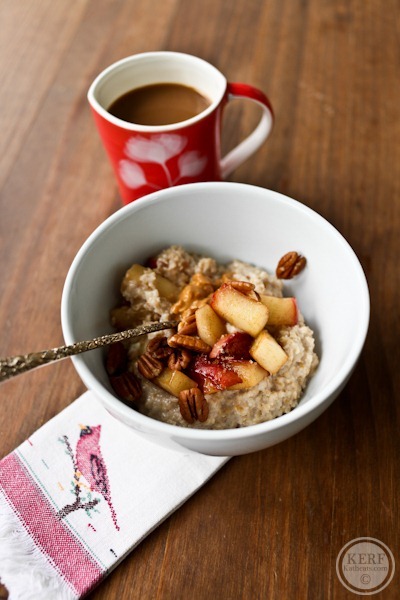 Hot apple oats! I cooked an apple in coconut oil with a sprinkle of cinnamon and brown sugar and stirred it into Coach’s Oats cooked with milk, water, cinnamon, salt and vanilla. 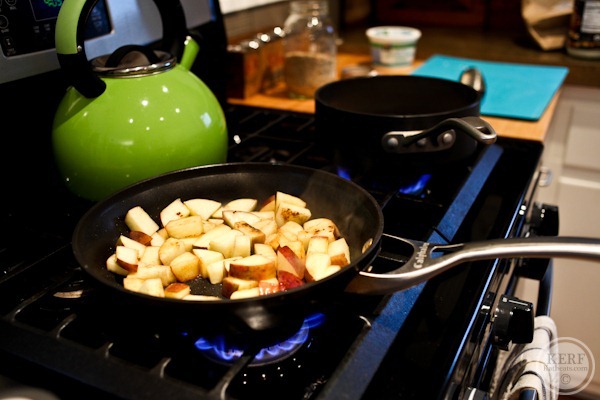 Barney Butter and pecans on top 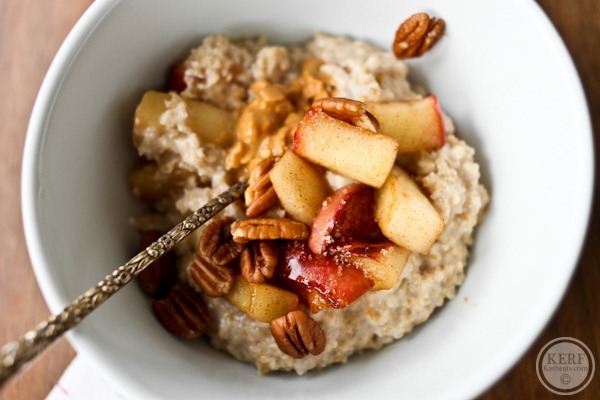 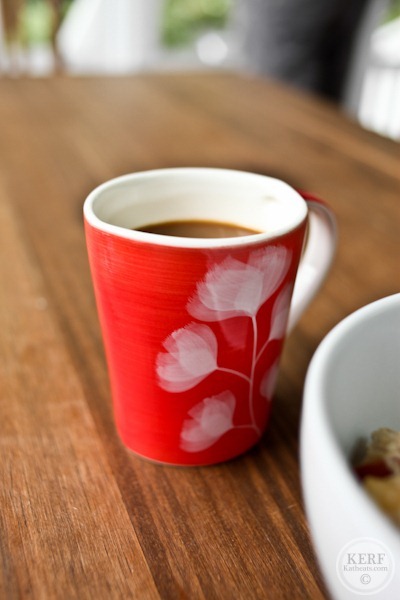 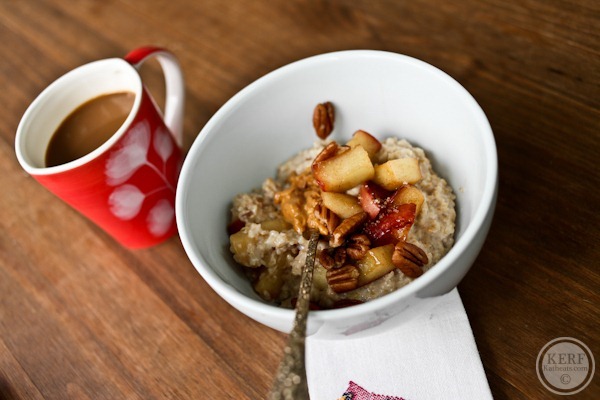 The grownups ate out on the porch 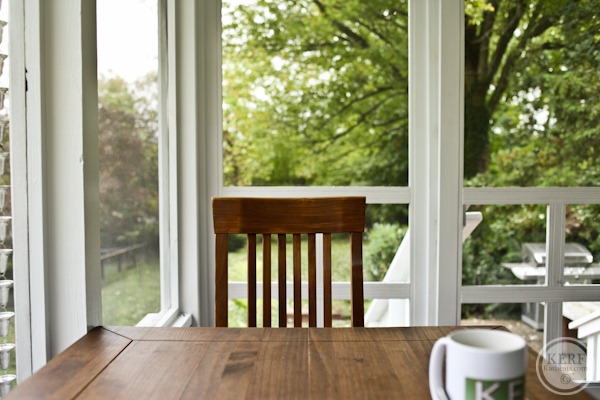 We watched the baby on his monitor….but wait….looks like he needed our attention too soon! 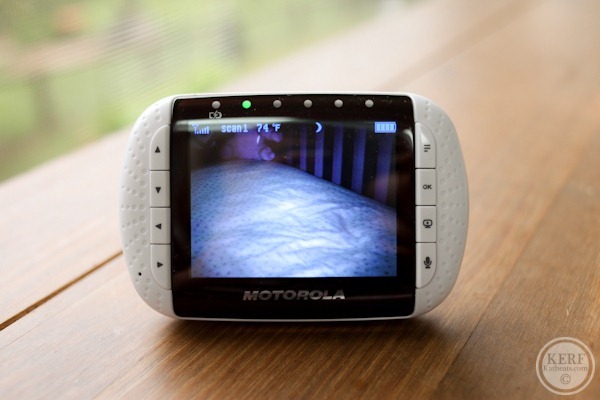 After breakfast I made another recipe I’ve had on my list: spiced pekanz! [If you didn’t read the Pekanz story, it’s here.] 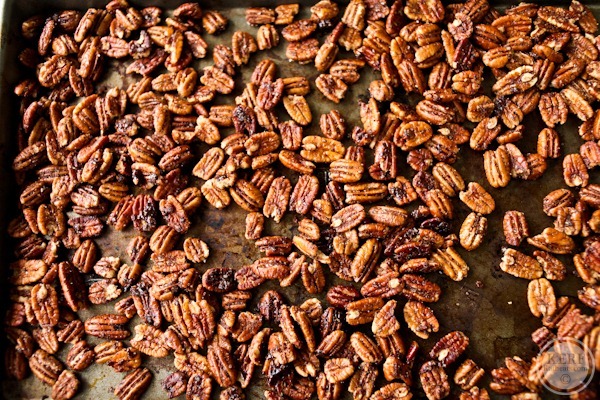 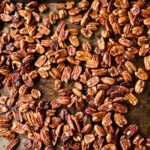 I spent the better part of the morning reorganizing Mazen’s clothes….again! 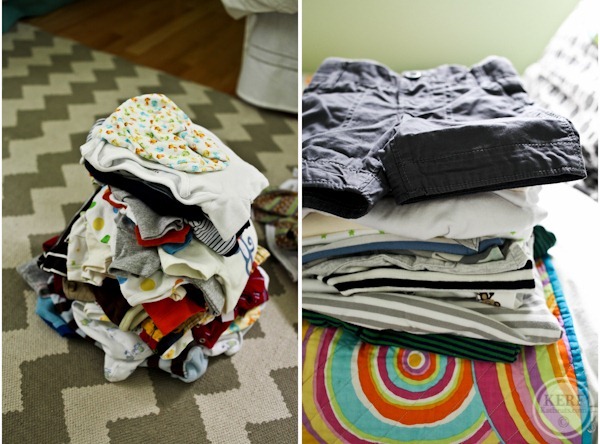 His drawers were just overflowing and I decided I had to remove anything that won’t fit him in the near future. So all the 6+ month clothes that were taking up space in the closet are now tucked away in the attic and the 0-6 month clothes are all neatly folded. I can’t believe how much is already too tight on him and how many outfits we have yet to put on him! Baby clothes are so confusing with both seasons and size to consider. 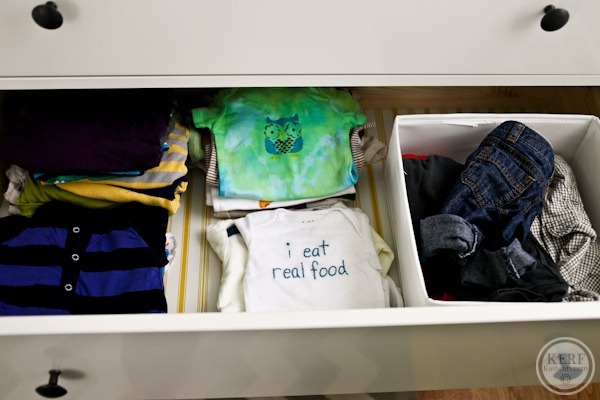 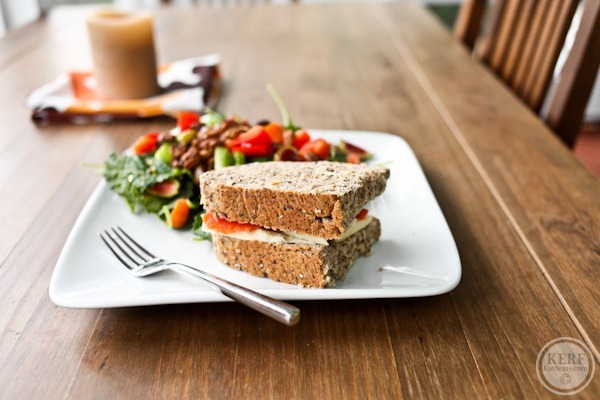 I had my hands pretty full today with a baby who didn’t want to nap and so I didn’t get to eat until 2:30pm.

But this killer smoked salmon and white cheddar sandwich was worth the wait! On a thick slab of Cville Crunch. 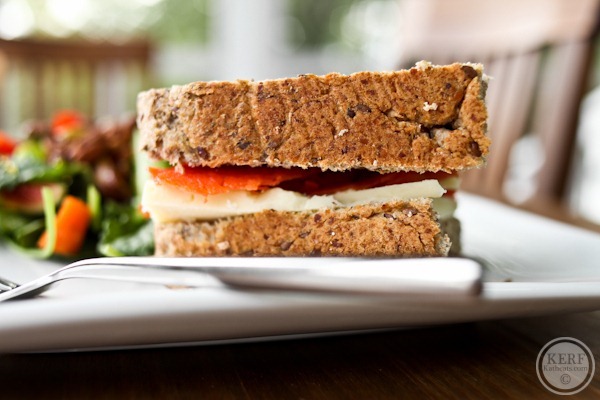 Served with a side salad – topped with those pekanz! Plus veggies, a green tomato, figs and olive oil/honey drizzle. 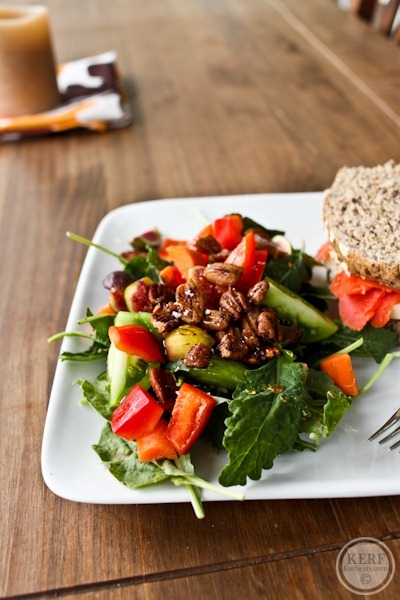 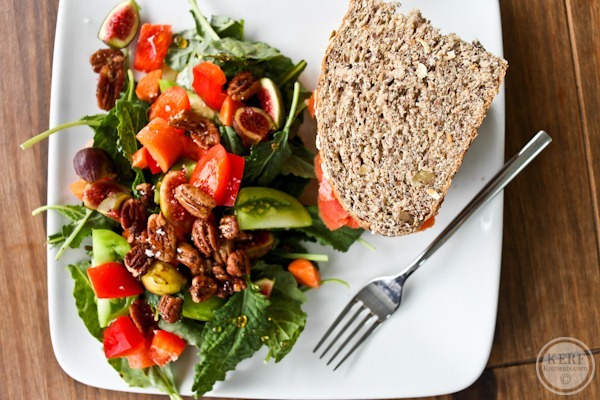 We went for a walk in the afternoon – had to get outta the house! A good 45 minutes or so of sweaty baby wearing. 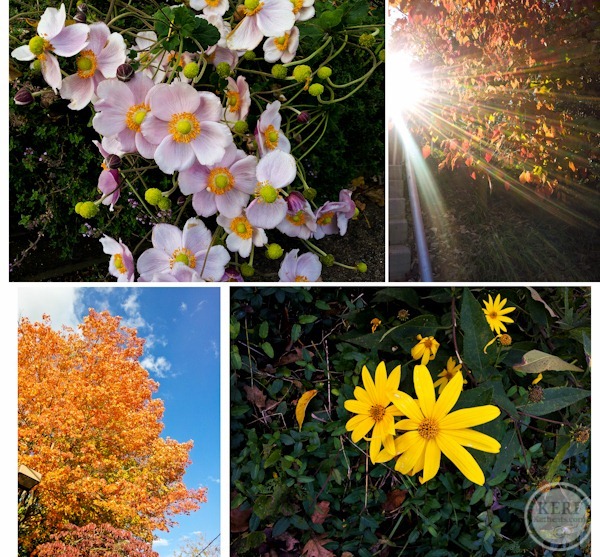 Because someone didn’t want to get in his stroller! 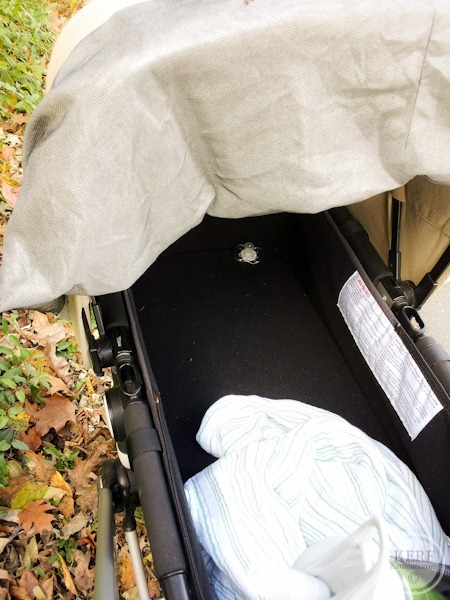 Maze couldn’t wait for dinnertime because Auntie Hillary came over for a visit!! 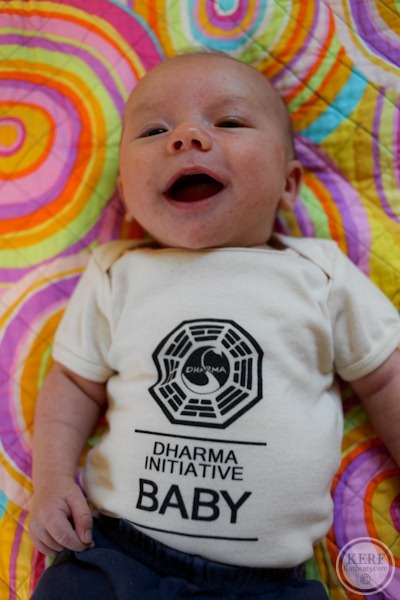 He LOVED watching LOST with her last winter when he was just a little peanut inside of me. He says he remembers the plot because he could hear from inside of me, but he would still like to watch it live someday when he’s older. 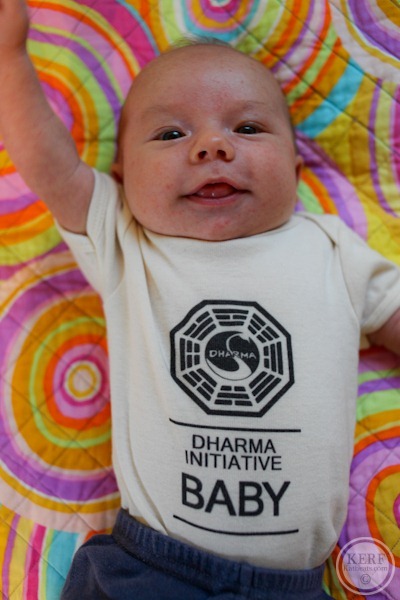 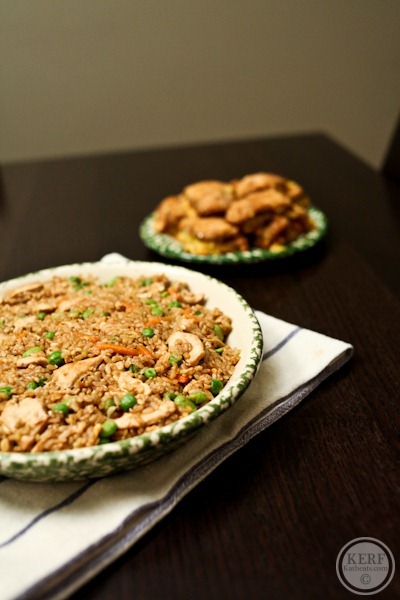 Matt and I chowed down! 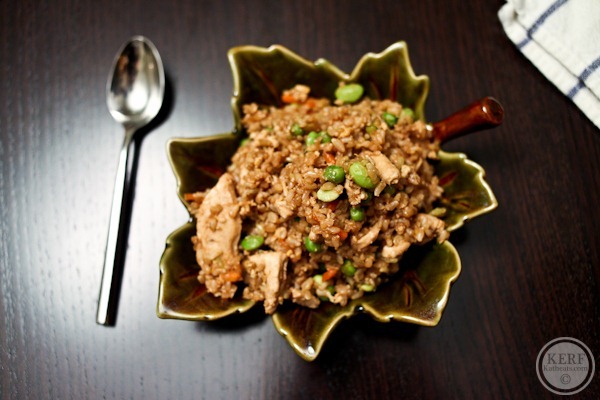 But the best part were the pumpkin bars she brought 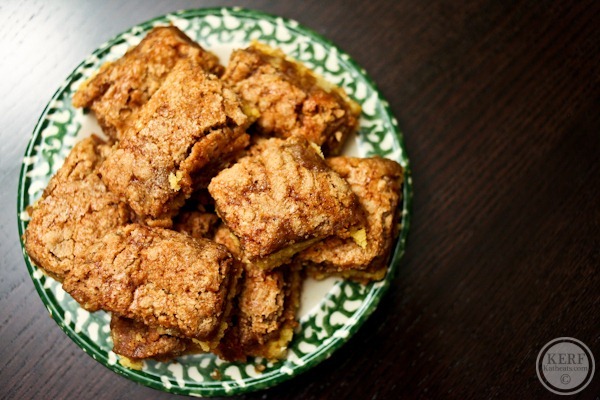 They were still warm from the ovennnnnnnn!!!! My only complaint: she cut them so small that I had to have two! We saved a few more out and I froze a couple more to have on a fun boring night!

Hillary says she’ll share the recipes in the comments later tonight or tomorrow – she has them both to share. 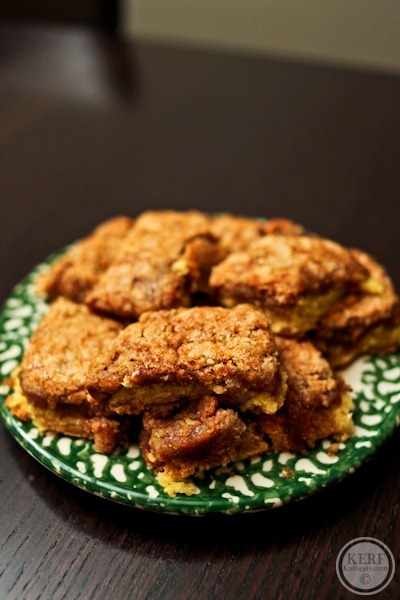 The second best part of this dinner? Our kitchen was spotless at the end of eating. 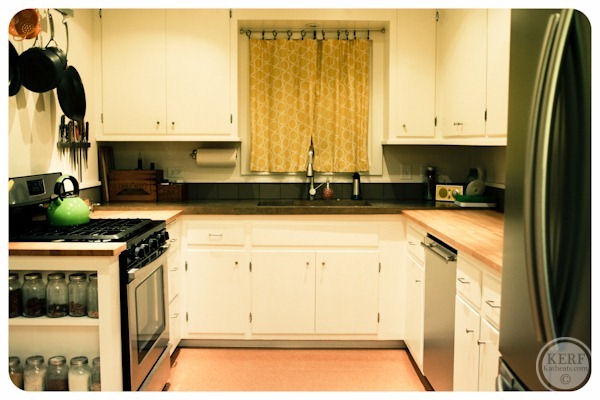