Last night when we arrived at Brixx, Dad said he had a coupon. 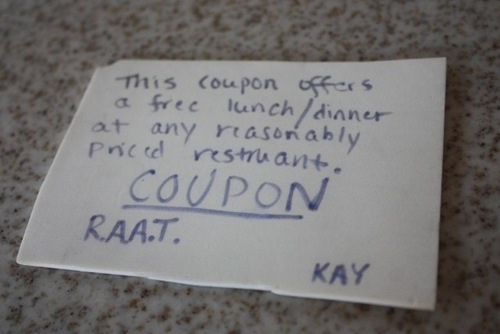 Written on foam – a birthday gift from me of yesteryear 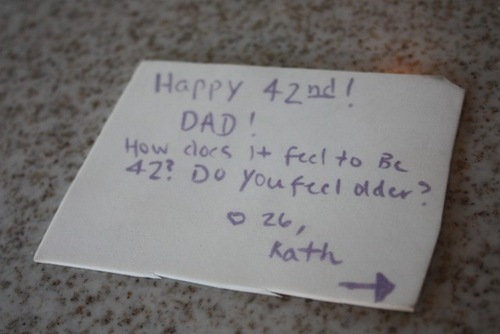 Guess I should have written an expiration on the coupon!

Same with this one he has also been carrying around in his wallet! 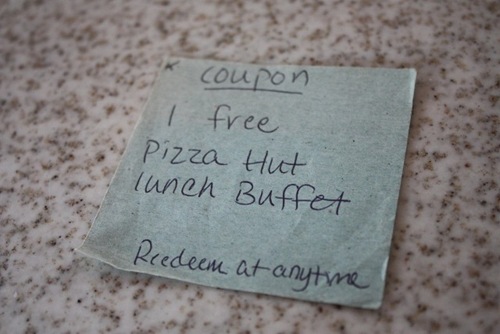 And while they were going through my grandmother’s things after she passed away, they found this prescribed diet for my dad from 1959. We think they were trying to get him to gain weight. Veal and meat broth for lunch anyone!? And dessert with every meal! 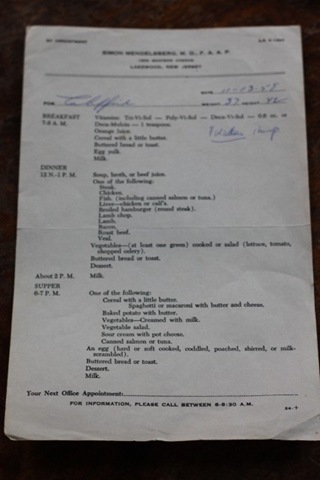 I didn’t sleep very well last night. No air conditioning (you know where I get it from!) and a scary thunderstorm kept me up 🙁

Mom requested oats, so I’m up to cook ’em 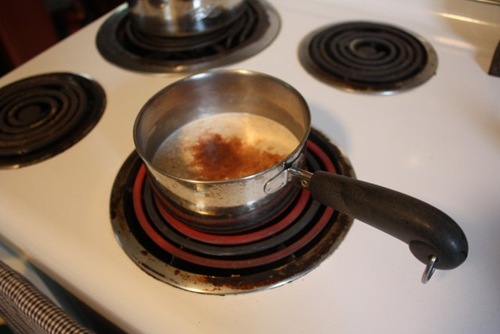 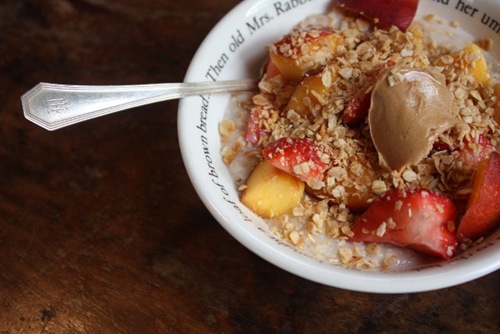 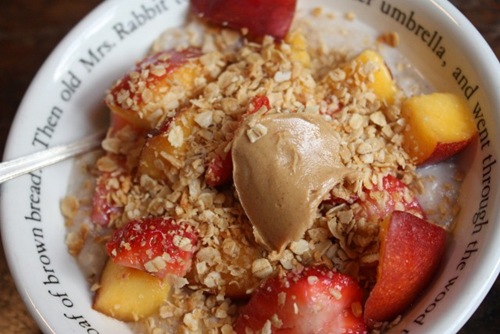 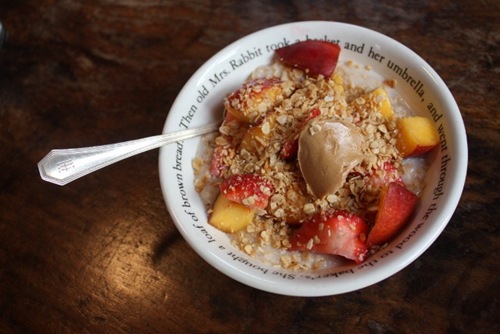 With some hot tea [getting coffee at the airport!] 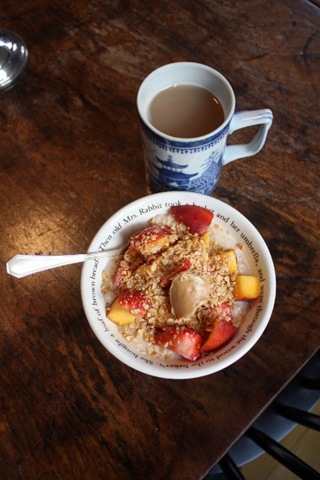 I had an audience! 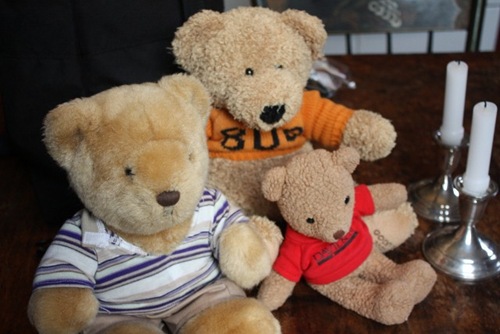 Who let the cat out – woof woof woof. 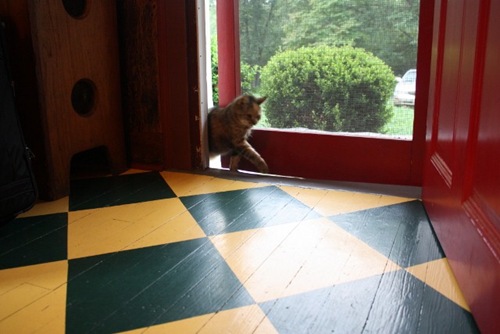 While I’m in the sky today, you should know that ALL of OpenSky has free shipping until August 9!!