As much as getting up at 5am to workout is tough, going at 11am is tougher!! Gosh I am not motivated to workout mid-day. Butttt….I still went, and am happy I did. I was feeling really empty before I left and decided to heat up a frozen flax and nut muffin before I went – 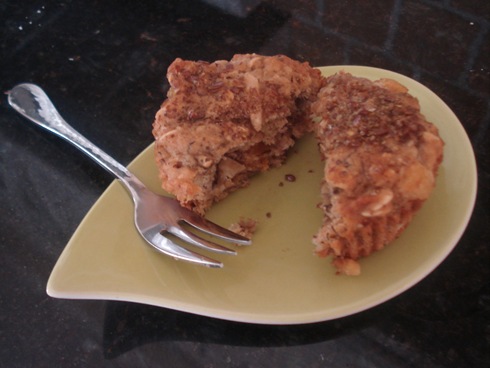 I biked to the Y (under threatening skies), did 35 mins on the ET , followed by the quickest round of resistance band lifting ever (I was NOT in the mood and cut it short), and biked home. Physically, a pretty good workout. Mentally, not so much!

We are completely out of good lunch foods – no bread, deli meat, salad ingredients, good fruits, etc. I decided to use up whatever veggies I could scavenge from our vegetable drawer and actually found two things I forgot about not having opened the drawer in a day or so: eggplant and broccoli ! I feel like we’ve been eating too few types of veggies lately, so I bought this broccoli the last time I went shopping and promptly forgot about it! I ended up creating a stir-fry dish in our wok – 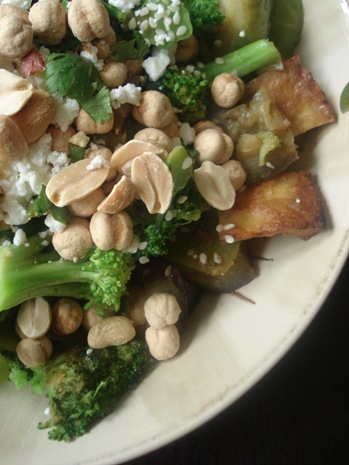 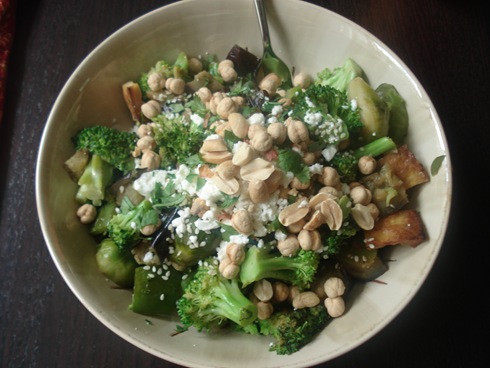 I added a toasted bun half on the side with a small spread of AB (I wanted PB to round out the peanut theme but we were all out!) 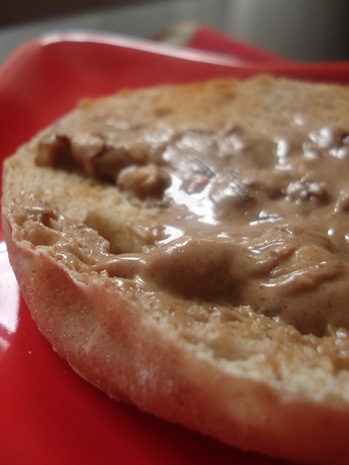 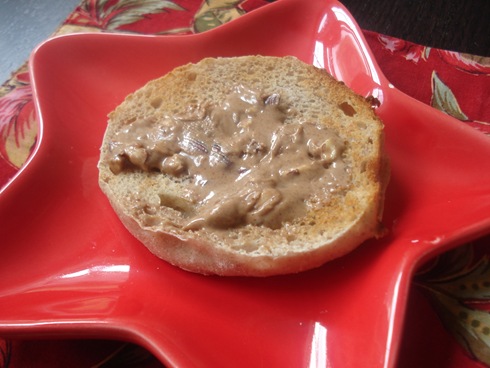 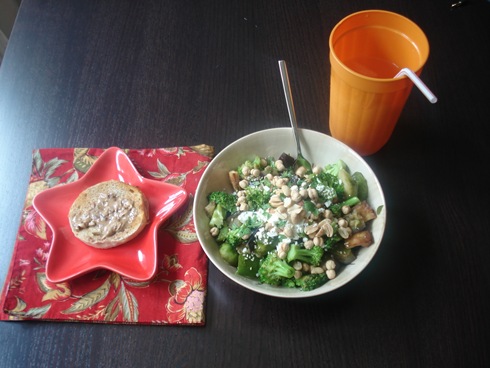 I guess I never gave the background on the Current project. They are doing a short profile piece on KERF for the web portion of the company on "what does it take to be a food blogger" as a day-in-the-life type angle. (This is my understanding). A local Charlotte production crew is coming tomorrow at 8am to film the husband and me all day – including a dinner party we’re hosting for our new friends to make it more interesting!! I hear there’s a chance the piece on KERF will be incorporated into a longer piece on food blogs or blogging in general for the television portion of Current, but again, I don’t really know. It’s exciting though! Here’s the scoop on Current from its website:

Since its inception in 2005, Emmy award-winning Current TV has been the world’s leading peer-to-peer news and information network. Current is the only 24/7 cable and satellite television network and Internet site produced and programmed in collaboration with its audience. Current connects young adults with what is going on in their world, from their perspective, in their own voices.

With the launch of Current.com, the first fully integrated web and TV platform users can participate in shaping an ongoing stream of news and information that is compelling, authentic and relevant to them.