I got a lot done today, but unfortunately it was all around the house and little studying. Guess that means another marathon Sunday is coming up. I definitely got workout #2 while cleaning all the floors in the house. It took me well over an hour!

Today’s lunch was too much fiber – my gut was rumbling all afternoon and I did not even think about eating. My stomach still wasn’t totally ready for dinner, but the husband was, and I could tell I was hungry but the bolus of vegetables was covering it up, so we cooked around 7:30. I had a smaller portion than I might normally have had, but it was the perfect amount for tonight.

The husband and I chatted over Friday night cocktails. Mine was a diet tonic with lime + cherry + a splash of cherry juice. 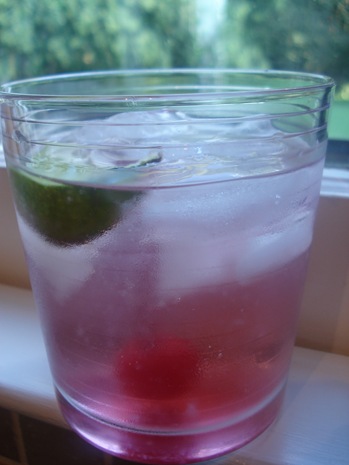 Dinner was gumbo (defined as so because of the presence of okra, shrimp and rice, which I know it’s classic). We’re making an effort to use up some pantry foods, so a frozen chicken sausage and frozen shrimp went into the pot. 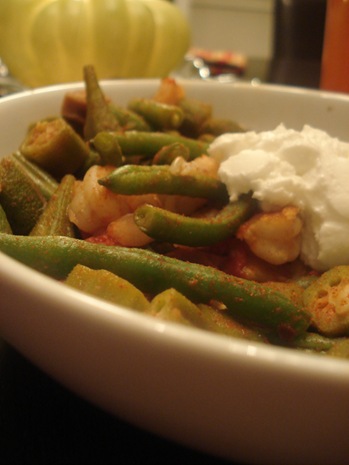 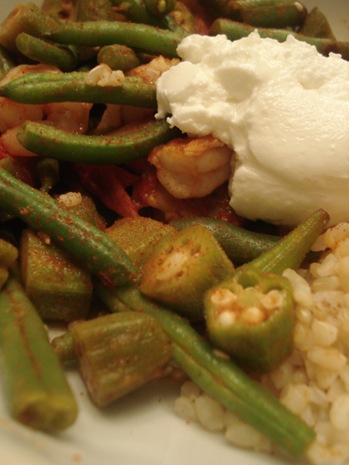 An okra cross section. Okra comes in long pods and we cut them across into bite-sized pieces.  You can see there are these little white balls in there that used to totally gross me out when they served fried okra in my elementary school. But then I grew up

this !
I just love the chew of okra – it’s not chewy in a broccoli way – I can’t even describe it. I’d say the chew is closet to brussels sprouts, but the flavor kind of like a mild green bean?? 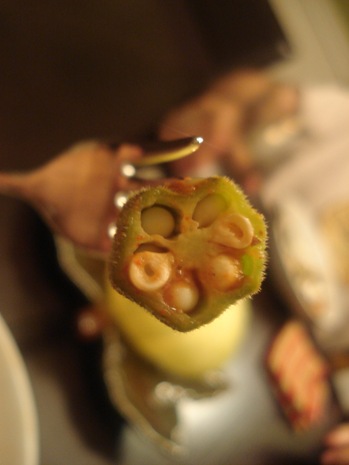 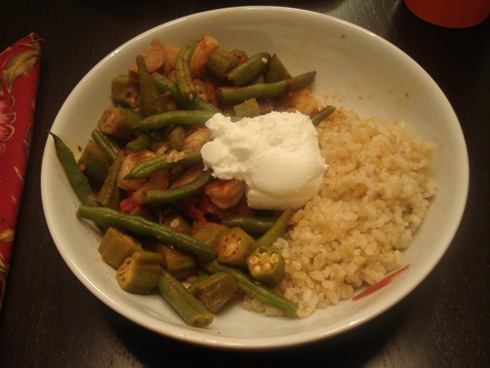 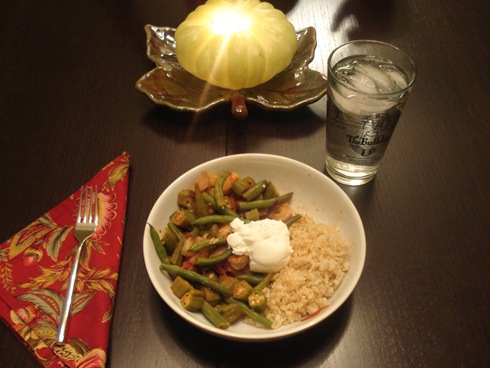 Then I started my evening project: mini cupcakes!! 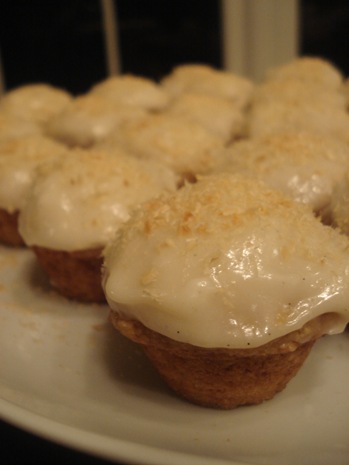 I saved Happy Herbivore’s recipe for Coconut Cupcakes a while back and have been looking for a reason to make them. Tomorrow’s dinner party seemed appropriate since I could make them in advance (I almost made a silken tofu chocolate pudding but decided to save that for next time because these looked too good.) I pretty much followed the recipe exactly, except I made mini-cupcakes instead. And the icing was just a “throw in the bowl” experiment – I wanted it thicker and more like buttercream. Although the final result is quite thick and nice, I decided that my next baking project will involve real BUTTER. I just love thick buttery frostings 🙂

Since I was baking for company, licking was prohibited. But I did get a beater when I was finished! 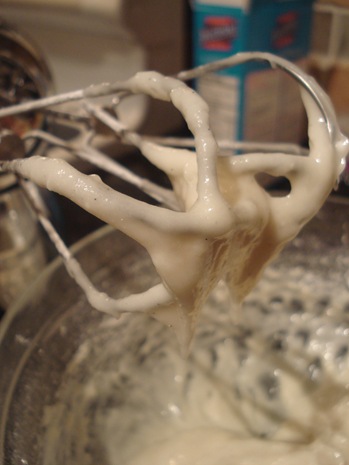 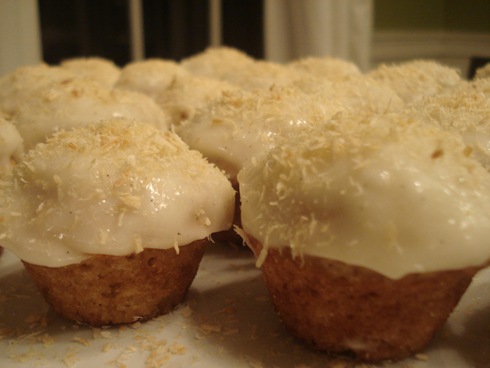 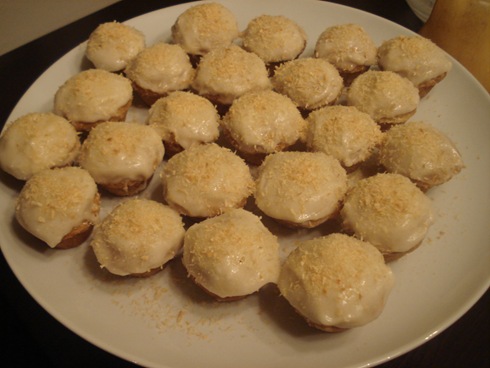 And just to be sure they were safe for our friends to eat, I tried one 8) It was actually more muffin-like than cupcake-like, most likely because it was on the tougher side from the WW pastry flour (I was careful not to overmix my batter!) But the icing made them awesome. The coconut flavors carried throughout really came together. 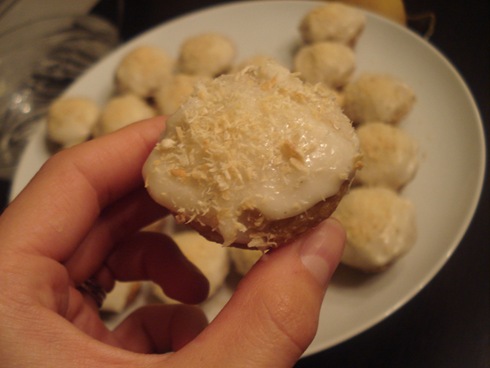 We’ve got an early morning tomorrow – better get my beauty rest!