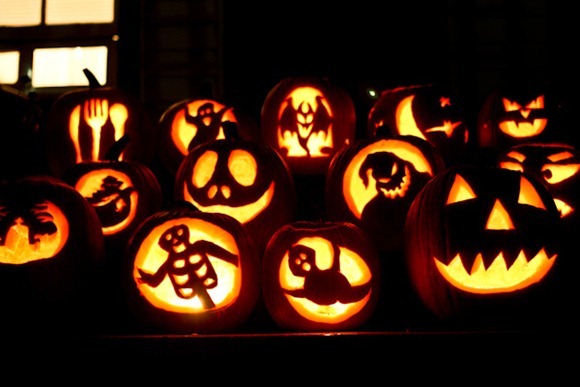 Tonight we went to a pumpkin carving party at a new friends’ house – who just happens to live a few blocks from us!

Best way to transport a humongous pumpkin 2 blocks? In a sling bag, baby-style! If I had had a stroller, I might have used that instead! 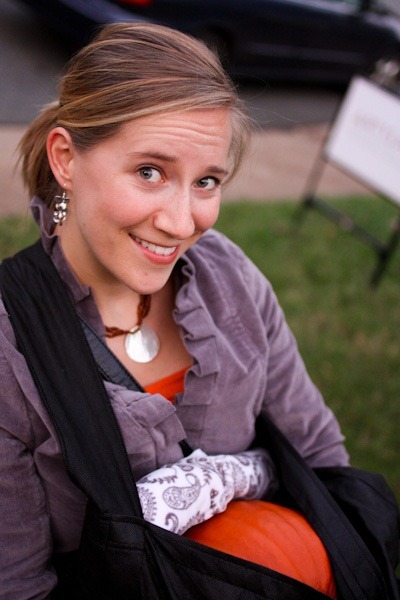 There were pumpkins being carved all over the place! 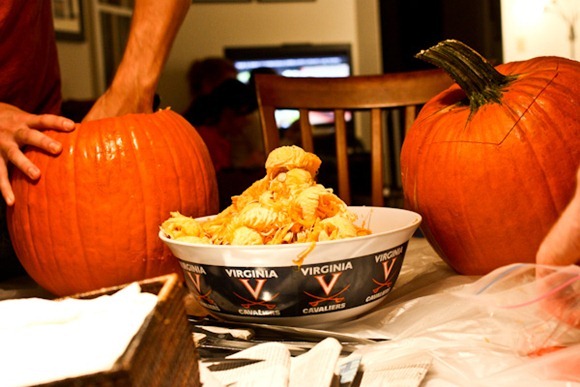 Slap bracelets made for festive favors! 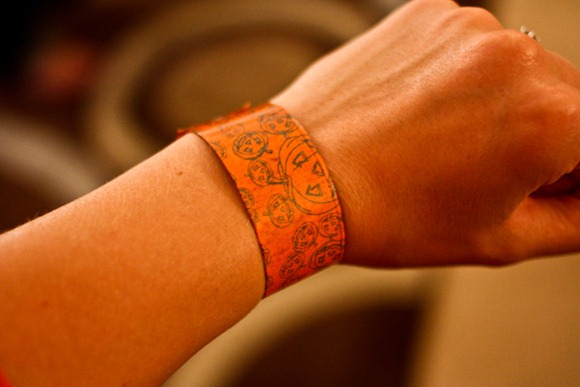 And a wonderful buffet of food from homemade BBQ to salad and slaw, sweet potato fries, baked beans, mac and cheese. 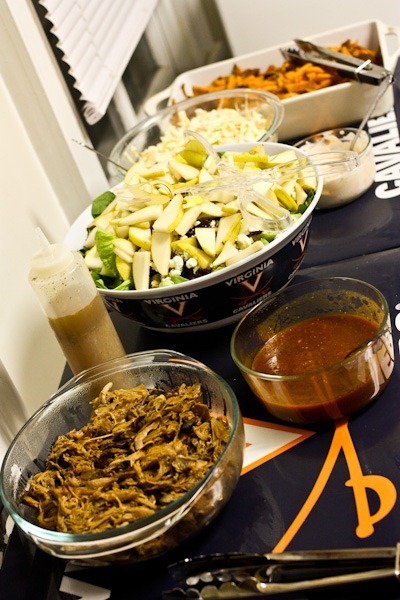 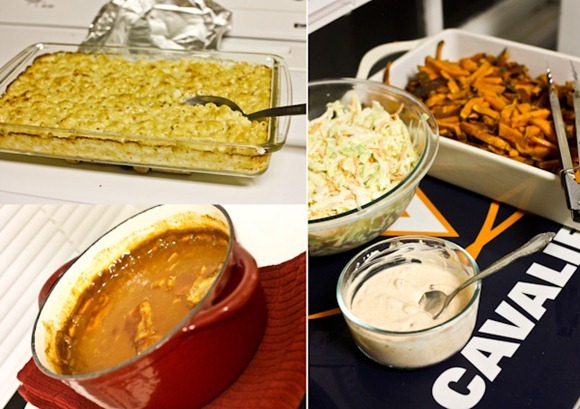 Thanks to Kara and her sous chefs for cooking us dinner tonight! 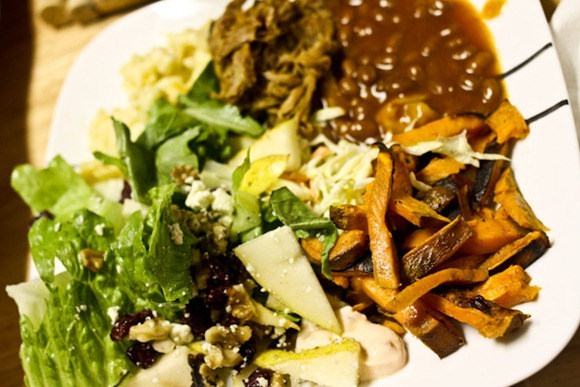 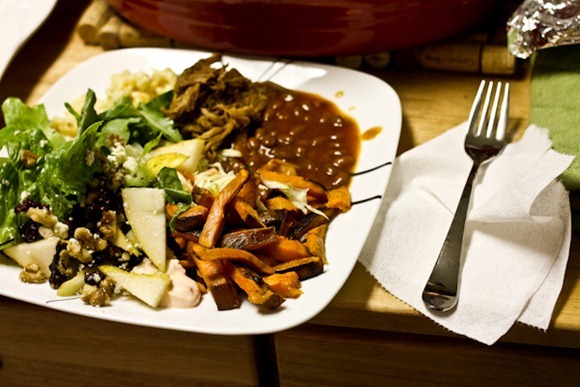 There were also 1,000 pumpkin beers in da house 😉 Including our home brew. I had a little of that guy. 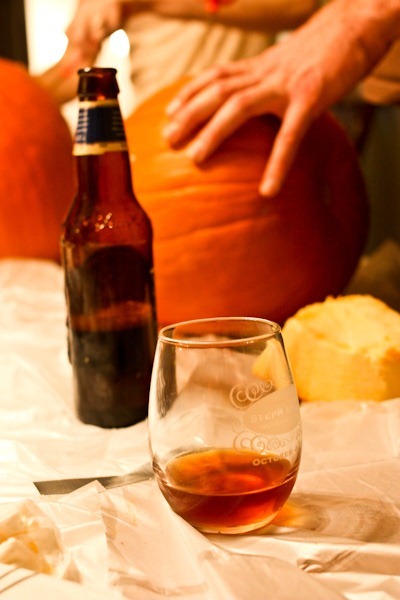 Plus some homemade ice cream. I am sad I did not get to try a cupcake, but the crisp was awesome. 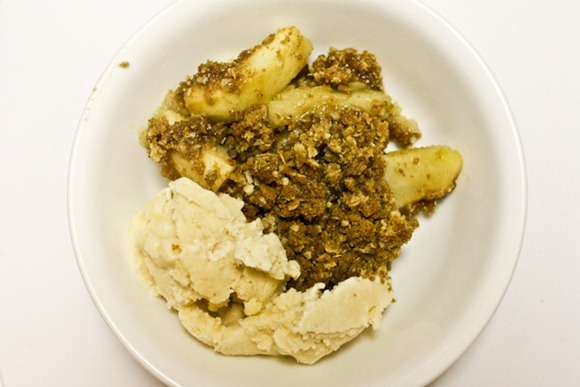 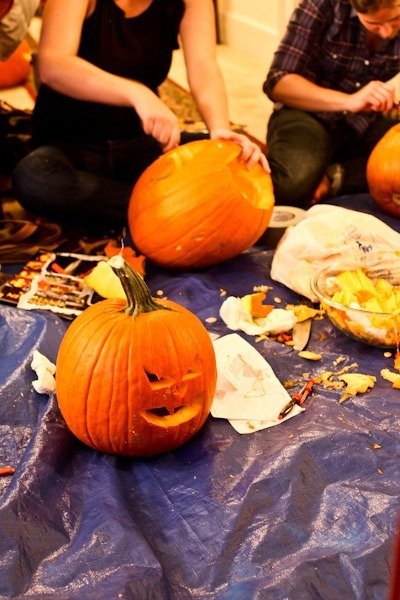 Matt did the scooping and tracing, and I did the carving 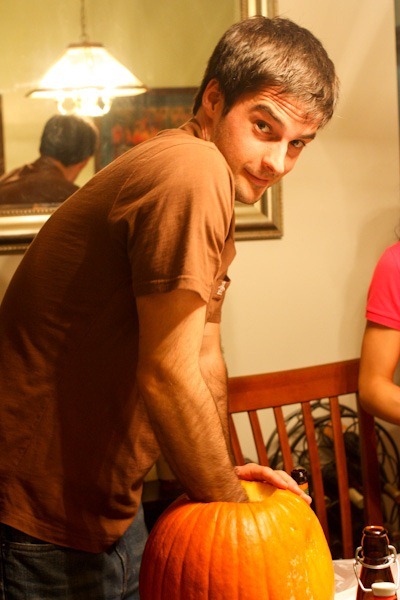 After a few buckets of pumpkin goop, we had a hollow army!! I couldn’t believe some of the talents of some of the pumpkins – and how beautiful they were lit up!

Can you guess which is mine? 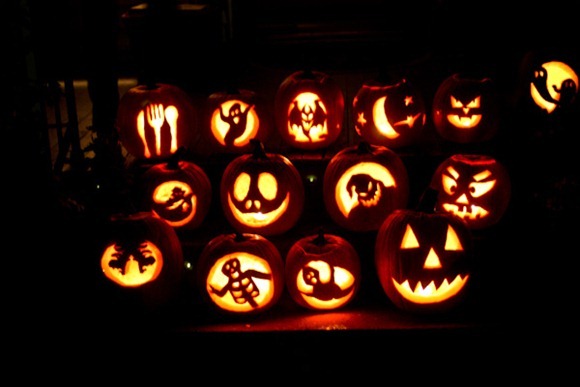 I always tend to go simple + non-traditional. Last year it was Pumpkin Pi and the year before that, a toothy grin.

This year I did a fork, knife and spoon! Go food blogger, go! 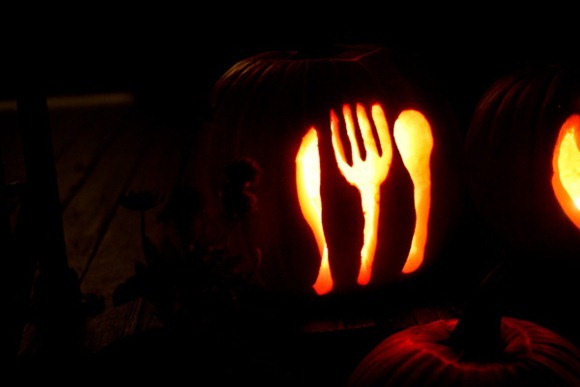 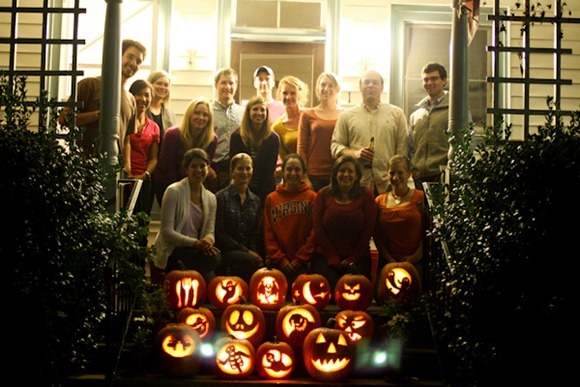