You are here: Home / Lifestyle / Oatpetite

I woke up this morning with the thought of going straight to the gym. Since I have an early lunch date, I felt like I could be more productive if I worked out first, studied second. It’s funny that I used to be the Queen Of 5am Exercise and now I’ve migrated to going mid-morning instead. At the gym today I did an easy 45 minutes on the ET, followed by 5 of upper body lifting. I felt lazy with the lifting and cut it short. Blah. I reasoned that I was going to go home and do 20 minutes of yoga, but that didn’t happen

this !
Oatmeal was too enticing! I got my oatpetite back!

Especially because I had this bad boy waiting for me on the counter!! A Morning Glory muffin! 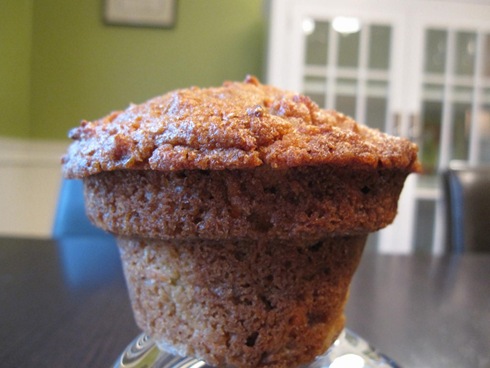 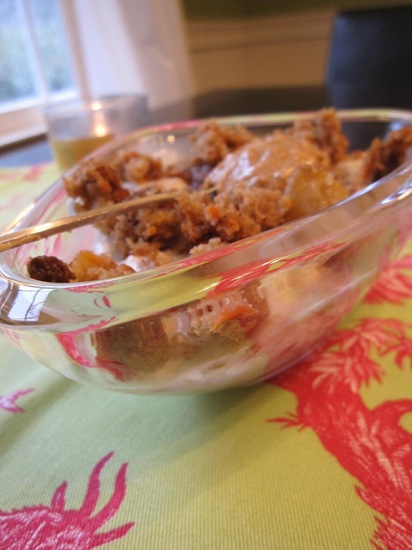 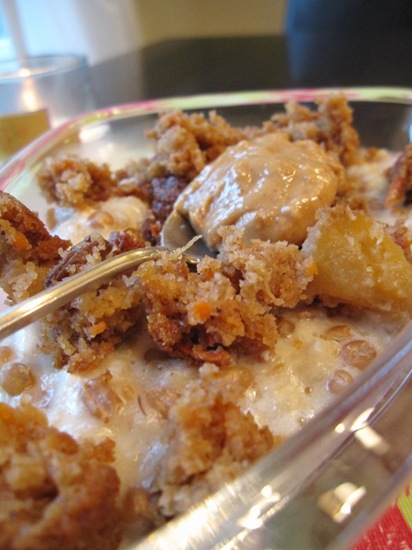 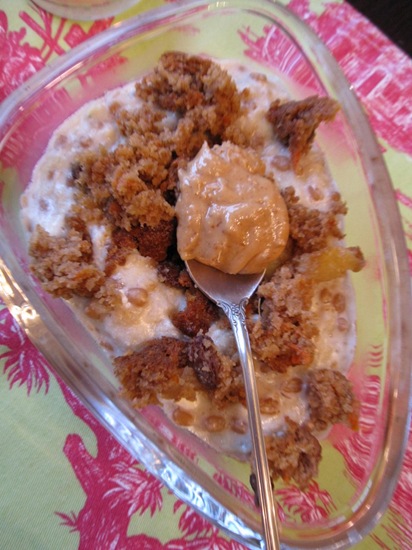 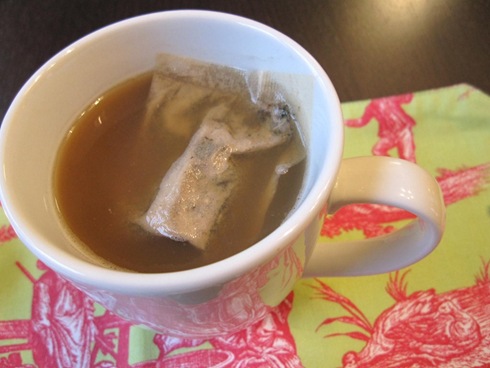 Here’s some more informatoin on flavonoids from the Lipton Institute of Tea:

The traditional tea beverage is characterized by a high content of polyphenols called
flavonoids, with levels for a 235 ml cup of black tea of 140 to 300 mg of total flavonoids dependent on the brewtime and tea origin.

Polyphenols are often classified into two major groups – flavonoids and non-flavonoids. Six groups of flavonoids have been identified on the basis of structure similarities. Flavonoids are present in fruits, vegetables and beverages such as tea, grape juice and red wine. Over 4,000 different flavonoids have been identified. In vitro studies have demonstrated that tea flavonoids possess strong antioxidant and metal chelating properties and may therefore protect cells and tissues against reactive oxygen species (ROS) and reactive nitrogen species (RNS). In addition, lavonoids may also possess non-antioxidant properties which have been associated with various health benefits.

During the meeting of the American Dietetic Association in May 2005, tea was identified as the most significant ource of flavonoids in the US diet. The Michigan State University estimated a total of 24 flavonoid compounds ithin the US diet and found the major flavonoids to be, in descending order, flavanols, flavonols, flavones, anthocyanins and isoflavones. Tea, which is rich in flavanols, was identified as the most significant source of lavonoids, accounting for 55% of the daily intake (74 mg of the 134 mg daily flavonoid intake).

Tea is a significant source of fluoride in the diet and even more when tea is made with fluoridated water. The tea fluoride contribution has been associated with better dental health. In addition to the fluoride effect, some in vitro studies have demonstrated tea flavonoids to possess antibacterial properties and the ability to inhibit human salivary amylase, resulting in a reduction of carcinogenic potential of starch containing foods. 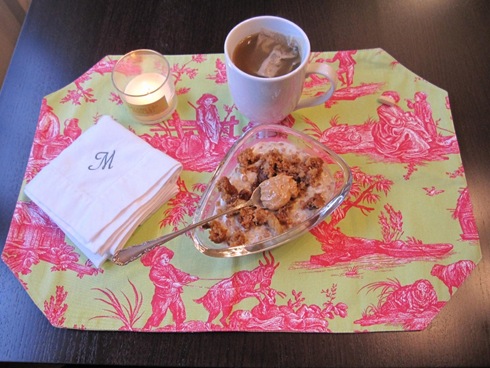 So much for getting a head start on the day – it’s 10am and I have yet to do any studying!