You are here: Home / Lifestyle / Nuked.

I didn’t set my alarm last night so I woke up with the sunrise – at 6:30. It was nice to wake up gently.

I changed the sheets, put some laundry in and decided I was ready for breakfast – microwave style 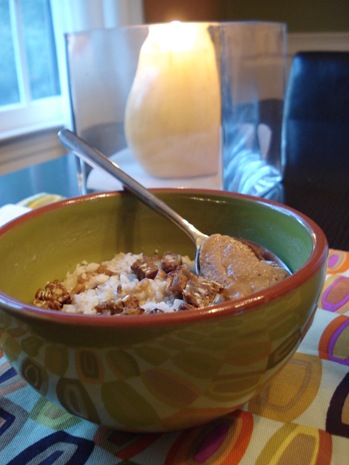 The result: Taste-wise the oats were the same as normal, but texture and temperature-wise, they were not. However, as they cooled, they changed texture to my normal thick and creamy style.

Technique: My technique today was to slow-cook them on medium power rather than hit ’em with high heat for 2-3 minutes. So I did a total of 8 minutes on power level 5 with stir breaks after 3, 2, 2 and 1 minute. When they came out they were piping hot (which doesn’t happen on the stove – they are perfectly warmed/hot on the stove) and they were……..mucusy. Despite the milk and banana. BUT, as they cooled, the mucusiness went away and they cooled and all was well. (You might think I am overanalyzing this, but since I love cooking oatmeal, I feel I have the right to overanalyze a new technique.)

Right out of the microwave texture – cooked, but gel-y. (I didn’t snap one of the texture as I worked through and they cooled). I am sure a food scientist could explain the starch/gelatinization process better than I can. 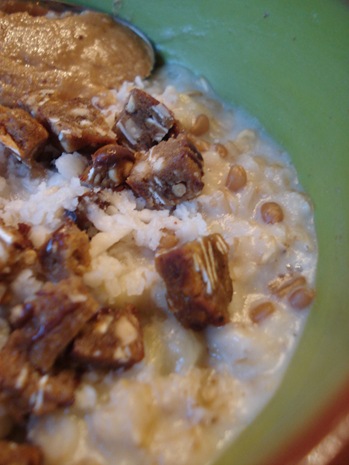 Toppings: Coconut butter, 1/3 a peanut butter Z-bar (nice as a topping!!), and a spoonful of Smuckers Natural 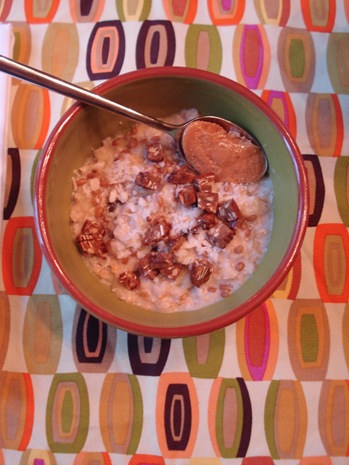 The Conclusion: I still stand by my declaration that nothing can top stove-top oatmeal. But these oats were 90% as good. However, it took me just as long to make them due to the slow-cook process – the only difference was not cleaning the pot, which I will admit was nice to get to skip! 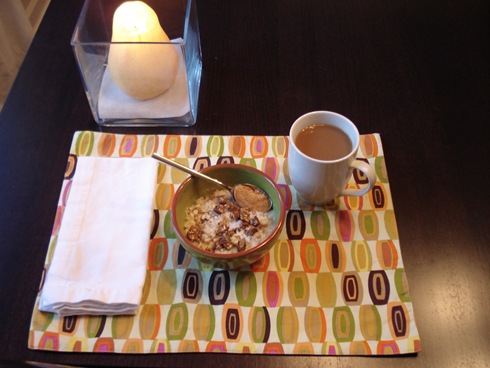 Not only was I without a stove this morning… 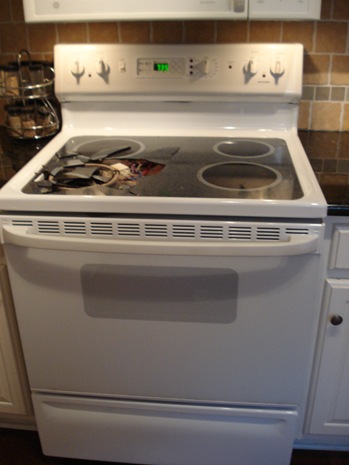 But I was also without a dishwasher because the brewer has claimed it for his beer bottling later in the day. I promise he will do a home brew post on his beer making soon! 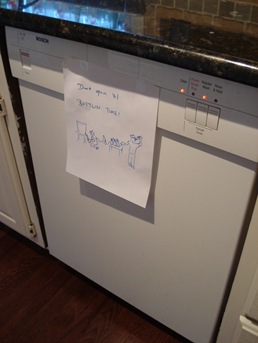 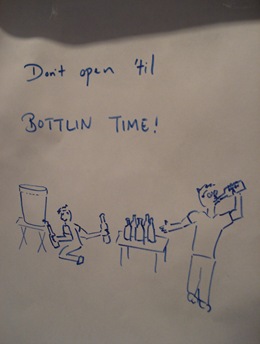 I took Laura up on her bar exchange – they arrived yesterday with some nice coupons!!! Thanks Laura!! I am sending her some excess LaraBars soon 🙂 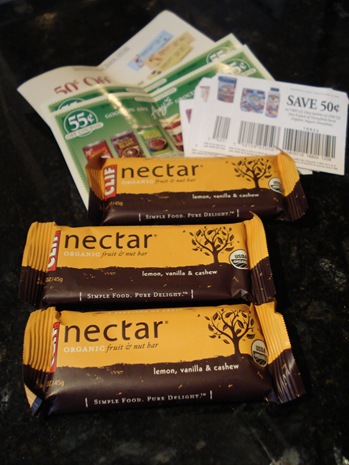 Today is ALL DAY ORGANIC STUDYING! With a run and perhaps some pilates on DVD mixed in 🙂 I am meeting classmates at the Charlotte library after lunch.