I had a nice afternoon at the second health dept location. Worked on a handout on good choices in the grocery store as my first assignment and will be doing a big presentation on why whole foods are better than frankenfoods at the end.

Afternoon trail mix snack!!! Held me over well because I took a long time to eat it. 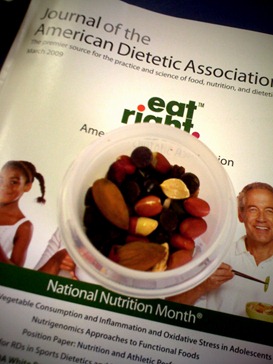 I came home in such a happy mood due to my shorter 19-minute commute.

And that’s when the night went downhill.

I got a headache.

And then there was a giant roach on the ceiling of the kitchen.

Matt went to get it down and when reaching to pick it up with a paper towel, it disappeared. Matt actually took off all of his clothes because he thought the roach MUST have crawled inside.

Two hours later we have no idea where it went.

You see, I am TERRIBLY CLAUSTROPHOBIC and since we had no idea where the roach went, he was everywhere. Crawling on me. In drawers. Peeking out of edges. I literally made myself sick with fright. I know I pretty much ruined the evening, but I couldn’t help it 🙁

My hero made dinner (a very complicated one). I think he felt bad for letting the sucker go.

On the menu was Dr. Kracker lasagna! 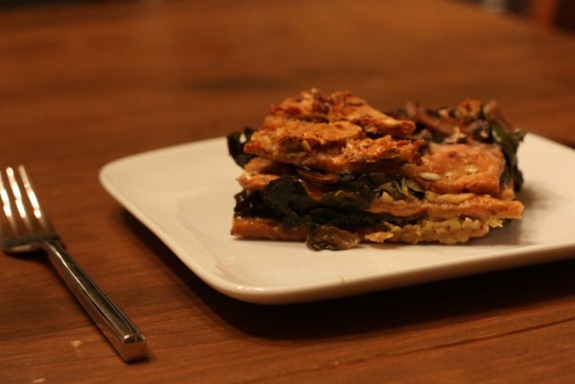 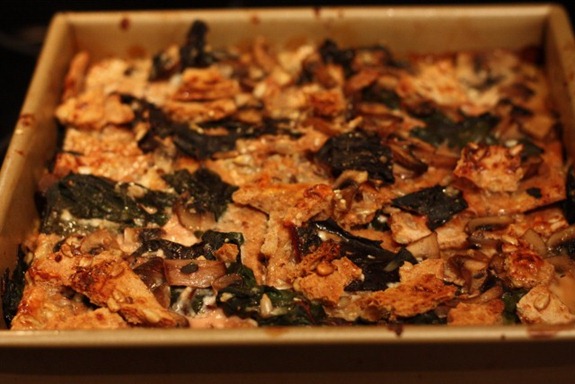 The recipe came with my shipment of crackers to review and I knew I wanted to make it!! Layers of crackers instead of noodles with mushrooms and greens and cottage cheese.

Hope you can read the recipe! (Click to enlarge) 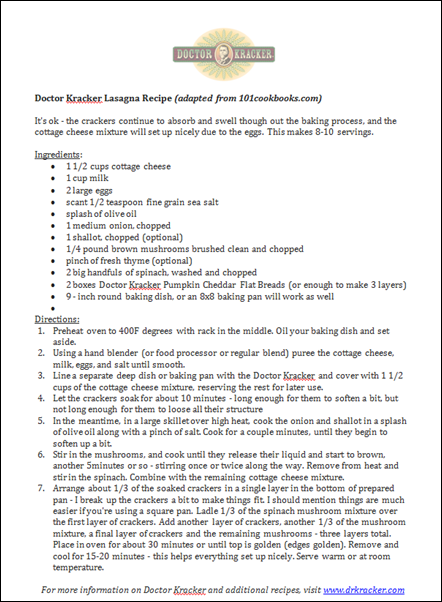 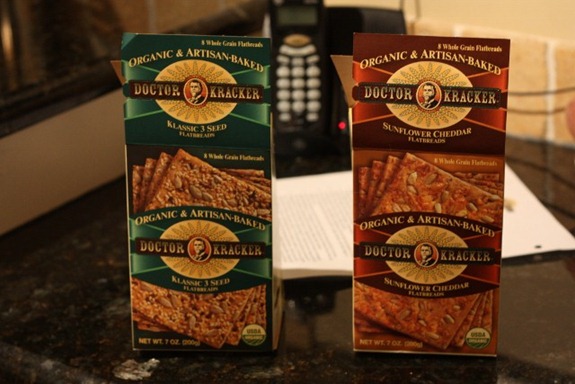 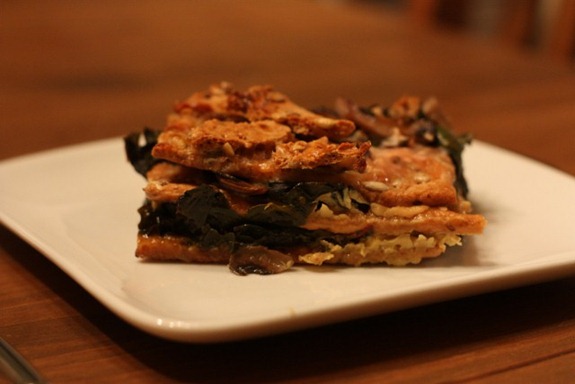 So how was the taste? It was good, but it wasn’t as good as I had counted on. I think next time I would only use one box of crackers and really amp up the fillers. This was more like 3 baked and slightly chewy crackers with a very, very thin layer of swiss chard (which we subbed for spinach) and mushrooms. And knowing that these crackers are 100 calories a piece, I knew my piece was pretty calorie-dense as well and wanted a greater ratio of cracker to veggie! The cottage cheese, milk and egg was completely absorbed. Because Dr. Krackers are really good in general, it tasted really good, but I think the recipe itself needs tweaking. And as Matt pointed out, with TWO boxes of crackers, it was quite expensive! Stick to one and fill ‘er up! 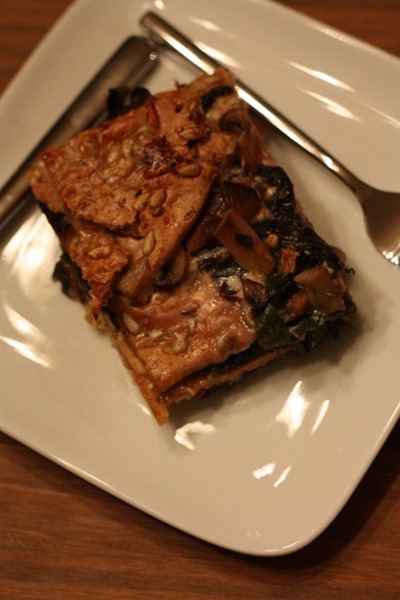 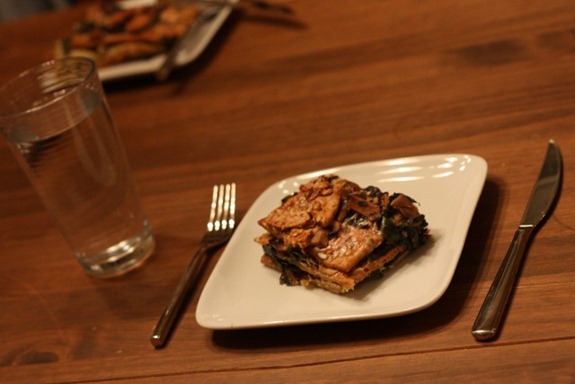 I didn’t have much of an appetite, but I had a bite of Matt’s seconds. 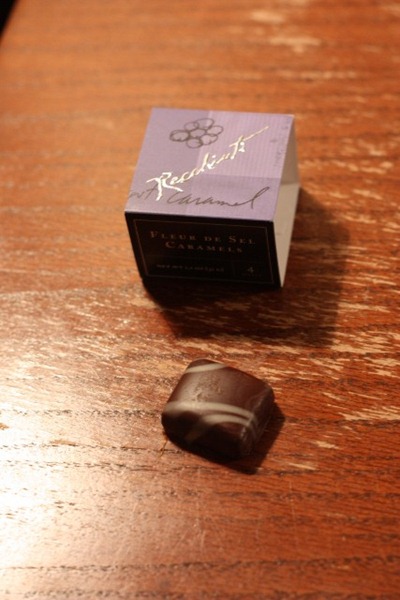 Going up to read in bed because I’m not about to spend another minute downstairs. Don’t even want to think about the morning 🙁