Tonight’s Clinical topic was eating disorders, and the class centered around the NOVA Special Dying To Be Thin. It’s a little dated, but worth watch if you have some time. I found the segments on serotonin especially interesting. Experts say that those with anorexia may have a surplus of serotonin that promotes constant anxiety and a decrease in appetite. Skipping meals helps to reduce the anxiety, thus making the person want to eat less and less. Very interesting stuff. My professor made it clear that dietitians work with eating disorder patients for nutritional support only, and counseling and treatment should come from a psychologist and doctor team.

She brought us popcorn to enjoy with the movie 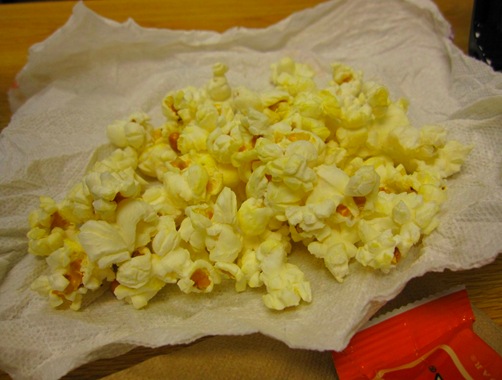 I had originally planned these snacks, but I ditched the LaraBar in favor of the popcorn. I got the pear at EarthFare this afternoon. Lauri and I walked for about an hour in the sunshine. It was a delicious pear! 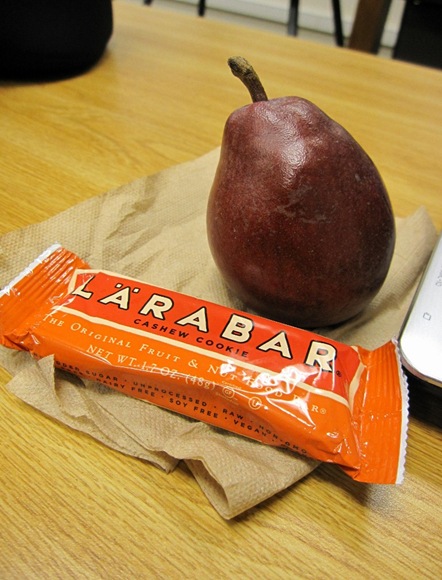 I drove home alone because Kelsey was under the weather today

And on the interstate I hit a DEER CARCUS! Ewwwwwwwww. I really hope its guts are not under my car because when I slowed down to a stoplight I could smell animal smell…

Despite the fact that I wasn’t that hungry from my ample snacks, I am still a ravenous person when I get home from class on Wednesday nights. I made this quick dinner and had a small piece of bread straight from the bag for an appetizer.

I got this from Trader Joe’s with high hopes, but it was a little on the canned soup flavor/oniony side. I probably won’t get it again. Pacific Soups rock! 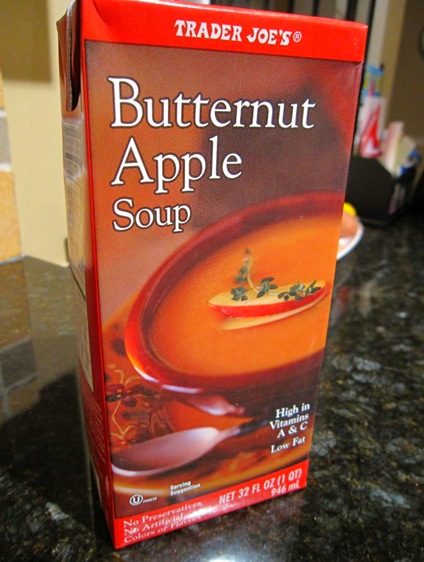 With about a cup and a half of kale, ~2 tbsp leftover chickpeas and a few peanuts. And cinnamon! 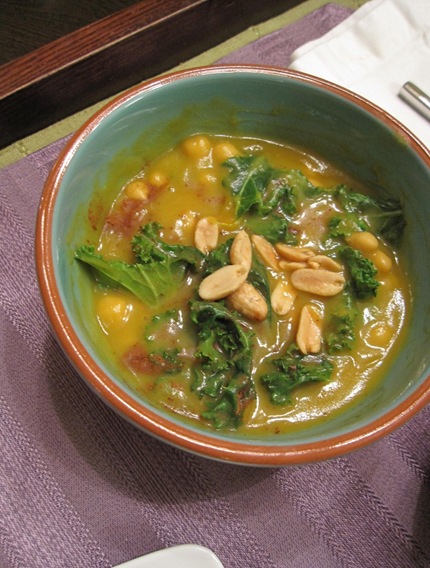 And the highlight: Kelsey’s Pimento Cheese on High Five bread!! Although it was great melted the other day, I really liked it chunky tonight. It’s got a better texture. LOVE this PC!! This is going into my regular rotation of delicious things to have on hand. 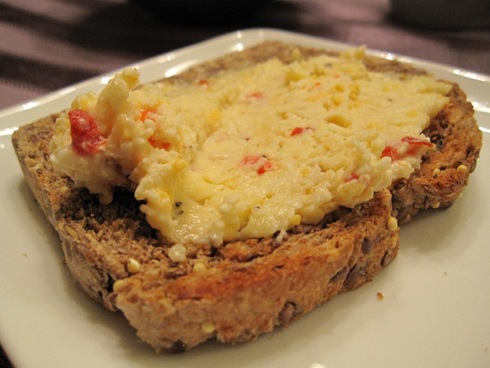 In typical Wednesday night fashion, I dined on a tray while watching House Hunters. 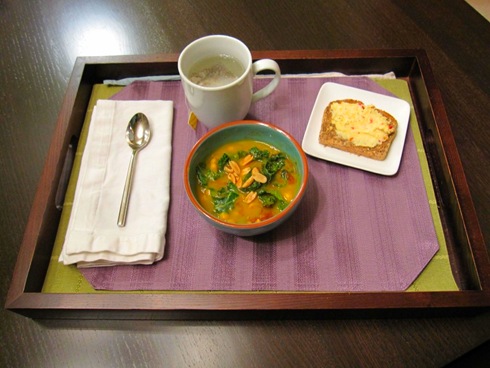 I’m zonk tired from last night, so off to the pillows!