Part of my resolution to focus more means to live in the moment. All too often I choose to do or not do something based on the future. I pretty much live in the future, planning life around showers, meals, workouts, appointments. I’m aiming to be more flexible and more laid back. 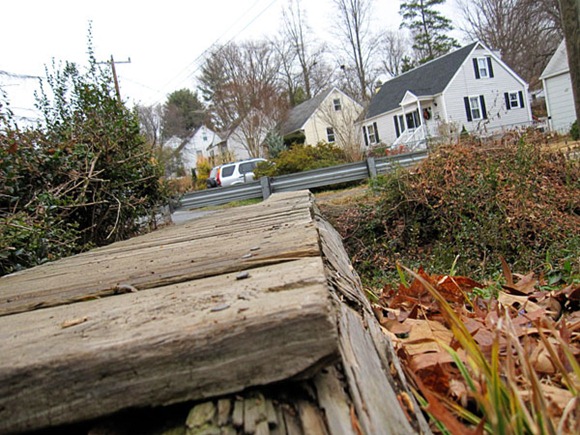 Faith invited me over for a walk and some yoga today. I jogged about a mile to her house. I actually started out walking but I realized jogging would get me there more quickly, so I jogged. Funny how I was really running for transportation and not fitness! 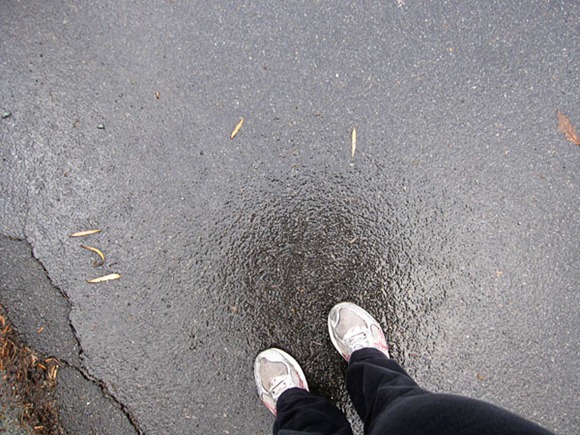 After talking on our yoga mats for a while, we settled into a 75 minute Dave Farmar podcast. So proud of us for sticking through to the end! I think having a partner really helped with the accountability. Other than crashing down out of crow and a few bursts of laughter from the two of us, it was a great practice. I SO needed some yoga.

My walk/run home was not as fun – it had started to RAIN! I checked the doppler and saw it was just a passing shower and while Faith offered to drive me home, I decided 1 mile in the rain was not a reason to crank up an engine. So I borrowed an umbrella from Faith and set out. 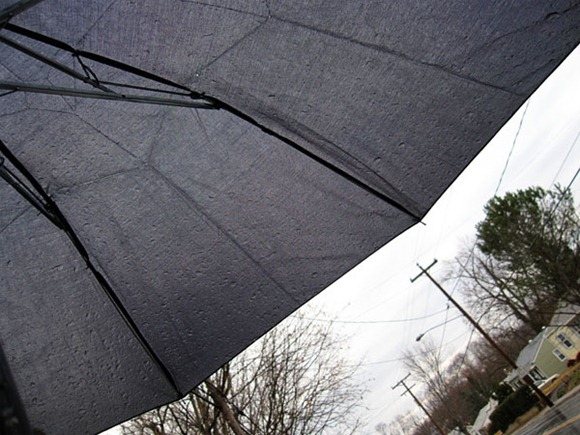 SO glad I walked. 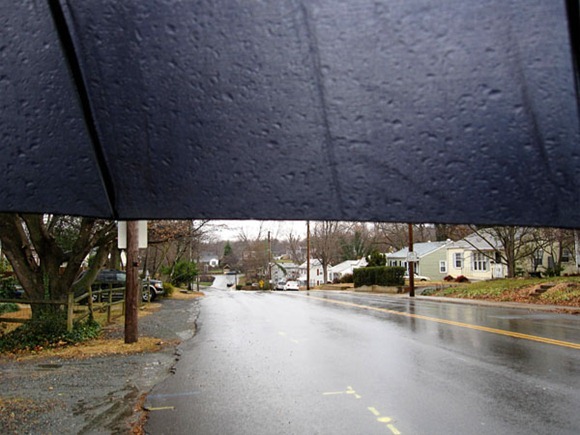 The sun even started to poke through on my final hill home! 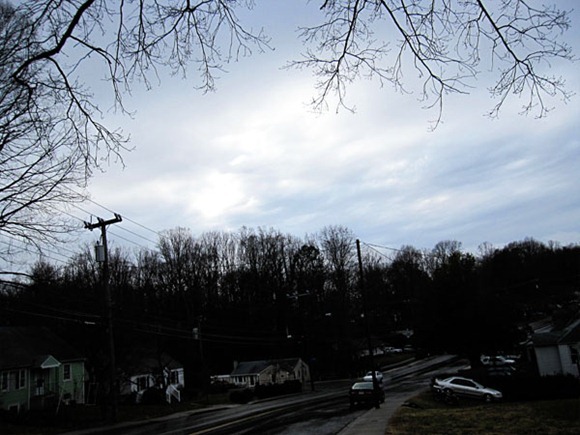 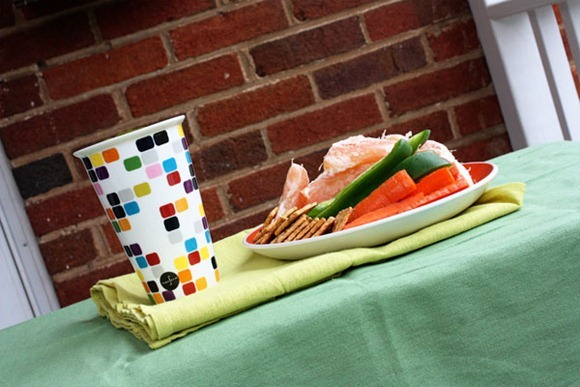 I have been craving a smoothie since I explained a green smoothie to Karen last night. Matt vetoed one for breakfast, so I made one for lunch. [Yes, we can have different breakfasts but it’s just easier if we have the same thing.] 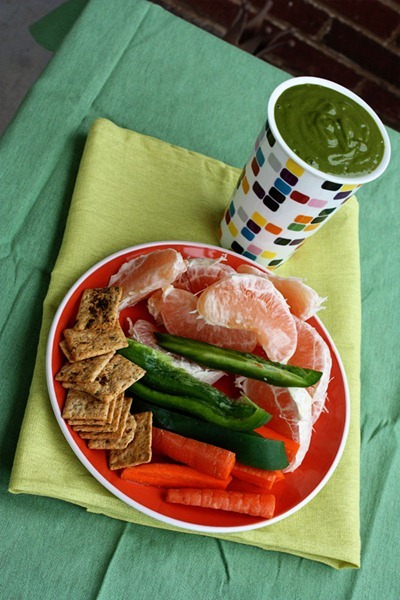 This smoothie was one of the best I’ve made in ages!! I used ~1 cup of drinkable yogurt instead of milk plus a small banana, lots of spinach, a touch of Vega chocolate powder (KEY!), a half cup of pumpkin with a sprinkle of cinnamon. It was so thick and rich! 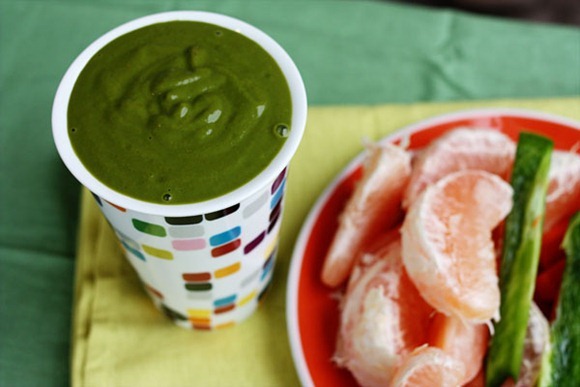 On the side a big tasting plate 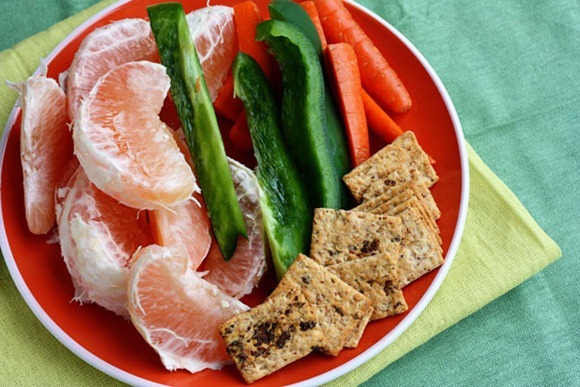 Some Kashi crackers that I stoke from Karen’s grocery delivery (!!) with veggies. 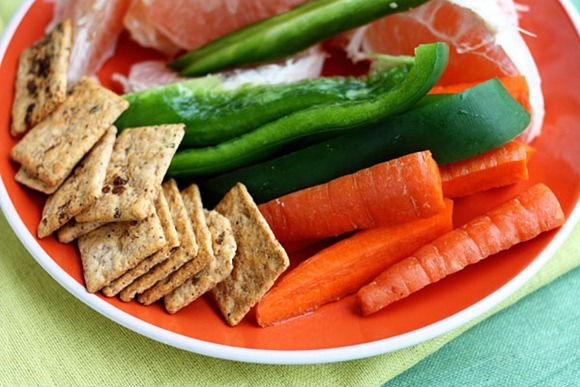 And a big ole grapefruit. I am loving them lately! 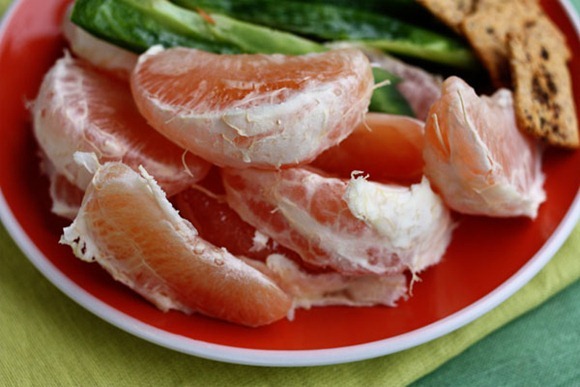 I ended up dipping the carrots into the very ending dredges of my Pumpkin Spice Almond Butter. 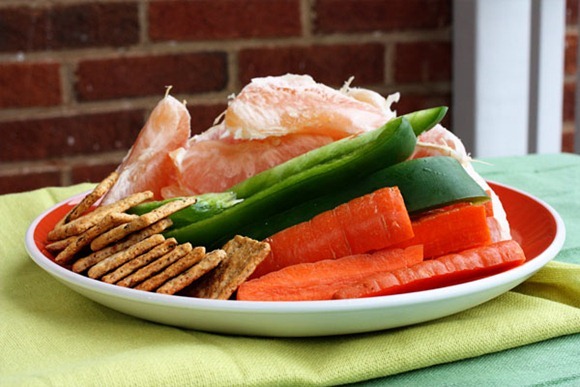 This pretty cup is actually a reusable coffee cup by Sagaform that I got for OpenSky a while ago. Sadly it’s no longer available, but you can find it here. 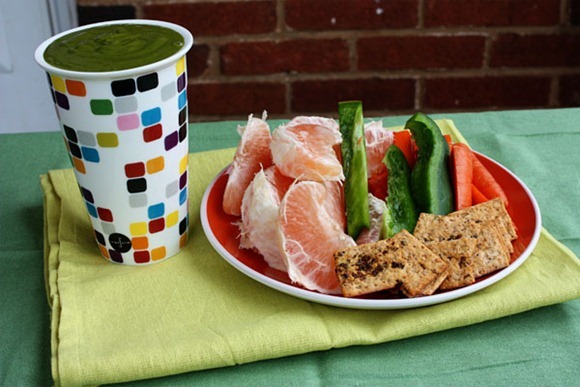 How is it already 4PM and I’m just beginning to digest lunch!! Thinking I might go to Target this afternoon! It’s a long drive up 29 to Target here in Cville, which I guess is good because it means I don’t go spend the big bucks too often! In fact, I’m not sure I’ve been up there since we moved here!