You are here: Home / Nutrition / Mazen Eats Real Food – Through The Years 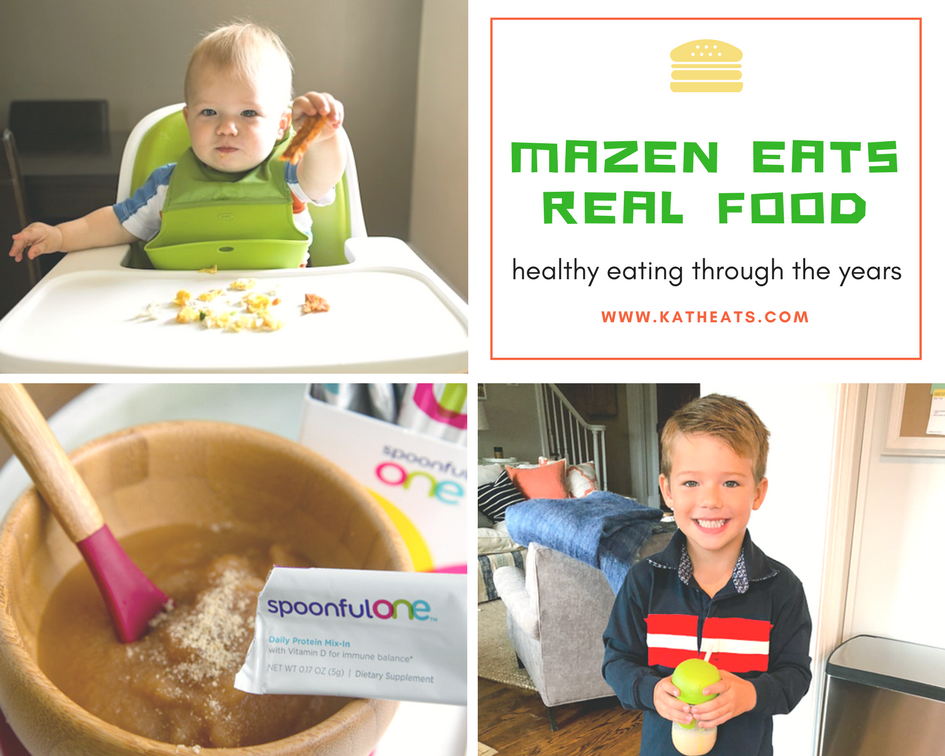 KERF is founded on curiosity about what one person may be eating and the context around it. Naturally, I assume that translates to Mazen! So many of you have become parents along with me, and I am equally interested in how you feed your children. I’ve written several posts throughout the years about our efforts to introduce healthy food and good eating habits to Mazen.  I want to summarize those here and introduce a new product – SpoonfulOne – that might be helpful for new parents just getting started. It’s good to give your child a healthy edge. 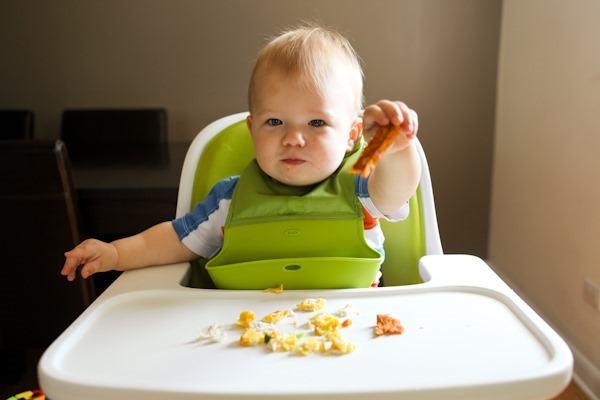 We dietitians like to say “under one is just for fun.” When Mazen was born, the recommendations were to wait until he was 6 months old to introduce solid foods, and to do so in a slow and spaced out way, especially with foods known to be common allergens. We began with simple whole, smashed foods like oatmeal, avocado, banana, and sweet potato.

Boy loved him some avocado! 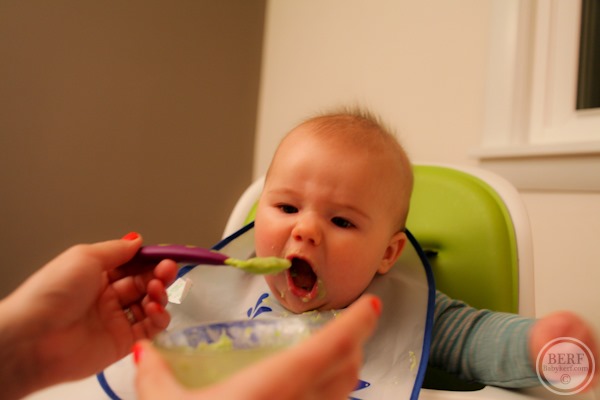 The recommendations have changed dramatically in 5 years! Currently, pediatricians have concluded that there is no reason to delay the introduction of all foods past when your baby is showing signs of being ready for solid food. Moreover, delaying this can actually increase the risk of allergies. Introducing new foods can be a little nerve-wracking. To make this process as simple and gentle as possible for new parents, a Stanford pediatrician, allergist, and mother of five developed SpoonfulOne. 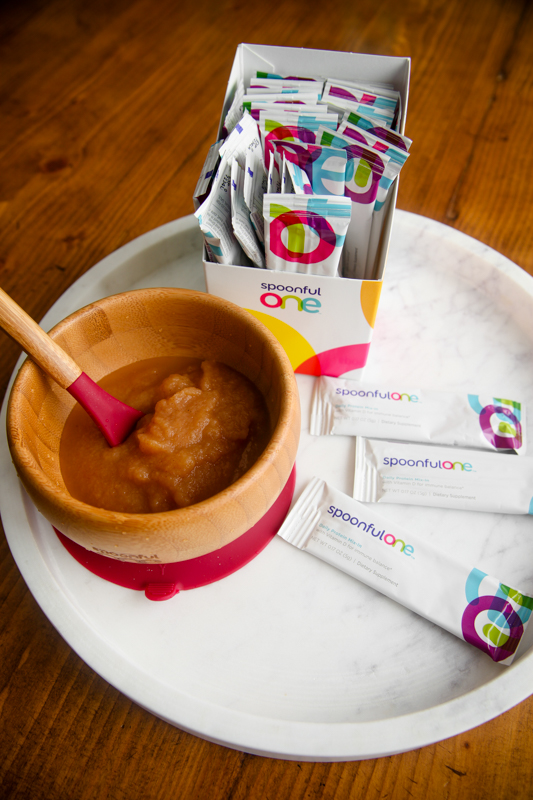 SpoonfulOne is a daily supplement powder that gently introduces your child’s immune system to all the common foods that could potentially become allergens. SpoonfulOne is made of real foods – no preservatives, artificial sweeteners, flavors or dyes – and is delivered as a powder in packaged in pre-measured single-serving packets that are convenient and easy to mix into any food your child enjoys, such as oatmeal, applesauce, or mashed whole foods. It not only covers peanuts, but all other common allergenic foods like shrimp, soy, and other tree nuts that may be difficult to include into your child’s daily diet. 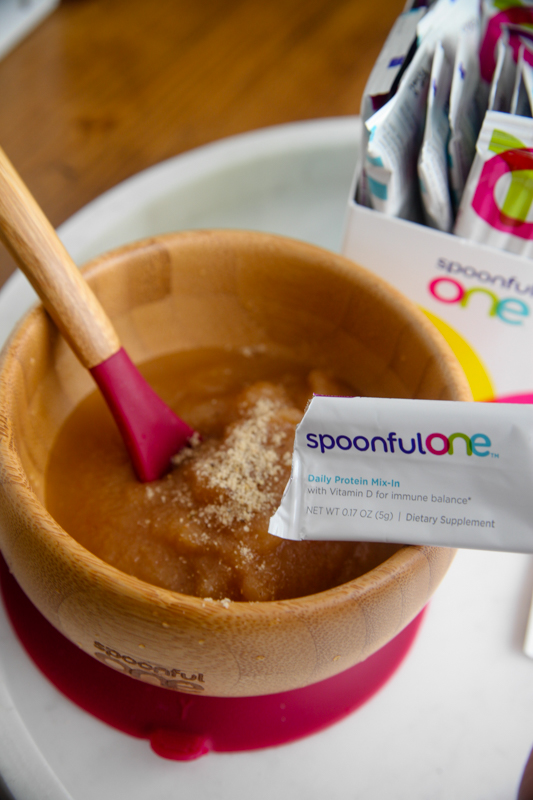 It has been well tested and is a gentle way to proactively train your child’s digestive system for all the foods that follow. Especially if allergies run in your family, SpoonfulOne would be a great product to ask your pediatrician about. Check out the product website for more information and FAQs. 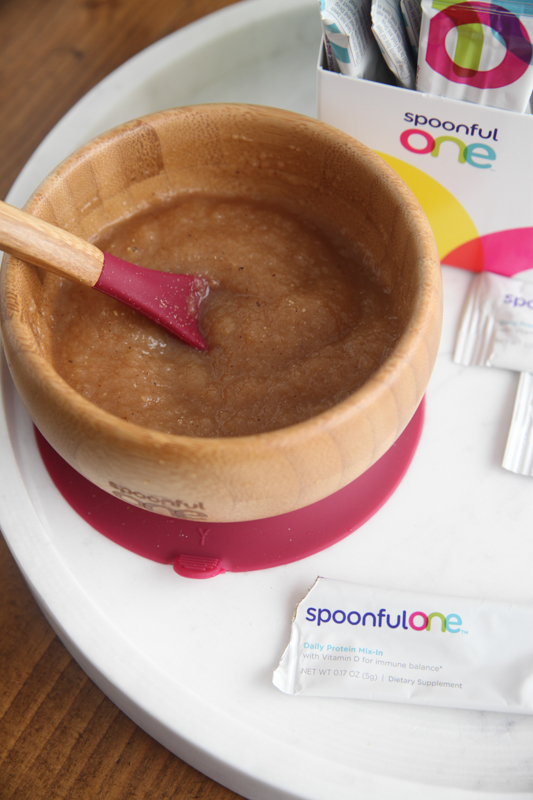 After his first birthday and as Mazen weaned from nursing, food became much more of a focus. We aimed to change flavors and textures to expose him to as many different things as possible. I made a lot of homemade purees, and he was a great eater in the early days and would chow down on finger foods like peas, bits of No Bull Burger, beans, and scrambled eggs. Since he couldn’t really chew lettuce yet, I often made green smoothies for the both of us. 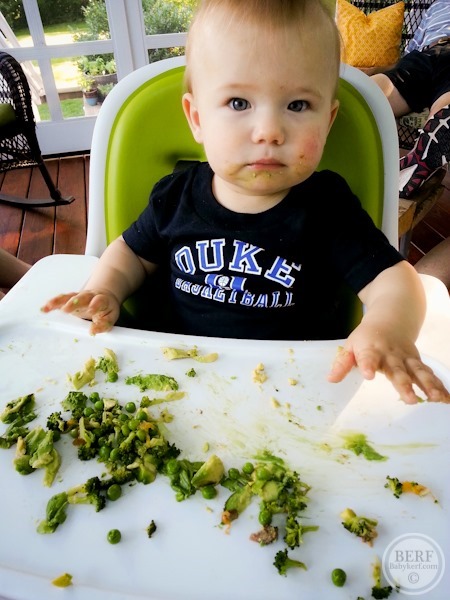 I knew that despite his early willingness to eat a wide variety of healthy foods that a picky stage would likely come, and around age two it did. (I also think I overdid the scrambled eggs and No Bull Burgers because they were just so easy!) Looking back, I should have offered him a wider variety of foods I was making for dinner in baby form. This diversity would also help him with building immunity early. For a while the options he liked were very limited. I didn’t stress, as I know that many toddlers go through this stage. 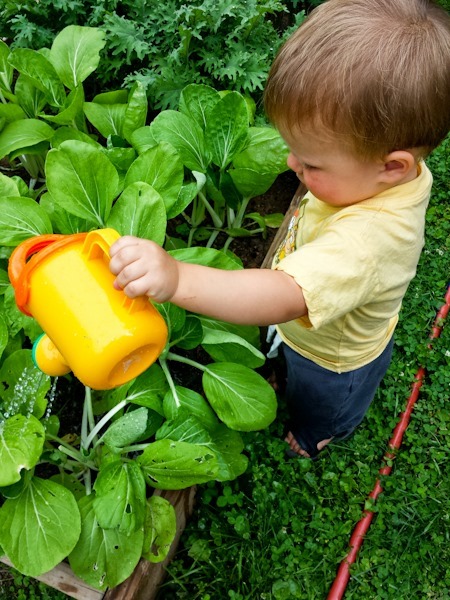 Luckily, he always loved the veggie-based pouches, so those were the bulk of his vegetable nutrition for a while. He was also very good at baby sign language, and we relied on that for him to tell us what he wanted (which might have been related to the shorter list of accepted foods!) As he learned to talk we made some progress on his diet, and I wrote this post about his meals. 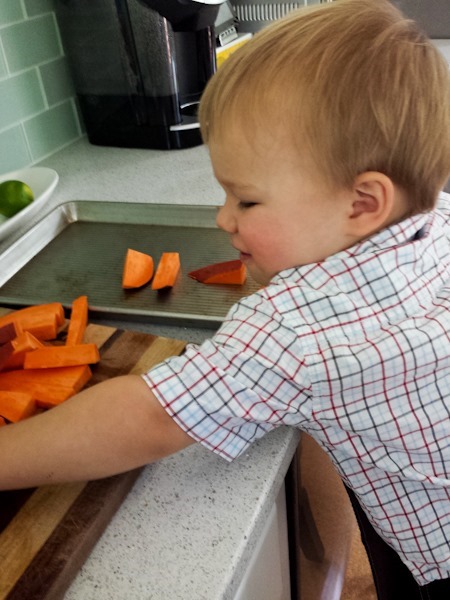 By the time Mazen was four years old, we started to put our foot down a bit more with the pickiness. We used the same “division of power” strategies we did with things like putting on jackets or teeth brushing – the parents decide what and when and the child decides which and how much. The short order cook days were over, and Mazen was old enough to sit at the table and eat with the grown-ups. (Not that we didn’t encouraged these habits earlier too, but we were not as strict with him.) We introduced a new food chart that really motivated him to try new things, we had him helping in the garden, and we signed him up for a few cooking classes and camp. We also involved him in cooking in our kitchen more, making pizza or washing produce. The tips in this post were the focus of that year: How I Got My Four Year Old To Eat More Vegetables. 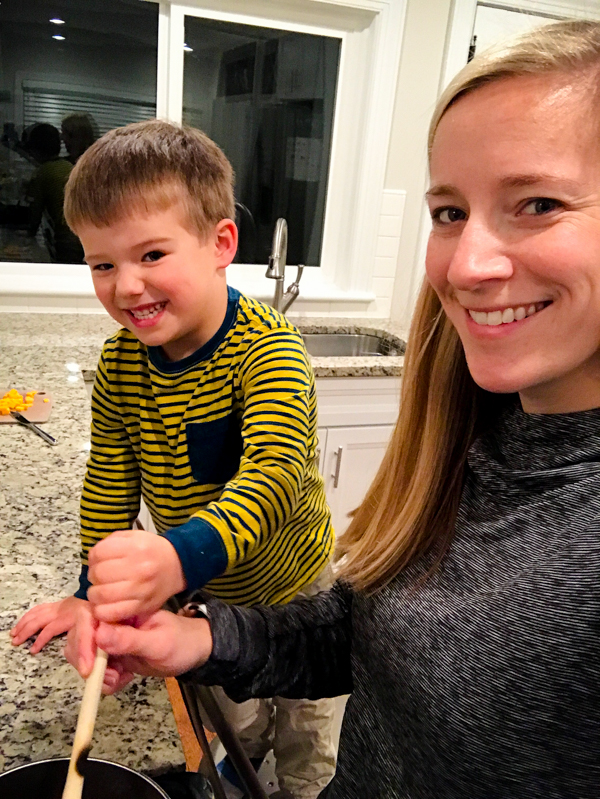 Year Five And Beyond

Now at age five, I would say that Mazen is a very good eater. He likes a variety of vegetables like most lettuces and greens, red peppers, carrots, mushrooms, etc. (even if mayo dip is involved!) He willingly sits at the table for dinner and participates in the “how was your day” conversation. And, he tries new things on a regular basis with only a little bit of opposition. While he doesn’t have what I would label a “gold star diet,” few five-year-olds do. We do need to work on snacking and sweets. I always say it’s easier to add than subtract, so until now we’ve focused on adding healthy foods rather than minimizing junkier foods and treats. That time might be now! 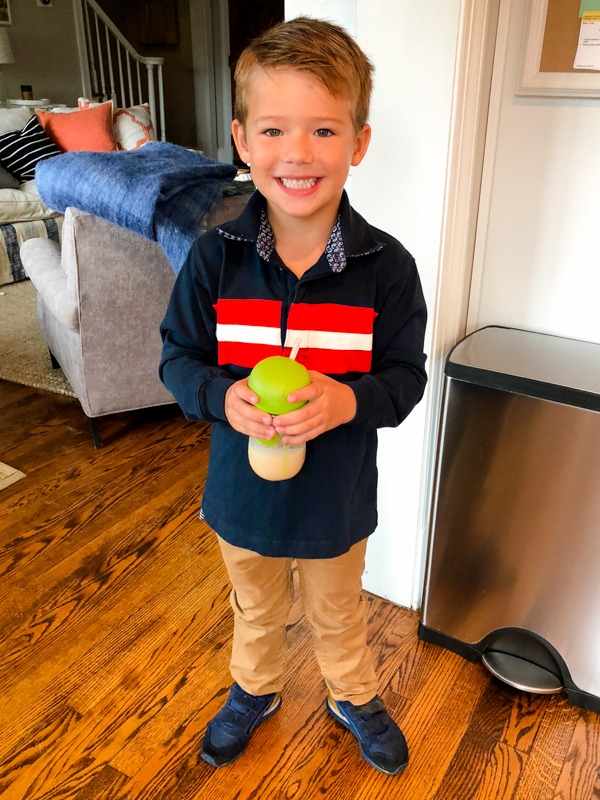 I’d love to hear from you guys – those with babies, nieces and nephews, or even older kids. What are (or were) your biggest challenges and surprises? Are you a family who has to navigate allergens?