You are here: Home / Motherhood / How I Got My Four Year Old To Eat Vegetables 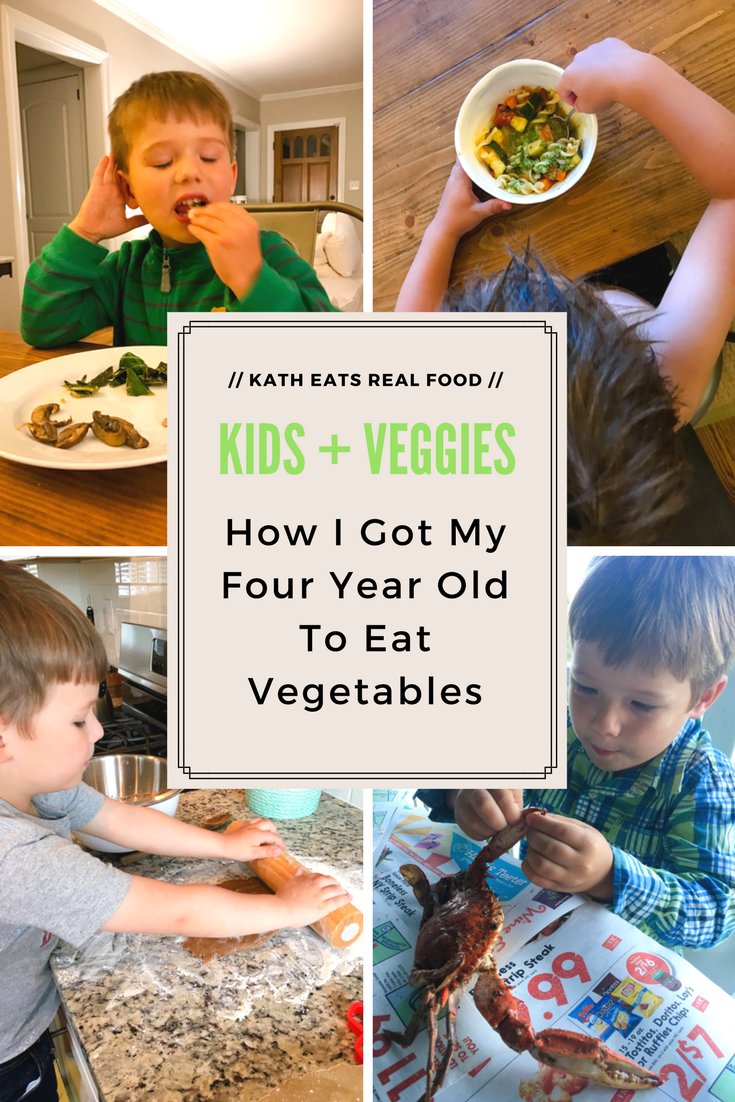 I get asked a lot how Mazen learned to eat healthy foods like kale salad, mussels and asparagus. Just as every child has a different temperament, I don’t think there is a one-size-fits-all formula to encourage healthy eating in kids. However, I can share my story in the hope that it might help your kids too! Here are ten things that Matt and I (and Thomas and our extended family) have done this year to encourage healthy eating. 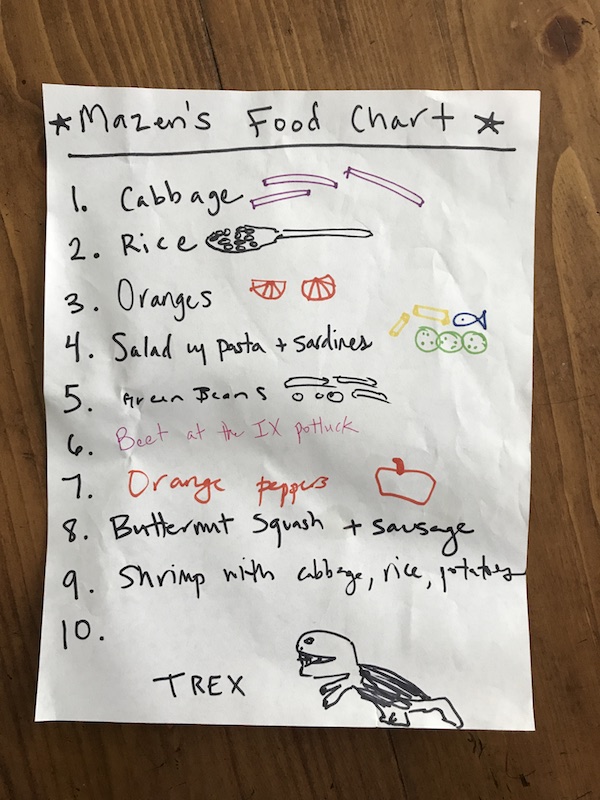 I certainly don’t have all the answers, and might be doing something that goes against what the experts recommend. But knowing my own child’s temperament, we have made huge strides towards eating a diverse array of vegetables (and healthy foods in general like fish and brown rice) this year. No parent’s choices will be perfect, and Mazen doesn’t jump up and down for vegetables (except for spinach pizza!). But the difference in his attitude towards healthy food between ages three and a half and almost five is huge.

Please share your success stories, struggles and tips! We’re all here to help one another 🙂